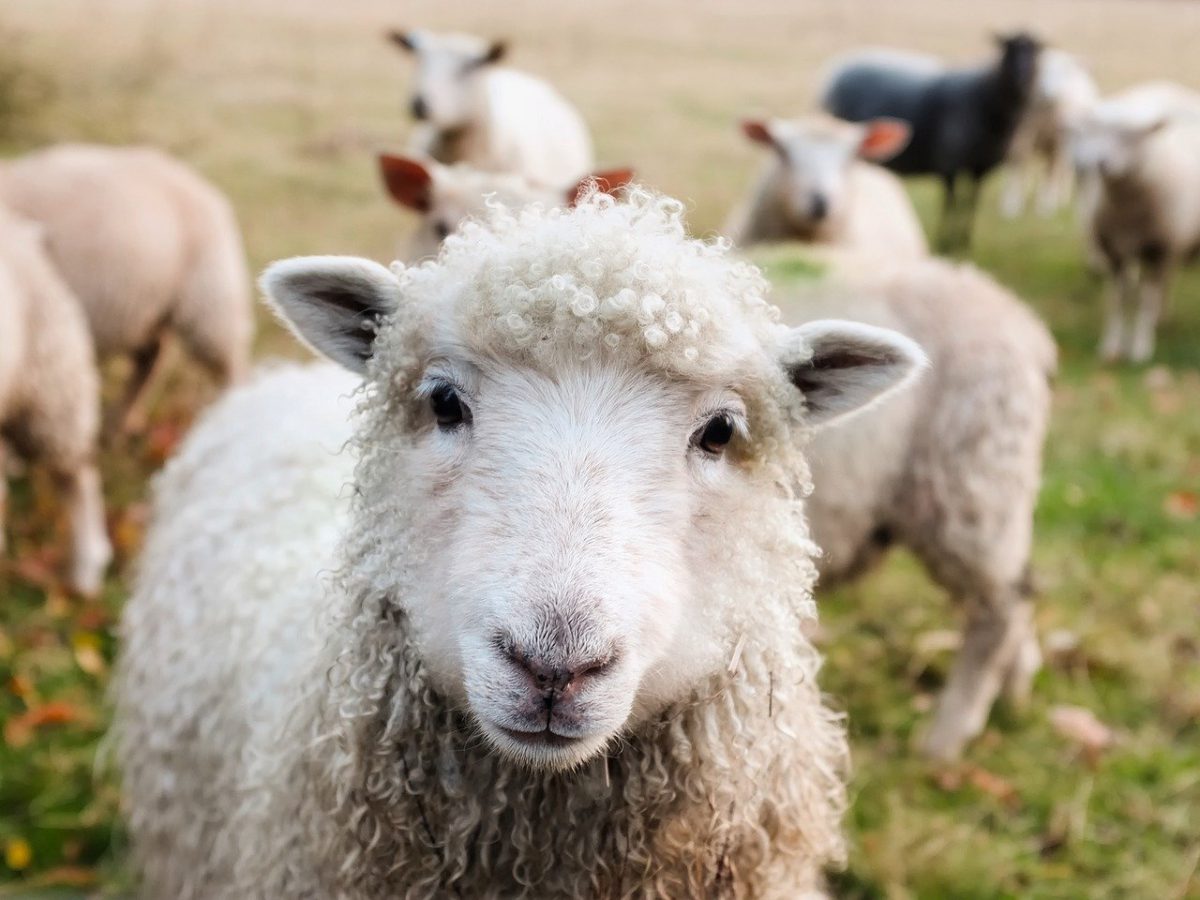 Bitcoin’s rising market dominance meant that Bitcoin was still outperforming most altcoins, with the same climbing to 69.75%, at press time. EOS settled into a phase of consolidation above the $2.6-support level after the rejection at $2.72. Finally, Basic Attention Token‘s charts suggested that it was on a downtrend, while NEM consolidated under a level of resistance. 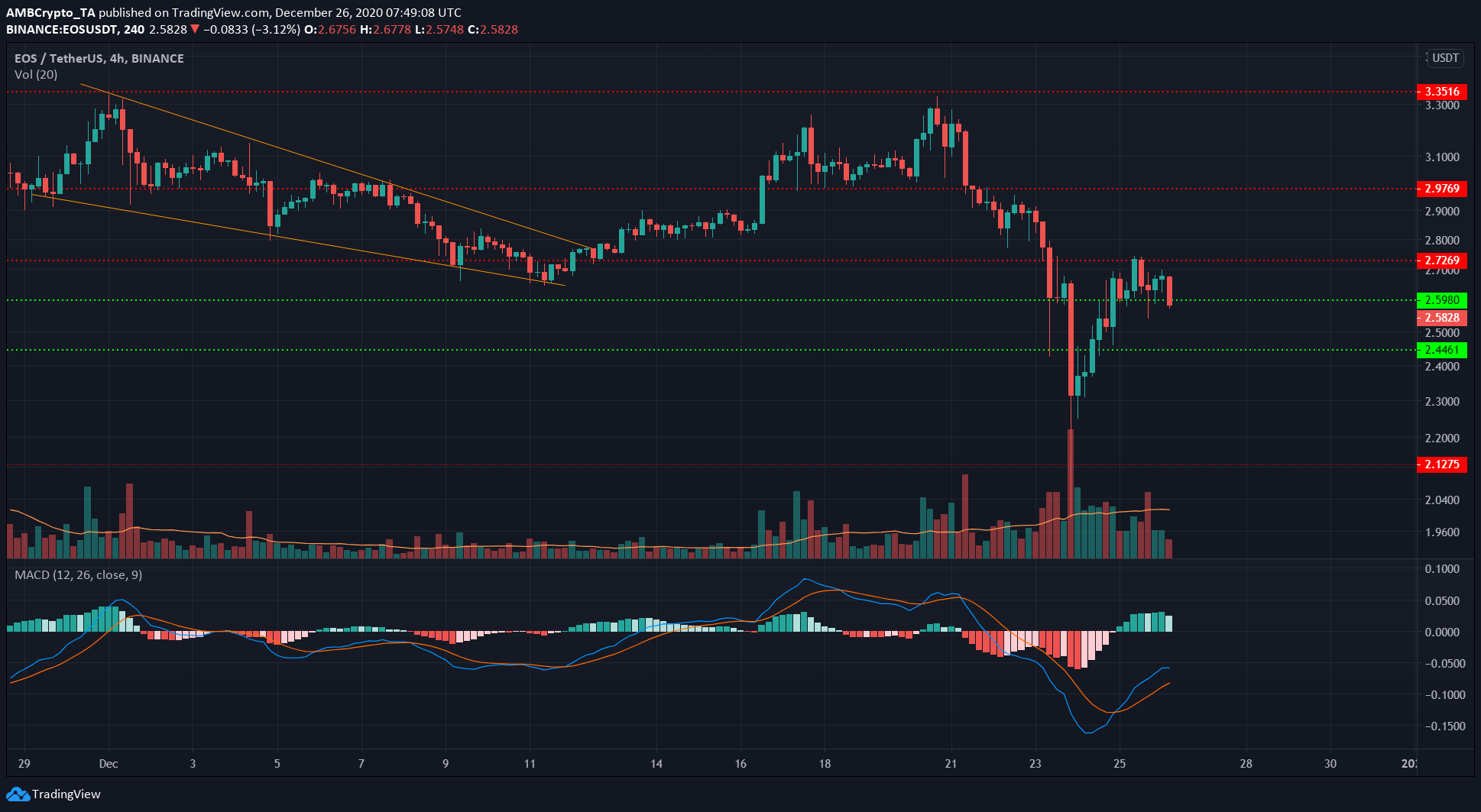 The cryptocurrency’s price straddled the $2.59-level of support over the last few days after an unconvincing bounce followed a dip to $1.99. Unconvincing because EOS was trading at $3.35 just five days ago, and the sharp drop of nearly 22%, despite the bounce, showed that momentum was on the side of bears.

The MACD formed a bullish crossover, but it was still moving under the neutral line. The trading volume was minimal for Basic Attention Token [BAT].

At the time of writing, the price appeared to dive under the level of support. A session close beneath and retest to confirm the S/R flip of the same level would suggest a downside for EOS in the next 24 to 48 hours. 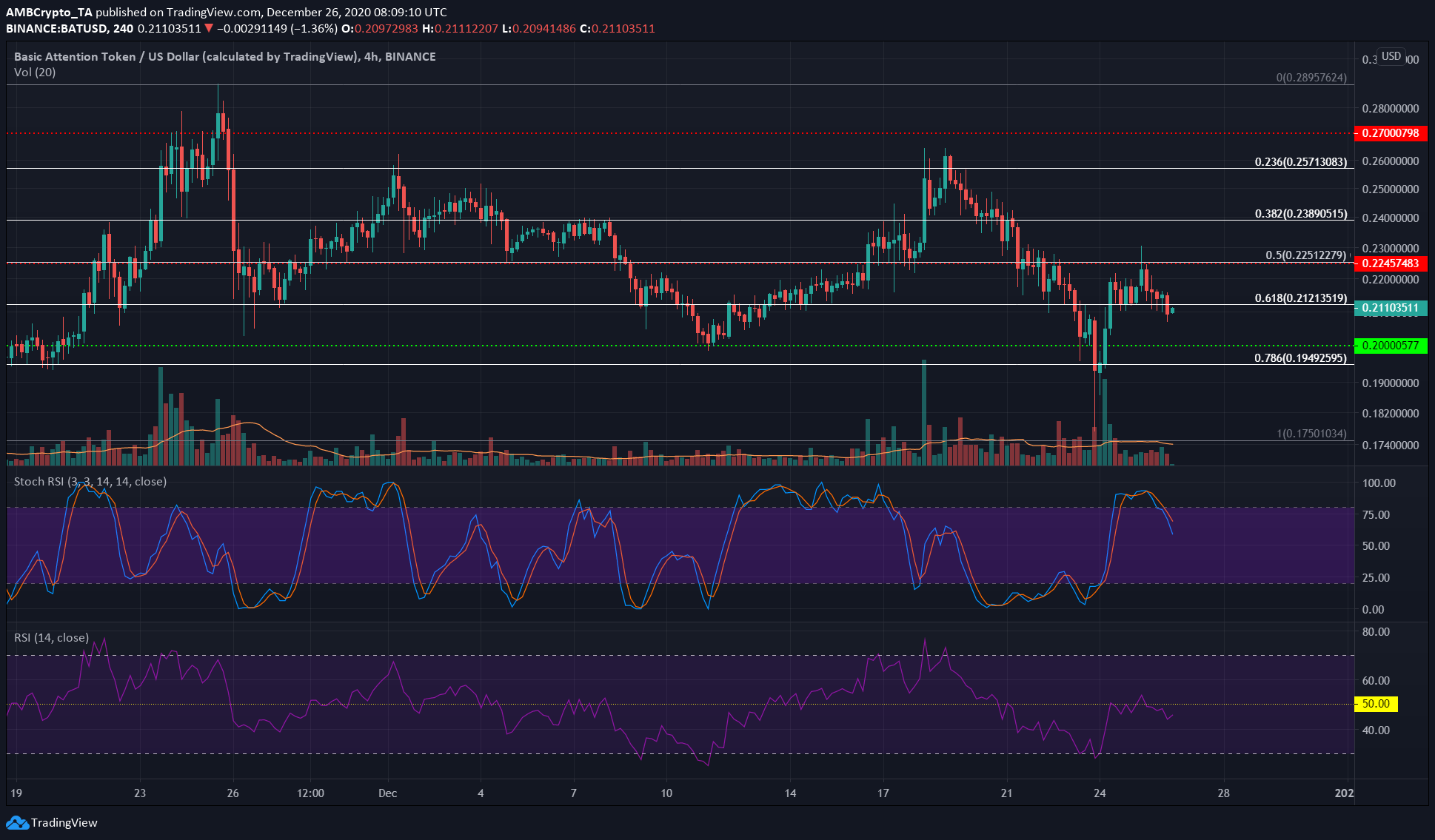 The attached chart looked grim for BAT on the 4-hour timeframe. The price had retraced past the 61.8% Fibonacci level for its surge from $0.175 to $0.289 in November.

The price was able to bounce off the 78.6% retracement level on the freefall it saw over the past week. And yet, the RSI retested 50 as resistance as the price bounced. It stayed under the level to indicate that a downtrend was in progress, while the Stochastic RSI had also begun to fall from the overbought region. 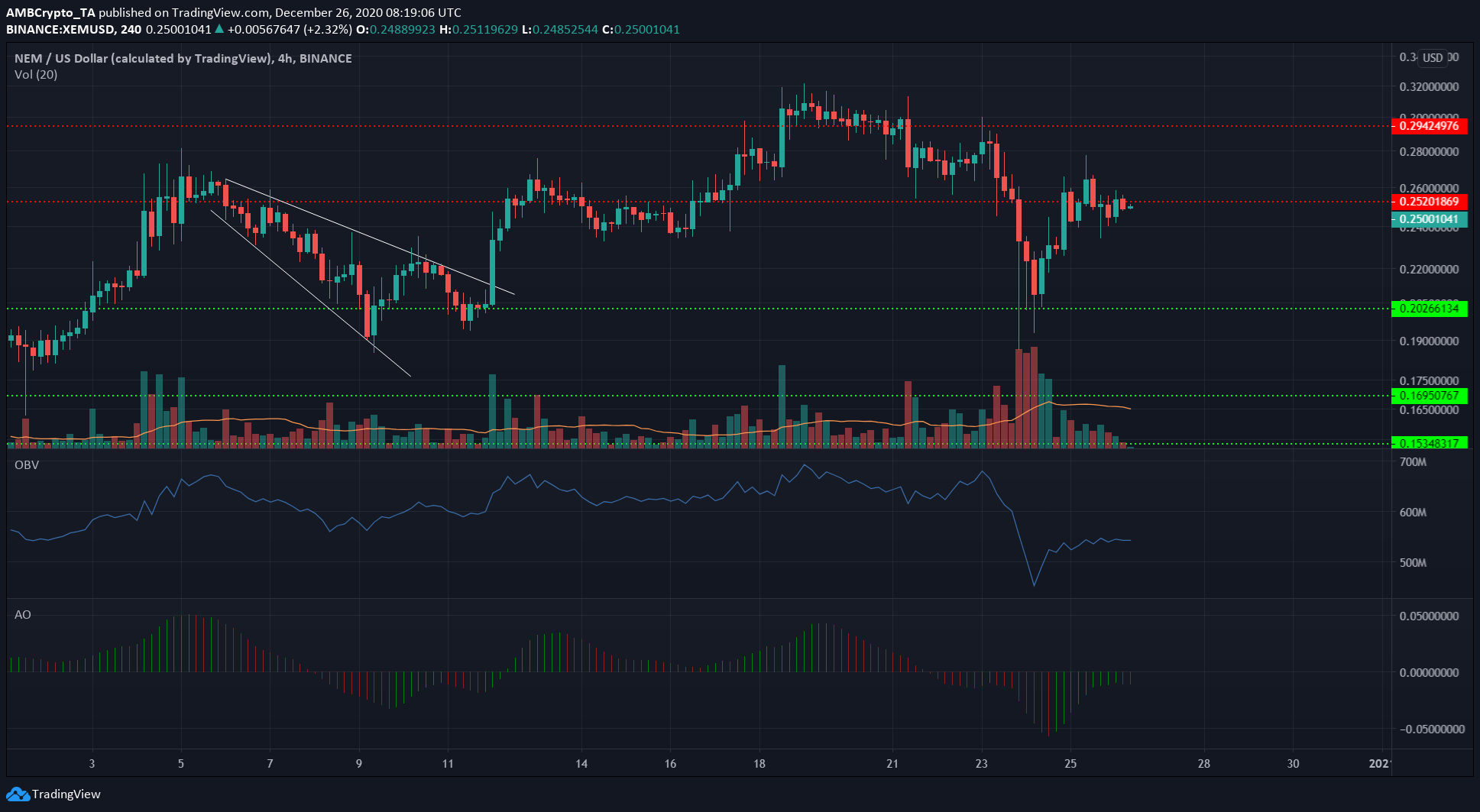 XEM was a similar story as BAT on the charts in the short-term. While it recorded a drop of nearly 32% in 36 hours, it soon bounced back above the $0.25-level in a matter of days.

The OBV also registered a drop to denote strong selling over the past few days. With the price charts not seeing buying or selling volume dominate the market, a possible equilibrium between buyers and sellers was achieved.

The price could move sideways under the resistance at $0.25 and would need a catalyst to move in either direction. The Awesome Oscillator was in a bearish territory as it formed what could prove to be a valley if another peak was formed under the neutral line over the next few days, which would be a bullish twin peak formation.