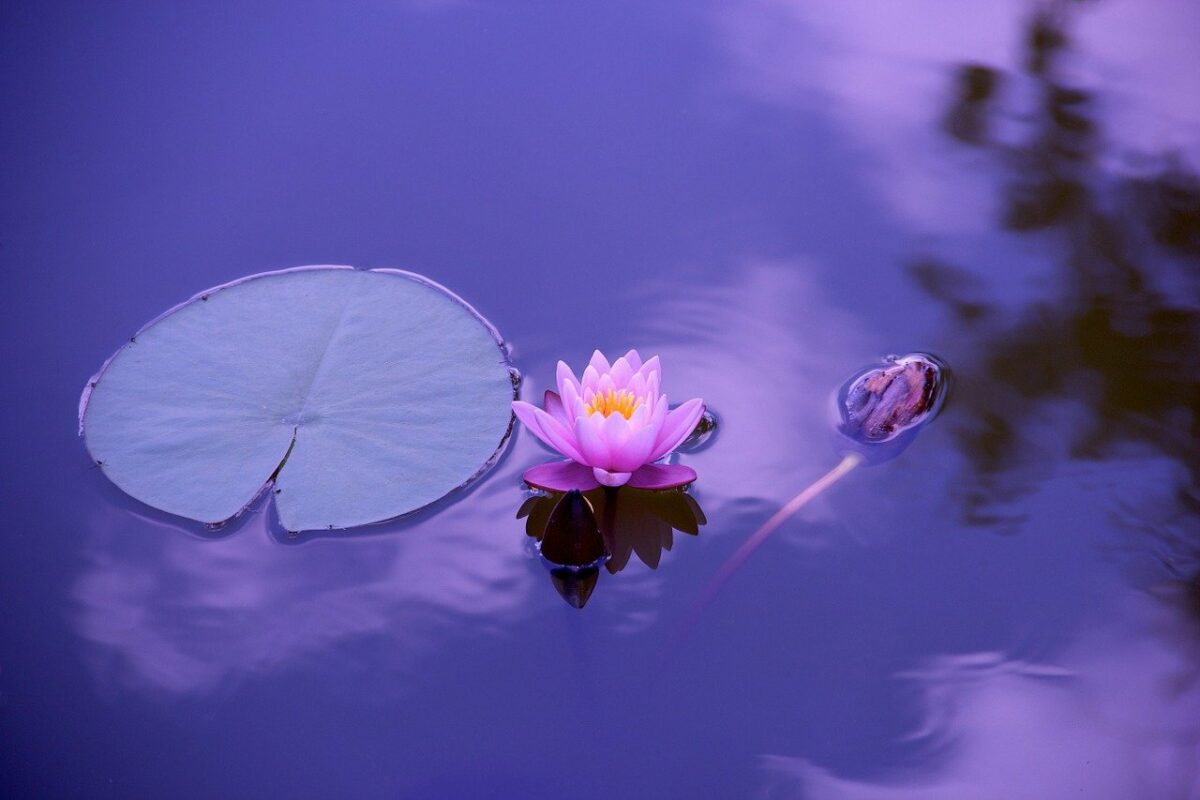 In the hours preceding press time, Bitcoin climbed from $38.5k to $41.5k. This saw the altcoin market climb as well. Solana and EOS were just two of the coins whose short-term market structure appeared to flip from bearish to bullish. VeChain managed to hold on to a support level and looked to climb towards $0.051 on the charts. 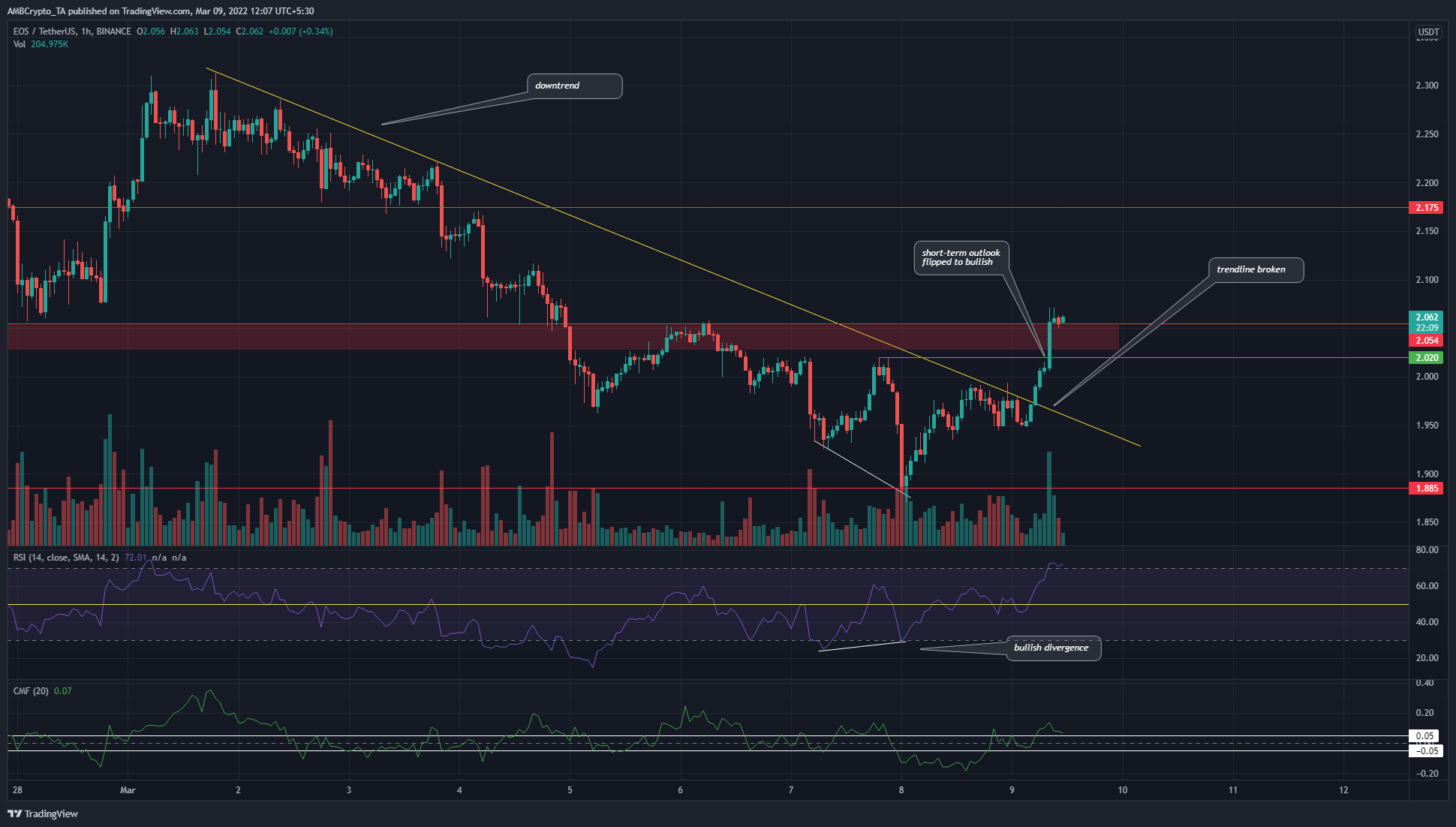 For EOS, the test of the $1.885-support level over the past couple of days saw a bullish divergence develop on the hourly timeframe. The RSI made higher lows even as the price made lower lows. This suggested that bearish momentum has been weakening. The trendline resistance (yellow) was broken in recent hours. Last week’s downtrend and its most recent lower high at $2.02 (green) was also broken.

The $2.05 area (red box) appeared to be flipped from supply to demand. Although the RSI continued to stay in overbought territory, the next couple of days could see EOS make further gains. This bullish scenario would be invalidated upon a session close below $2.02. 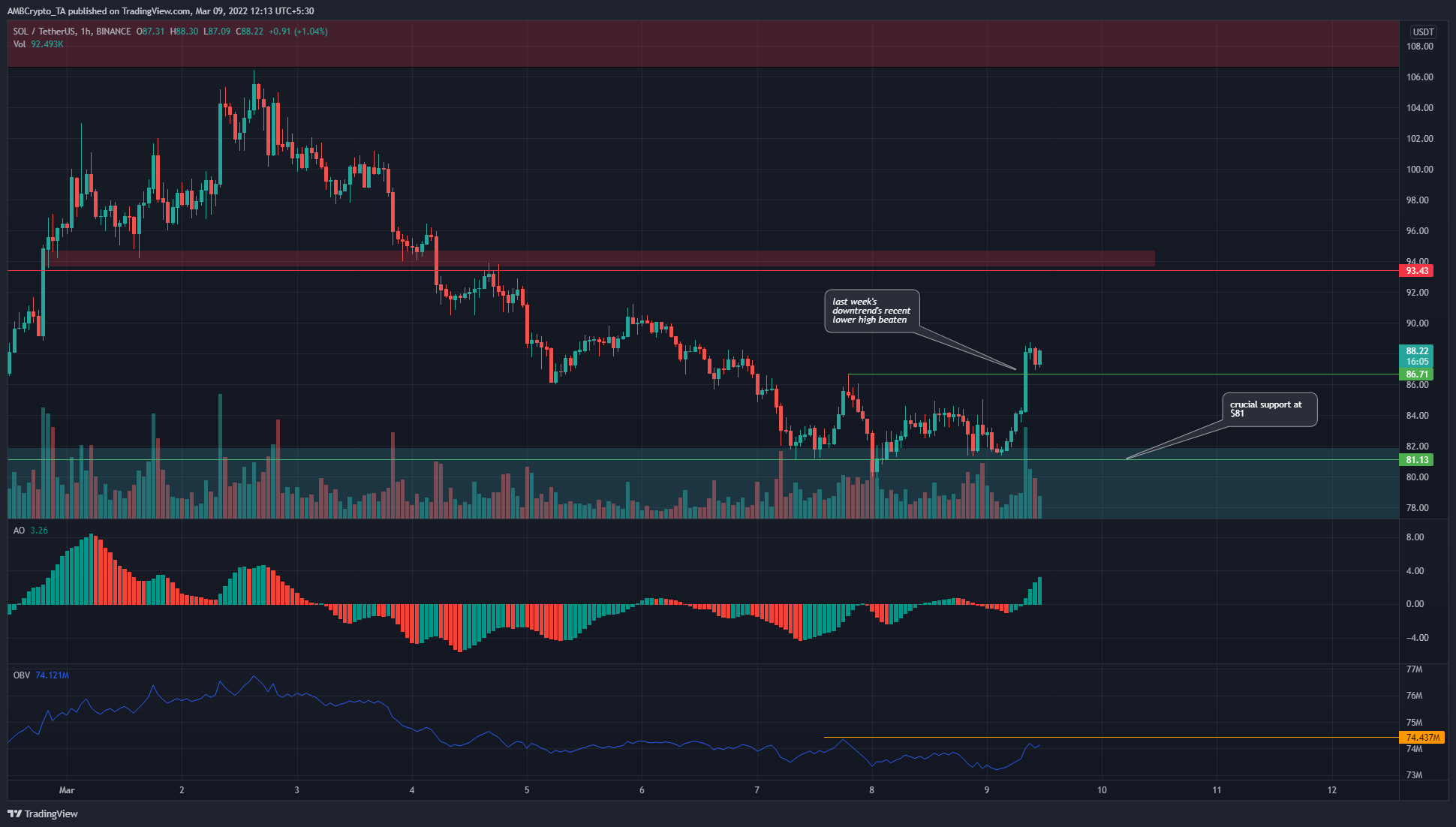 Solana was another coin whose bearish trend from earlier in March was broken in recent hours. $81.1 has been a long-term support for SOL, and the prices have bounced from this level once again. To the north, $93.4 is likely to act as strong resistance.

The Awesome Oscillator has been hovering around the zero line over the past 24 hours. Very recently, it jumped above the zero line to flash upward momentum. The OBV also ticked higher in recent hours. Even so, at press time, it was yet to break above its previous local high (orange). 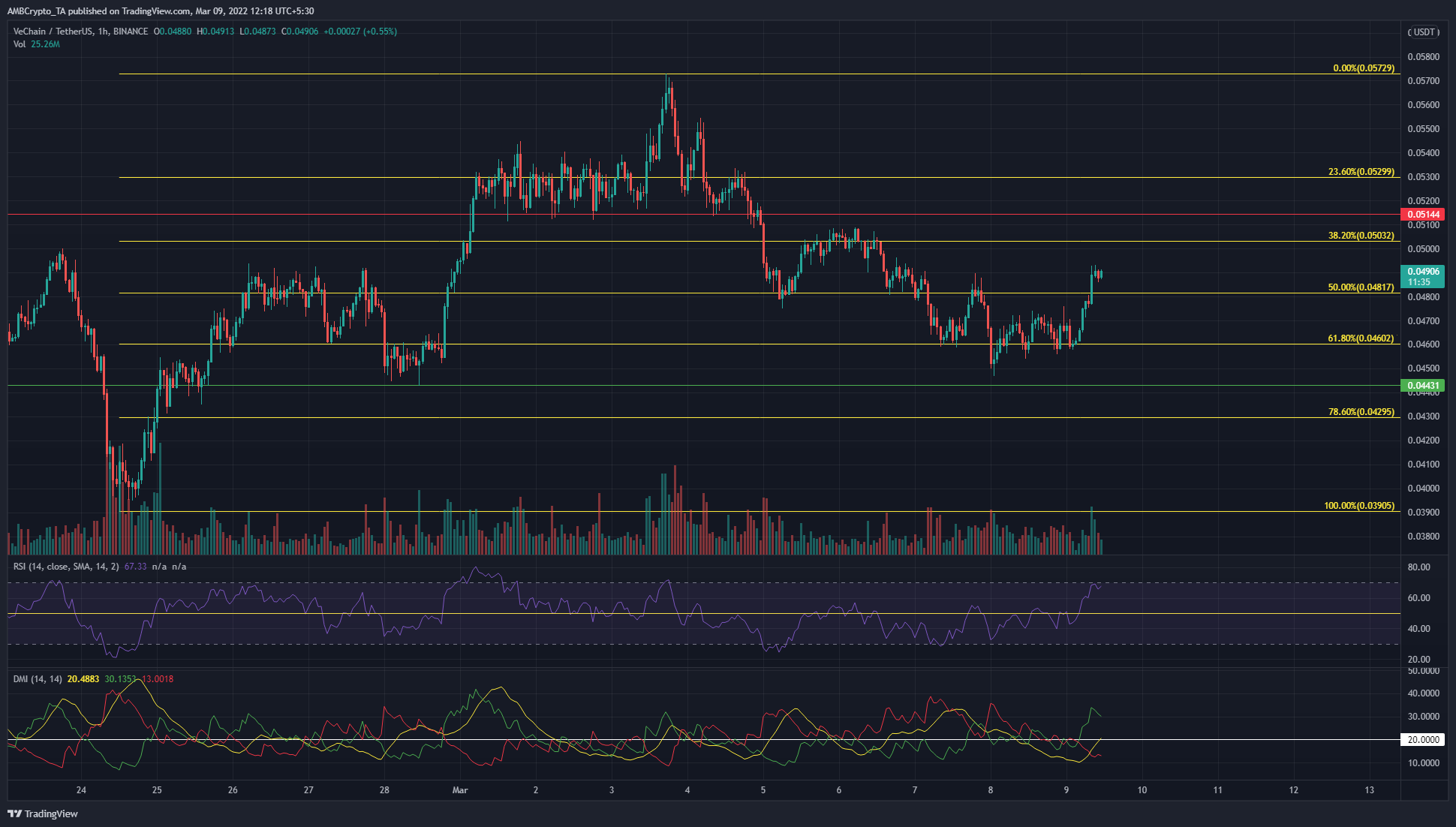 The Fibonacci retracement levels drawn for VET’s bounce in late February showed that the $0.046-level was the 61.8% retracement level for that move. VET found support at $0.046 and climbed higher. The $0.049 and $0.05-levels are important in the near term for VET bulls to capture, and a move past $0.051 would suggest that VET may be heading towards its $0.057 local highs.

XMANNA and Backstage: A partnership to revolutionize the entertainment industry