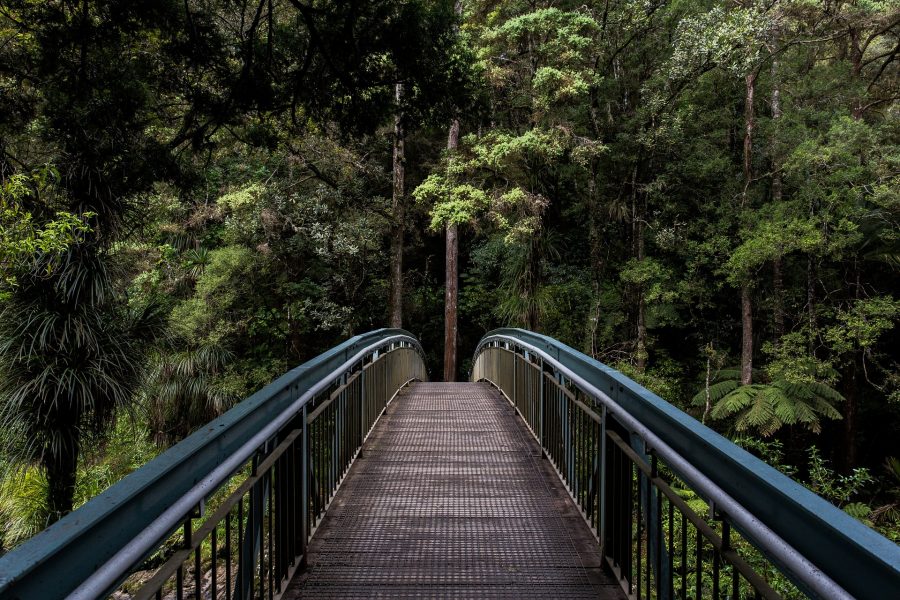 Decentralized Applications or DApps have become a significant part of the industry over the last few years. The world’s 2nd largest crypto-asset, Ethereum’s platform was at the forefront of promoting DApps and over time, EOS and Tron have picked up pace in the industry as well.

According to dapp.com, 2018 was a relatively slow year for both EOS and TRON owing to the bearish crypto-winter. However, 2019 was pretty successful in terms of volume and transactions.

EOS had over 572k total users over the course of 2019, out of which around 518k users were active. A total of 493 DApps were observed with 479 of them active. The volume garnered a massive 4.9 billion in terms of USD, whereas over 2.8 billion transactions were recorded.

Out of the 518,884 active users, it was observed that over 38 percent of them were involved with gambling DApps, whereas social DApps and exchanges made up for only 15 and 12 percent, respectively.

The same was observed in the volume category as well, where 62 percent of the $4.9 billion USD was dominated by gambling DApps. 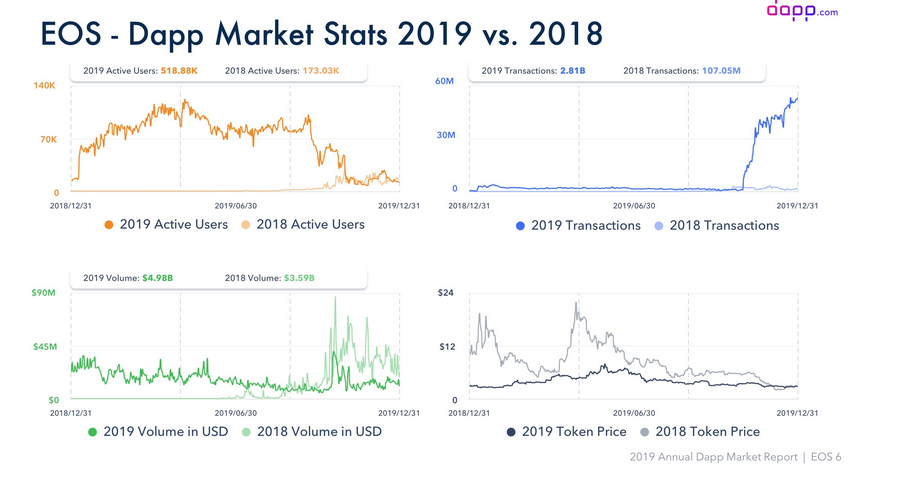 In comparison, TRON had a breakout year in 2019 with over 967k active users out of a total of 1.02 million. Its DApp platform had over 520 DApps, but it was dwarfed by EOS in terms of transactions with only 290 million registered transactions.

Regardless, the data is still impressive considering the fact that TRON launched its blockchain only in 2018.

Like EOS, most of the active users on TRON were associated with gambling DApps, dominating 69 percent of the total users. 88 percent of transactions were also accumulated by gambling applications. 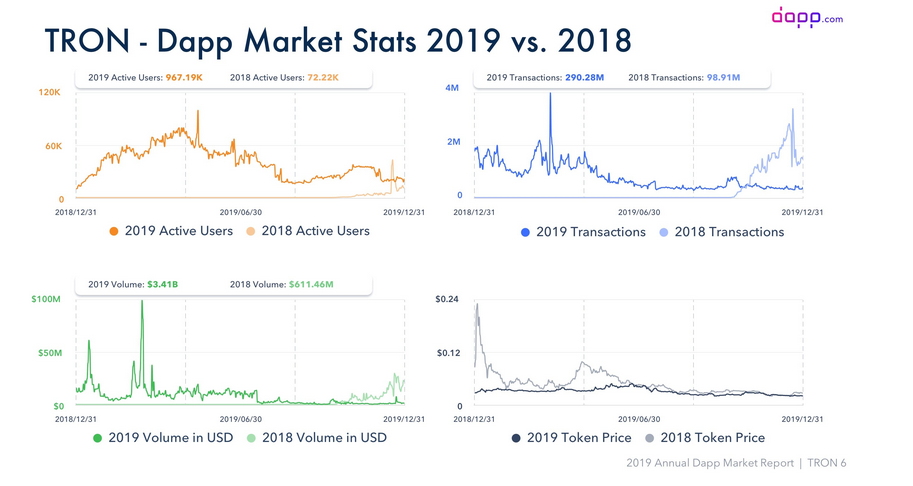 Tron registered a massive 1243 percent increase in terms of active users from 2018 t0 2019, but the token’s price failed to registered any massive growth over the 2 years.

The aforementioned statistics underline the growth of the DApp market and the growing interest being invested in such applications.