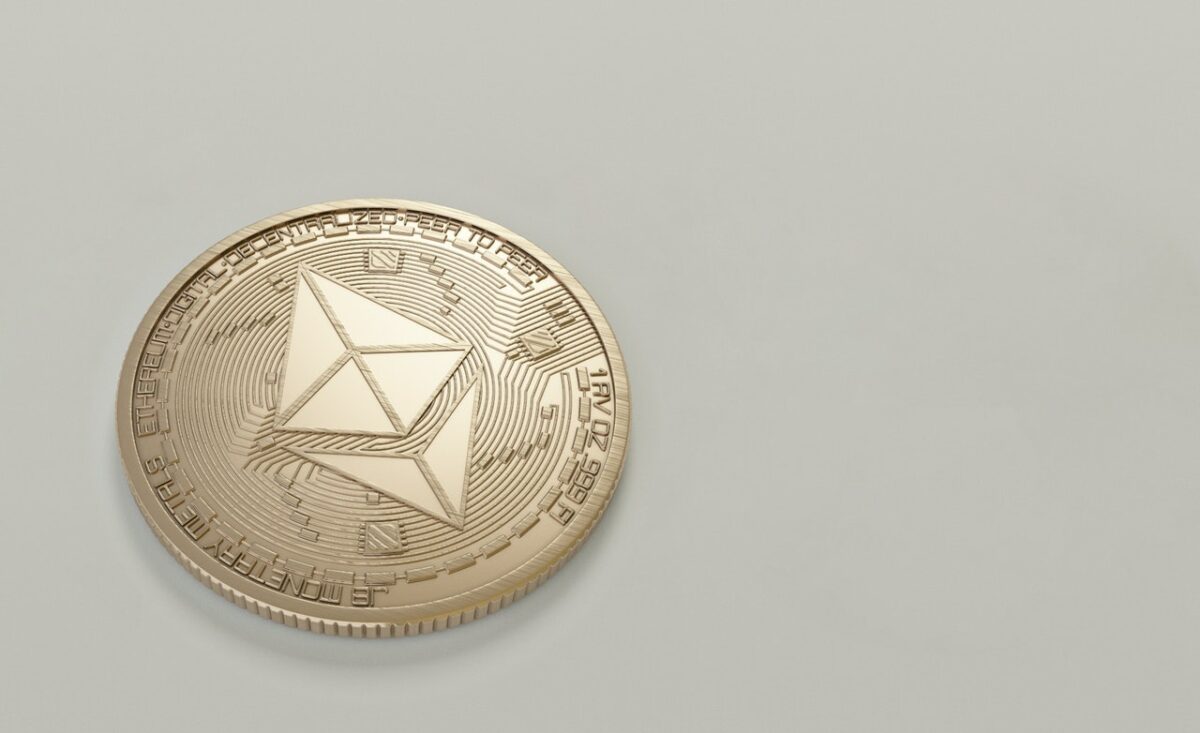 Ethereum, after emerging as the market’s top-performing asset over the last month, has once again tested its price levels under $4000. As Bitcoin slipped under $46k on 20 December, ETH too dropped by almost 5% and traded close to $3,817, at press time.

Over the last couple of days, however, Ethereum seemed to be recovering as narratives of an ETH-BTC flippening spurred once again.

On 19 December, as Ethereum’s price finally pulled above the $4k-mark, the market anticipated a quicker recovery. In fact, there were speculations that if ETH falls below $4k, the next recovery could take time. With the same happening, when can we expect the recovery now?

Even though ETH fell close to the $3800-range, Ethereum’s price as a percentage of BTC’s price is still on an uptrend, just 1% below the last high of 9%.

While one reason for the same can be the two coins’ simultaneously weakening price action, the percentage still keeping up means that ETH performed better than the king coin price-wise. 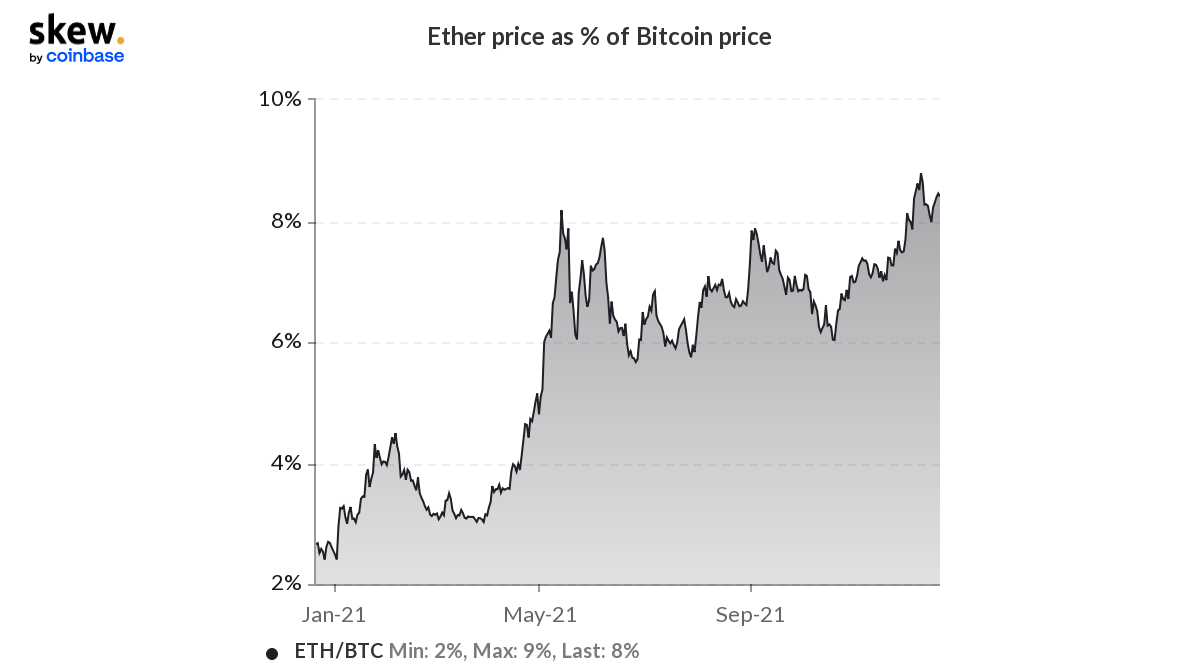 Additionally, ETH’s fall in price at the time of writing looked almost inevitable as Ethereum’s correlation with BTC hiked. In fact, as per data from Into The Block, ETH’s correlation to BTC rose to 0.75, at press time, from under 0.65 on 15 December.

Furthermore, over the last week, there was a spike in ETH supply on exchanges. This was a sign that a decent amount of sell pressure has been looming too.

So, will the recovery have to wait?

Even though it looked otherwise, the next ETH recovery could come sooner. The reason? Well, retail FOMO.

The value transferred in ETH and stablecoins on Ethereum is still skyrocketing. Without the quarter being done yet, the total amount of value settled on Ethereum has tripled relative to Q4 2020, and increased five-fold versus Q4 2017. 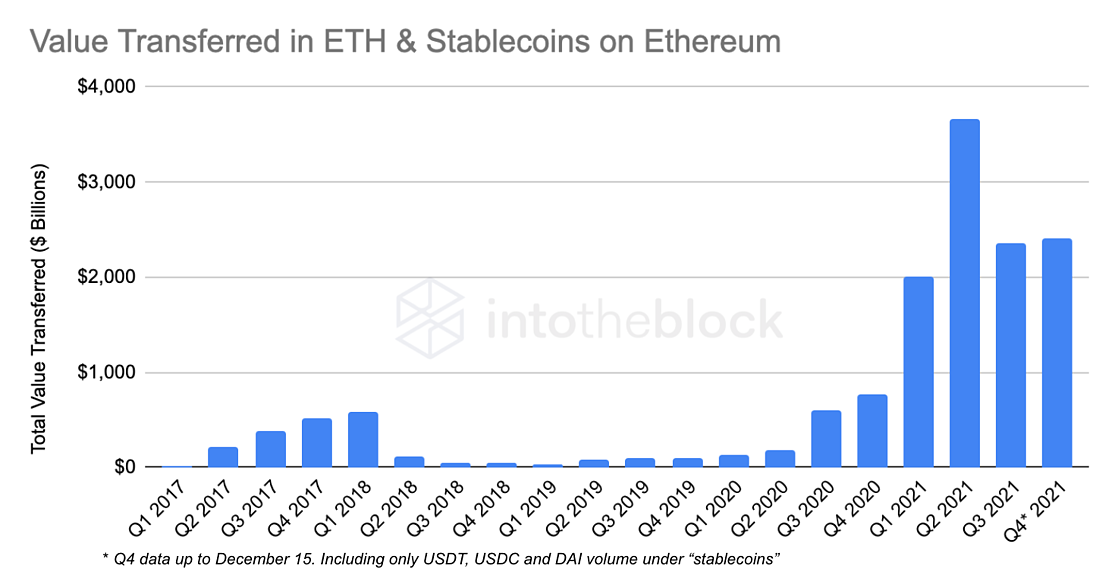 In addition to that, the total amount of ETH paid in fees has grown by over 10x from $430 million in Q4 2020 to $4.8 billion so far in Q4 2021. This is indicative of the high demand and willingness to pay to use the Ethereum blockchain by participants.

What’s more, there has been an increase in Options calls for $7000 ETH by the end of January. What this means is that expectations from the king altcoin remain high, despite recent price pullbacks.

Finally, with HODLers and whales acquiring ETH at a discount, if BTC’s price picks up, ETH can rebound from these lower levels quicker.

Visa shows interest in crypto & NFT space, believes it can be a boon for SMBs

This U.S city becomes the first to add payroll conversion to crypto for employees