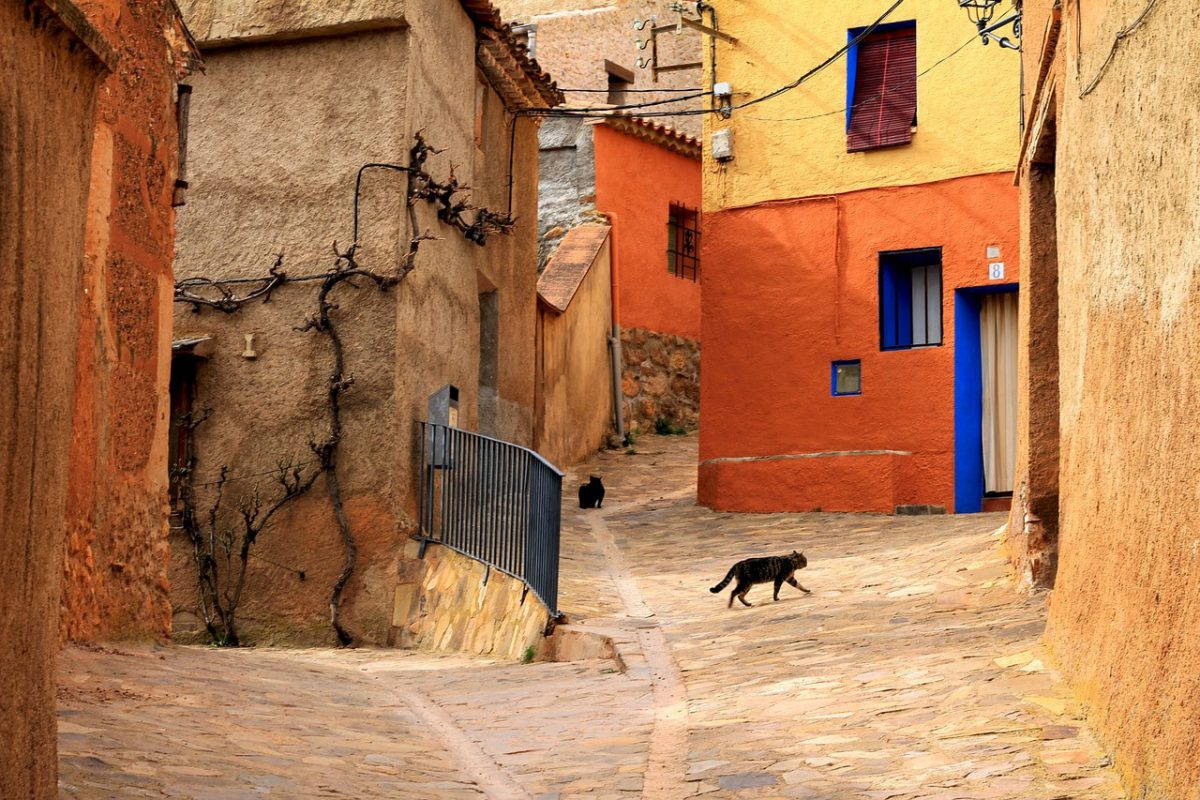 Ethereum found support at $1700 and rose higher with $2000 as its target. Aave threatened to drop toward $480 in the coming days, and Monero shot past the $200 mark with $220 the next level of resistance for the bulls to test. 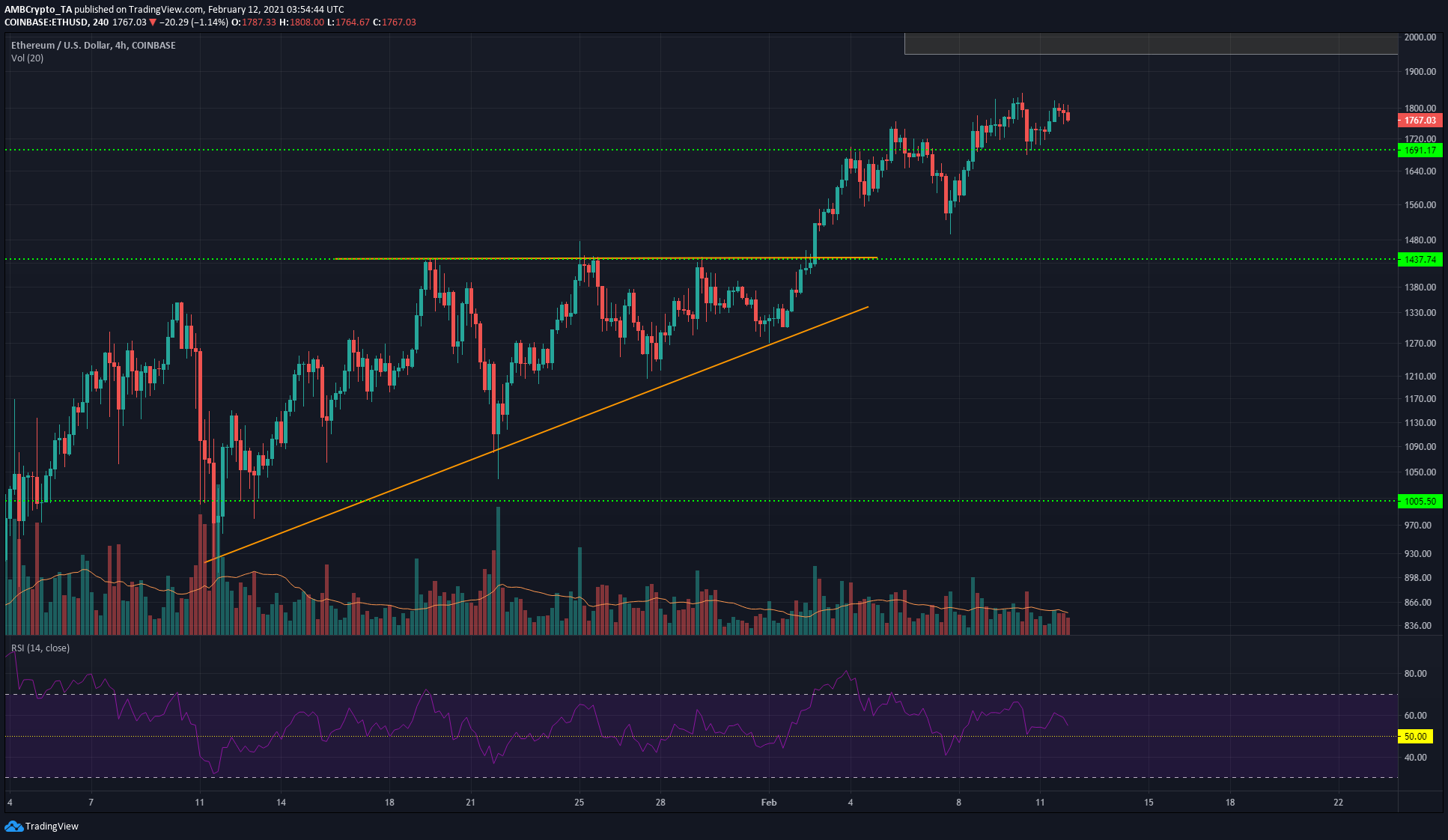 Ether broke out of an ascending triangle pattern a week ago. Its technical target for the breakout is $1950, but it has faced some stiff resistance at the $1800 mark. However, the indicators painted a bullish picture for ETH.

The RSI was above neutral 50 on the 4-hour chart, indicating that the uptrend was still in progress. In the short-term, the second successive rejection at $1800 meant ETH could drop back toward $1700 once more.

However, on longer timeframes, ETH continues to remain bullish. 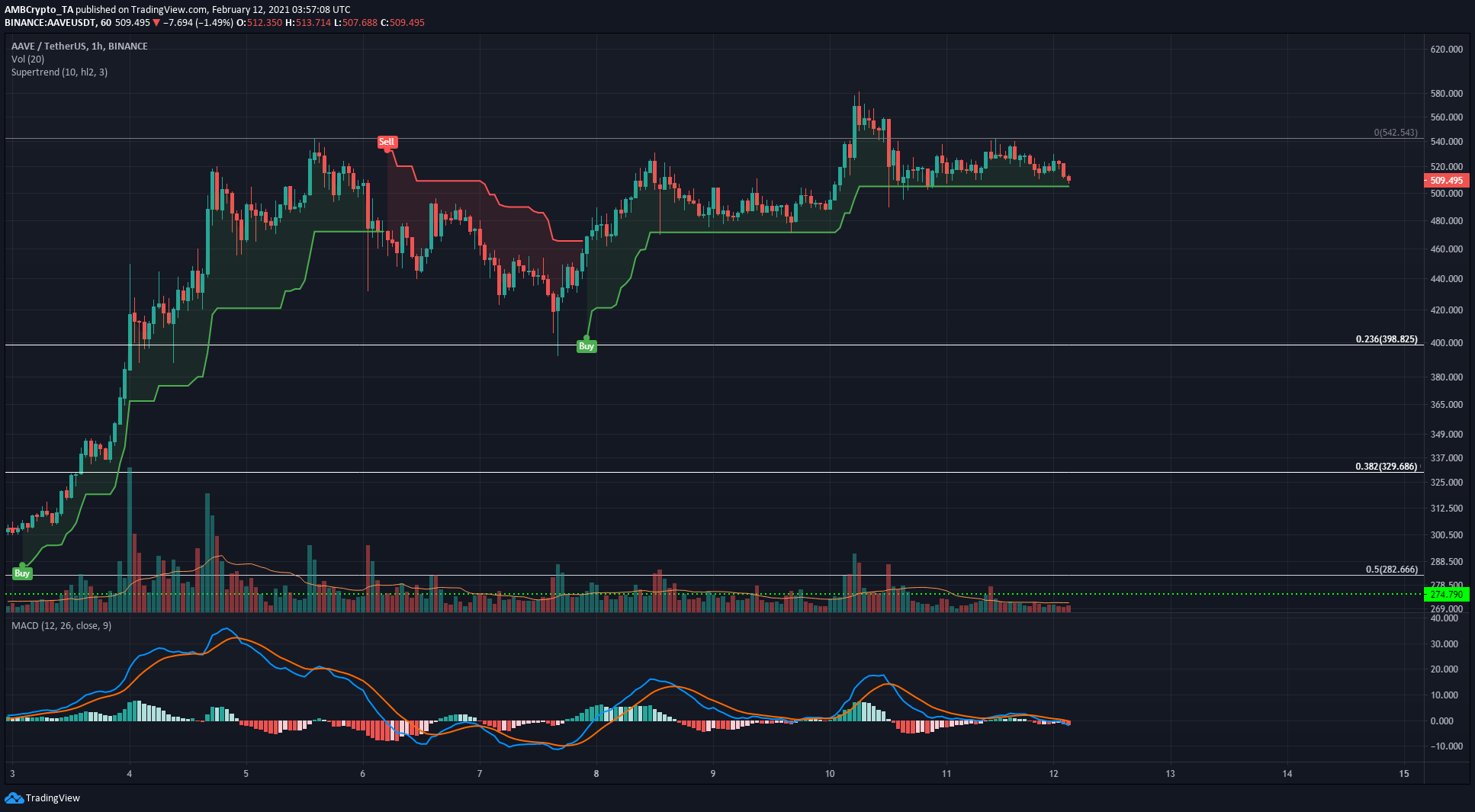 On the 1-hour chart, AAVE threatened to drop beneath the support highlighted by the Supertrend indicator at $504. Over the past week, AAVE has found resistance near the $540 mark, and although it climbed past this level to touch $581, selling pressure forced the price lower.

Dropping below $500 will likely see AAVE move toward $480, and further bearish pressure could see a retracement down to $420 for AAVE.

The MACD formed a bearish divergence and crossed over beneath the zero line to give a sell signal. 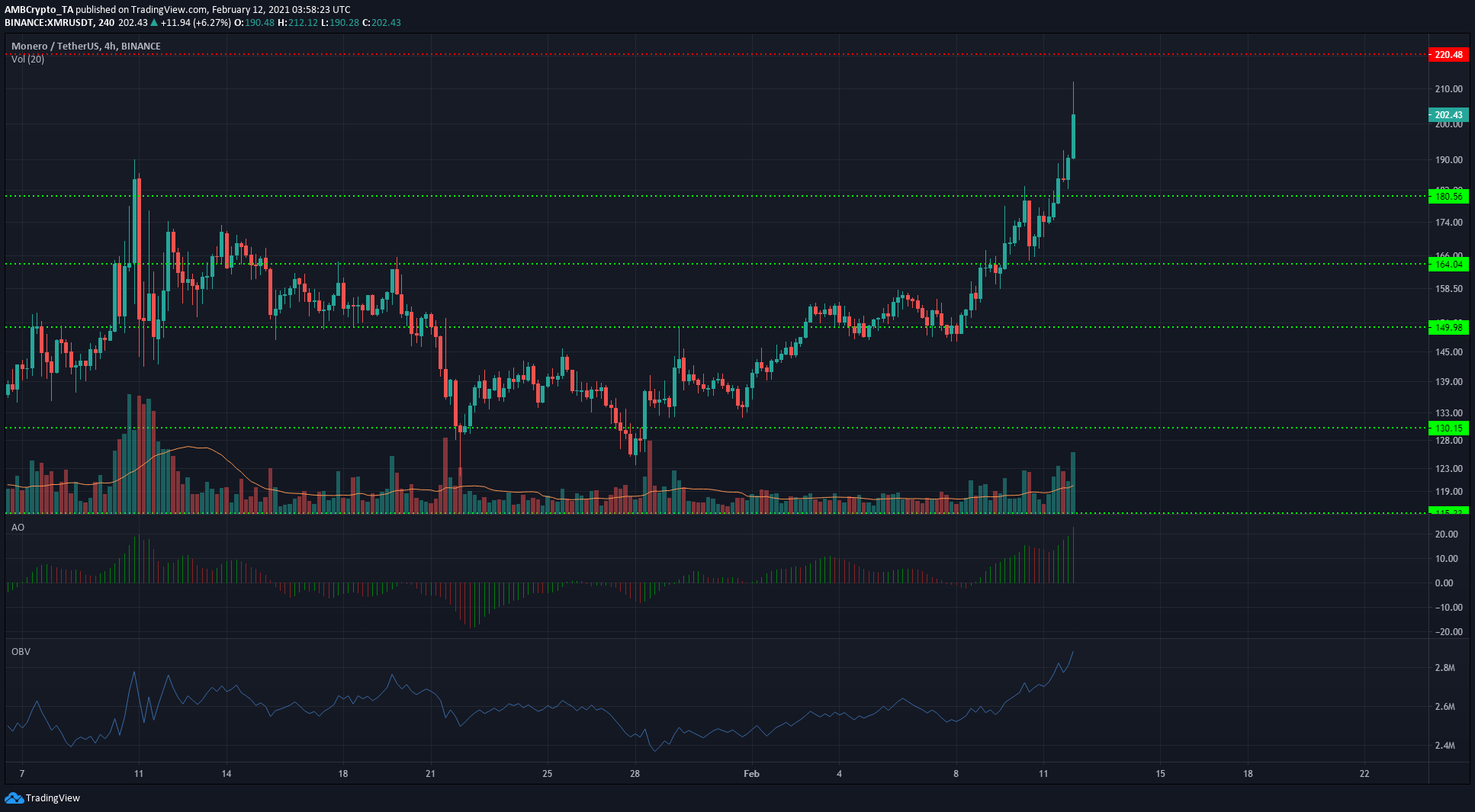 Monero surged past $180 less than a day previously. It had already tested and been rejected from $180 in mid-January when a climb past the level was swiftly reversed and XMR forced to retrace to $130.

The recovery has been steady and genuine demand from buyers has been present, according to the OBV which showed an uptrend. The Awesome Oscillator also showed strong bullish momentum.

For XMR, the next level of significant resistance lies at $220. The breakout beyond $180 had strong trading volume, a sign of market conviction. It is likely that XMR will test $220 over the next few days.

Why Bitcoin and gold can work together for your portfolio