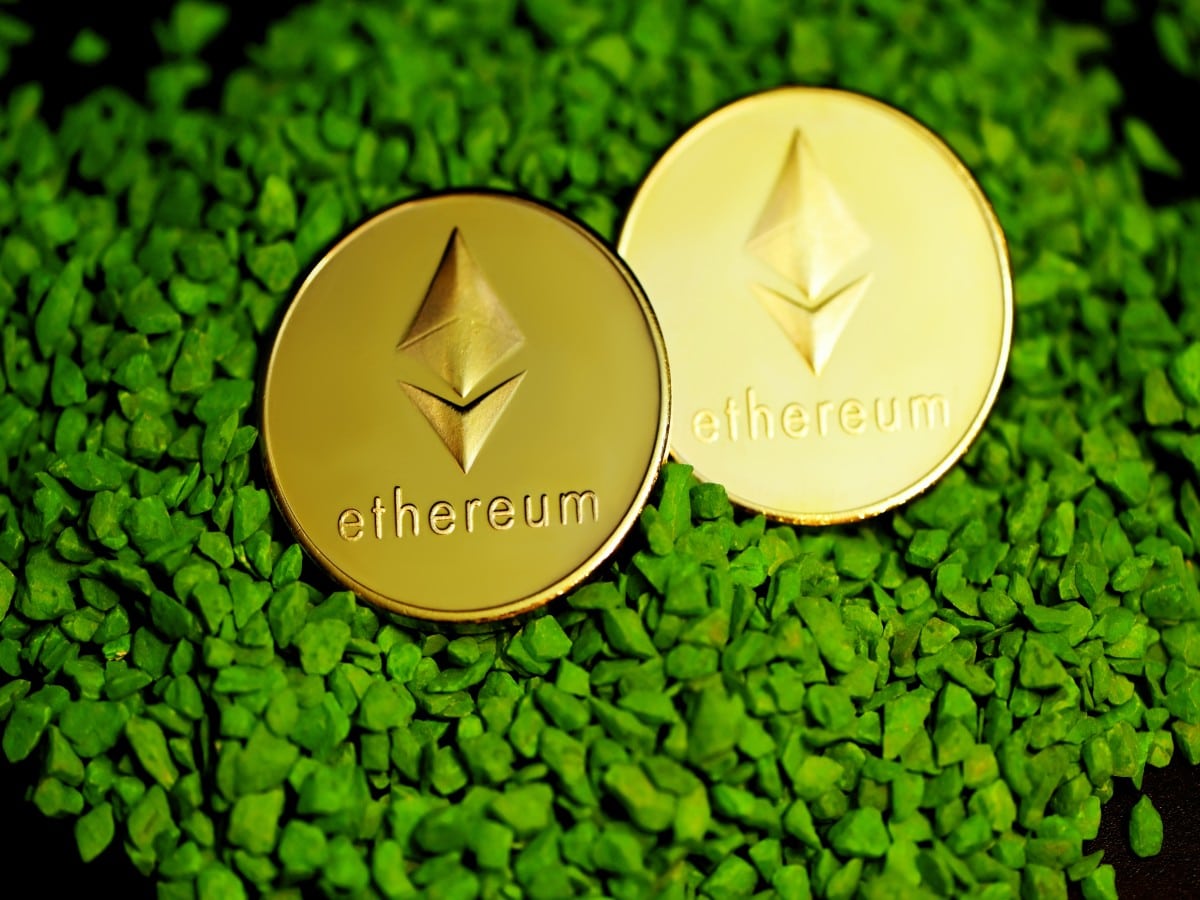 Described by Glassnode as the “most impressive feats of engineering in the blockchain industry,” the final transition of the Ethereum network from the consensus mechanism of Proof-of-Work (PoW) to Proof-of-Stake (PoS) occurred on 15 September.

With the Ethereum network functioning on a PoS consensus mechanism, new metrics to assess the performance of the all-new chain have been implemented by the on-chain analytics platform, Glassnode.

Let us take a look at the performance of the PoS network since the merge.

Ethereum since the merge

It is common knowledge that the transition into a PoS mechanism brought an end to mining on the Ethereum blockchain. To replace miners, a pool of validators was introduced.

These validators are automatically organized into sets of committees and block proposers for each 32-slot Epoch. A validator in a committee is charged with the duty of producing blocks for each 12-second slot.

In some instances, this block-producing validator may be unavailable at the time, resulting in a Missed Block. The count for missed blocks on the PoS network rose to a high of 104 following the merge on 16 September.

However, it has since dropped, and as of 19 September, only 69 blocks were missed. 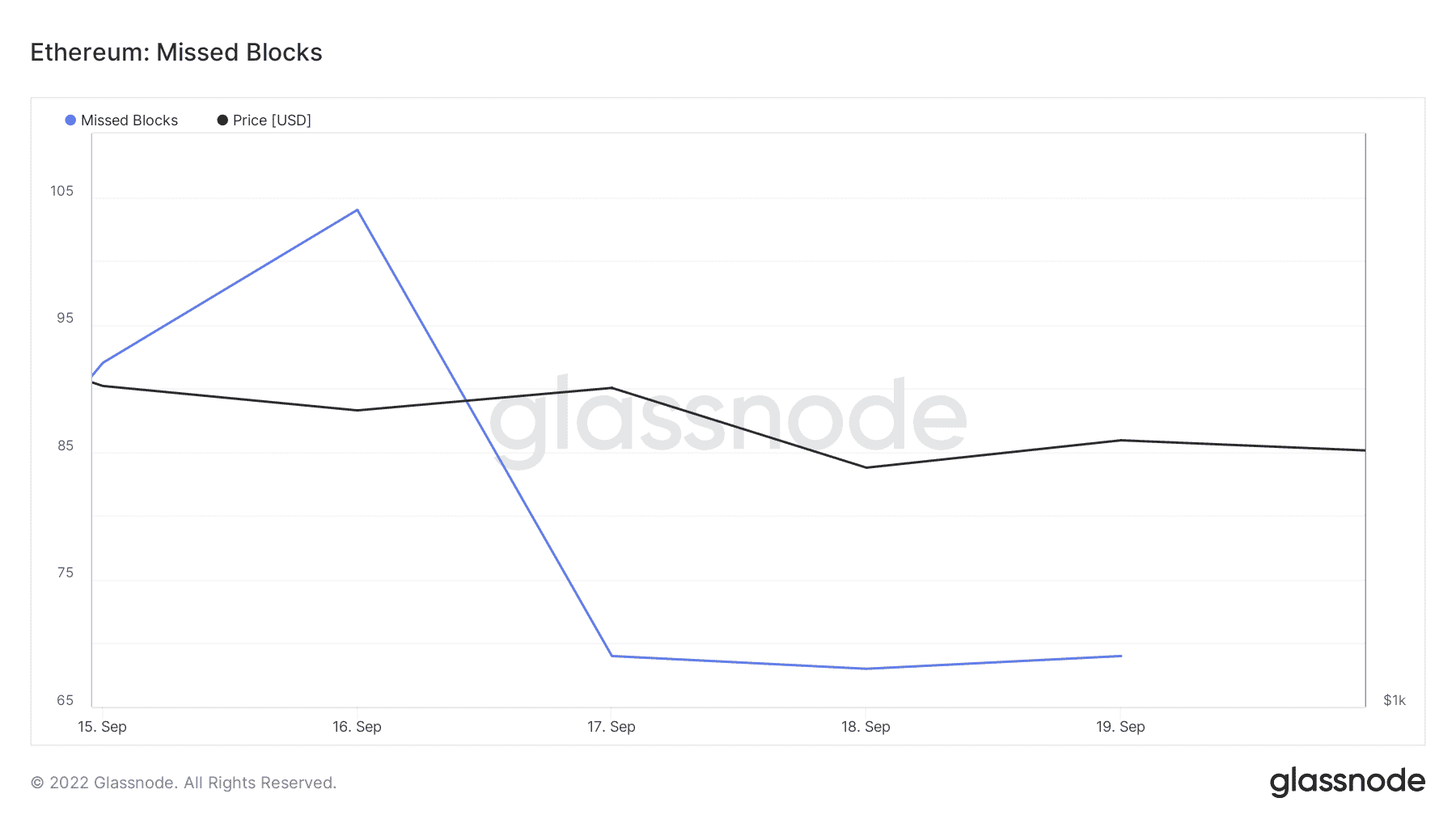 Glassnode found that two weeks before the merge, the participation rate on the Beacon Chain suffered a slight decline and fell below the typical 99% to be pegged at 97.5%.

However, this rebounded following the merge and was pegged at 99.059% at press time. 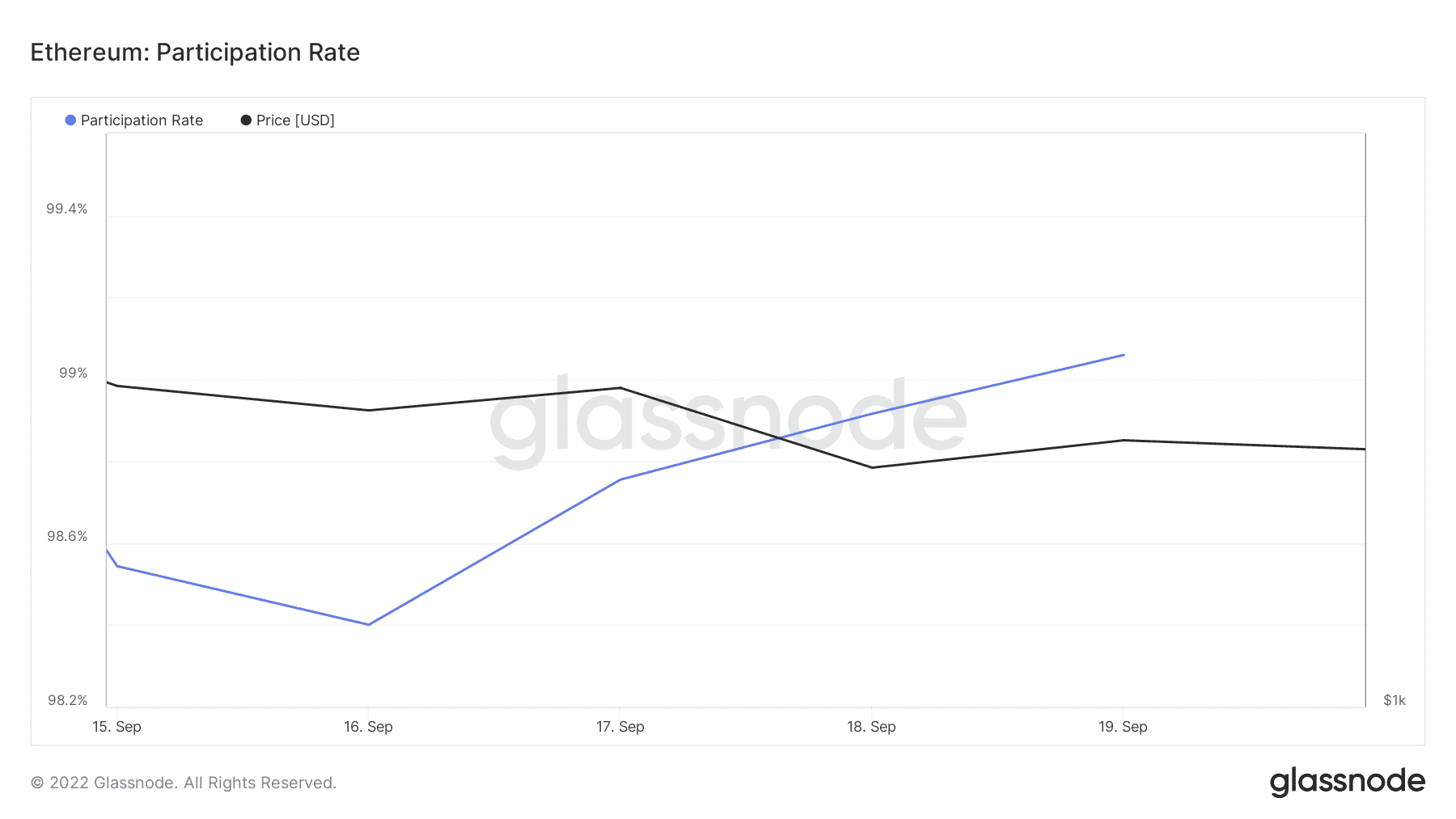 Further, as mentioned above, the PoS chain’s validators are grouped into committees and block proposers for each 32-slot Epoch.

Each Epoch has up to 64 committees of at least 128 validators algorithmically selected per slot for block production and attestation.

According to Glassnode, there is a validator chosen to propose a block for each slot while others cast “attestation votes.” This refers to the number of “yes” votes cast by these validators.

Prior to the merge, there was a drop in attestation count on the network, Glassnode found. However, since the merge, it has recovered back to its expected range. 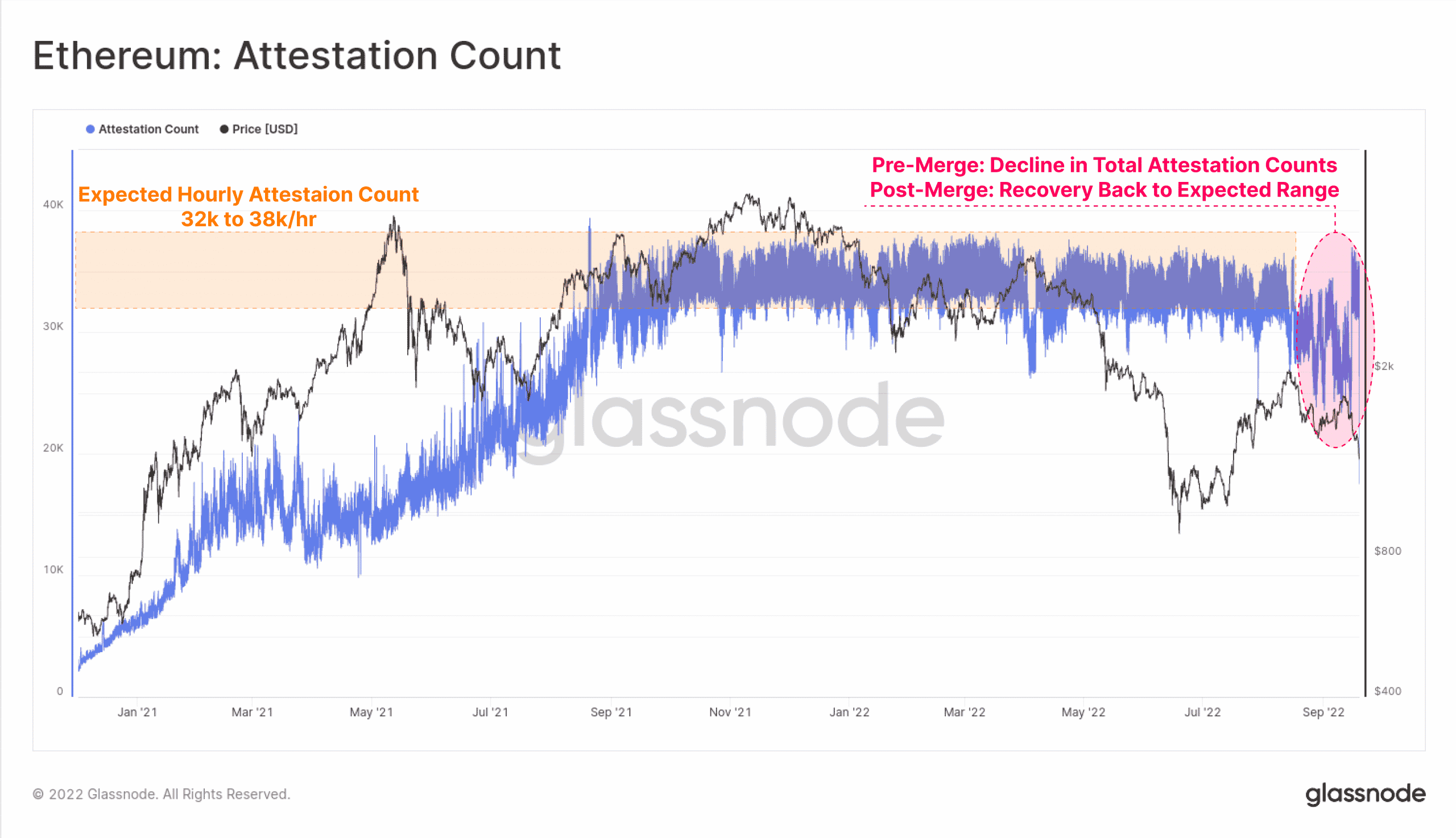 Over 11,360 validators joined in September alone signifies “growing investor confidence as the technical challenges of the Merge are de-risked.” 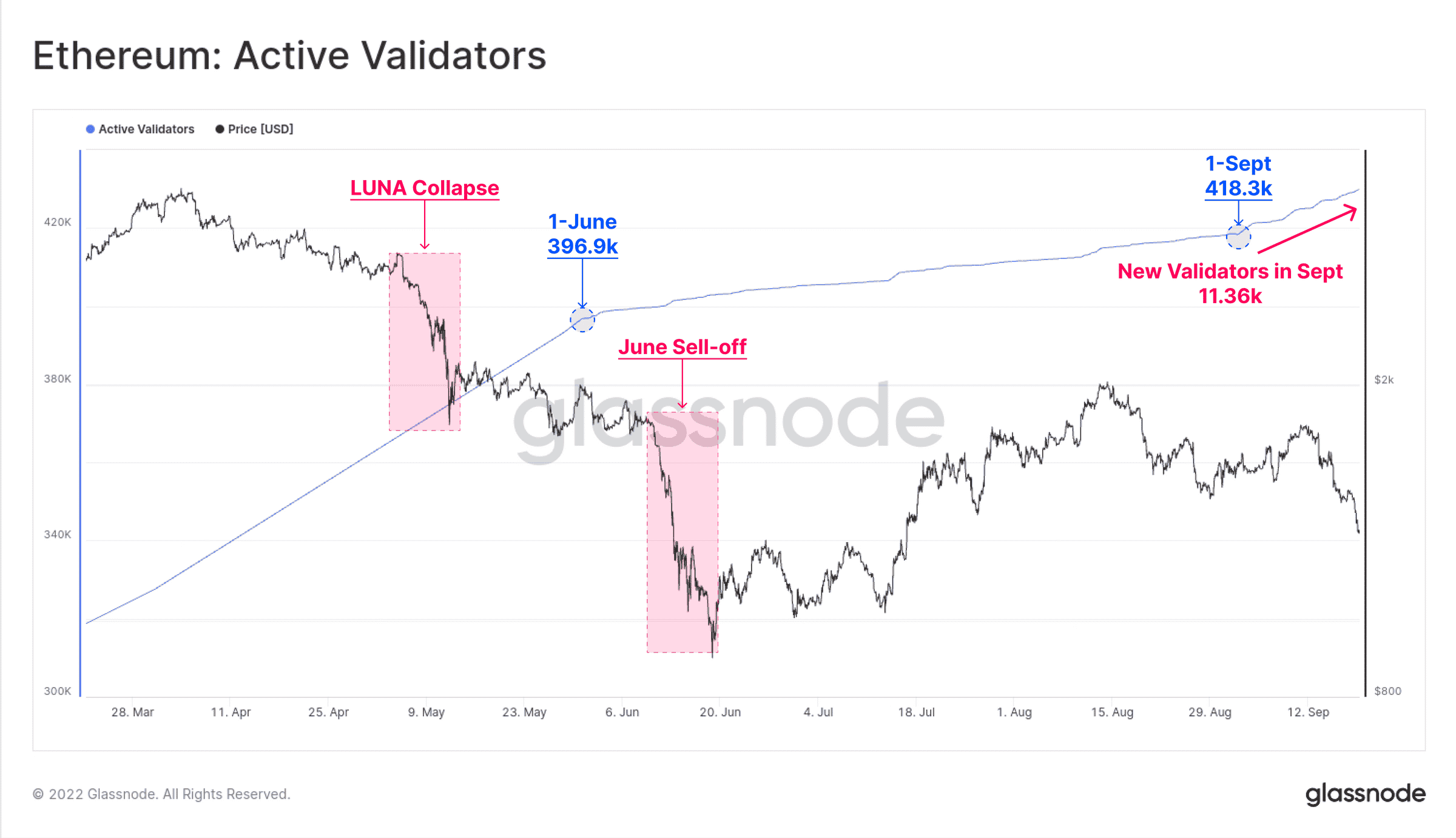 These validators have staked over 14.586M ETH in the PoS chain. This staked value represents 12.2% of the total ETH supply. This brings us to a new metric that Glassnode has described as Effective Balance.

It is the portion of ETH staked that is actively participating in the consensus on the chain. As of this writing, the Effective Balance on Ethereum was 13,765,674, which is about 11.5% of the total supply of ETH. 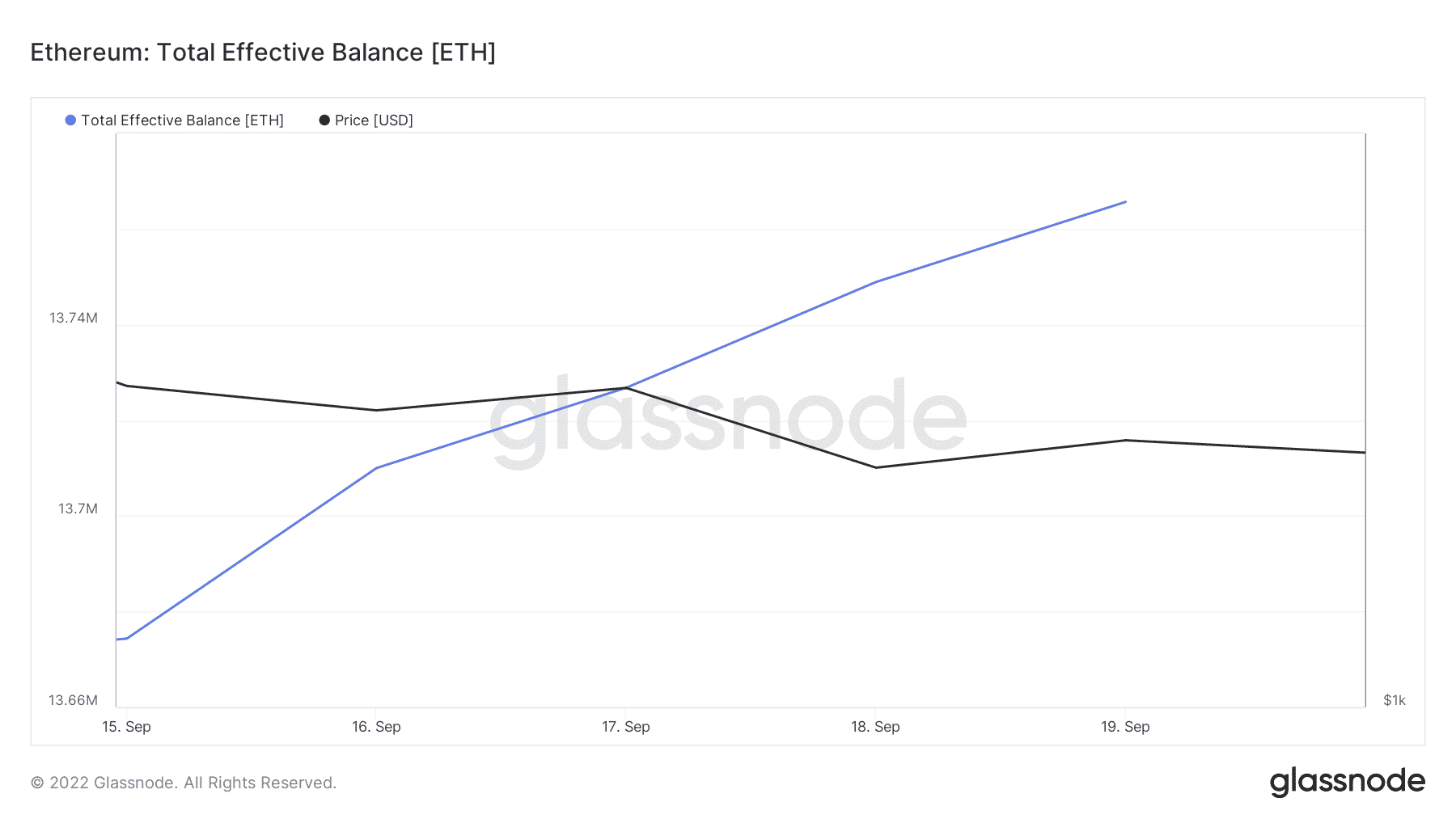 Bitcoin [BTC]: Is this the point where investors ‘call it quits’

SOL’s Q4 could be trader-friendly; its reasons might amaze you