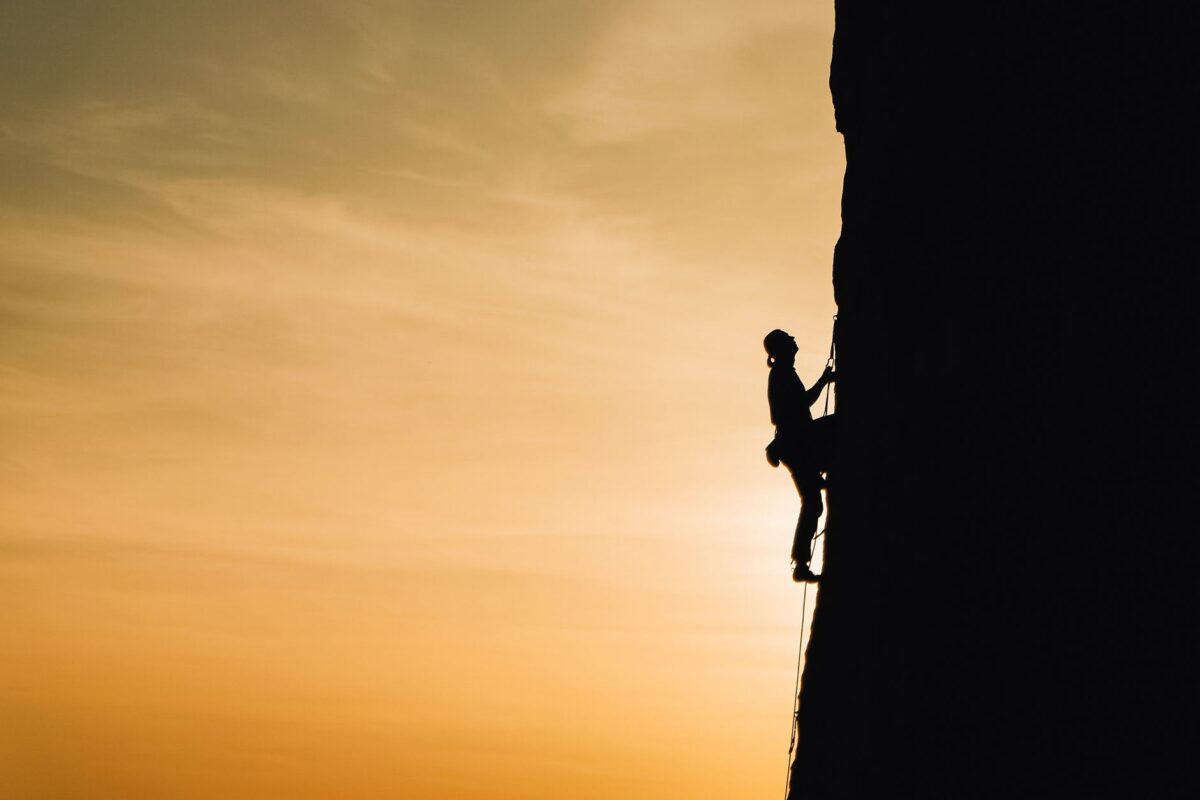 Ethereum has fallen beneath the $4000 mark and tested the $3800 level as resistance in the past few days. The $3620 mark has been tested twice already. Bitcoin Dominance bounced from 39.94% to 40.22% in the hours prior to press time. Buyers were not in a position of strength at these levels for Ethereum. Well, the interesting question is- Will the New Year’s birth see ETH nuke southward as Bitcoin was unable to push past $48.5k? Or will it show another bounce and more chop? 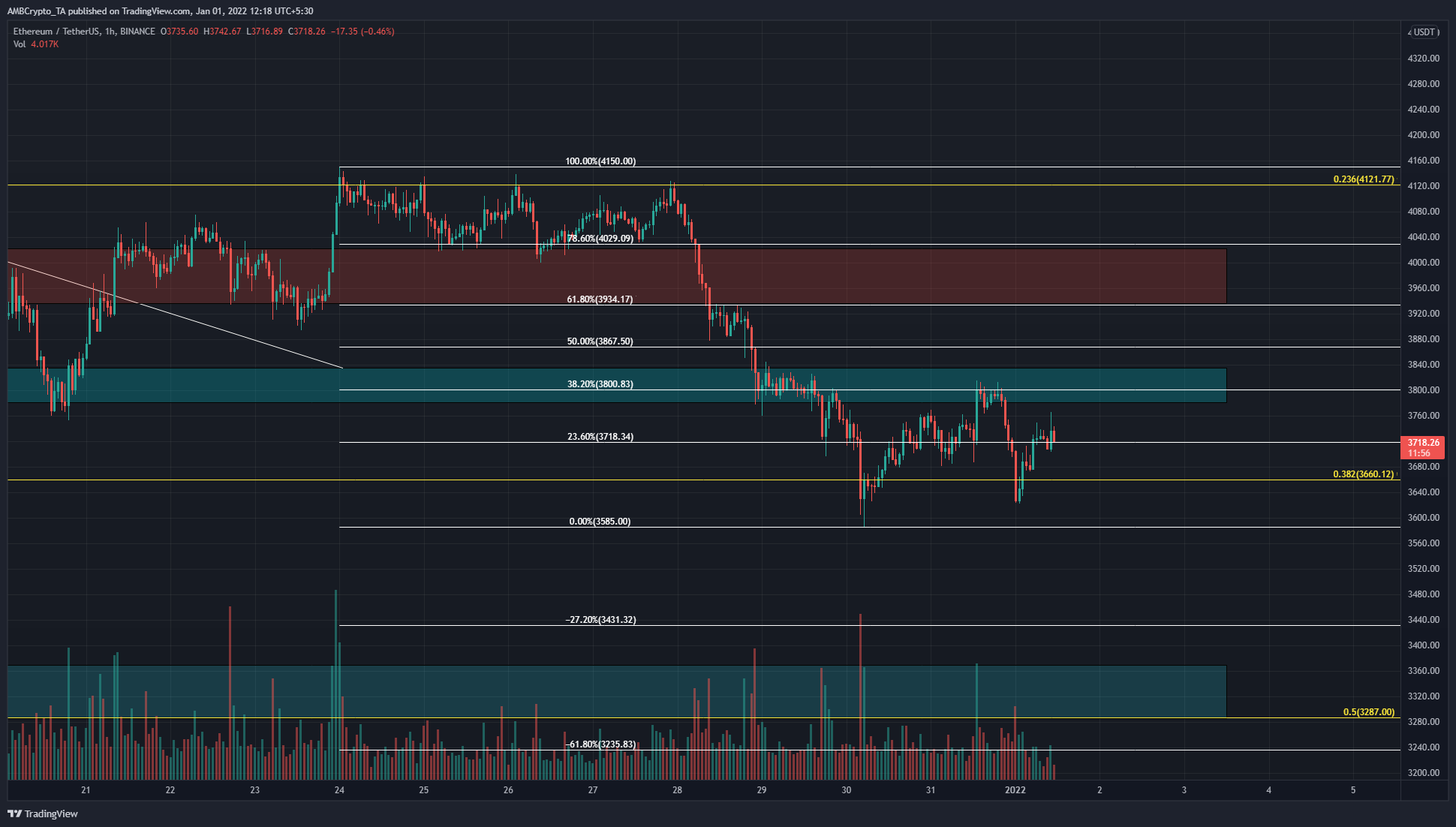 The yellow levels represent Fibonacci retracement levels for a larger ETH move, marking them as significant levels on lower timeframes. In the past week, we saw ETH respect the $4121 resistance level, get rejected, and find some support at $3585 and $3620 which were near the $3660 retracement level.

The $3800 has been an area of demand in the past and it was not an encouraging sign for bulls to see this area flip from demand to supply.

One thing to bear in mind was that the weekend has arrived, along with a major holiday. This sets up conditions of low liquidity where prices could be moved in either direction in a significant fashion. The 4 December sell-off comes to mind. 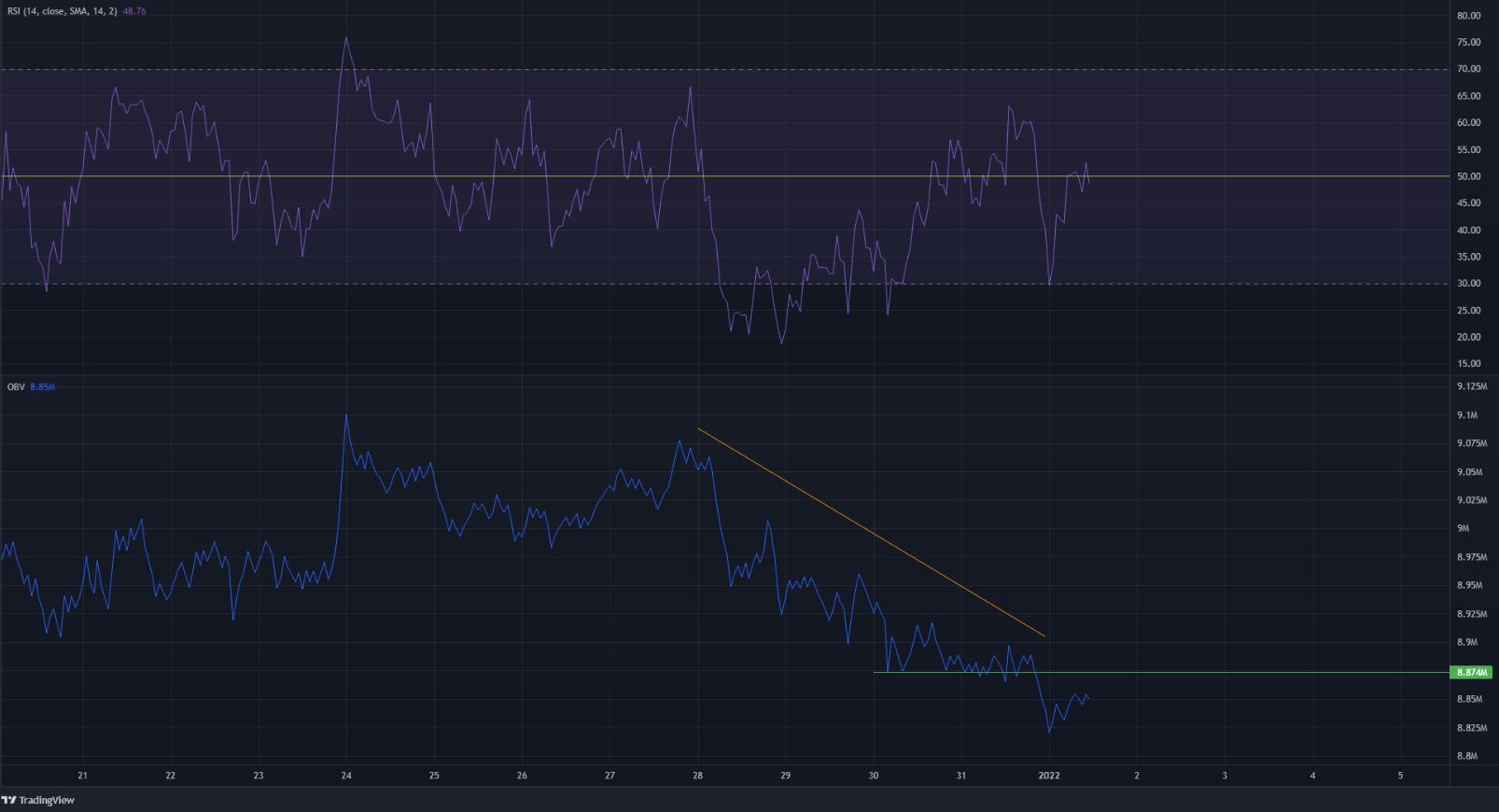 The price has been bouncing between the $3600 and $3800 levels over the past couple of days. The RSI was also at neutral 50, showing that momentum on the 1-hour timeframe did not favor either bears or bulls.

The OBV appeared to have found a temporary bottom (green) recently but crashed right through on the rejection at $3800. This indicated that buyers were still fearful while sellers were dominant.

On the 1-hour chart, Ethereum did not present a healthy outlook for bulls. It might also be a tad too late to get bearish, as weekends sometimes see hopeful price bounces which later get erased come Monday. A short position at $3800 or $4000 can be considered if the prices get there over the weekend. Otherwise, it would likely be best to wait to enter new positions.

Related Topics:ETHPrice prediction
Up Next

China may be against cryptos, but here’s why one still needs to pay attention