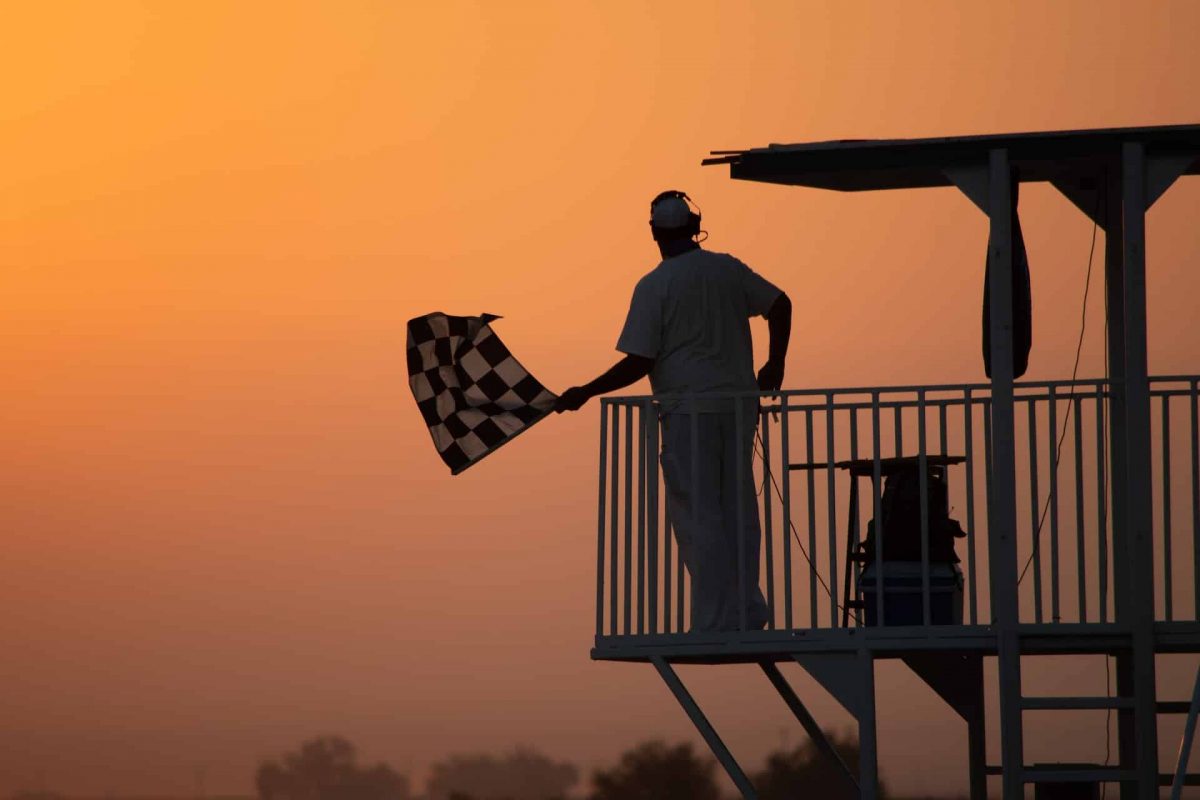 Ethereum Classic [ETC] attempted a rally but faced massive opposition from the bears. After flipping the critical support around the $18 mark into resistance, ETC broke additional supports as bears took control of the market.

Technical indicators showed a price reversal to the upside was imminent in the short term. However, it may all depend on sentiment on BTC.

If a bearish BTC persists over the weekend, ETC could break below the current support at $15.95 and go lower to $15.61.

ETC recorded a shooting star pattern: will it drop lower? 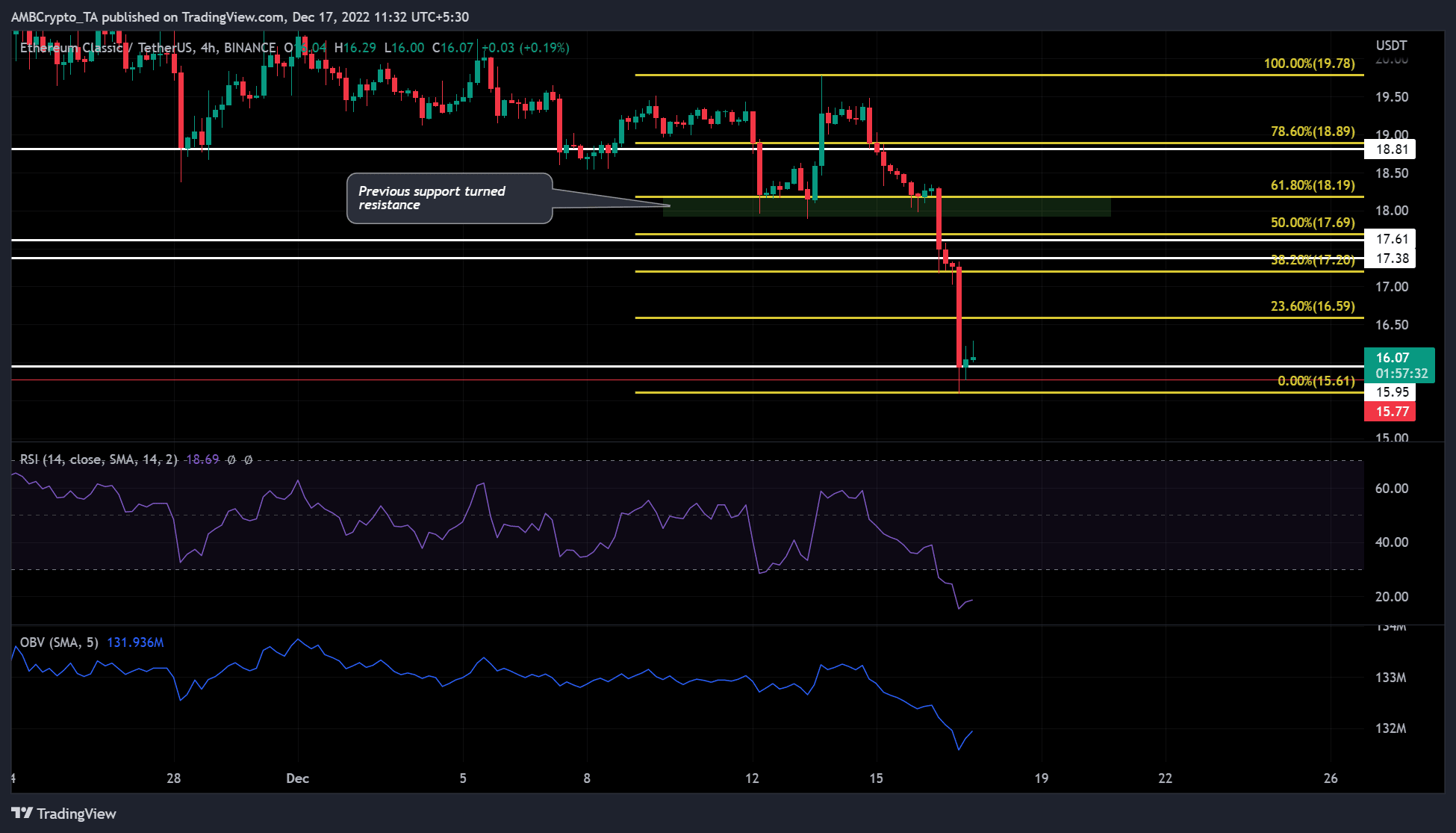 At press time, ETC recorded a shooting star, the last green candlestick on the chart with a long tail wick. The long wick shows bulls pushed the price higher, but bears shelled it down, almost near $15.95 by the time of publication.

This shows ETC faced significant selling pressure that undermined an uptrend. As such, ETC could break below the current support at $15.95 and settle at $15.61.

Notably, the Relative Strength Index (RSI), at press time, was deep in the oversold area but retreated slightly. It showed that sellers had an advantage in the market despite buying pressure picking up. So, further selling pressure in the short term could push ETC downward, especially if BTC remains bearish.

However, the On Balance Volume (OBV) increased sharply, showing that trading volumes could boost an uptrend.

A strong uptrend, specifically if BTC is bullish, would push ETC above the 23.6% Fibonacci level of $16.59, invalidating the above bearish inclination. But bulls will only have an advantage if they clear the hurdle around the $18 mark.

According to Santiment, ETC witnessed increased volatility pushing whales to seek refuge in stablecoins. Imperatively, the percentage of stablecoins held by whales increased as the volatility went up. This implied that whales were selling off their holdings, including ETC holdings.

It shows a bearish sentiment on ETC that could further sustain selling pressure. However, a bullish BTC will likely boost ETC bulls, negating the above bearish forecast.

Analyzing Mazars’ role behind BNB’s unprecedented decline in its value

As ETH is about to fall beneath support zone, here is what traders can expect