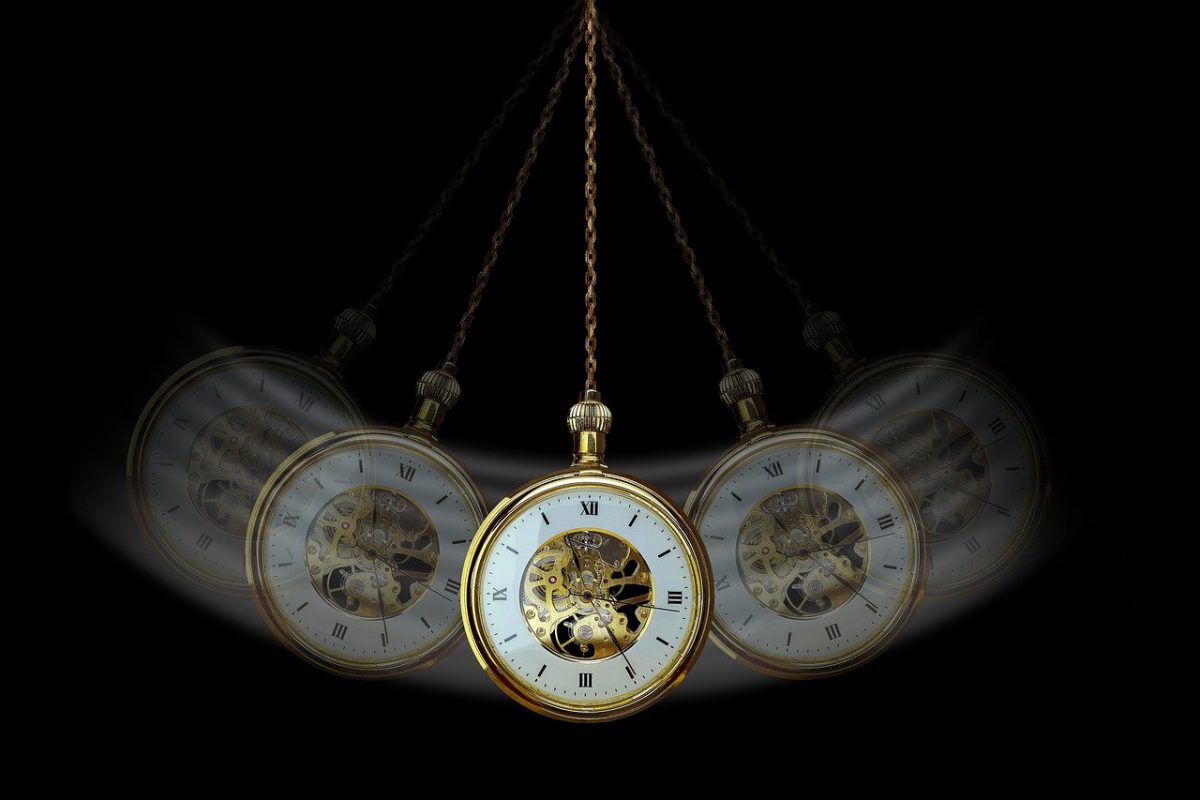 Ethereum was trading within a range but the momentum to the downside appears to have abated, and the next few days may see ETH test the local high once more. Dash formed a bearish reversal pattern but an ensuing slide can be halted at imminent levels of support, while Dogecoin fell by 30% and could trade sideways over the next few days. 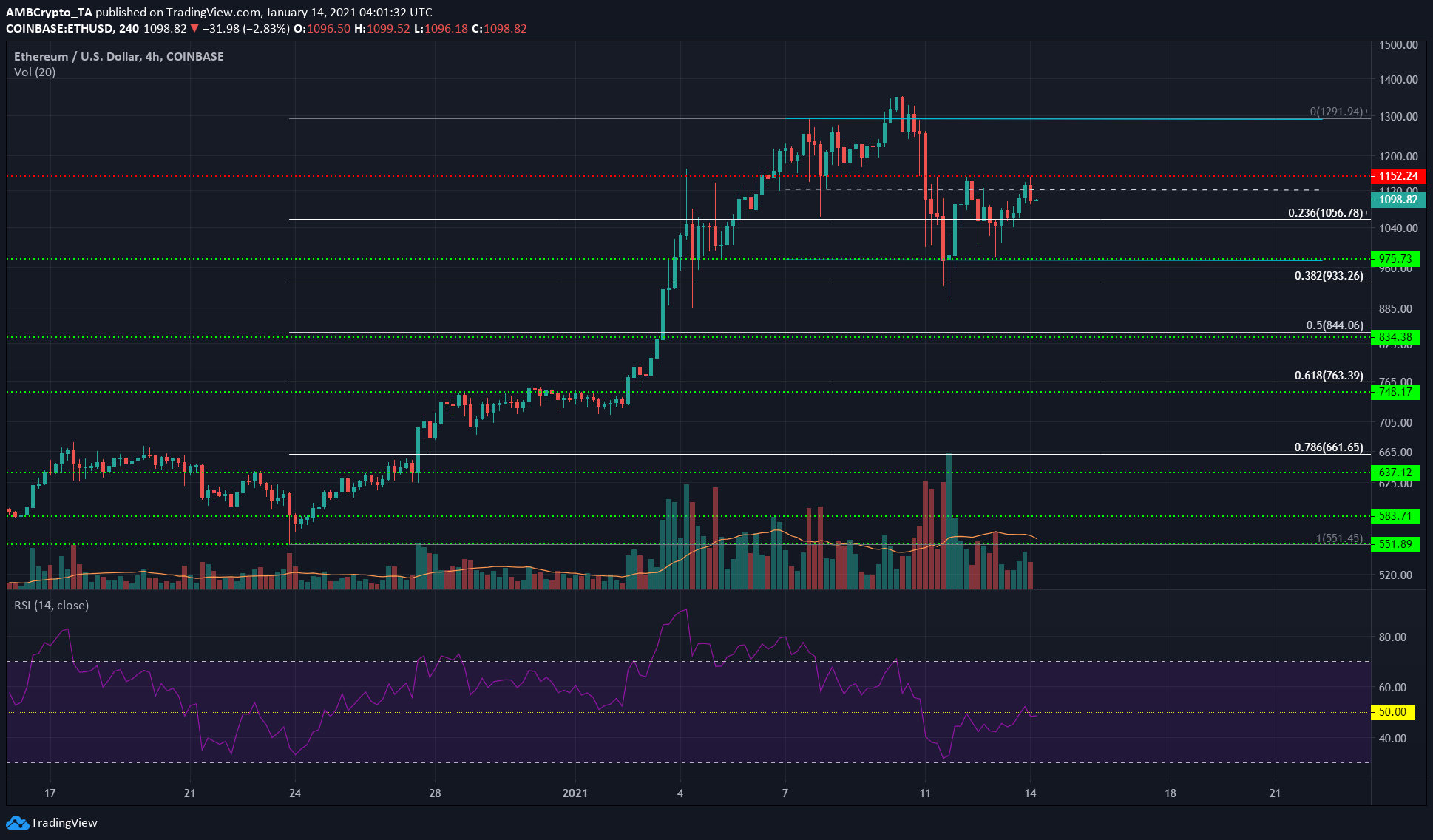 Despite the intense wave of selling pressure on Jan 10th, things were looking quite bullish for ETH on the charts in the long-term. The highs made before the drop saw a range established between support at $975 and resistance at $1290.

The recent local high was followed by a sweep of the range lows as the price briefly dipped past the 38.2% Fibonacci retracement level. Since then, the price has recovered somewhat and was trading beneath the mid-point of the range, which is at $1122.

The 4-hour RSI was back at the neutral 50, and it can be expected that ETH sees a move above $1120, retesting the level as support, and moves upward to test resistance at $1290 in the coming days. 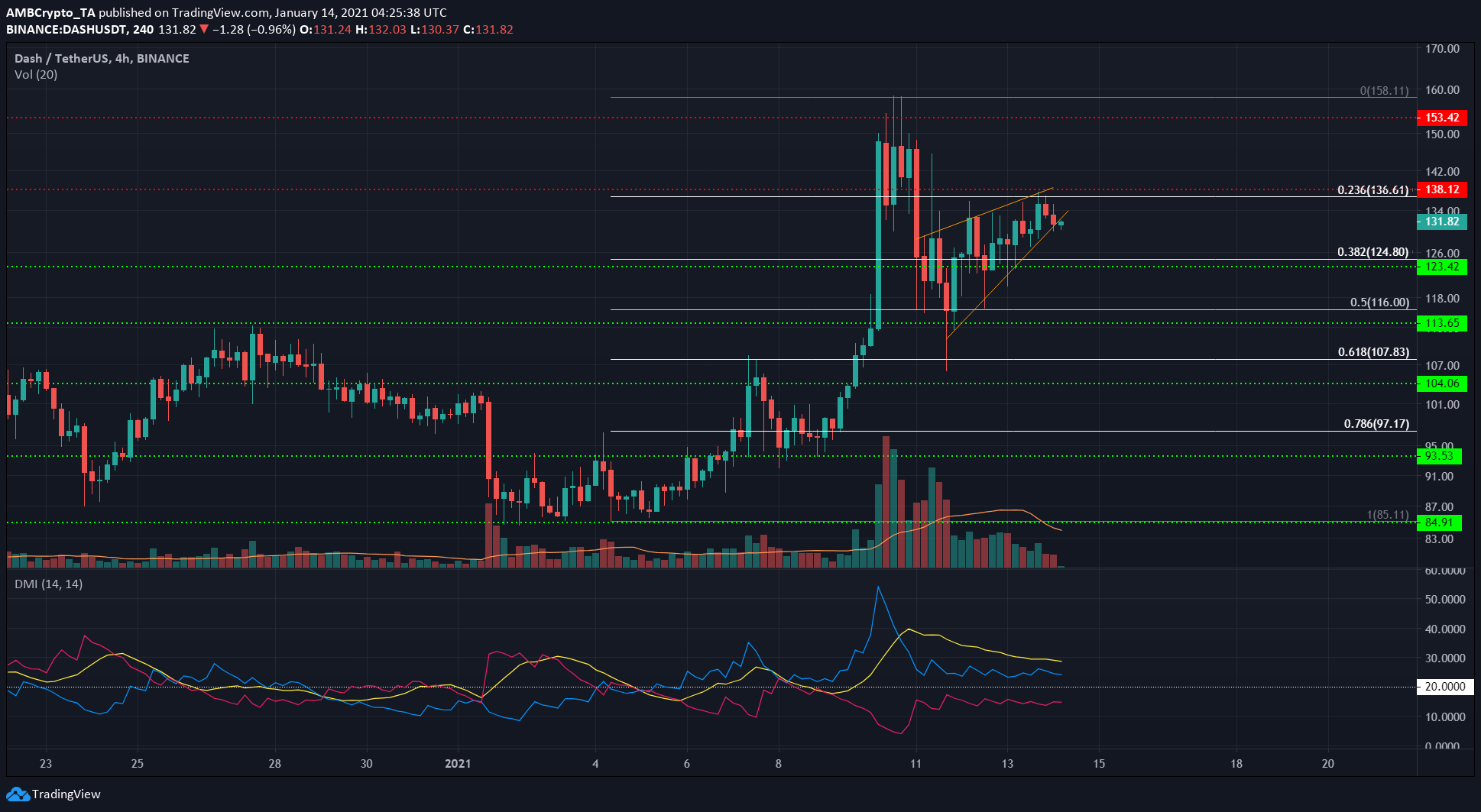 DASH formed a rising wedge pattern (orange) and closed beneath the pattern, a development that could see it slide toward support at $116, or halt at $124.

In either scenario, the trend for DASH remains strongly bullish, as indicated by the Directional Movement Index. The ADX and the +DMI (yellow and blue respectively) were above 20, to denote the strength in the uptrend.

Trading volume has fallen after the recent surge for DASH, and it could be that DASH enters a period of reduced trading volume to consolidate its recent gains. 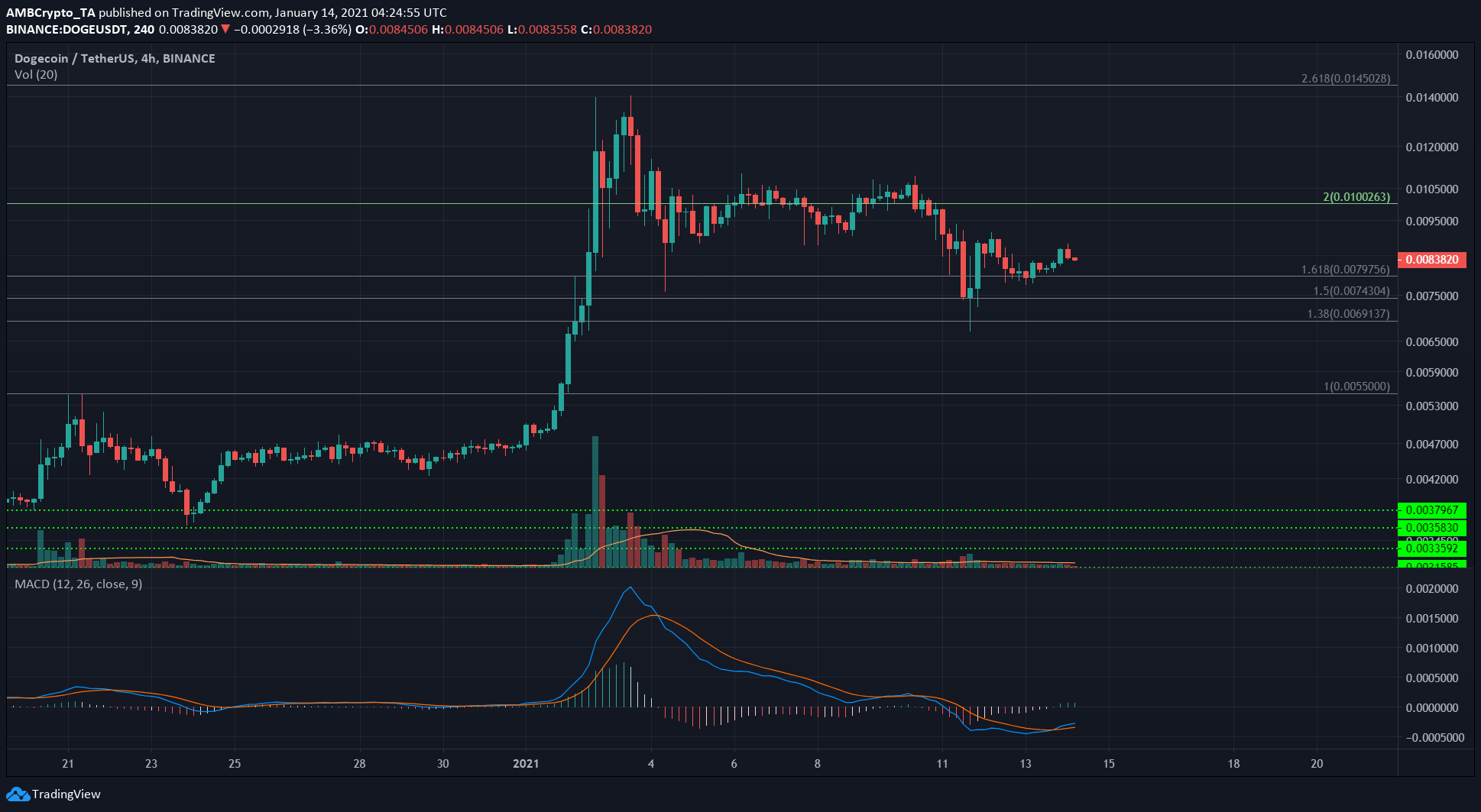 The MACD indicated bearish momentum behind DOGE as it retraced some more gains to touch the 150% extension level at $0.0074, after posting a local high at $0.0145 nearly two weeks ago.

The subdued trading volume continued and DOGE can be expected to gradually slide or trade sideways for many more days to come as bulls gather steam for the next surge.

A steep fall for DOGE would coincide with a drop for ETH and BTC, but the market leaders recently saw a correction and DOGE also shed 30%, which is a healthy development for the coin in the long-term.

Grayscale’s Bitcoin, Ether and other assets under management at $25 billion ATH