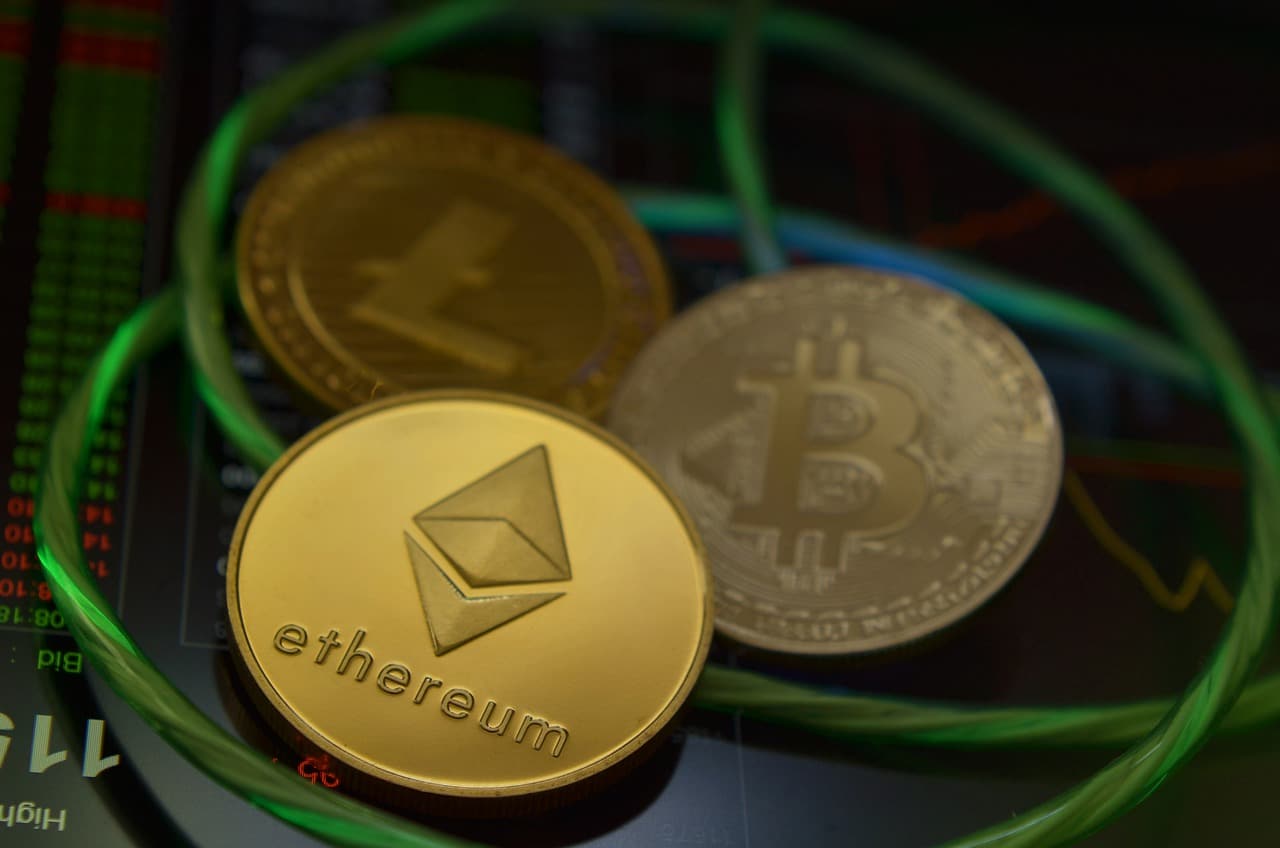 The Ethereum Merge is about five weeks away and as the count down to the main event narrows, the phrase, “buy the rumor, sell the news” is expected to play out.

This means we should expect an increase in the demand for ETH within the next four weeks. A look at ETH’s on-chain metrics reveals that this is already happening.

Whales are scooping up ETH

Whales holding large amounts of ETH have notably increased their balances, especially in the last four weeks. This is evident by the uptick in addresses with balances greater than 1000 ETH. 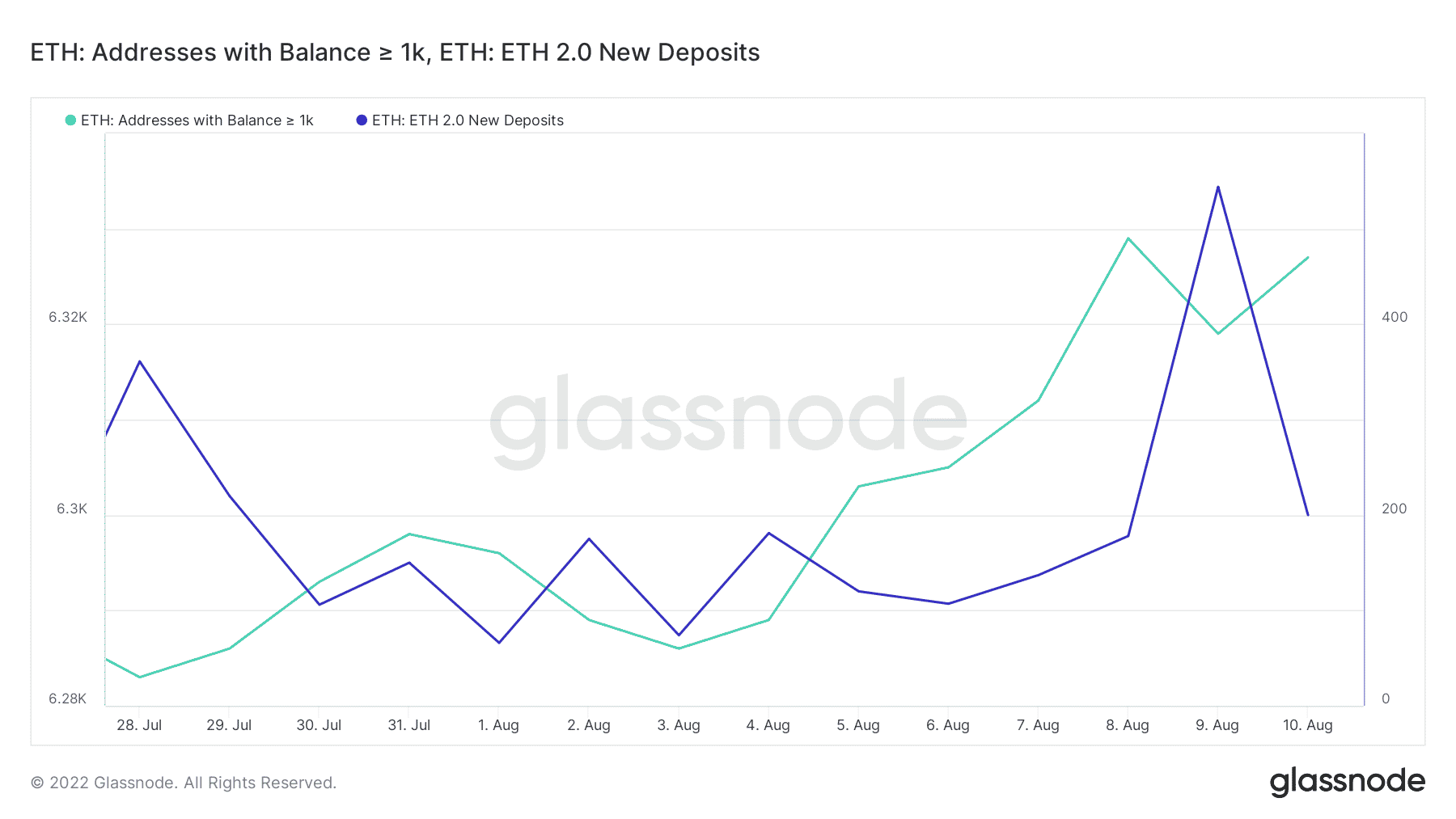 New deposits for ETH have also notably increased since the start of August. However, the deposits dropped significantly between 9 and 10 August. This is likely because investors were waiting for inflation data.

While most of the acquired ETH is headed into the exchange and private addresses, a substantial amount has been staked.

The amount of ETH staked in Ethereum 2.0 increased steadily in the last four weeks. Roughly 13.24 million ETH is currently locked in ETH 2.0 staking. 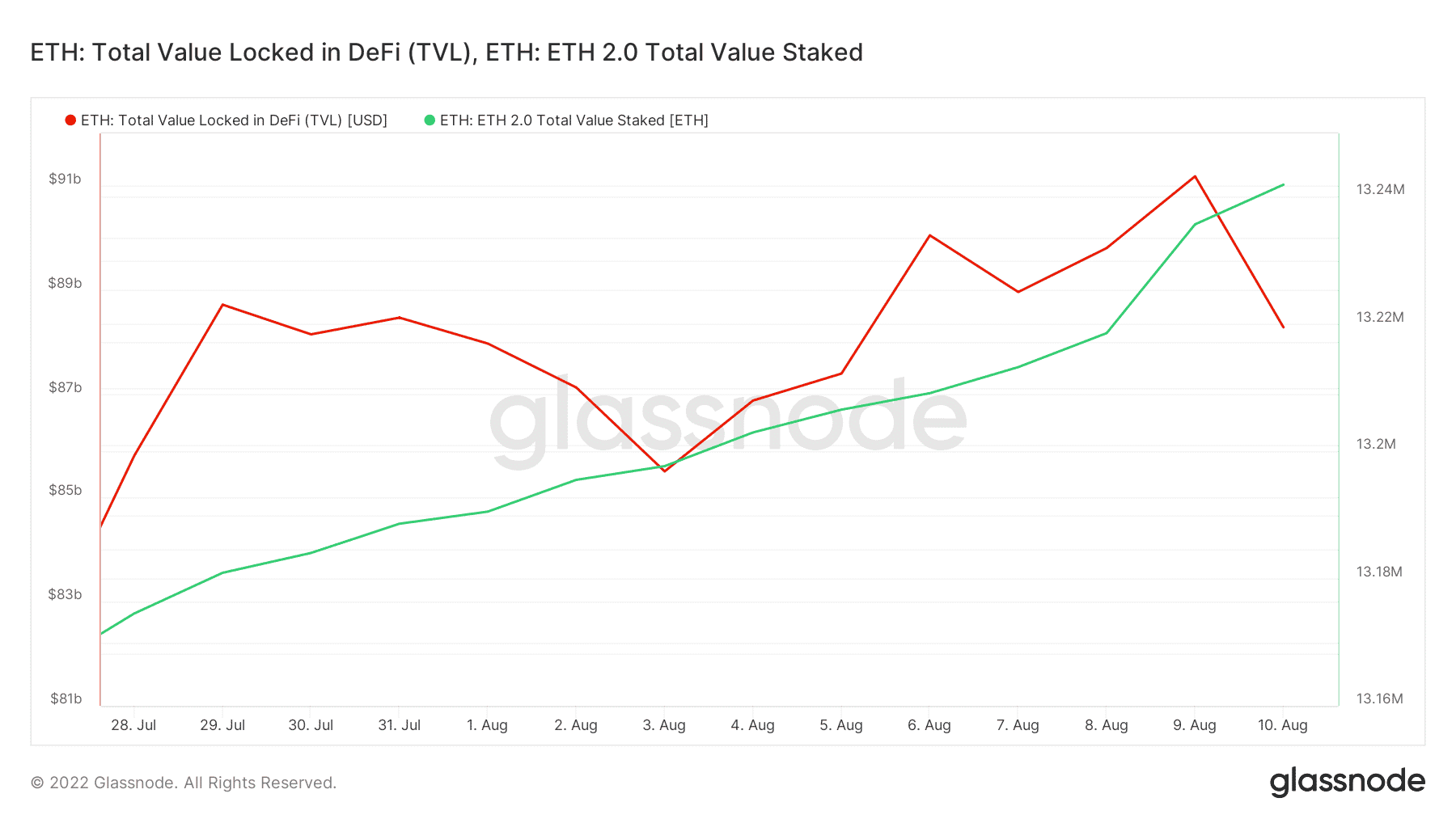 The total value locked in DeFi also registered an overall increase in the last 30 days.

The above data means roughly 10.8% of ETH is currently staked, while approximately 27% of ETH is locked in DeFi protocols.

It is clear that ETH is currently experiencing healthy demand. This is also evidenced in its price action which has been bullish since mid-July.

ETH briefly soared above $1,900 a few hours before press time. This, before slightly retracing but its recent price action confirms that ETH is rapidly closing in on the $2000 price range.

Is Proof of stake Ethereum the right way to go?

This is a question that ETH holders and users of the network should ponder. Ethereum 2.0 comes with some sacrifices to the core principles that have governed decentralized systems so far.

In fact, there was a proposal to fork the network so that the Ethereum Proof of work network will continue to exist. A manifesto highlighting some of the issues was published on its official Twitter account.