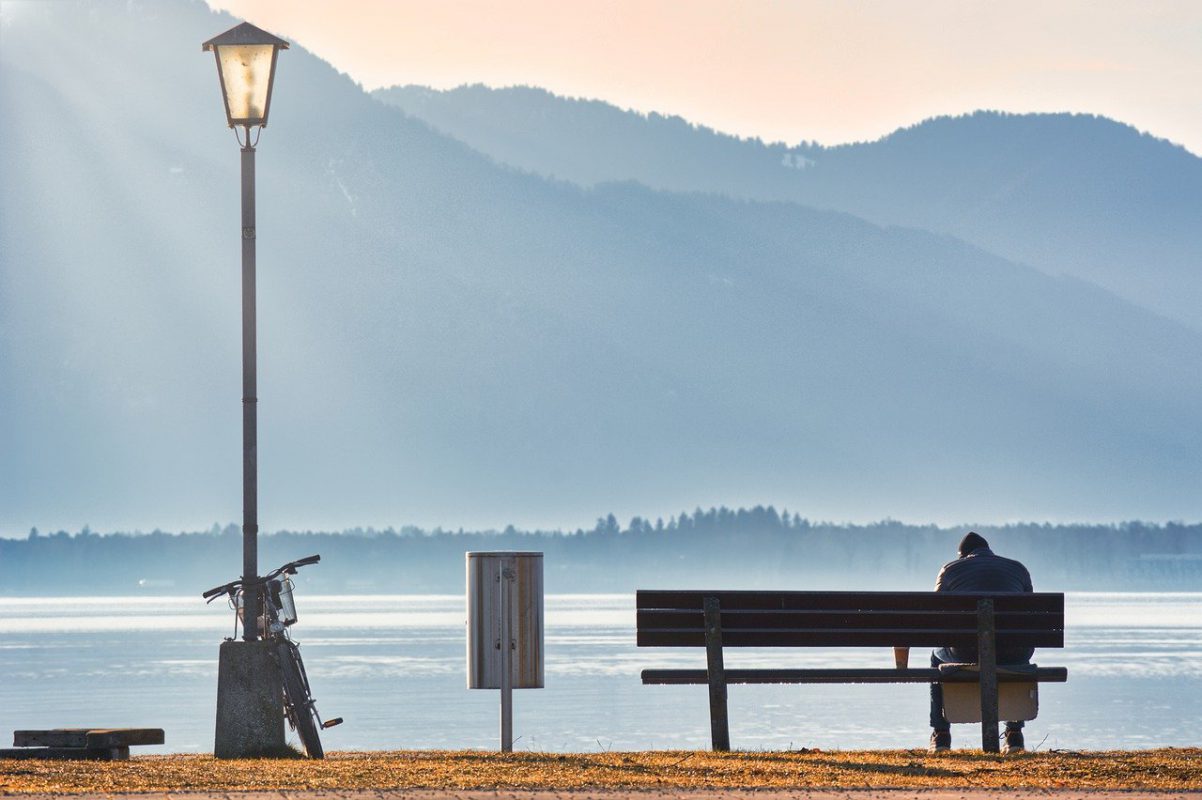 Ethereum displayed signs of short-term weakness as it was unable to climb past the $1777 mark over the past few days. Monero was consolidating under resistance, and Dogecoin showed little volatility as it sought the $0.054 level of support once more. 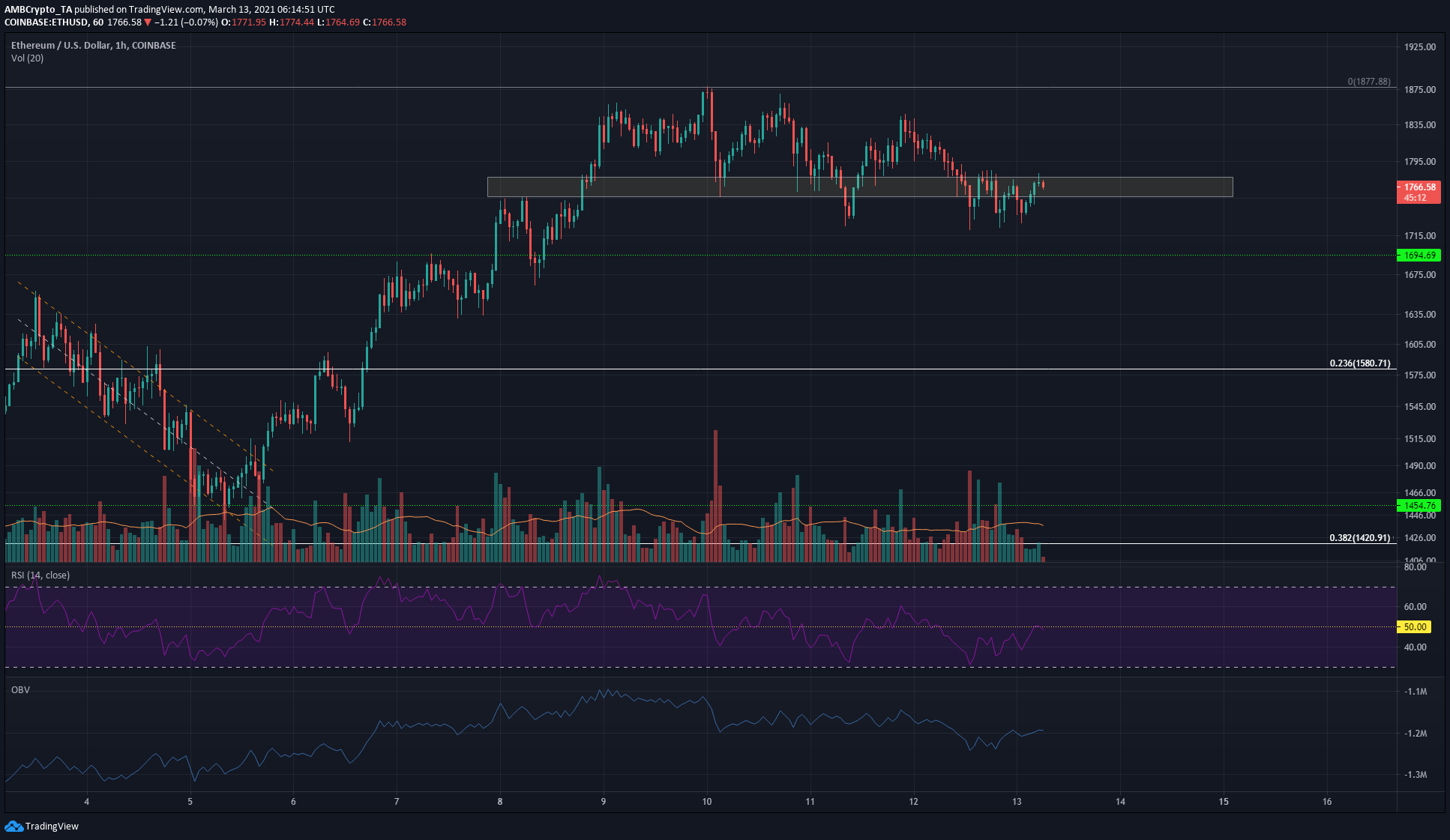 Over the past few days, the $1755-$1777 area has served as a region of both demand and supply for Ether. At the time of writing, ETH appeared to be testing it as an area of resistance, and selling pressure appeared to be the stronger force in the short-term.

The OBV was in a steady downtrend and suggested that sellers were dominant in the market over the past few days.

On the hourly chart, the RSI tested the neutral 50 line from below. This showed that the past few hours had seen bearish momentum, and rejection near $1777 could mean another dip 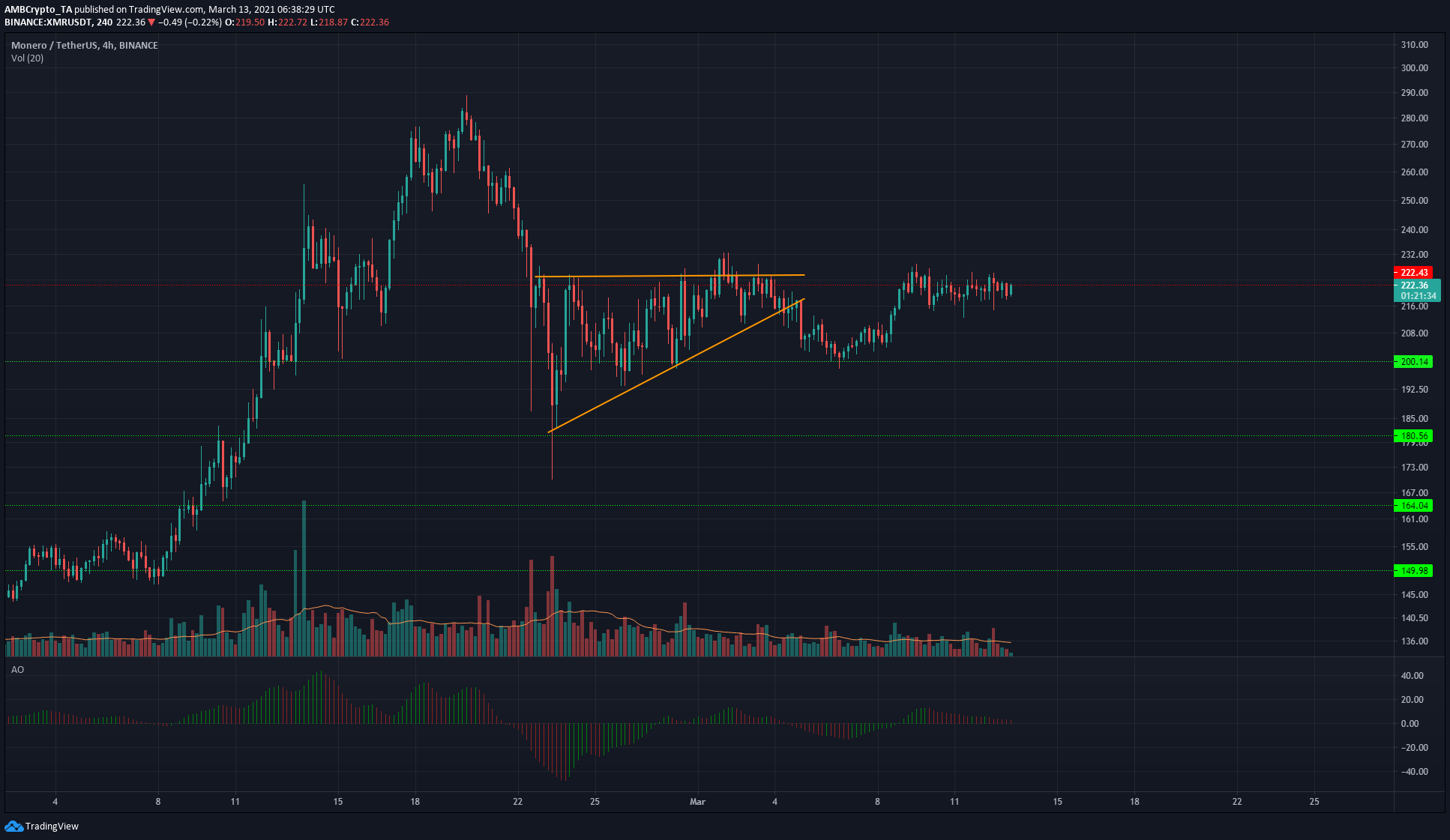 Monero faced obstinate resistance at the $222 region. The Awesome Oscillator highlighted red bars on the histogram over the past few hours to show waning bullish momentum.

Beneath the price, the next level of support was the $200 level. Trading volume was trending lower and this could be consolidation under resistance before a breakout. A strong volume move above $222 can be used to set buy orders just above $222, with a stop-loss beneath $210 to ride a move upwards to $260. 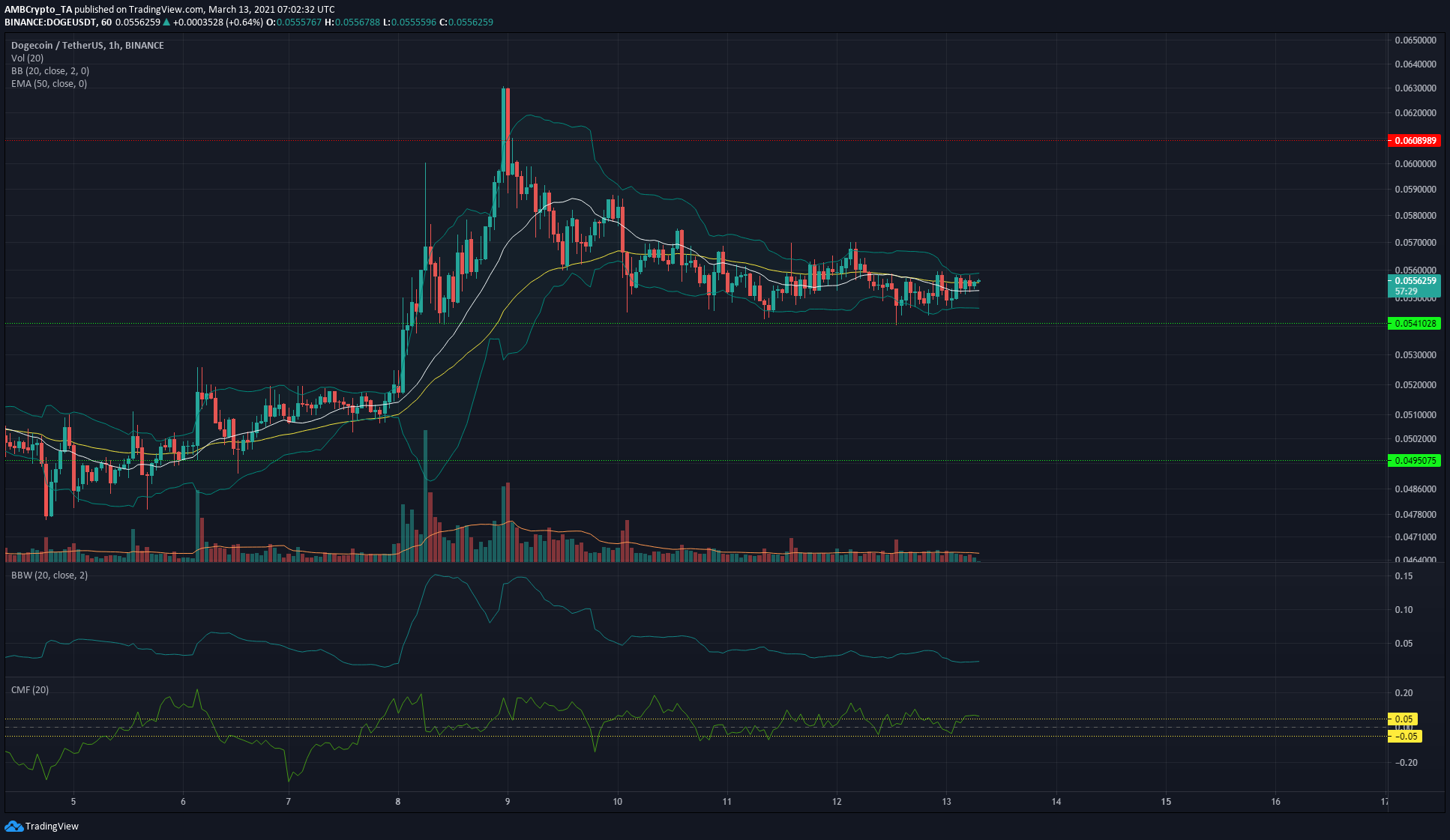 The 50-period EMA (yellow) has been oscillating about the price for a few days now, reinforcing the idea that the coin lacks momentum. The Chaikin Money Flow was just above the +0.05 value, showing that capital flow into the market slightly edged out the money flowing out.

DOGE trading volume was also very low and should be kept tabs on to confirm a strong move in either direction.

Here’s why crypto-insurance markets have scope