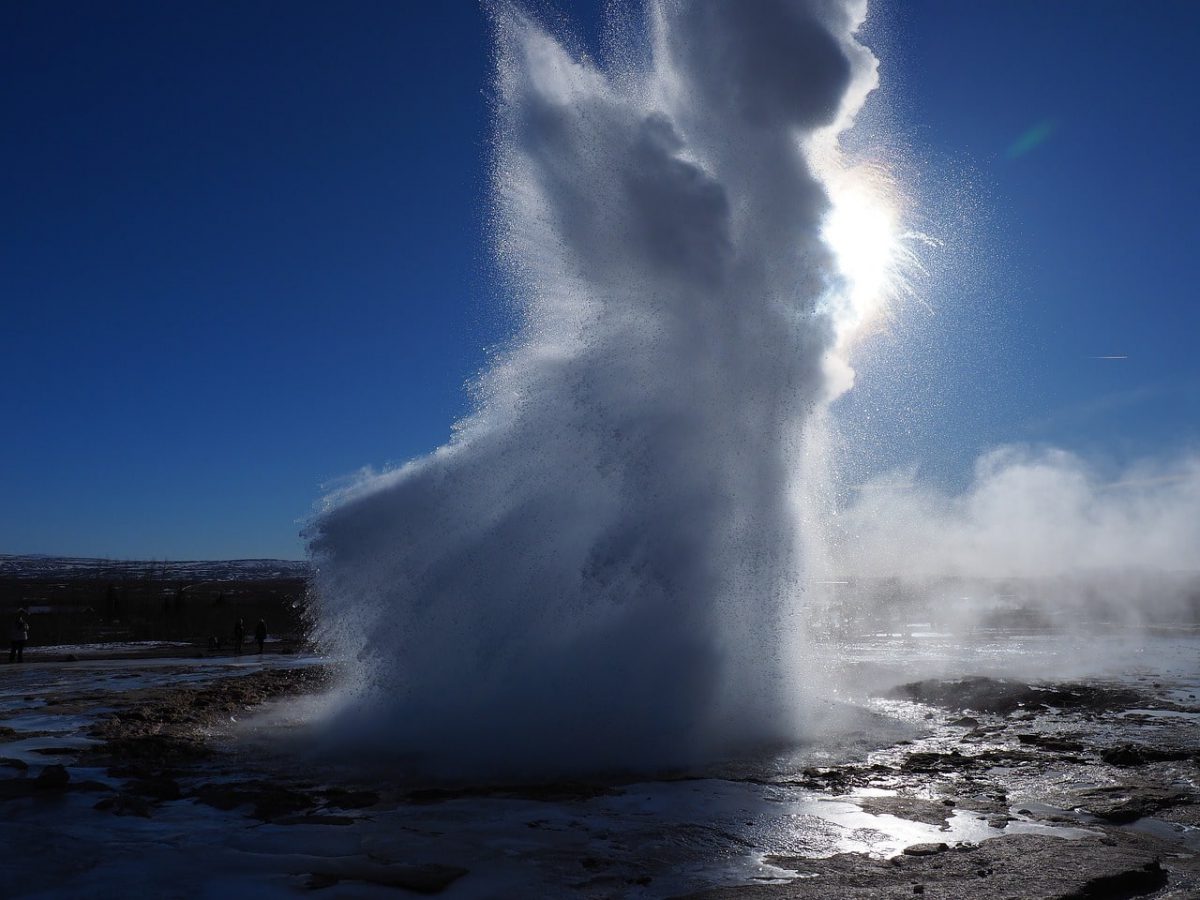 The ETH/USD pair moved hand in hand with the BTC/USD pair in the markets, a correlation that has been rising since early March, and now had a value of 0.78, denoting a strong correlation. ETH/BTC pair was trading at a level of support. Ethereum simply must keep pace with Bitcoin in order to recover toward $2000 in the coming weeks. 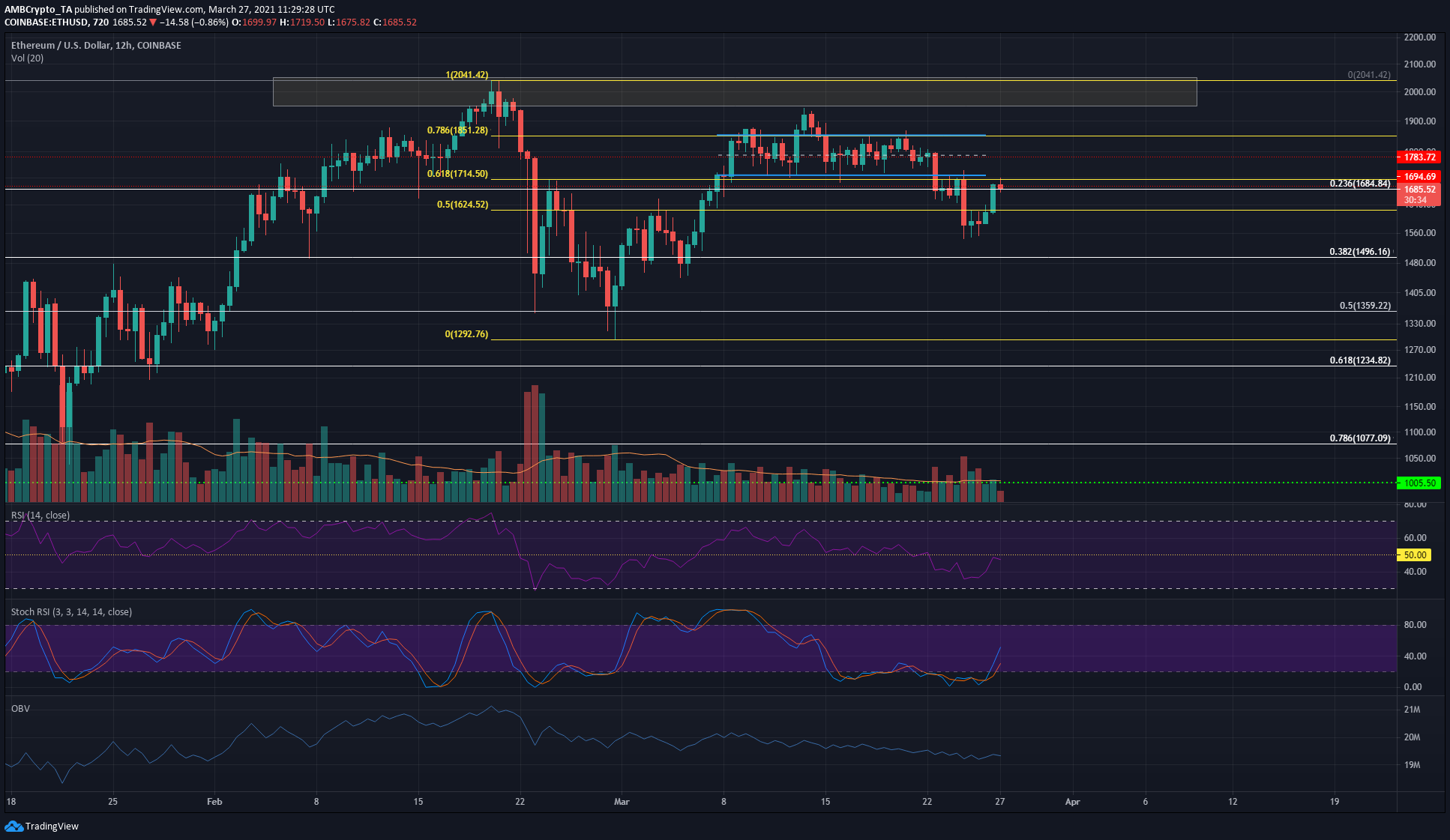 On the charts, ETH formed a short-term range (blue) from $1727 to $1853 for a time period of just over two weeks. ETH was forced to drop beneath this range following strong selling pressure at the same time when Bitcoin plunged from $57.8k to $53.8k. It is a fact that correlation was on the rise, as ETH followed BTC in the markets.

Two different sets of Fibonacci Retracement levels were plotted for ETH for different moves of Ether, and their confluence highlighted some areas of importance for Ether.

A rejection at the $2040 mark in mid-February was followed by an attempt at recovery, but this recovery halted at $1920. This makes the $1900 area significant as a supply zone, while the $1690-$1720 will also offer resistance to price.

Technical indicators had a bearish leaning, and the bounce off $1550 has flipped momentum to bullish in the shorter timeframes. The lack of buyers was an obstacle to ETH recovery.

Flipping the $1720 area to support would be an opportunity to open long positions.

OBV was in a steady downtrend, while RSI tested neutral 50 as resistance. Stochastic RSI was climbing out of the oversold territory, but momentum was still in bearish hands on the 12-hour chart.

$1720 is a critical level in the coming days. If buying volume drives prices higher, the $1690-$1720 region would present a buying opportunity.

A revisit to $1550 or a flip of the $1700 area would present an opportunity to buy Ether, but at the time of writing momentum leaned in favor of bears.

What’s next for Ethereum, Cardano, Vechain and Holo after their weeklong bullish streak?