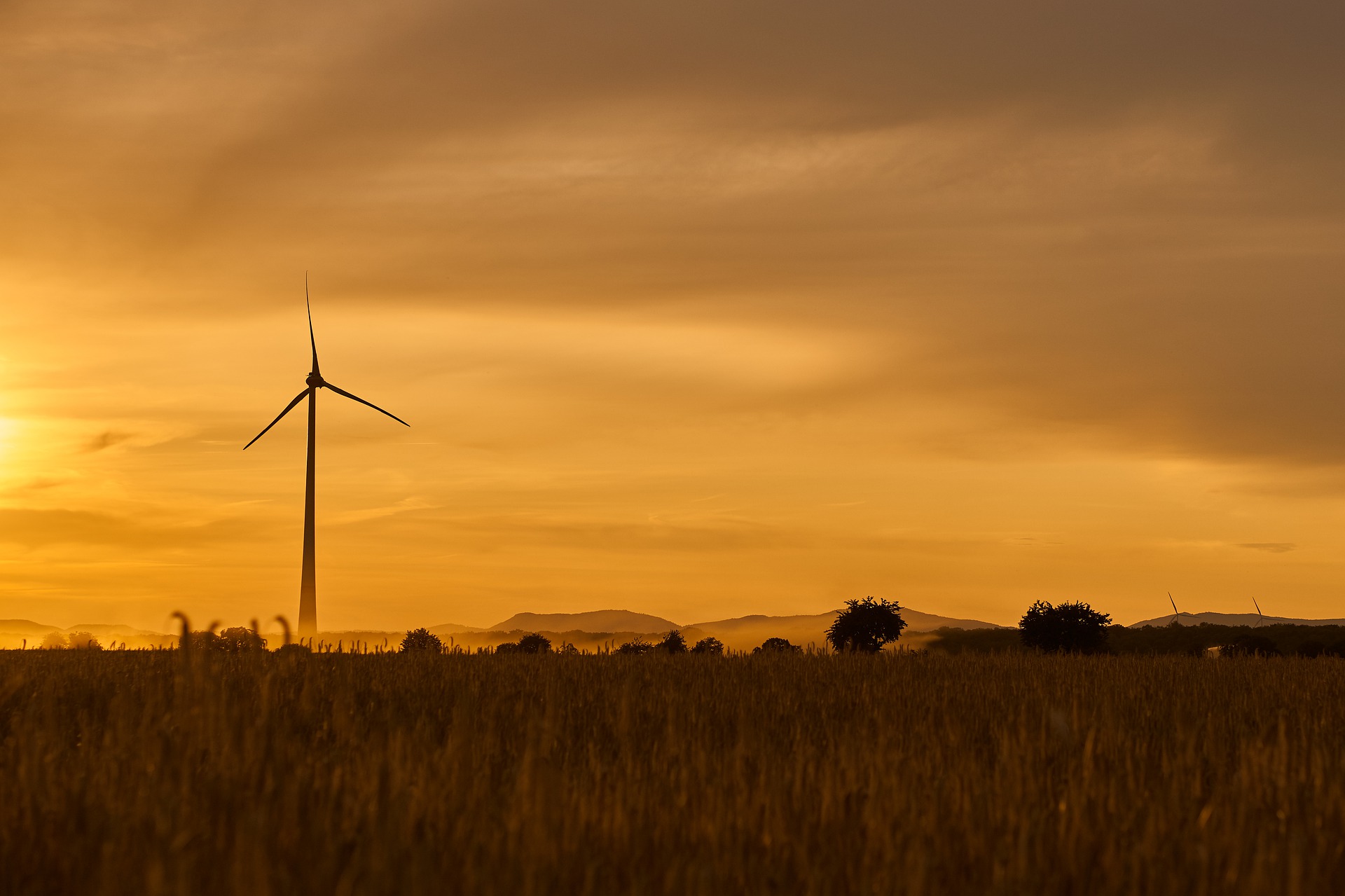 Ethereum ranked second with a market cap of around $22 billion and was valued at $208 at press time. 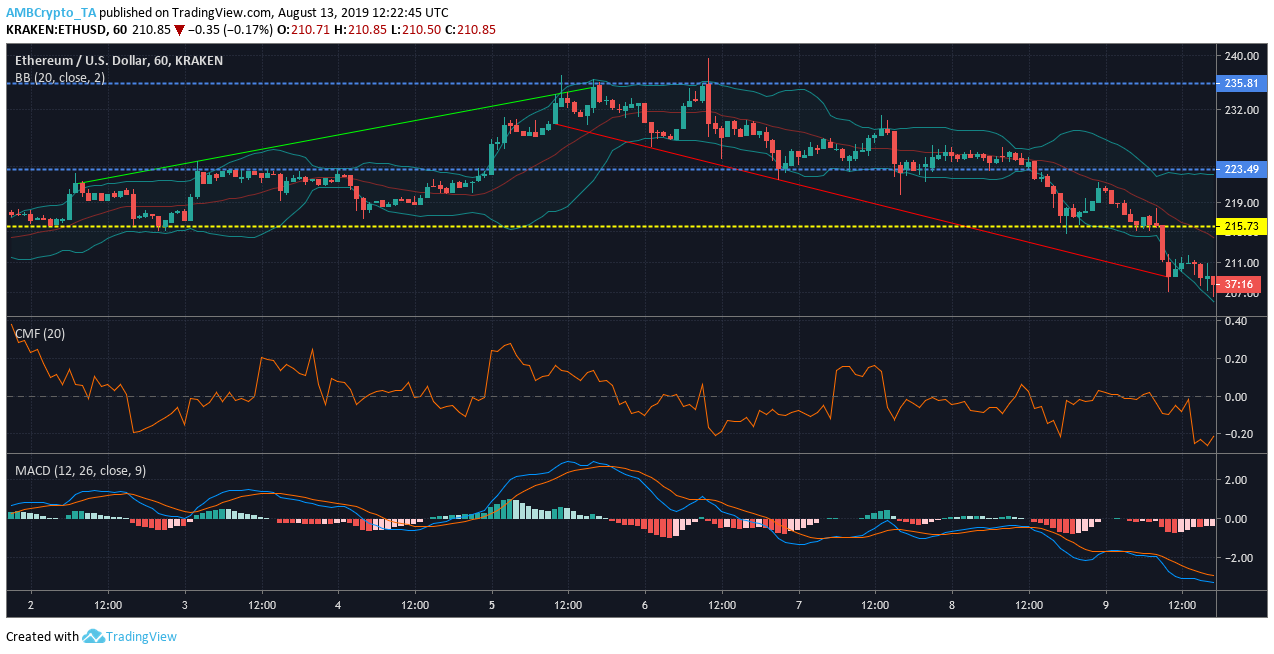 Bollinger Bands were diverging, resulting in reduced volatility in the market.

Chaikin Money Flow pointed at a bearish trend as the marker is seen above the zero lines.

MACD line was below the signal line, indicating a bullish market for ETH. 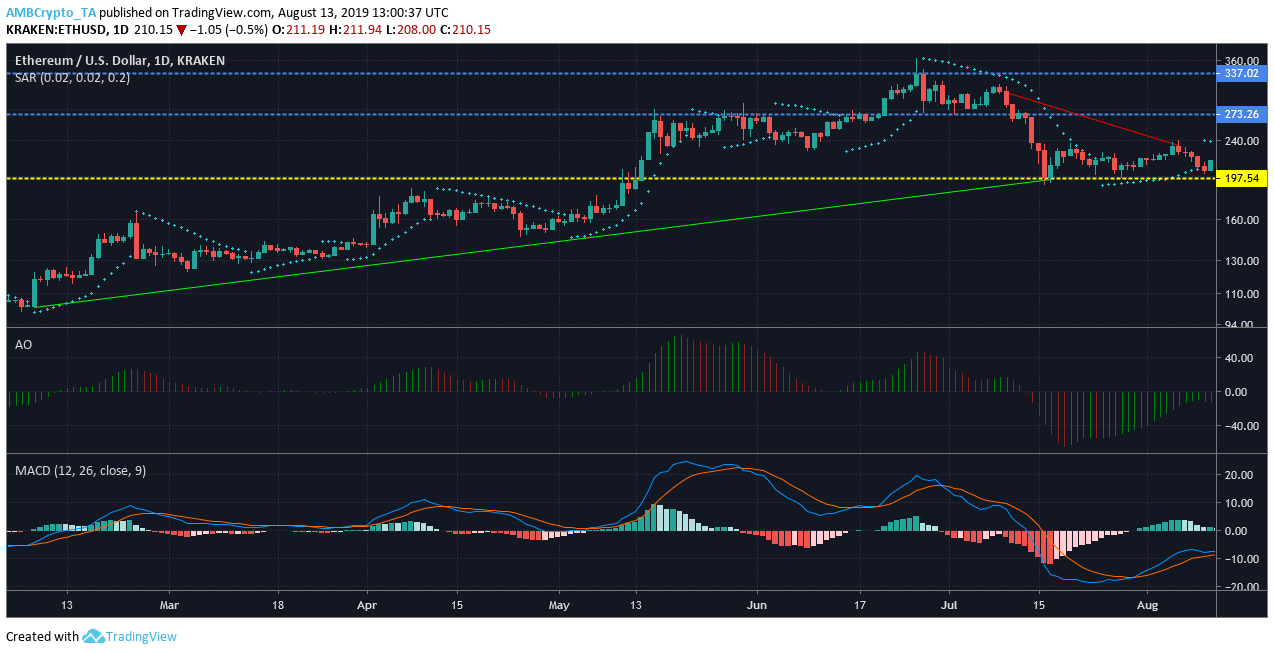 Parabolic SAR indicated a bearish market as the markers were aligned above the candlesticks.

MACD indicated a bullish trend, as the MACD line hovered over below the signal line.

The charts revealed that ETH showed a bearish trend as per the indicators.

Ethereum’s market cap dominance crashes below 8% as Bitcoin’s rises to 68.9%