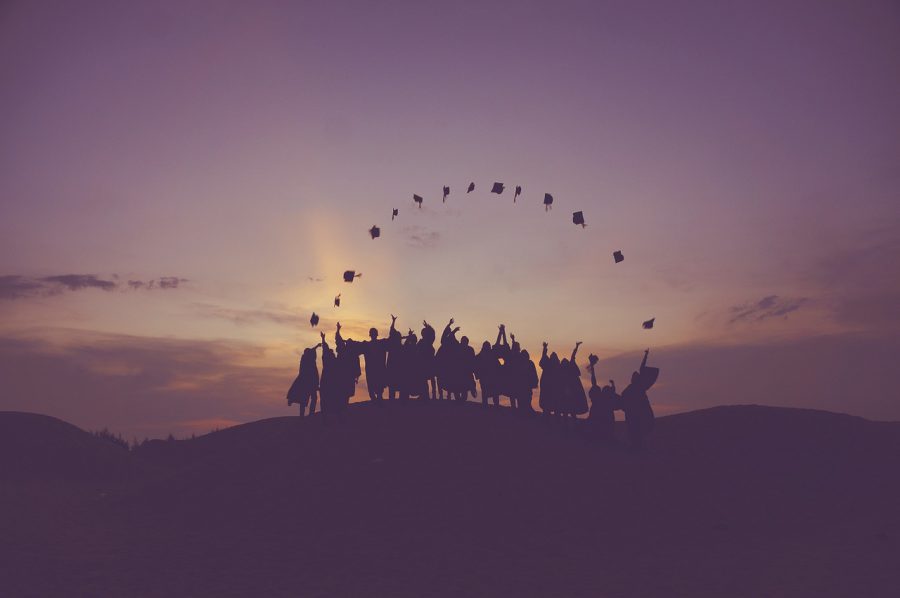 The largest altcoin, Ethereum was trading at $176.67 with a total market cap of over $18 billion at press time. The cryptocurrency had a trade volume of $7.44 billion in the last 24 hours, and did not record a significant rise or fall. 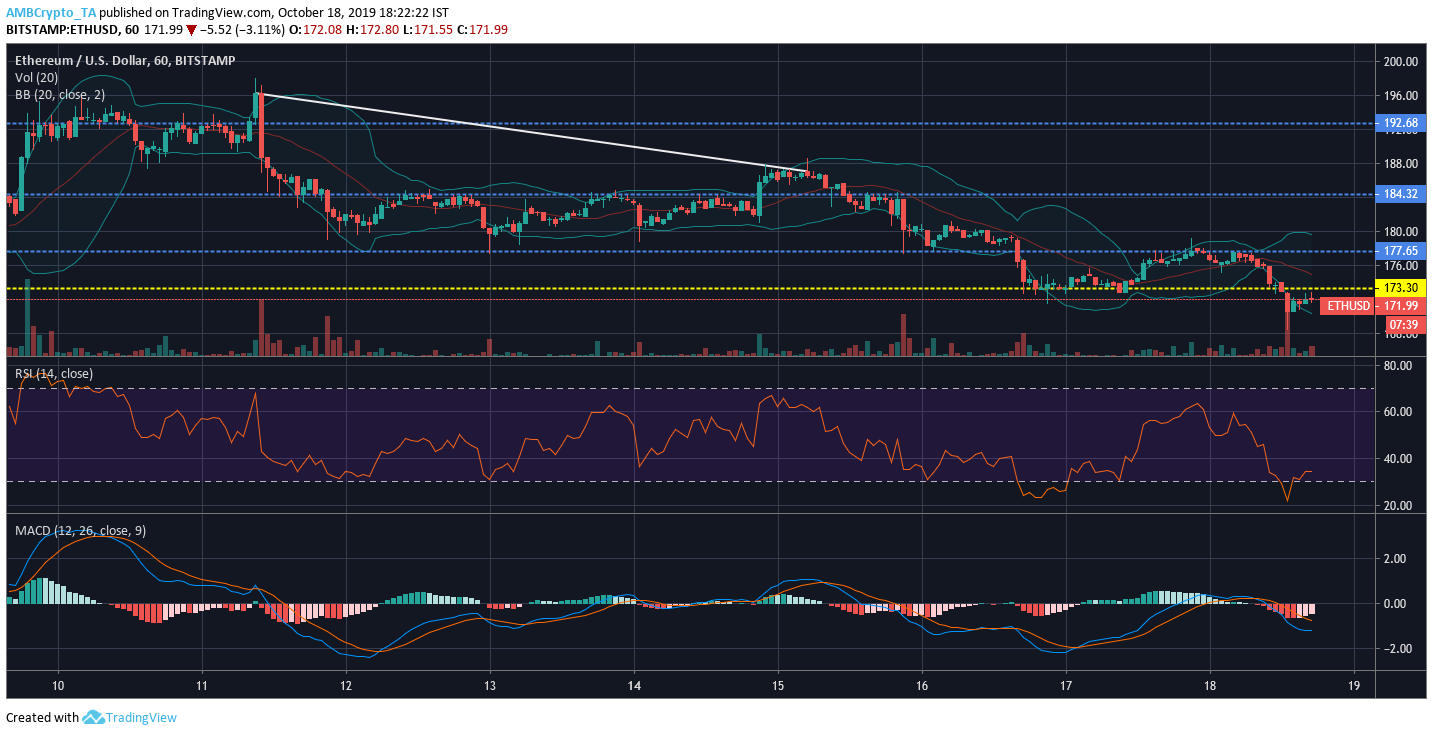 The Bollinger band indicator shows high price volatility as indicators were diverging in the chart.

The RSI indicator indicated that the token was close to being over-sold in the current trend. 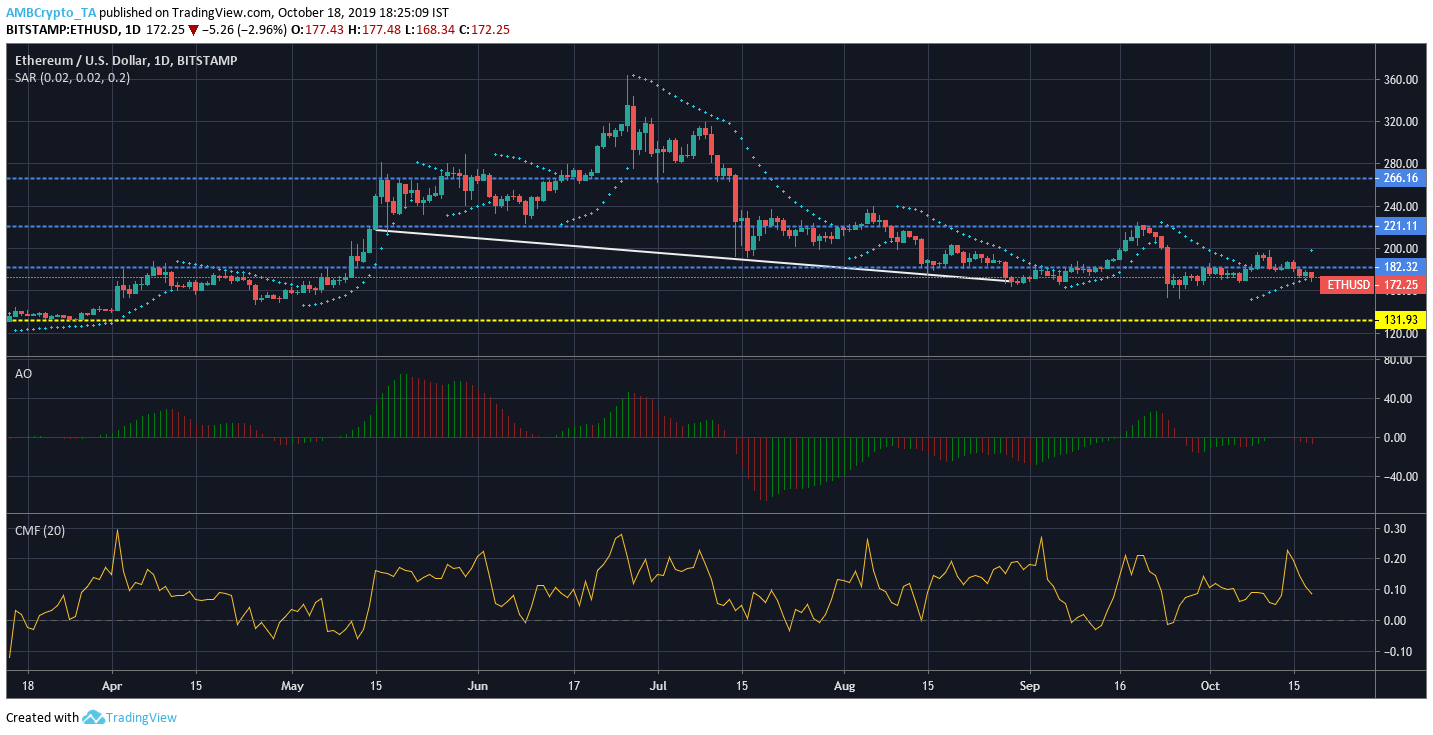 The Parabolic SAR indicator showed that the marker was under the candles, indicating a bullin run for Ethereum.

The Ethereum price analysis of 1-hour and 1-day show bearish sentiment was high for the short term chart but exhibited a trend reversal on the long-term period.

XRP indicators show the price is moving up