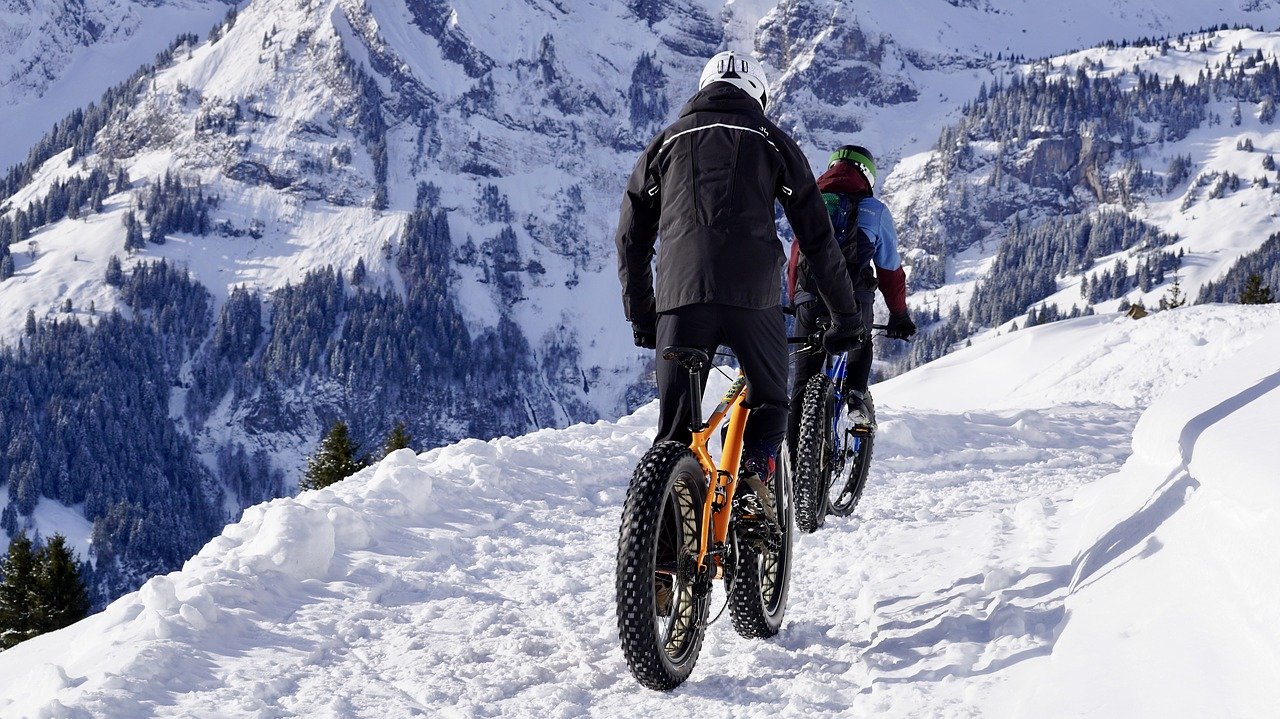 In what is yet another crucial milestone for Ethereum, the world’s largest altcoin, ETH has now breached the much-anticipated $2000-level across major crypto-exchanges. Interestingly, last week, Ethereum’s market cap also crossed the $200 billion dollar mark. At press time, ETH was trading at $2000.6, with the cryptocurrency recording a hike of 4.69% over the last 24 hours.

Unsurprisingly, the altcoin’s rally also coincided with Bitcoin’s own performance on the price charts, with the world’s largest cryptocurrency surging past $52,000 on the back of a few developments; namely, Tesla’s $1.5 billion purchase of Bitcoin and MicroStrategy’s intention to buy even more BTC. Grayscale’s purchase of almost 53,000 ETH on the 13th of February may have played a part too.

While Ethereum’s correlation with Bitcoin has certainly played its part, the ATH on Ether’s charts can be attributed to the recent launch of Ether Futures on the CME. According to the Managing Director and Global Head of Equity Products, Tim McCourt, CME’s Ether Futures product has been met by an overwhelming response. In the first week alone, the CME saw over 371 contracts on average traded, with an average of $34 million in daily volumes.

Ergo, it’s no surprise that analysts remain bullish on ETH and expect the crypto-asset’s rally to continue, especially since the CME launch could bring in more institutional players into Ether’s market.

Meanwhile, strategists at CoinShares believe that besides Bitcoin, even Ethereum has lately become the most popular asset for institutional investors. In addition, Messari co-founder Qiao Wang predicted that ETH has the potential to hit $5,000 and that there is “absolutely no reason” for traders to sell long-term holdings now.

Further, in what is an indication of the long-term confidence in Ethereum, 2.0’s deposit contract recently crossed $3 million ETH.

While ETH has been rangebound on the price charts for a while now, it must be noted that there were quite a few indicators that suggested what was coming. According to Santiment, for instance, the number of whales holding over 10,000 ETH ballooned to 1,287 on Valentine’s Day, “foreshadowing this achievement.” 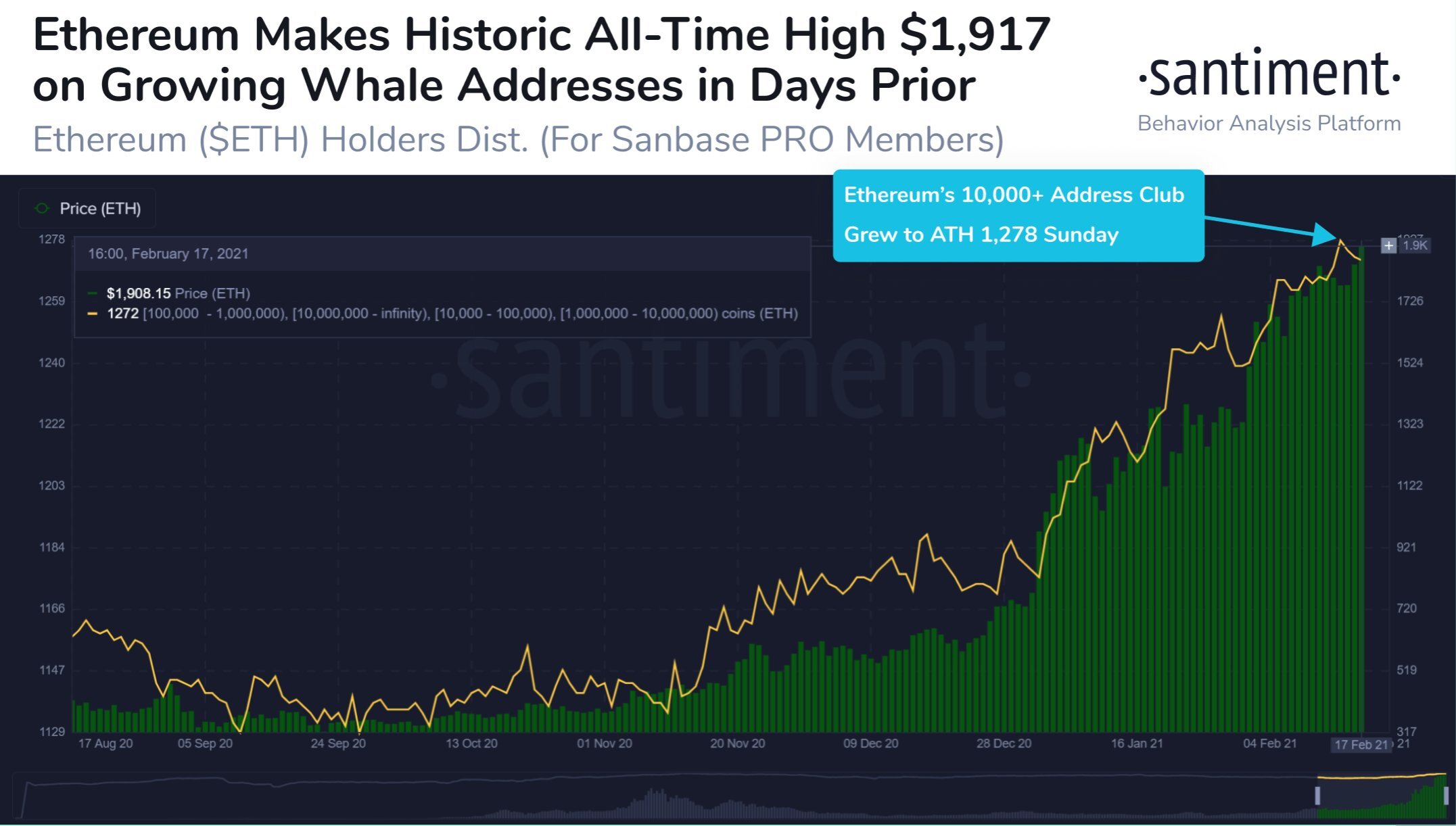 Finally, as of a few days ago, Ethereum’s top 100 whale exchange addresses were holding the lowest balance of $ETH tokens (~11.4M) in 27 months. 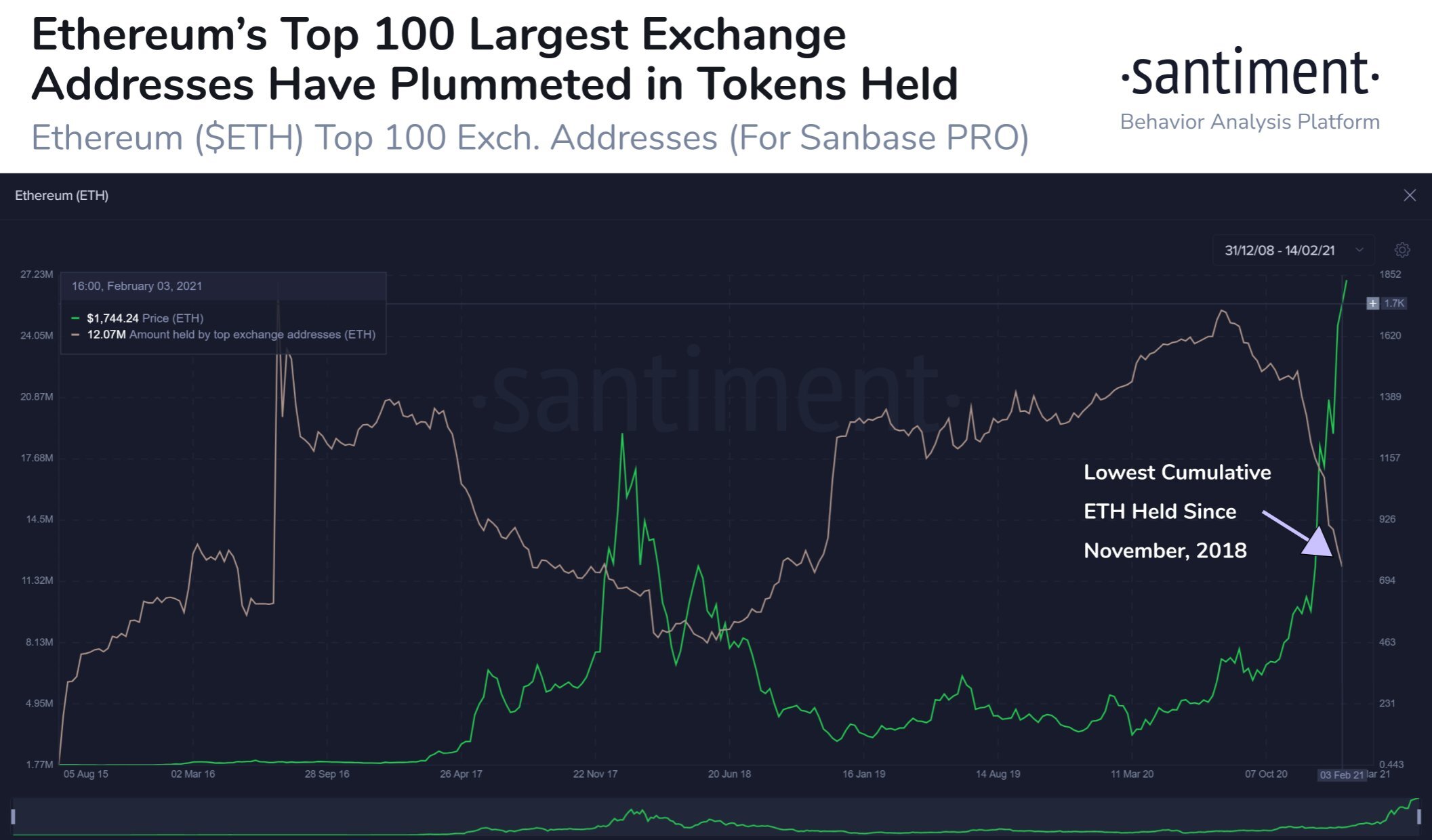 With ample bullish momentum along with these developments, Ethereum’s price has responded positively and has been able to set yet another all-time high in 2021.

Cardano surges past $1 for the 1st time since January 2018