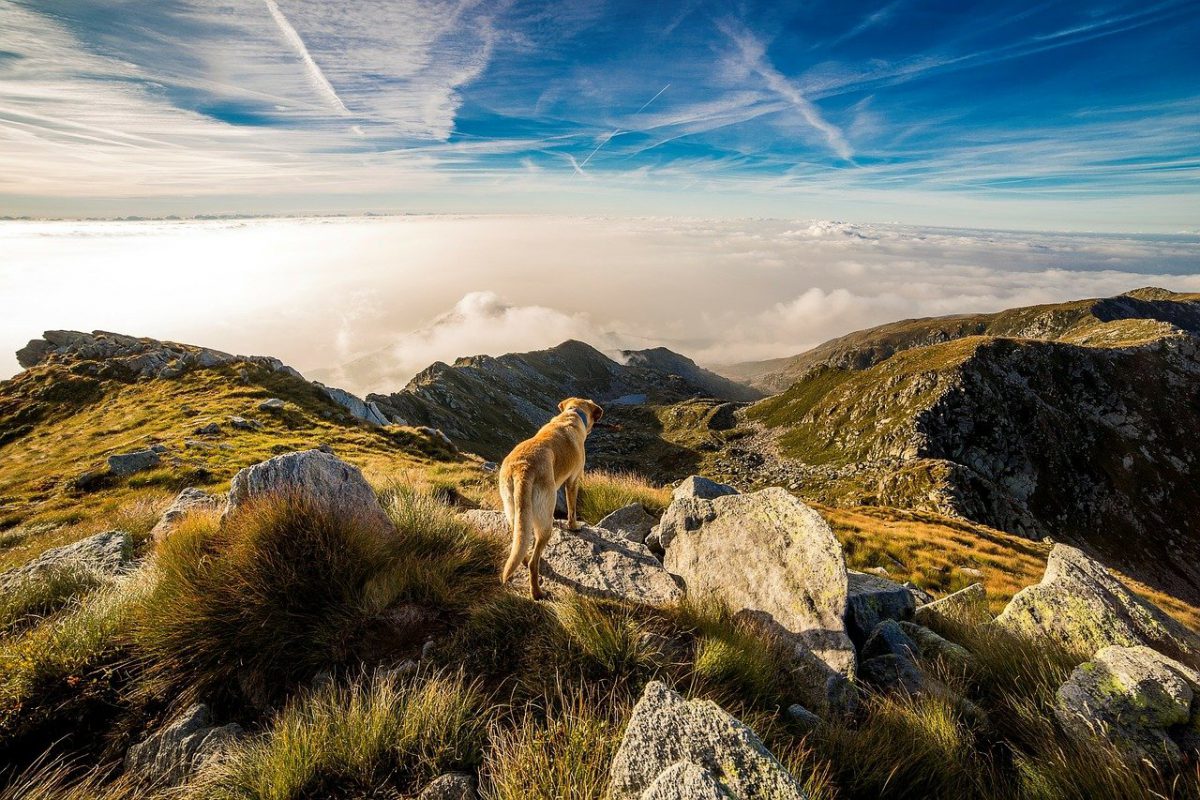 Ethereum reached a high of $759, a value ETH previously held in April 2018. Etheruem bulls would seek to hold on to the $725 and $700 levels of support over the coming days in the case of a dip. Dogecoin also saw fantastic gains over the past few days and could be set to retrace some of them. Synthetix recovered from a drop to $7.4 and was trading at $8.33. 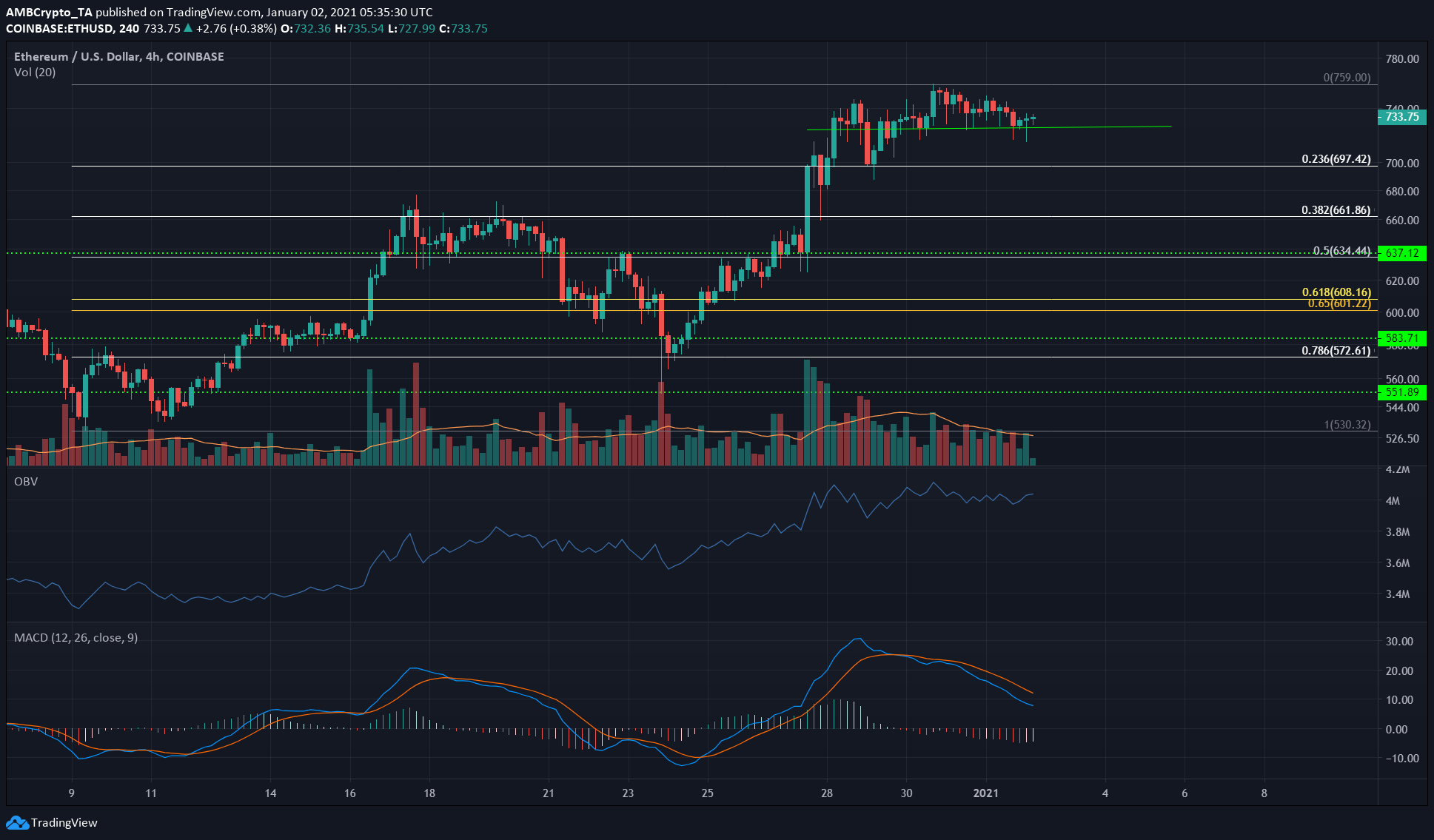 Using the Fibonacci Retracement tool, some levels of support for ETH were highlighted should it fail to break past the $750 level once more.

In the short-term, the MACD formed a bearish crossover, yet the $724 mark should act as support. The $725-$735 has served as a region of demand for ETH over the past couple of days.

If this region is flipped to a region of demand, it is likely that ETH would move back down toward $700.

The long-term outlook for ETH is strongly bullish. The OBV showed that buying volume has been strong for ETH throughout December. Pullbacks such as the one from $661 to $572 in mid-December, did not see voluminous selling. 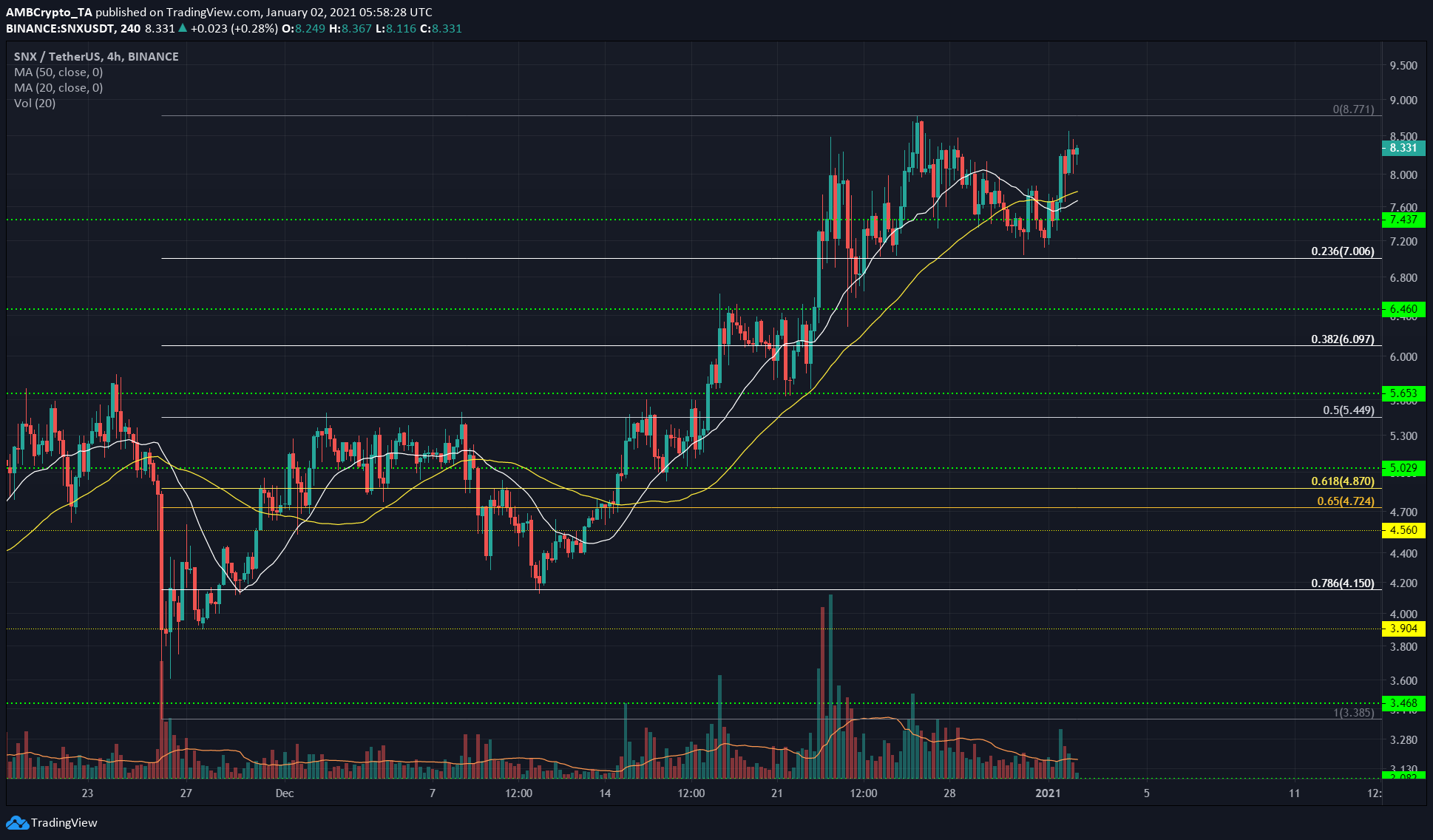 The price rose back above the 50 SMA (yellow), which can be expected to act as support over the coming days. The Awesome Oscillator moved into bullish territory to reflect the recent gains for SNX.

A rejection at the $8.7 region can see SNX dip back to $7.4 support once more, while a rise past it could see SNX target the psychological $10 level. 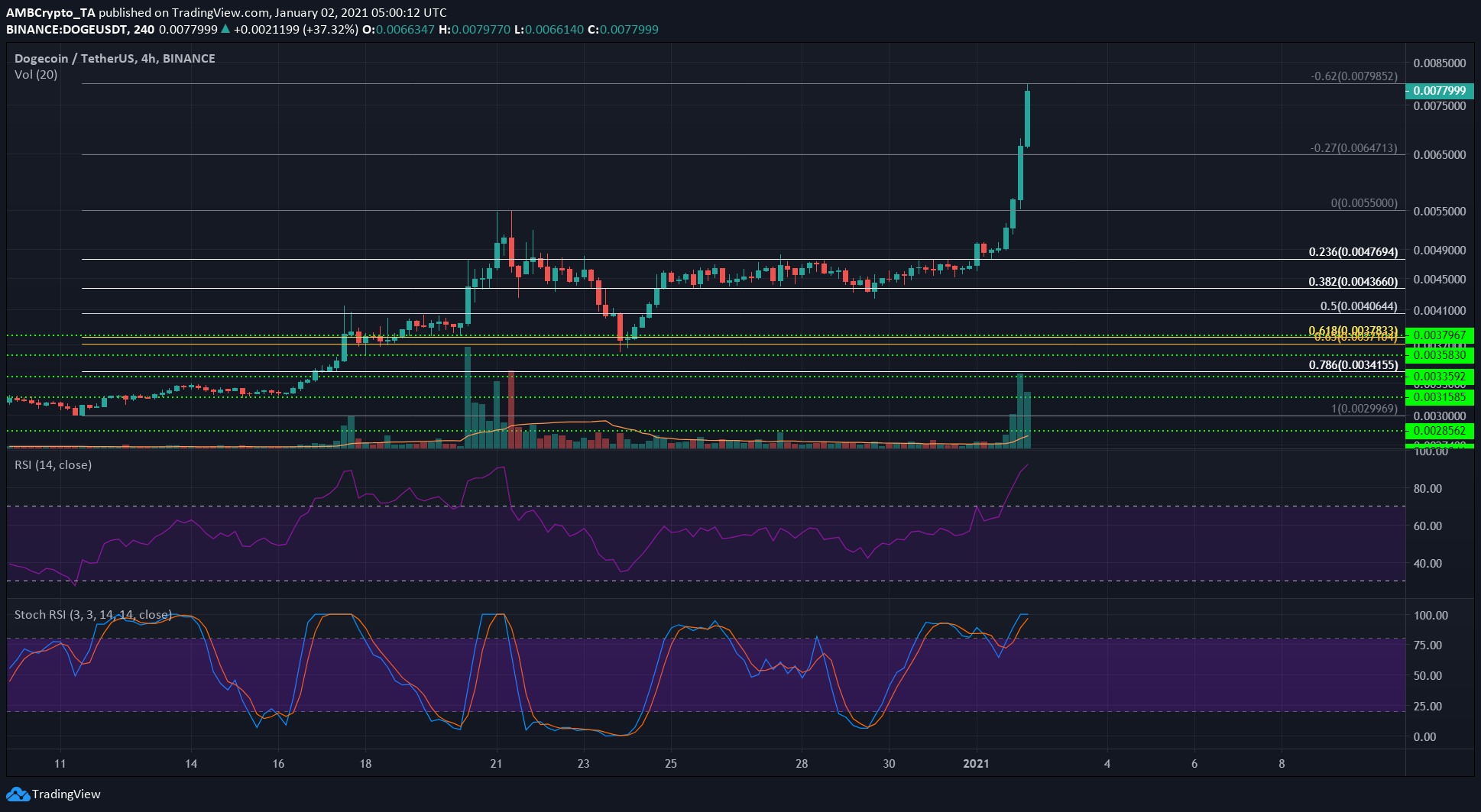 The 62% Fibonacci extension level was reached and the RSI, as well as the Stochastic RSI, was in the overbought region for DOGE on this time frame. A pullback after such strong gains can be expected, with the 27%  extension level likely to act as support should the price dip.

The $0.0047 level was a significant level for bulls to claim for themselves, as it acted as a strong resistance when DOGE reached this level in July.