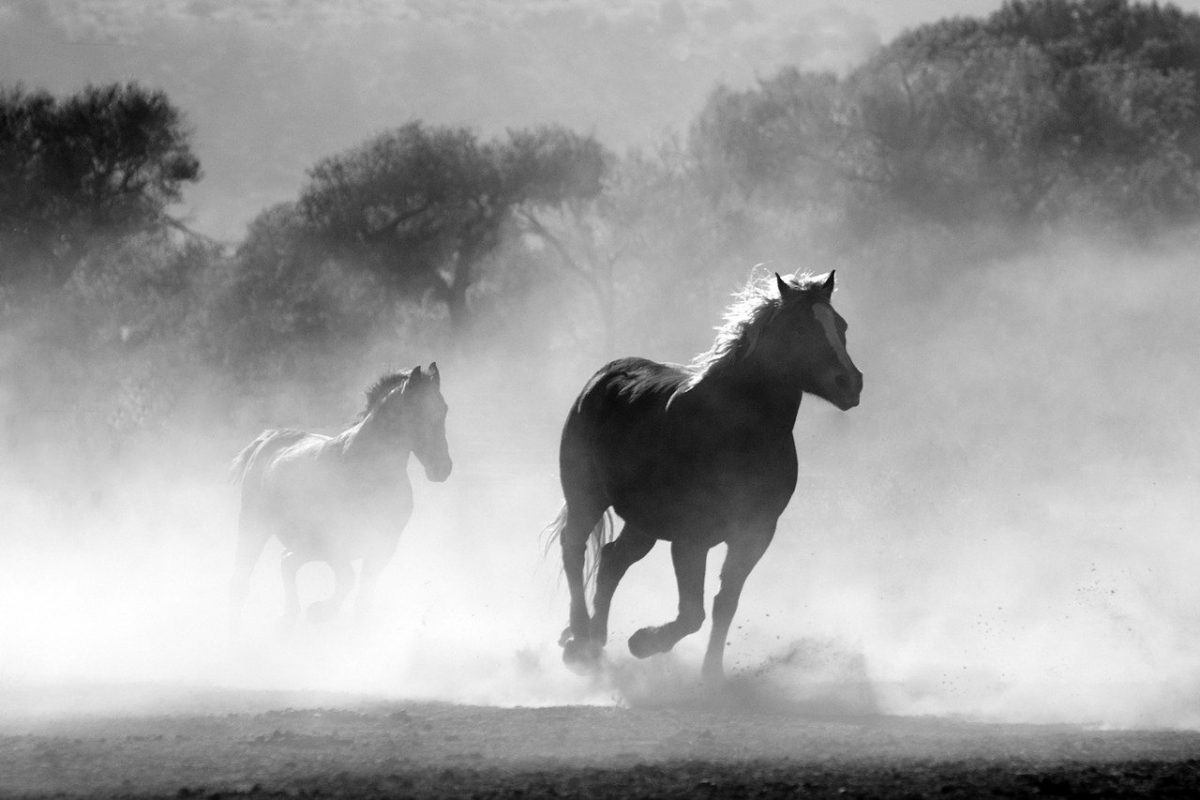 Ethereum saw a pullback after reaching a local high of $747. Tezos broke out of a triangle pattern but was forced to revisit a level of support, while Dash witnessed increasing selling pressure in the short term. However, it formed a bullish pattern on the charts, and conviction from the bulls could see its price surge. 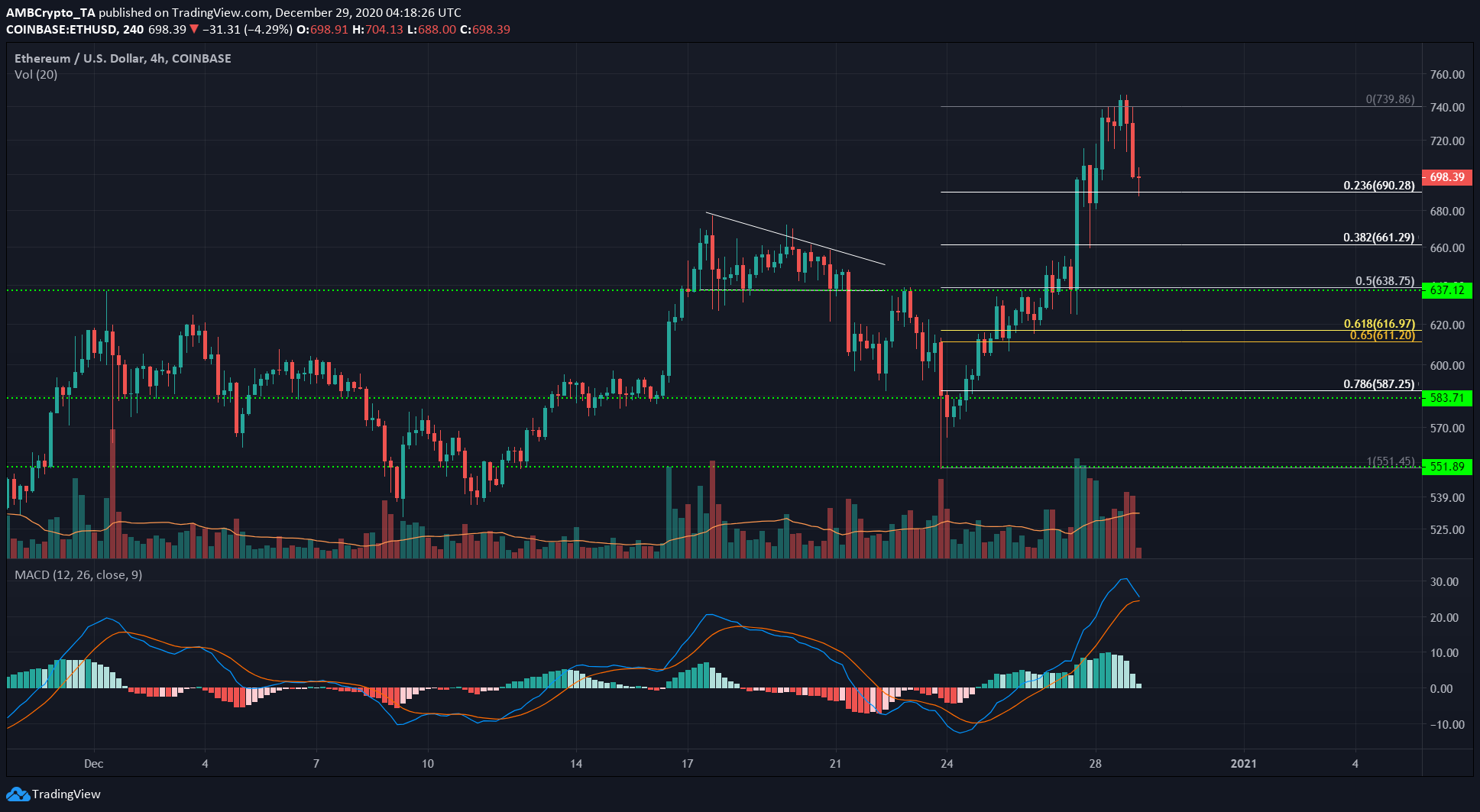 Using the Fibonacci Retracement tool for Ethereum’s move from $551 to $747, some important levels of support for an ETH pullback are highlighted.

The 38.2% and 50% levels are generally tested on pullbacks. The past few hours have seen above-average trading volume for ETH as it shed 6.5% from its local high.

The MACD was on the verge of forming a bearish crossover to signal short-term selling pressure. The 23.6% level has already been tested, and a trading session beneath it would see ETH head toward $665, and possibly even as low as $641. 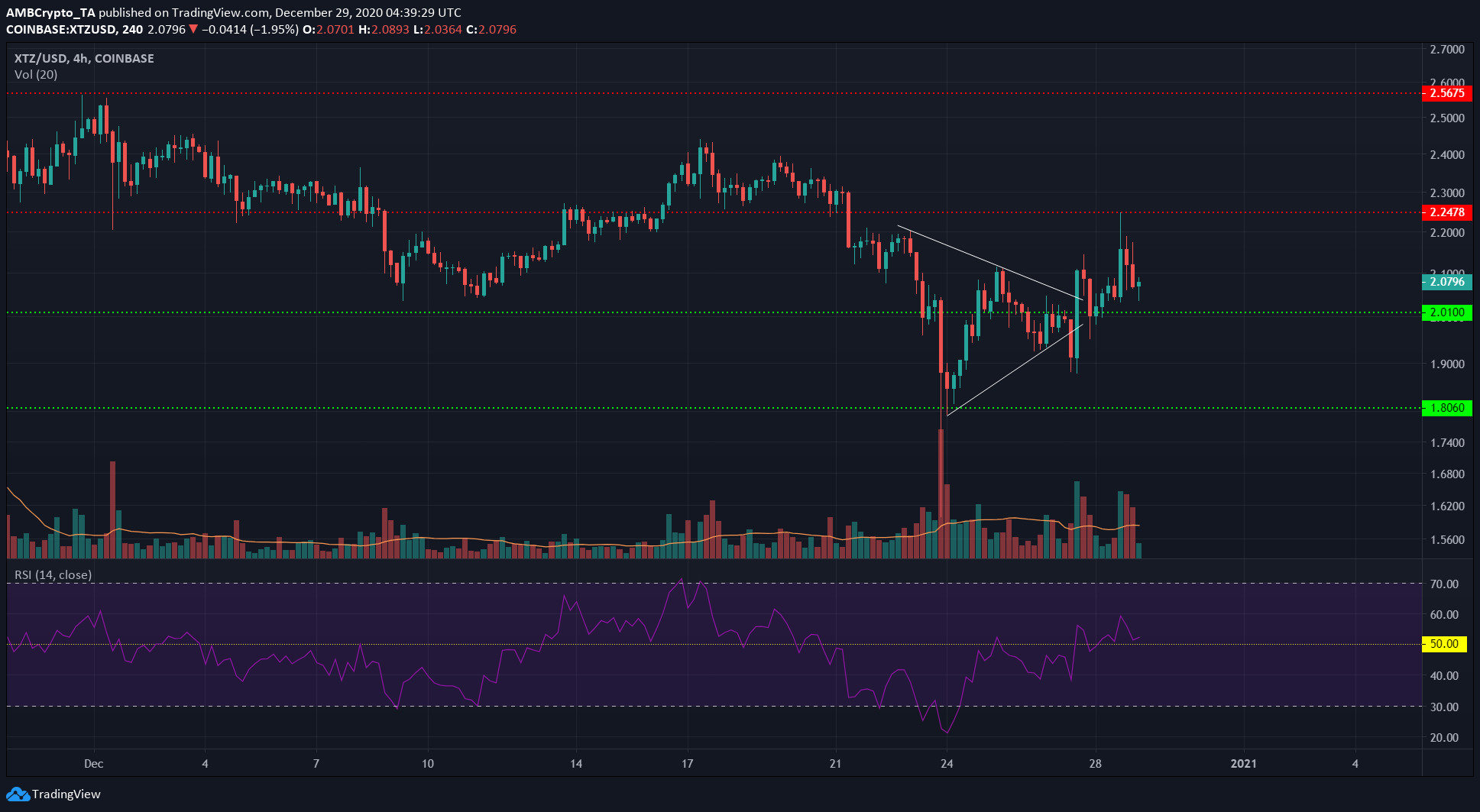 XTZ formed a symmetrical triangle pattern and moved beneath the pattern to hunt for stop-loss orders before the price reversed and broke out to the upside in a bid to test the $2.24 resistance, where it met strong selling pressure.

These sell orders forced the price back toward the $2 level of support over the past few hours.

The RSI rose above the neutral 50 line and retested it as support to indicate a short-term uptrend for XTZ. The trading volume on the upside breakout was also strong. 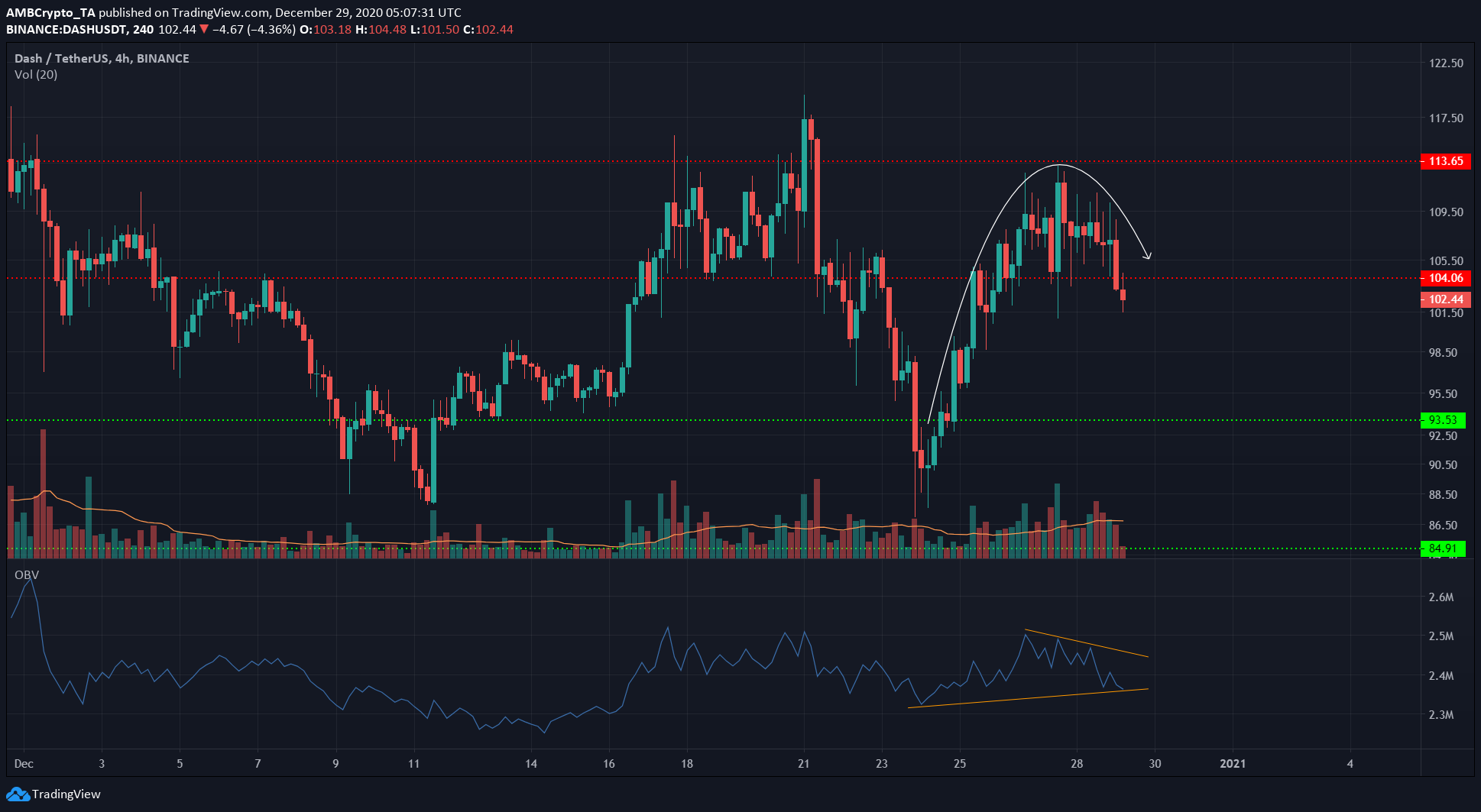 DASH formed an ascending and inverted scallop pattern on the charts over the past few days. This pattern would be vindicated upon a trading session close above the $113 resistance level, followed by a move toward $135 over the coming weeks.

OBV moving above the descending trendline would indicate that a hike in price would follow, and could see the $104 and $113 levels of resistance flipped to support.

A move below the psychological $100 level could see DASH dip toward $93.