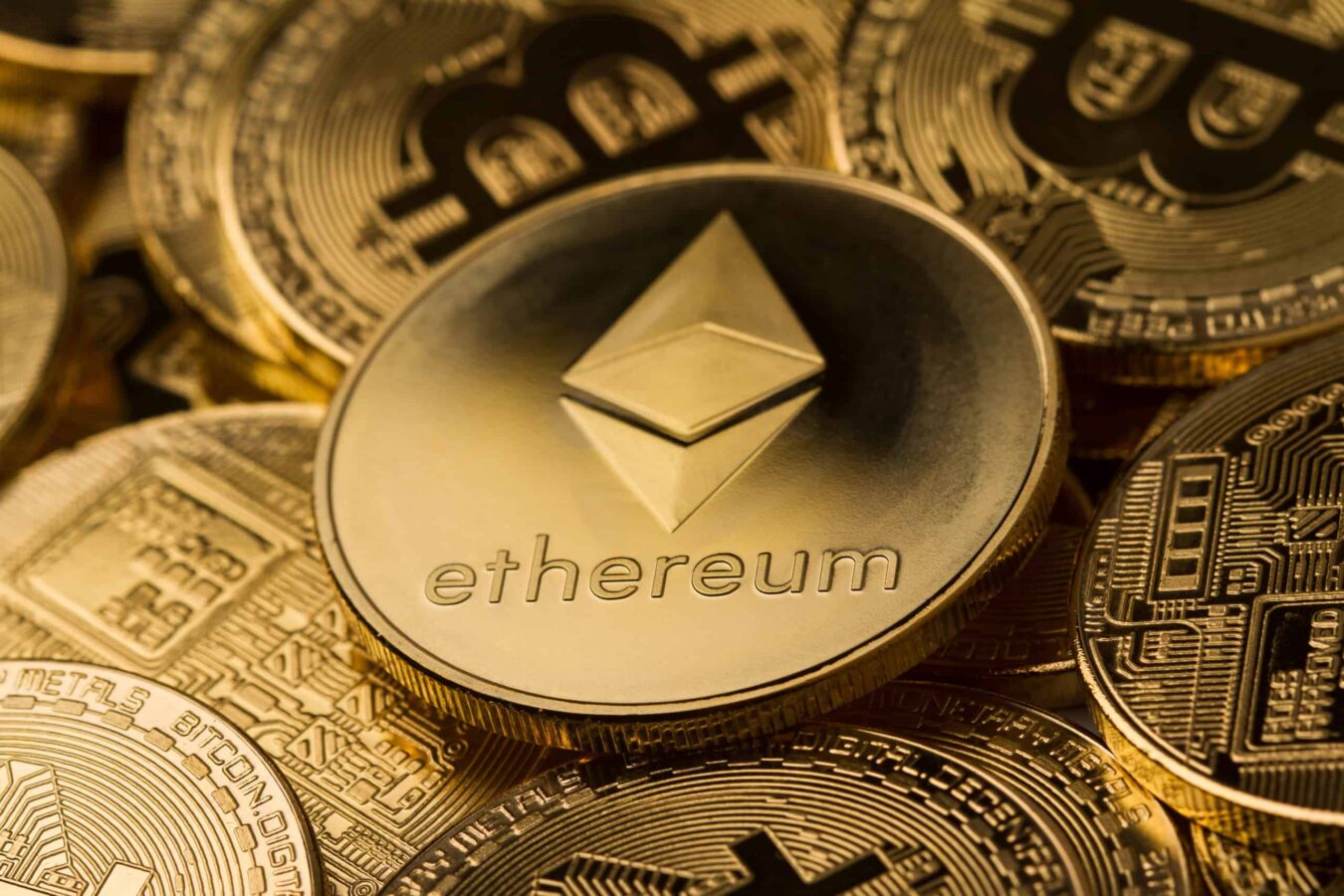 Ethereum is considered to be the leader of altcoins. Being the second biggest cryptocurrency, it has created a strong network with proof of work. But with the proof of stake update, Ethereum could give a much tougher competition to Bitcoin.

After the 76.81% rally, it would look like up is the way. However, this rally has been primarily driven by spot trading, which is now slowing down as prices begin to fall. Thus investors need to prepare for the next price levels which will not be up. Looking at ETH Options Open Interest by Strike, one can observe that there is a significant dominance of Puts in the lower ranges.

Puts contracts are quite high for the $2k – $2.5k, whereas Calls are dominating the $5k range. There are higher contracts for $4k, $5k, and $6k, compared to the lower ranges, but these ranges are more probable based on the expiry of these contracts. 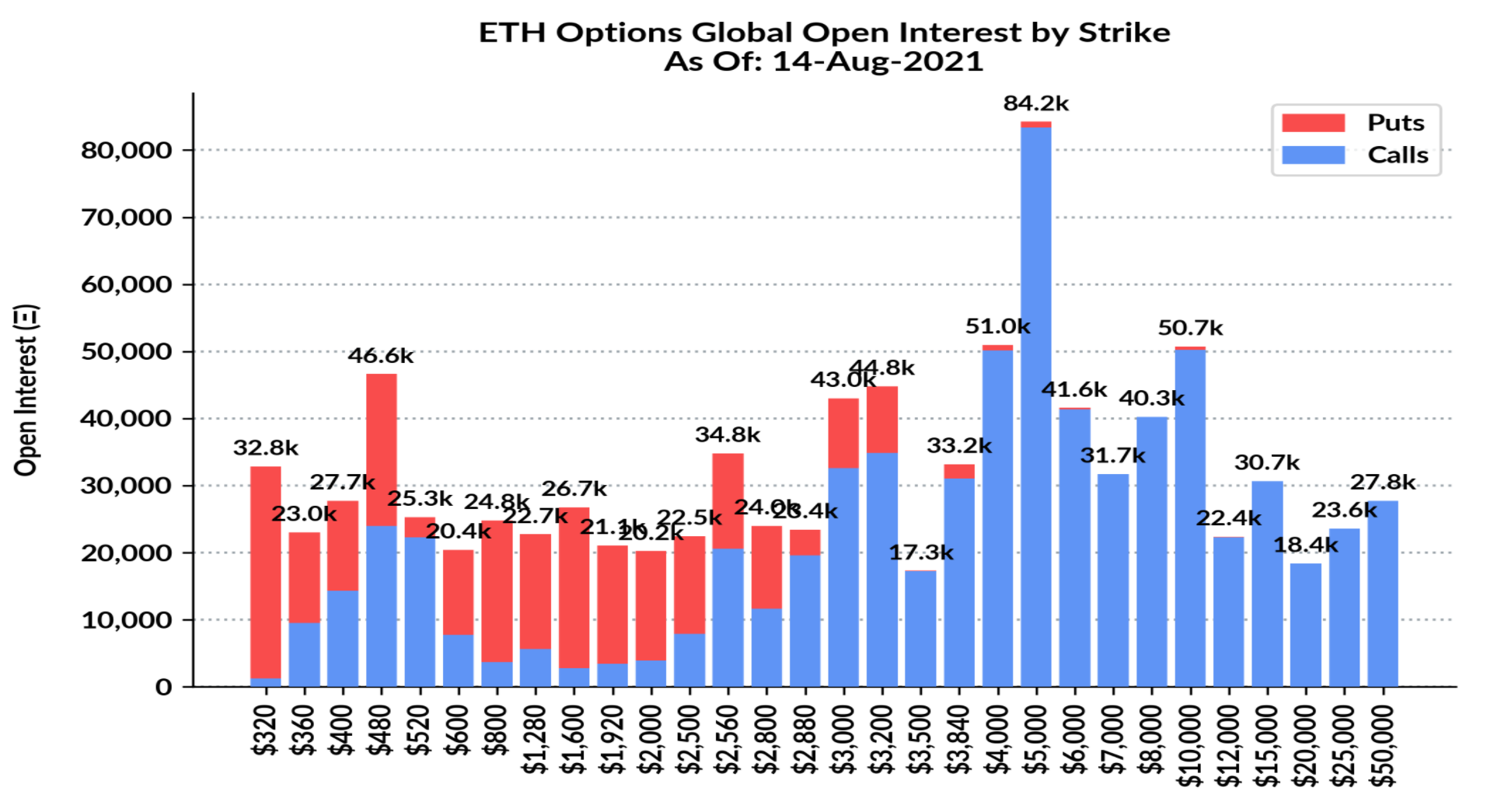 For most of these contracts, the expiry is set around September or December. For Ethereum to reach $5k by then can be a possibility but that will not happen by the end of August. When the expiry for August is considered, it becomes apparent that even though these expiries are a little more bullish, there is an equal chance of a bearish move as well.

But the probable price target is not considered on the basis of the expiry targets alone. These targets are drawn from the probability index. 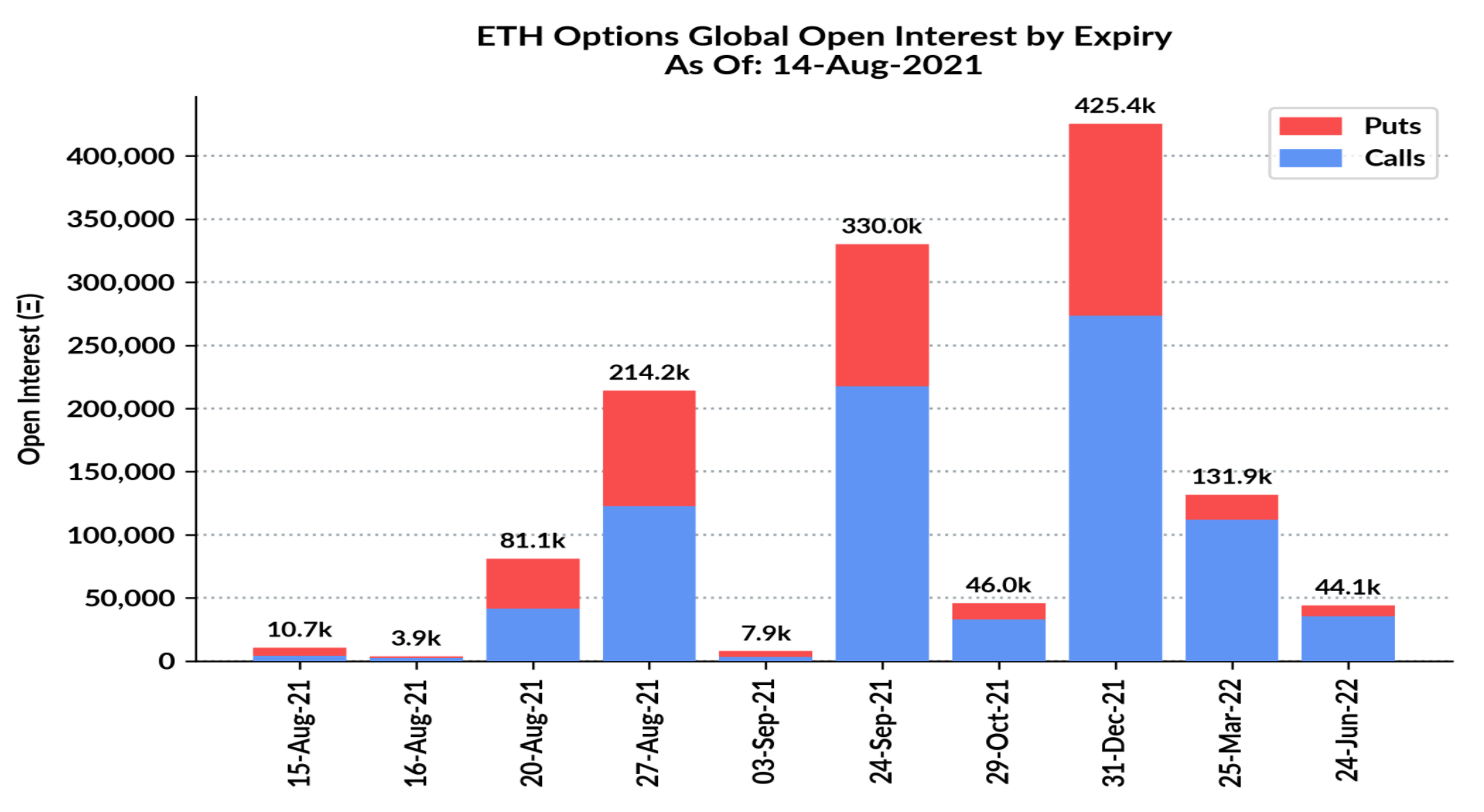 The index analyses the market and price movement of Ethereum to bring forward an estimated probability of the next possible ranges. Sadly for Ethereum’s bullish investors. At the moment the index shows only a 1.26% probability to reach $5k. And it makes sense too since the 3-week long 76% rally only raised ETH by $2k.

On the other hand, there appears to be a 88-96% chance for ETH dropping to $2k-$2.5k. Even though the probability is high, these ranges are way too low. For the altcoin to reach there, it will have to fall by 36%, which is highly unlikely.

Thus averaging out based on price action, the possibility of upcoming corrections, and on-chain data, $2800-$3000 is where ETH could end up by the end of the month. 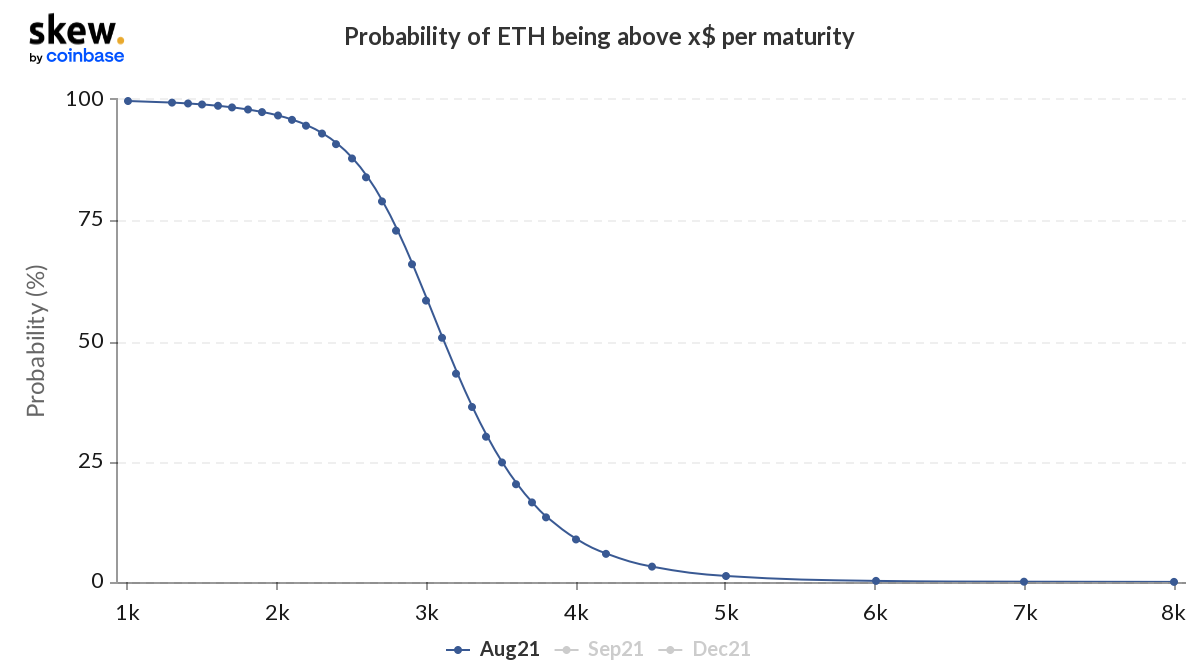 Verifying this are the Futures and Options volumes, which have been high as well as the Options OI and Futures OI, which are at a 1-month high and a 3-month high respectively. 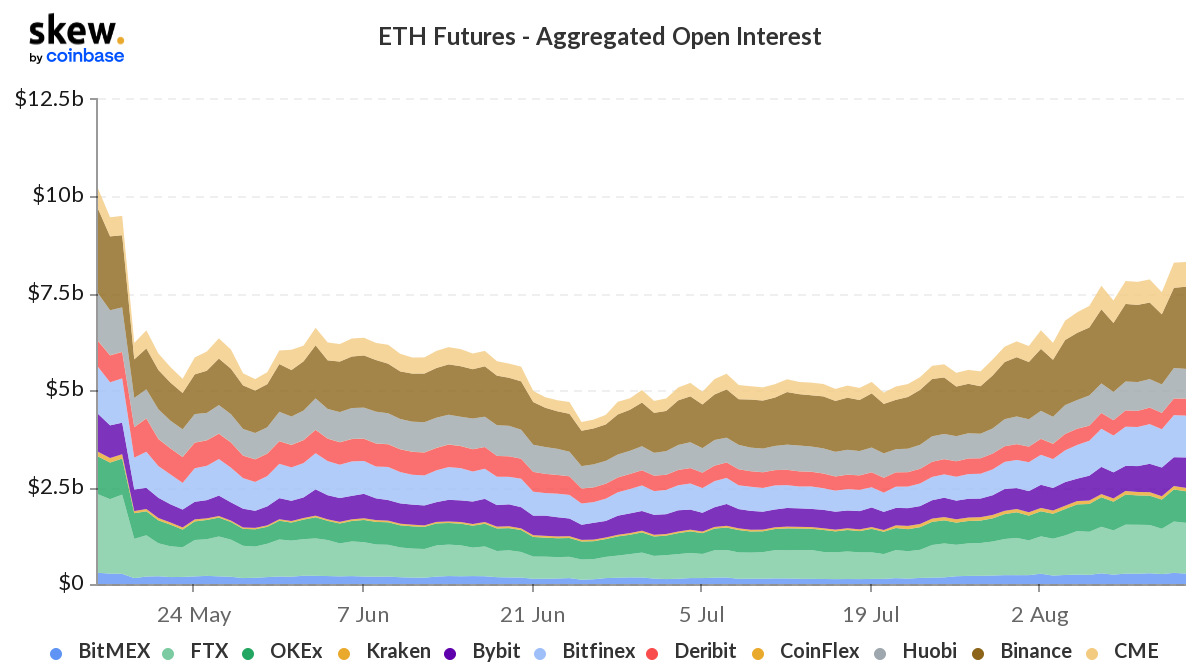