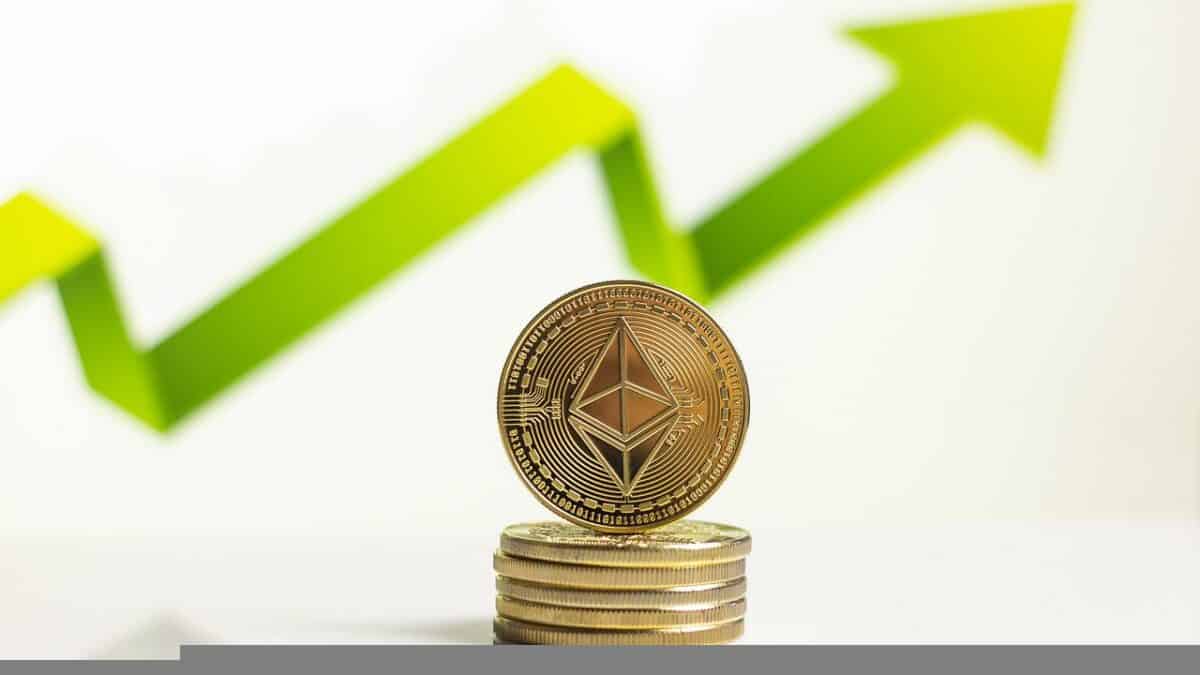 Ethereum [ETH] crossed $1,500 on 19 July after it last crossed the mark on 12 June. This comes following the massive bull run from the level of $1,100 after the update related to the Merge came to the fore.

However, crowd disbelief is evident on social media as shown by the latest on-chain data. Furthermore, average returns on Ethereum have also shot up with the increasing prices. The average ETH return of 30-day traders has increased up to 28%, the highest since August 2021.

📈 #Ethereum's return above $1,500 for the first time since June 12th appears to be happening as the crowd has little belief in this rebound. Despite this, the average $ETH return of 30-day traders has ballooned to +28%, the highest since August, 2021. https://t.co/KsTbw9Iaev pic.twitter.com/7oqdGgK9pB

No backing down now

Despite signals for a drawdown, a few metrics are suggesting encouraging signs across the ETH network.

The current relief rally during this bear cycle has also aided Ethereum’s growth in recent days. So, what does it all mean for Ethereum now in these circumstances?

The number of transactions (7d MA) on Ethereum reached a one-month high of 48,100 on 19 July as traders participated in buying and selling to either look for a profit or cut losses. 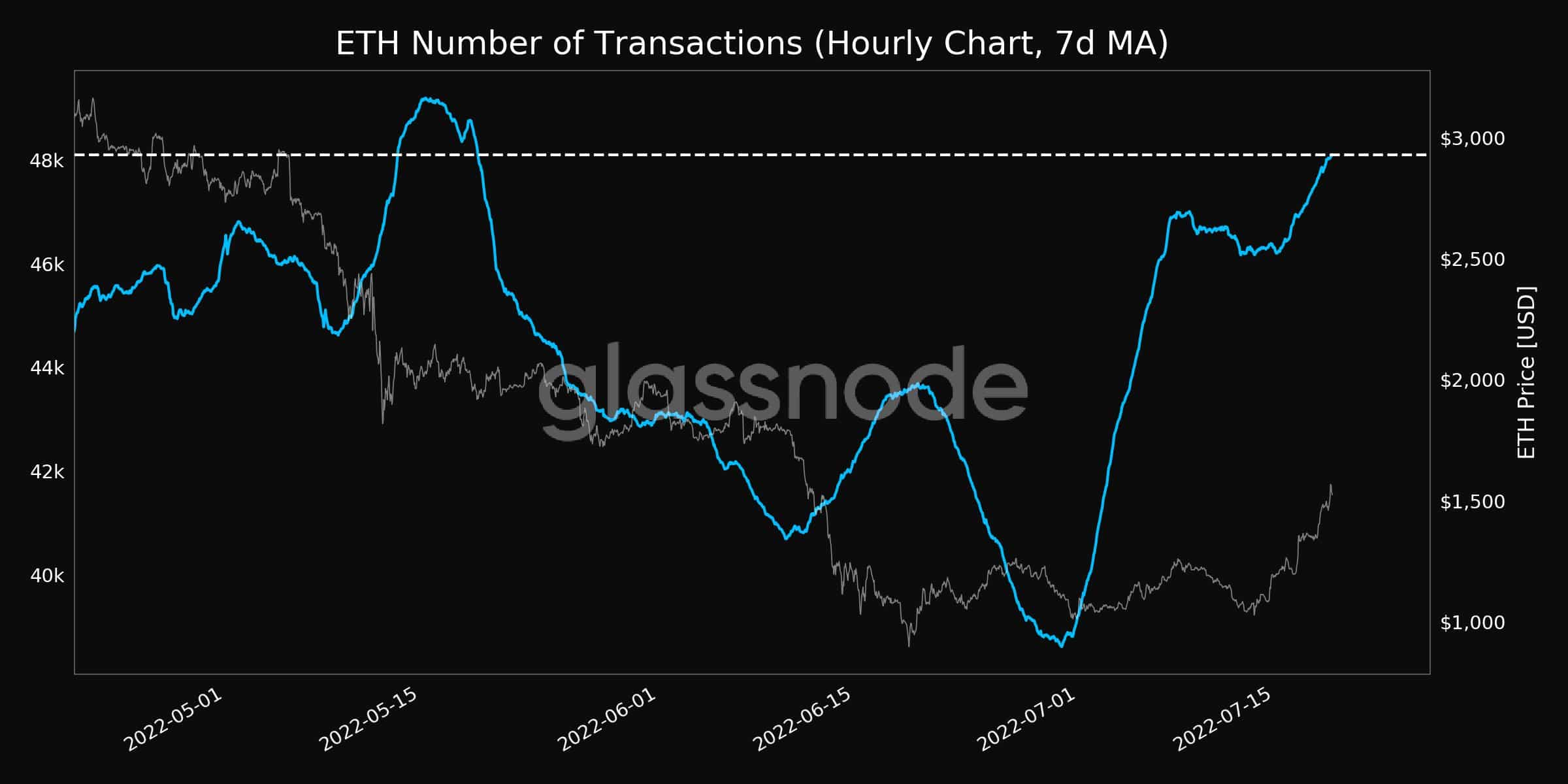 Furthermore, a bullish indicator was the decreasing balance on exchanges, which reached a one-month low of 21,039,062.196 ETH on 29 July.

This refers to the trend of taking the holdings off exchanges for long-term commitment to the network. The previous one-month low of 21,155,053.268 ETH was observed three days ago on 16 July. 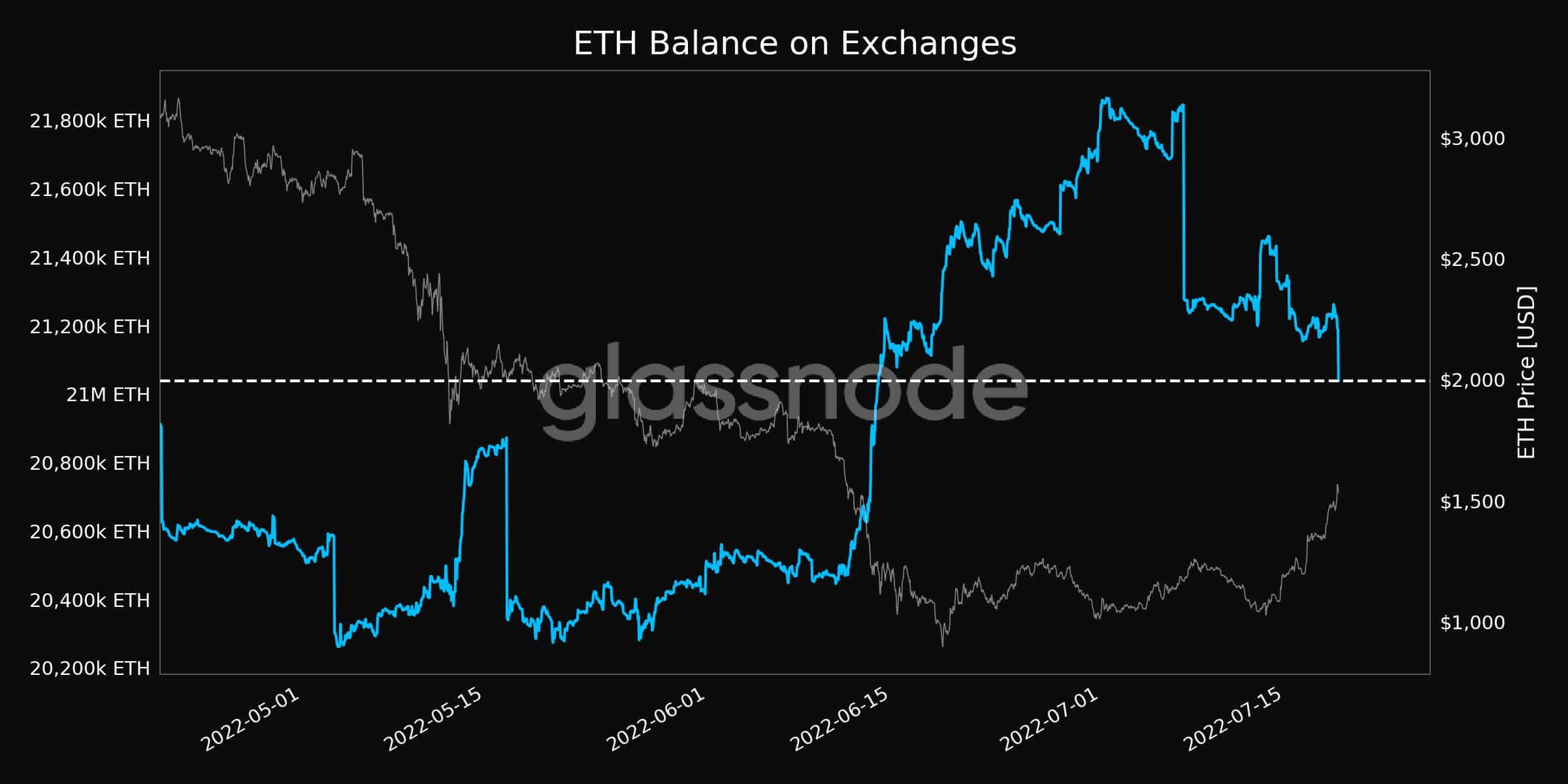 Mixed signals now, is it?

Ethereum finds itself in a similar position again. With conflicting indicators, there is now growing confusion about whether the Ethereum bubble will burst or not.

Ethereum whales are also beginning to take interest in the recent rally with over 131 whales returning to the network recently.

ETH could see a near-term slowdown before picking itself up again.

Finally, investors/traders need to watch out for Bitcoin’s movement. This is because ETH shares a whopping 81% 30-day correlation with the king coin.

Ripple: One man down amid regulatory woes but is XRP the remedy