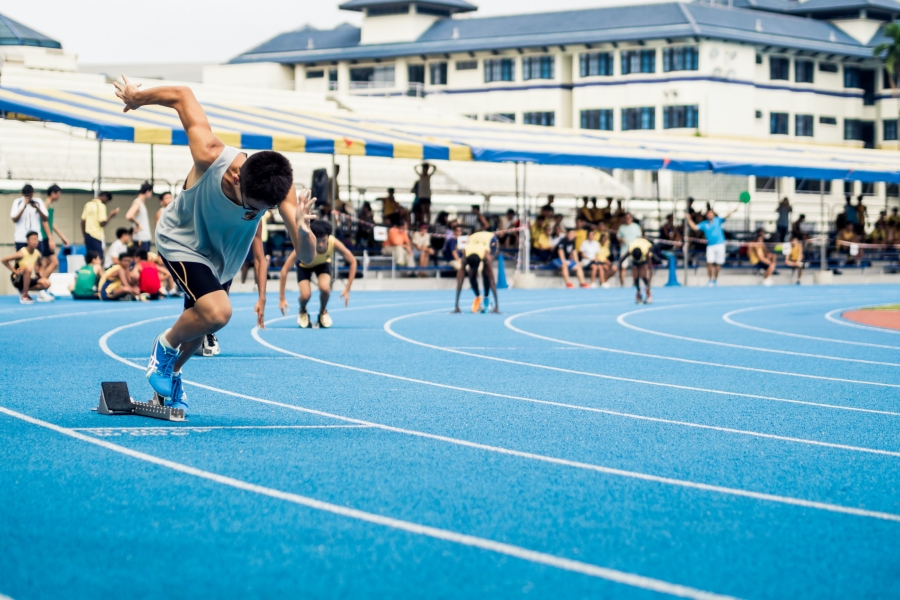 On the second day of CoinMarketCap’s conference, The Capital, Blockstream’s Samson Mow shared his thoughts on proof-of-work, halving and the future of mining. On the sidelines of the same, Mow, in an interview, spoke about how ASICs have become commoditized, and gave his opinion of Ethereum and why he thinks proof-of-stake is “a joke.”

“Every new [generation] that comes out, there’s no one clearly in the lead. Bitcoin is obviously not ASIC resistant. But for altcoins, ASIC resistance is a thing that they have to contend with because there’s much less security involved for your typical altcoin.”

Mow also spoke about how fighting ASIC resistance can open a new can of worms because not all ASIC producers have the same resources and can return to the market as fast as others when algorithms change. Mow claimed that this leads to hidden ASICs that aren’t released to the public and are instead, used either for self-mining or sold to close customers.

“People thought there were no ASICs for Ethereum, but [they] were actually running quietly, their hash rate went up for some time and then later on they were released.”

When asked about proof-of-stake, Mow said that cryptography, computer science, and the mathematics behind the consensus mechanism weren’t something the average person would be capable of fully understanding. However, any serious computer science-related person would agree that proof-of-stake doesn’t work because it is “essentially perpetual energy.” Additionally, Mow compared proof-of-work to a gold ring in a boiling pot, stating that the fear of being burnt protected the asset.

“Proof-of-stake is more like “we’re not going to steal it because people have kind of agreed and we all have an invested interest in keeping it there.” And they built these very, very complex Rube Goldberg systems that kind of mask what they’re actually doing, which is really just that everyone is supposed to be honest.”

According to Mow, a consensus mechanism that is not consuming energy to produce security is simply not producing security, going on to explain how it is not practical for coins to transition from proof-of-work to proof-of-stake due to the laws of thermodynamics. He also claimed that staking creates security internally because everyone involved has their assets on the line, but it doesn’t protect the network from external threats.

Mow also took a moment to talk about Ethereum‘s decision to move to a proof-of-stake consensus model.

“So ConsenSys has a stake in it, Vitalik [Buterin] has his stake in it — very large stakes. But what if you have Justin Sun with Tron, who’s trying to overtake Ethereum? So he could just buy out some of the stakes and attack the network. Because if I can destroy Ethereum then Tron goes up.”

The Blockstream CEO added that he doesn’t think many people argue directly with Ethereum on proof-of-stake and that every time a vulnerability is found and addressed, it creates new ones, which becomes a continuous process of making it increasingly complex to hide how it doesn’t consume energy, while it claims to be secure.

“I think proof-of-stake is very scammy, because they call it proof-of-stake. It’s like I’m calling it something similar to this so that you think it derives the same security. It’d be better if they called it like “stake security.” But the whole concept of it being greener is another kind of attack on proof-of-work.”

“You have office buildings, the construction of office buildings. You have armored cars moving things from location to location. You have a network of ATMs. You have physical bank locations where they’re managing fiat, deposits, withdrawals, whatever. And all of that consumes energy, all that has a carbon footprint. Say, for gold mining. How do you know how much energy is wasted mining gold? How much pollution is generated?”

According to Mow, Bitcoin miners will eventually create their own sources of energy through tapping geothermal and natural gas energy sources.

“You can drill down and get that in Canada pretty cheaply as well. Hydroelectric power is a massive chunk of what’s powering Bitcoin mining because it’s cheap and Bitcoin miners want the cheapest possible power.”

Related Topics:CoinMarketCapEthereumProof-of-StakeSamson Mow
Up Next