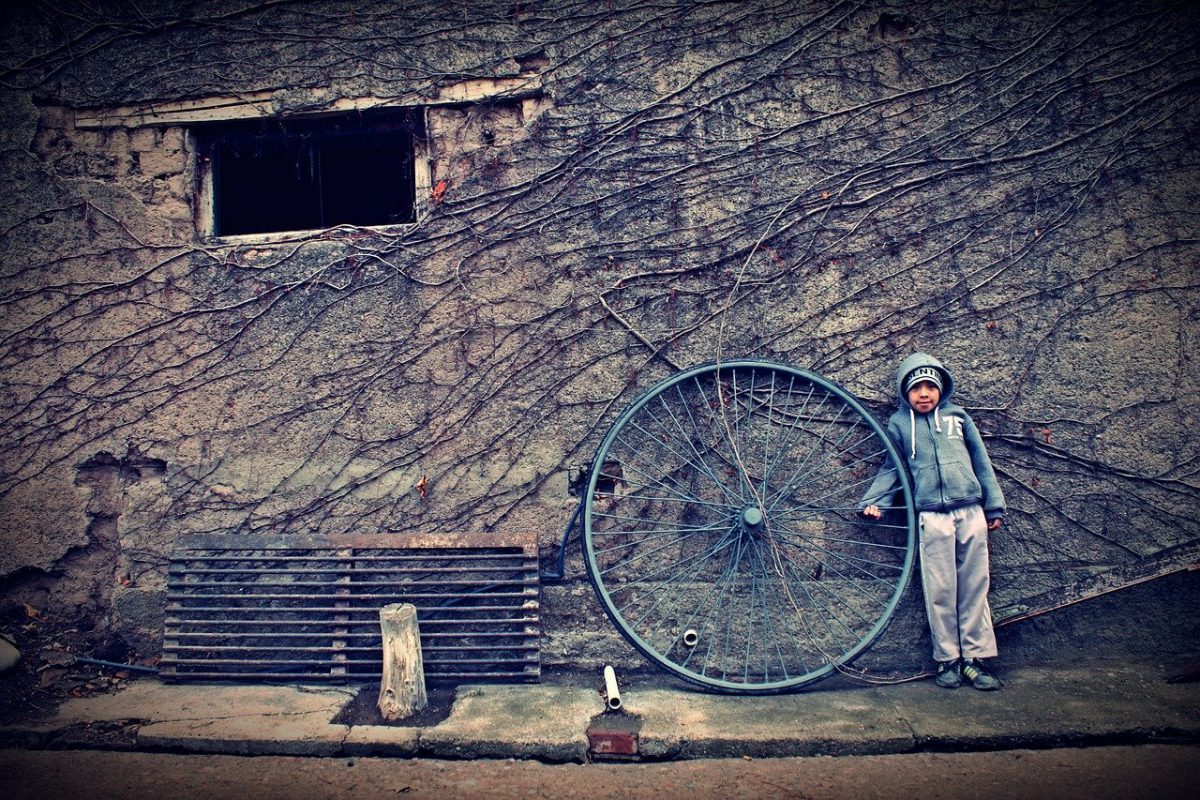 Ethereum showed a bearish divergence and was forced to pull back to $1150 on its attempt to climb past $1300, but further gains can be expected for Ether. Tron saw steady demand from buyers that will likely help in further driving the rally, while Basic Attention Token also looked poised for a break out above $0.27. 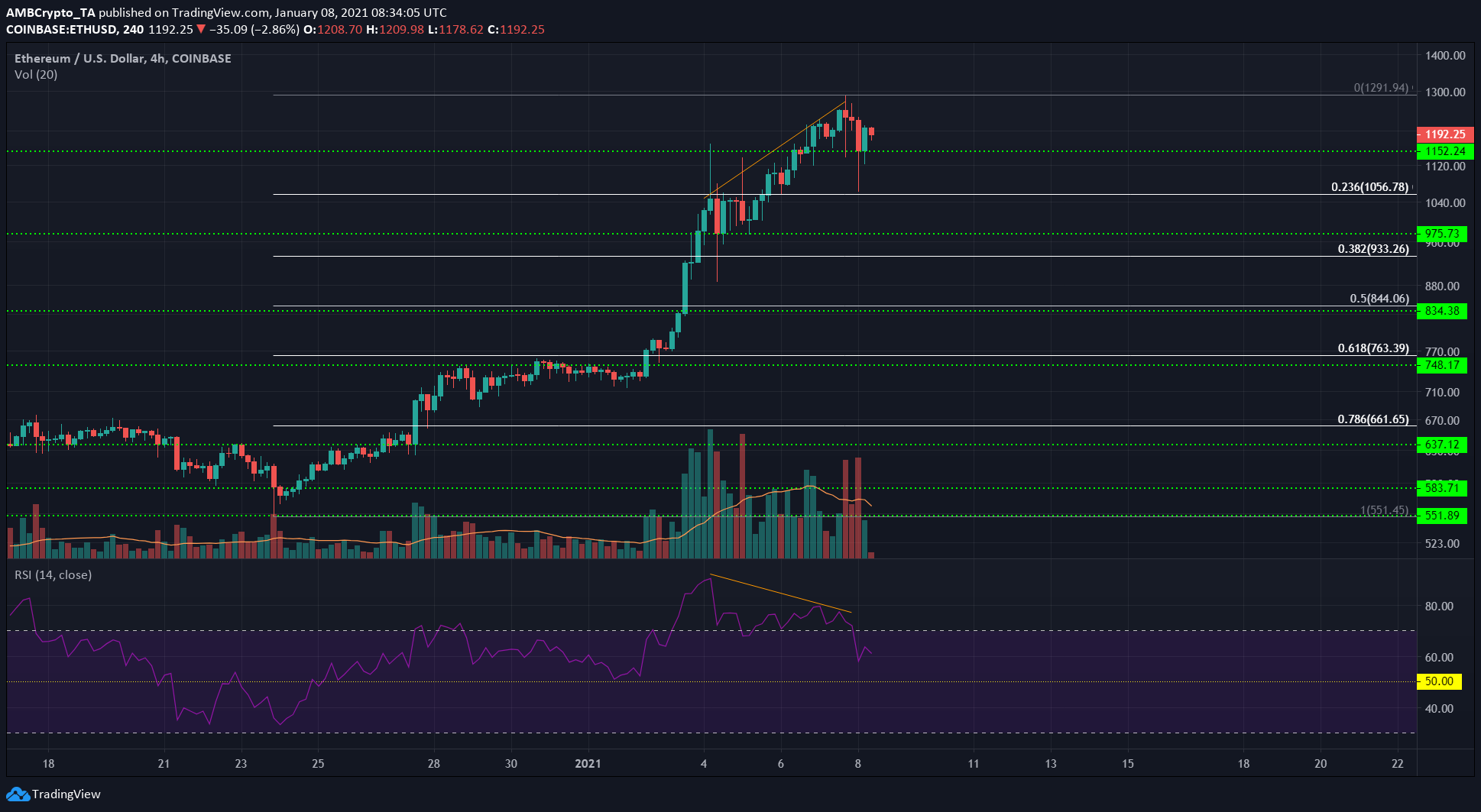 Using the Fibonacci retracement tool for ETH’s move from a swing low at $551 to a swing high at $1291, some important levels of retracement are highlighted.

Since rising past $800, ETH bulls have been in utter control and, apart from a couple of trading sessions whose volatility saw prices swing downward by 10% or more, the ride to $1200 has been relatively smooth. Strong trading volume pointed toward market conviction.

A bearish divergence was spotted between price and momentum that saw the price fall to the $1150 level of support. The short-term dip seems to have been halted and the divergence has played out. 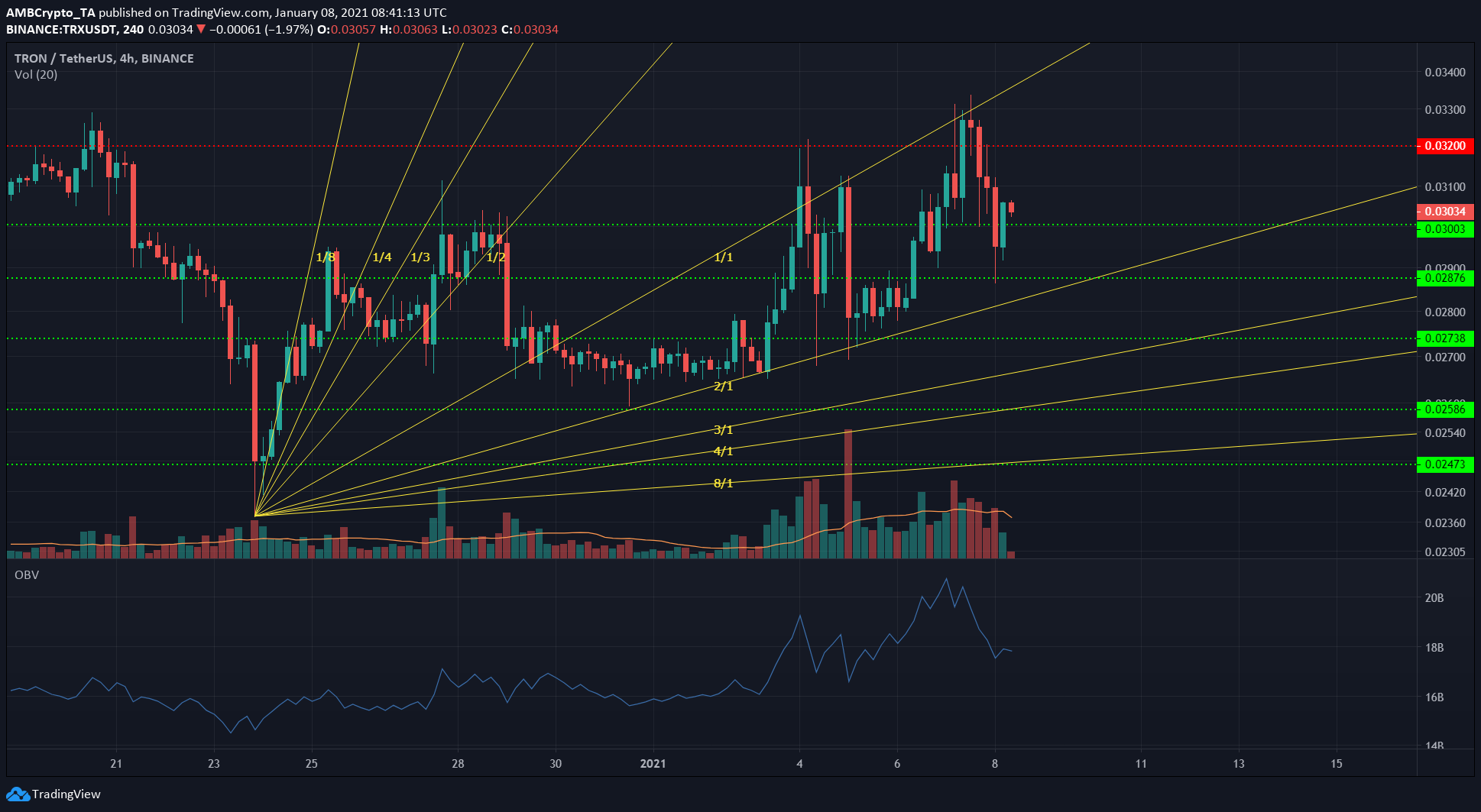 The Gann fan lines from TRX’s swing low at $0.0237 represent potential support and resistance lines. It can be seen that the 1:1 line did indeed act as resistance and caused TRX to retreat as low as $0.028 before moving above $0.03 once more.

The OBV showed that buying volume has been on the side of the bulls as it showed a series of higher lows. This indicated that buying pressure continued to drive the rally.

At the time of writing, the 1:1 resistance test formed a hanging man candlestick pattern and a V-top pattern. If $0.03 is flipped to support over the next few hours, another move past $0.032 is likely for TRX. 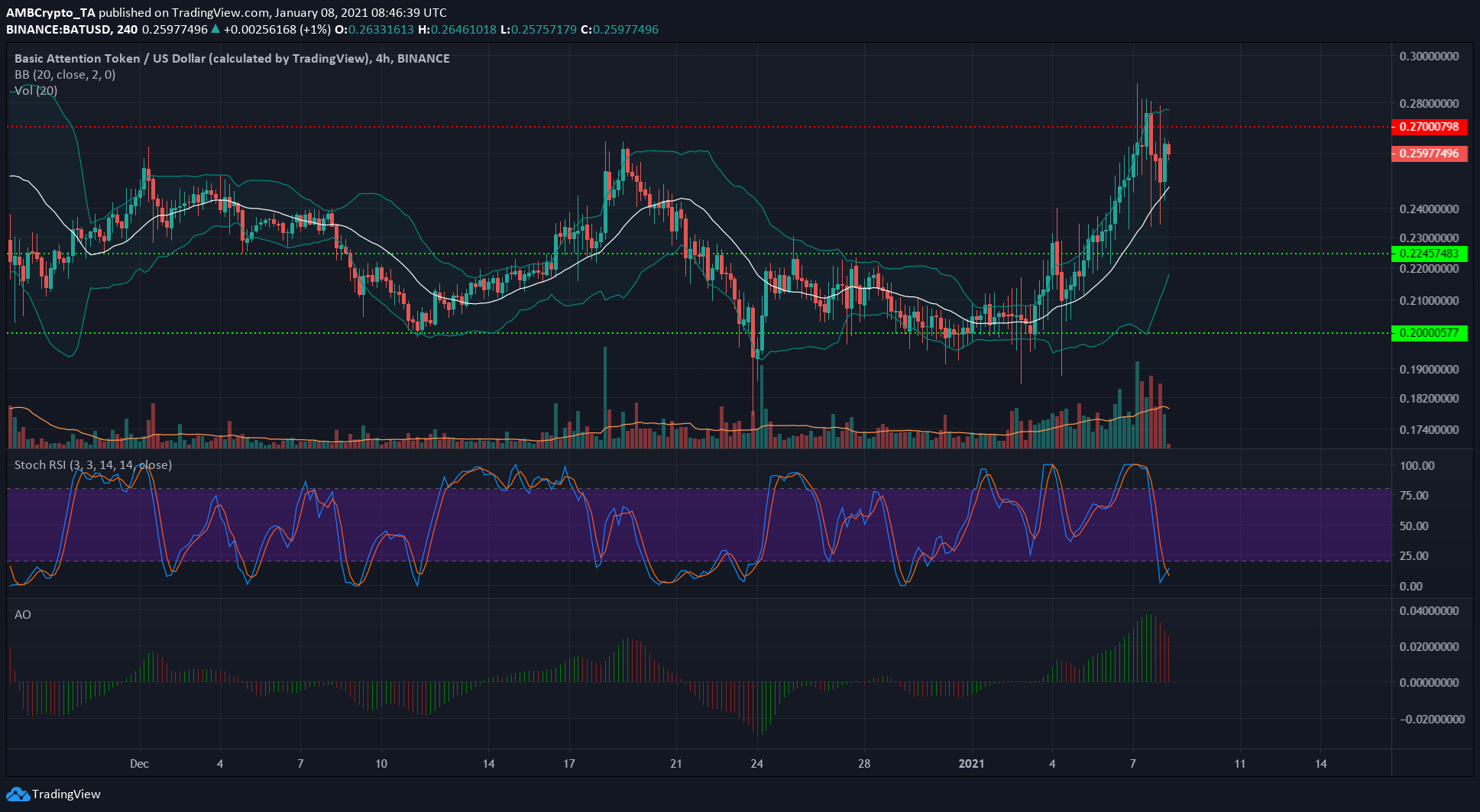 The Bollinger bands were wide open following BAT’s rapid ascend from $0.2 in early December to test resistance at $0.27. The price dipped and closed a trading session at $0.25, forming a higher low and indicating the move to the upside was likely not yet over.

The Awesome Oscillator showed that the bullish momentum was still present behind BAT, while the Stochastic RSI was in the oversold region.

Despite the pullback, BAT prices continued to stay above the 20 SMA, affirming the strong short-term bullishness.

Bitcoin: Why there is scope for greater volatility