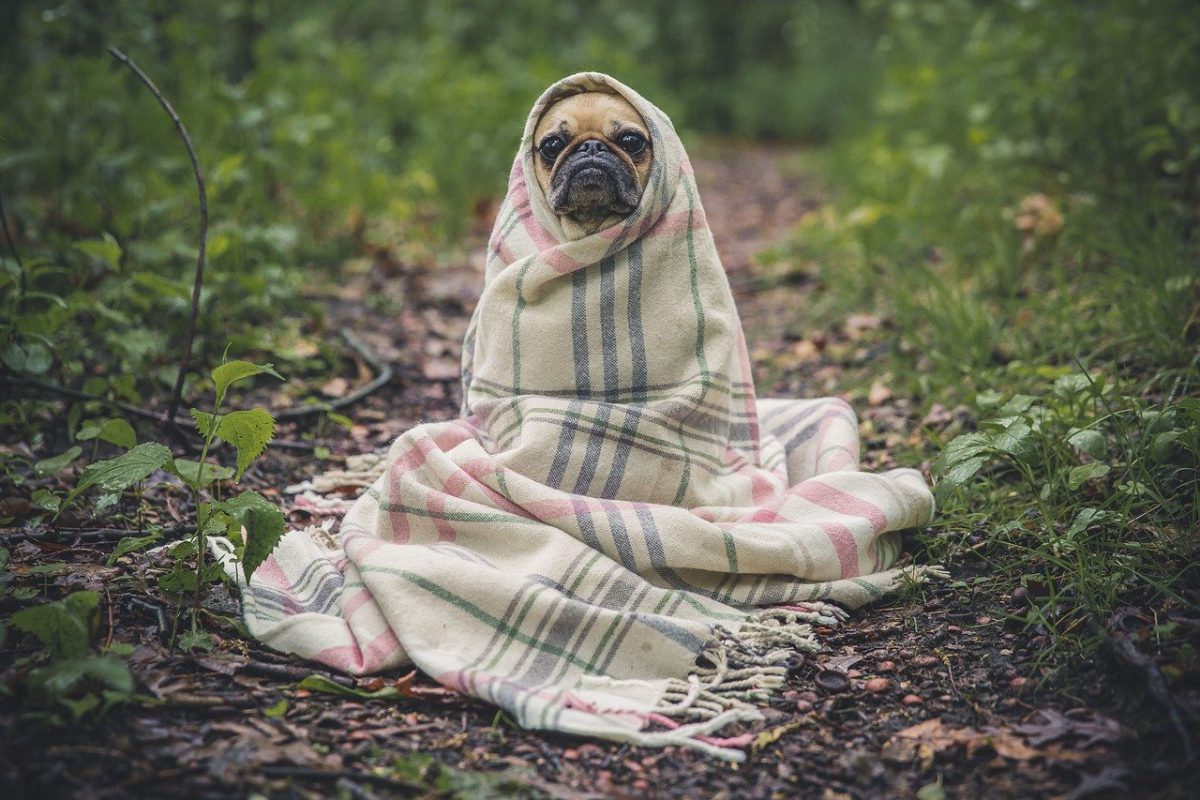 Ethereum broke out past its previous all-time high but faced some selling pressure near $1700. Uniswap continued to climb up the charts but showed a bearish divergence and could be forced towards $17.4-$18 before its next leg up while Elon Musk’s tweets sent Dogecoin soaring. 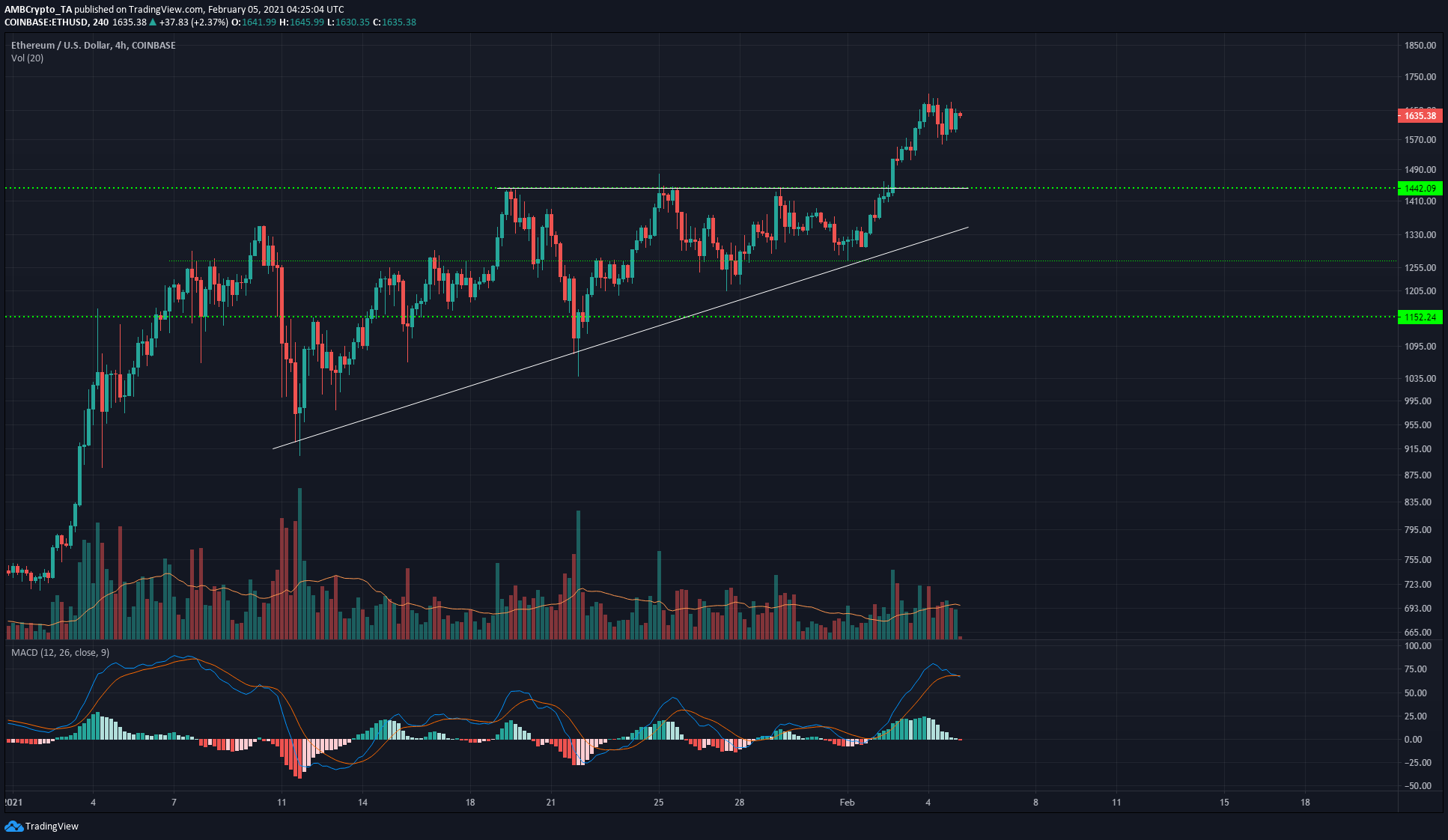 The ascending triangle that ETH formed saw a bullish breakout. The $1700 area saw ETH face some selling pressure and the price was pushed back toward $1600. The MACD formed a bearish crossover to signal some weak bearish pressure.

This could see ETH dip toward the $1550-$1600 region. This is an area that buyers could step in, however, the funding rate was a relatively high value of 0.135% on Binance and higher on Bybit. Margin trading positions were highly overcrowded to the long side, with 96% of ETH/USDT being long over the past 24 hours.

This is not indicative of an imminent drop, but overcrowded trades have a habit of sharp drops to reset before another move up to liquidate highly leveraged positions. 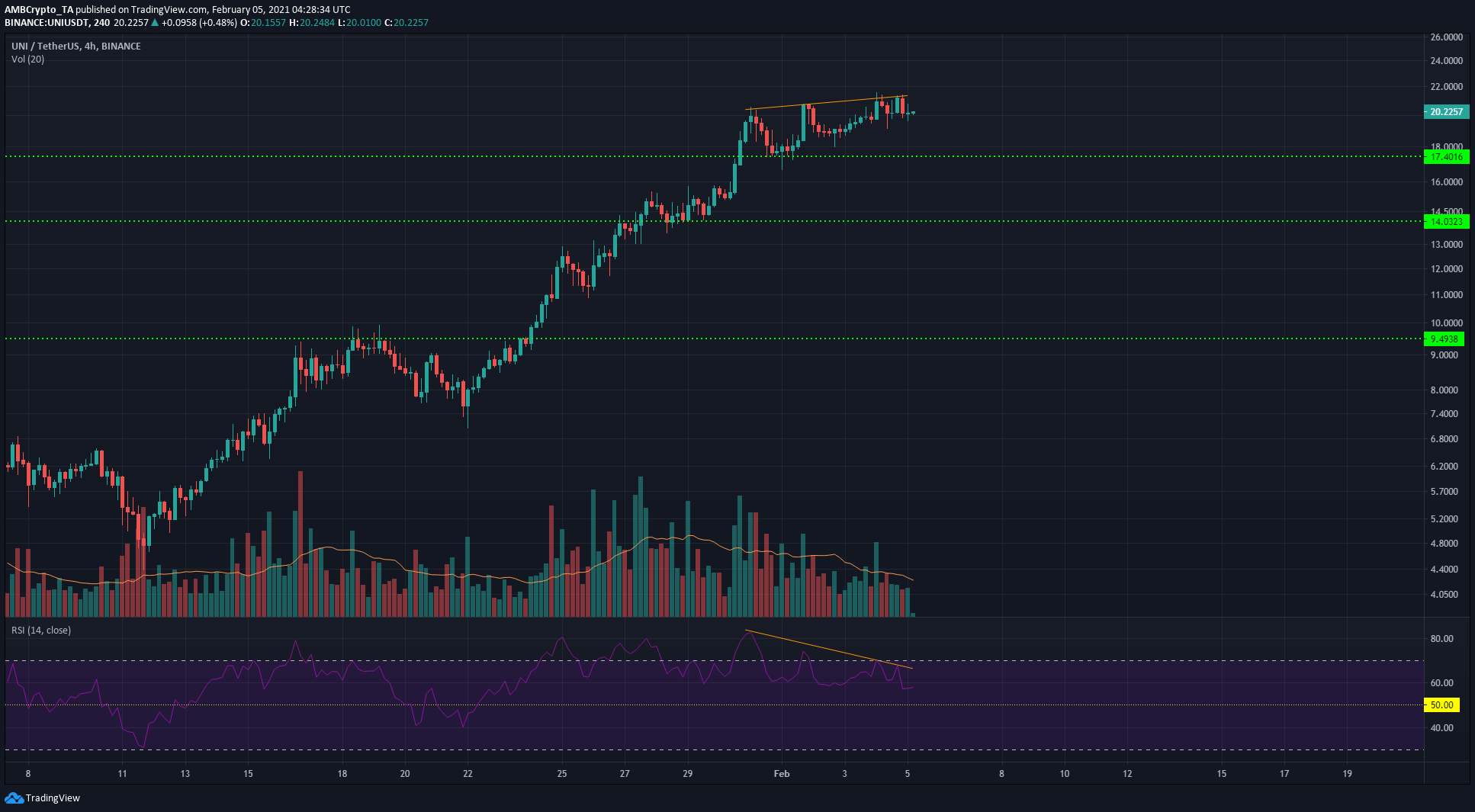 The 4-hour bearish divergence continued to make itself seen as UNI made higher highs while the RSI made lower highs. This divergence points toward a pullback to $18 for UNI, although the timing for this pullback is uncertain.

A pullback might not occur if the RSI and the price begin to spike higher once more. Yet the falling trading volume over the past few days points toward a lack of conviction at the time of writing, and volume needs to pick up to indicate a strong move in the making for UNI. 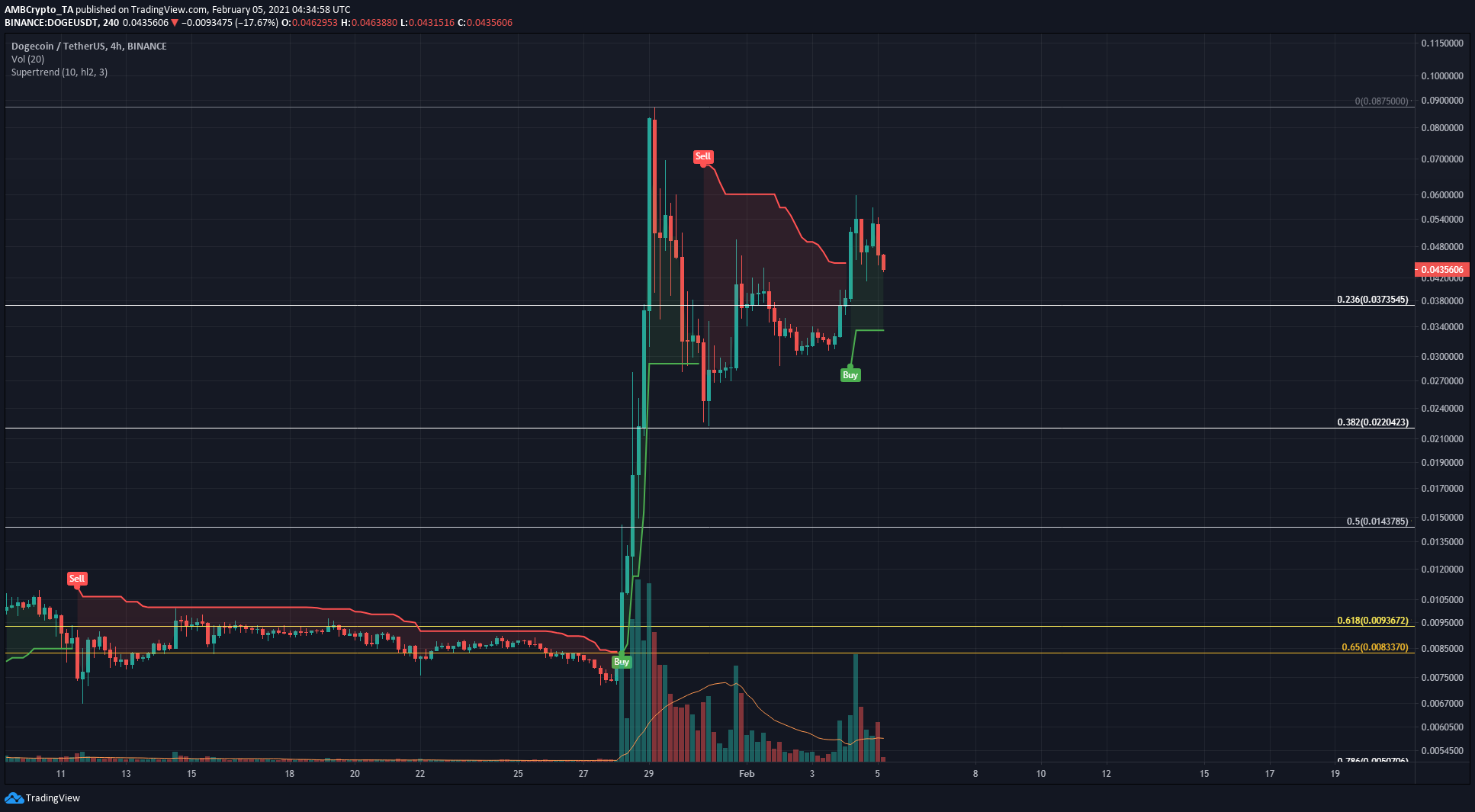 Elon Musk’s claims of “people’s crypto” was one of the multiple tweets he sent over the past 24 hours that sent DOGE soaring 50% before being forced back lower. Mia Khalifa managed to, once again in the span of a few days, call the local top for DOGE as it plunged 20% before an hour of her tweet.

The Supertrend still gave a buy signal, and the Fibonacci retracement level of 23.6% lay at $0.0373. A drop below $0.033 for DOGE would presage a further correction for the coin.