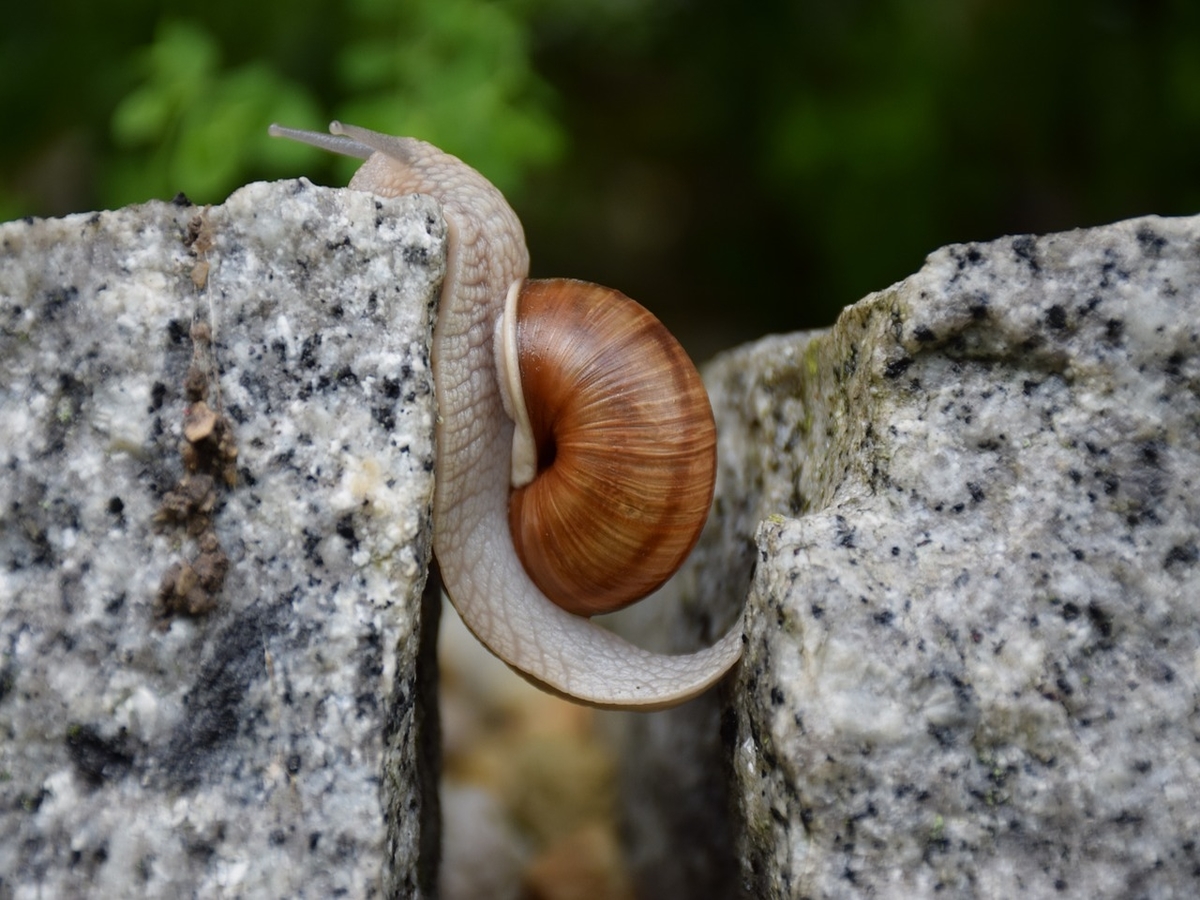 By and large, Return on Investment (RoI) this week, for most alts, has been negative. Nonetheless, at press time, the market’s king coin started showing some signs of recovery and so did the other alts. Solana’s price chart depicted something similar. Despite registering a 14% weekly dip, the alt pumped by 0.95% in the past 24-hours and was trading at $32. If this trend persists for the next few days, can SOL inch towards a new ATH?

Well, the aforementioned question has a two-fold answer and a host of factors need to be considered before coming to a conclusion. To begin with, people from the community have increasingly been exposing themselves to Solana’s social media handles. CoinGecko’s chart indicated that the number of Reddit subscribers of Solana has drastically risen since the beginning of the year. In fact, at press time, the same stood at its 27,185 ATH. 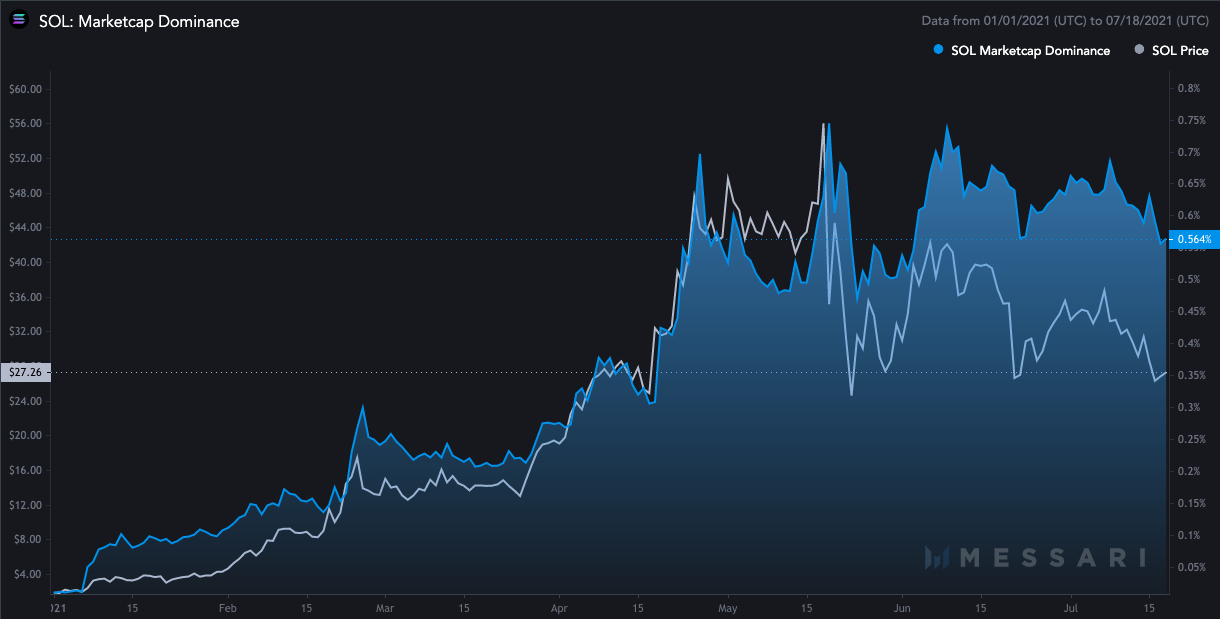 Interestingly, when SOL’s price began its downtrend in May, its market cap dominance hardly got affected by it. In fact, at the time of writing, the same stood at an impressive 0.564%. For context, the alt’s dominance on the 1st of January this year was merely 0.01%.

The alt, at this stage, would have to overcome a handful of hurdles in its path to continue its uptrend.

To begin with, dropping volumes have been a cause of concern for Solana since the last week of June. As depicted in the chart attached, the value of the volume, at press time, ($65.95 million) was pretty low when compared to its local 20 May high ($2.06 billion). Only when volumes rise, SOL’s price would get the actual kickstart it requires. 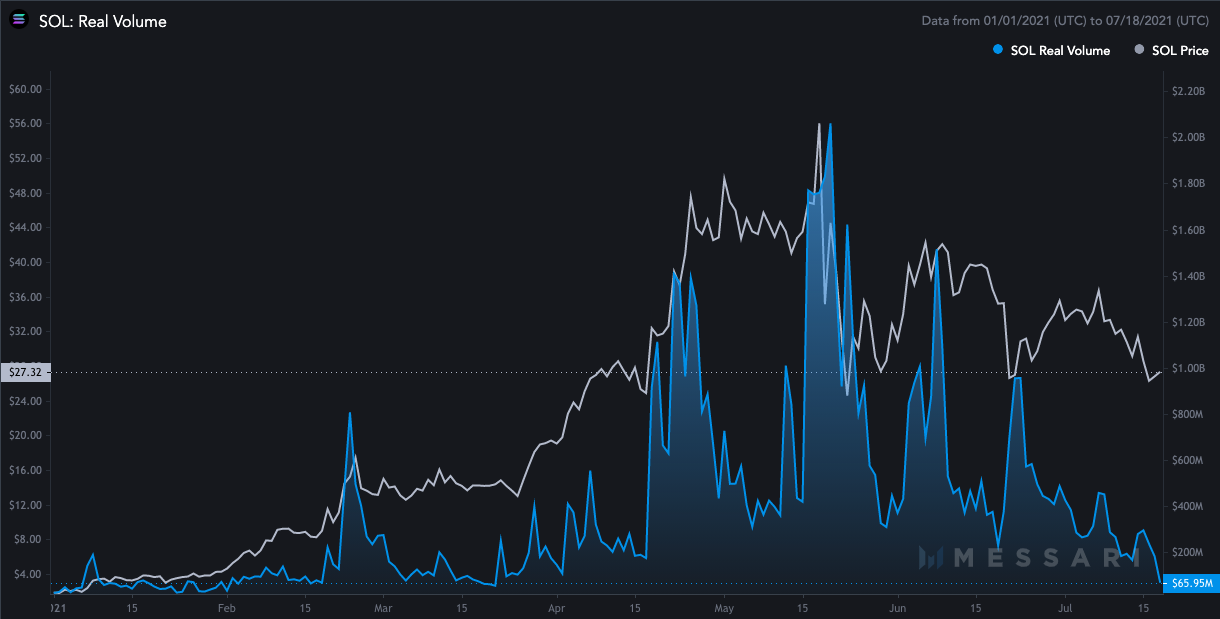 The alt’s volatility too, for that matter, has been a hindrance since mid-June. The same has been inclined more towards the downside. At the time of writing, SOL’s volatility stood at 1.35, while the same reflected a value of 2.6 on the 16th of June.

Now, even though the subscribers on social media platforms have seen an uptick, the alt’s social dominance and social volume have not seen any rise. The not-so-high social sentiment does present a bearish narrative for SOL’s price. The same was evidenced by Santiment’s chart.

However, Solana’s weekly development activity on GitHub has been pretty impressive. In fact, it has given Ethereum a neck-to-neck competition.

As a matter of fact, Solana can be scaled without depending on L2 and sharding. This makes the alt a great option for investors to park their funds in. Additionally, the one-year RoI of Solana has been a whopping 2718.32% while ETH has only been able to fetch 730% returns in the same time frame. At this stage, Solana definitely presents itself as a compelling alternative to invest in when compared to the market’s largest altcoin.

This Ethereum veteran: I don’t feel necessarily safe in this space