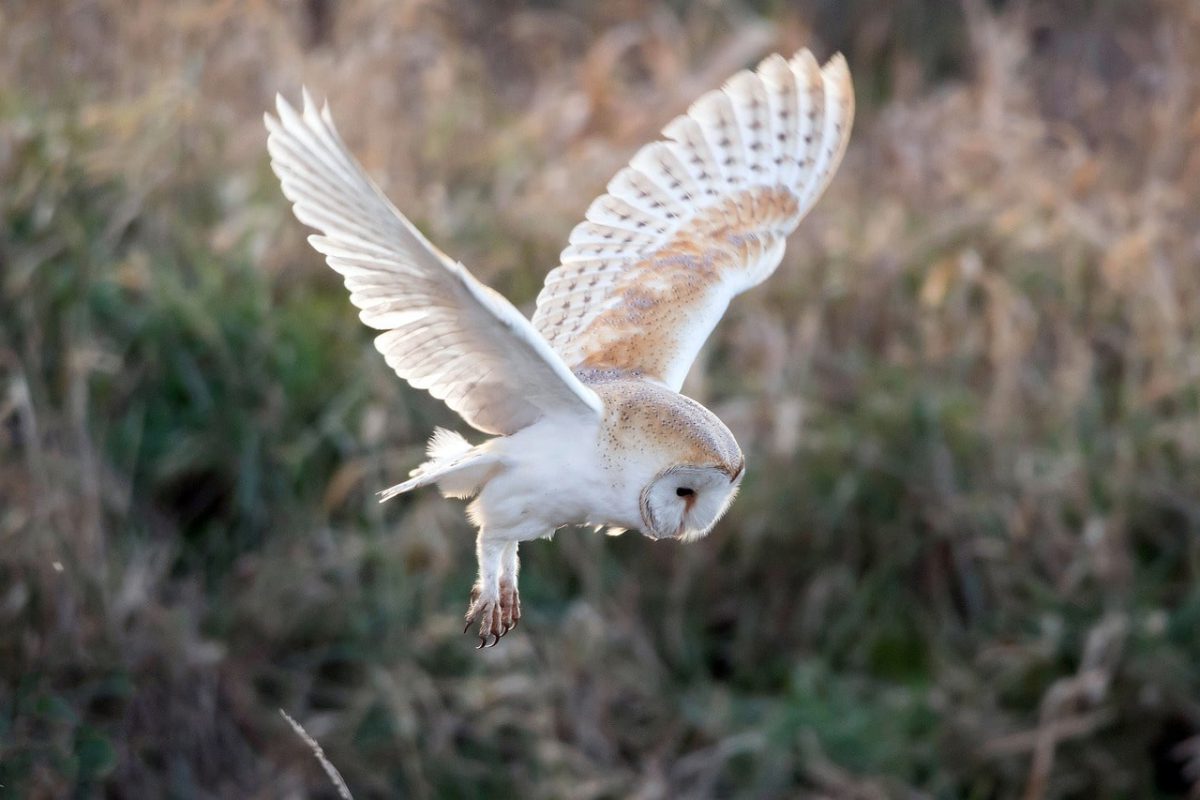 Ethereum showed a bearish divergence and dropped below $2100 but found good demand. VeChain could continue to climb higher after a pullback to $0.121-$0.13, and Synthetix tested $20 as resistance and was moving toward $17.95. 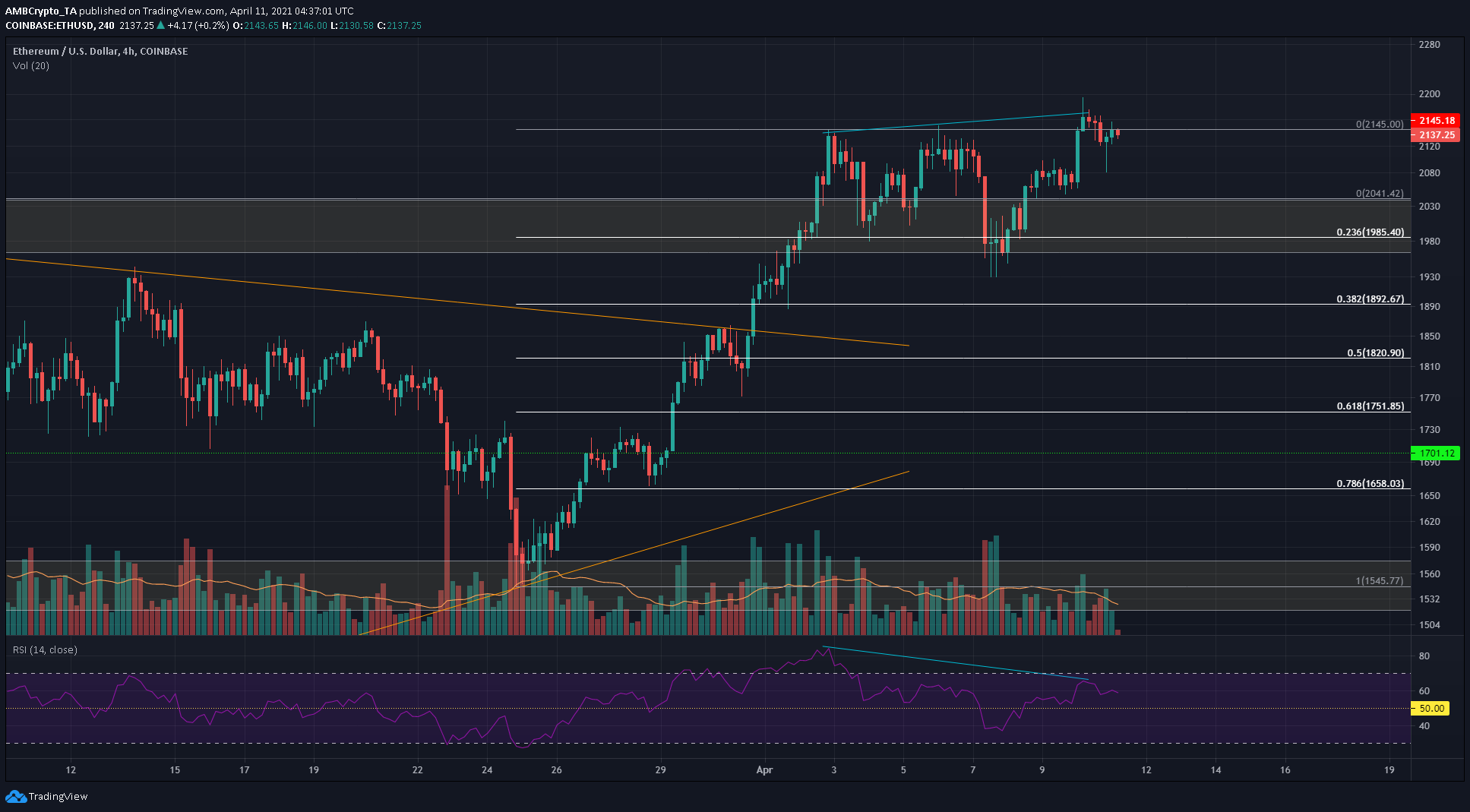 ETH was trading above the area of demand at $2040 and faced resistance at the $2150 mark. It showed a bearish divergence between price and momentum as ETH rose to $2150 and was forced to go lower to $2120.

A candle with a long lower wick was seen in recent hours, pointing toward a significant amount of buyers beneath the $2100 mark.

The RSI was at 60, bordering on strong bullish momentum. It has climbed back above the neutral 50 value in the past few days, and an uptrend would be established seeking $2370 if $2150 is flipped to support. 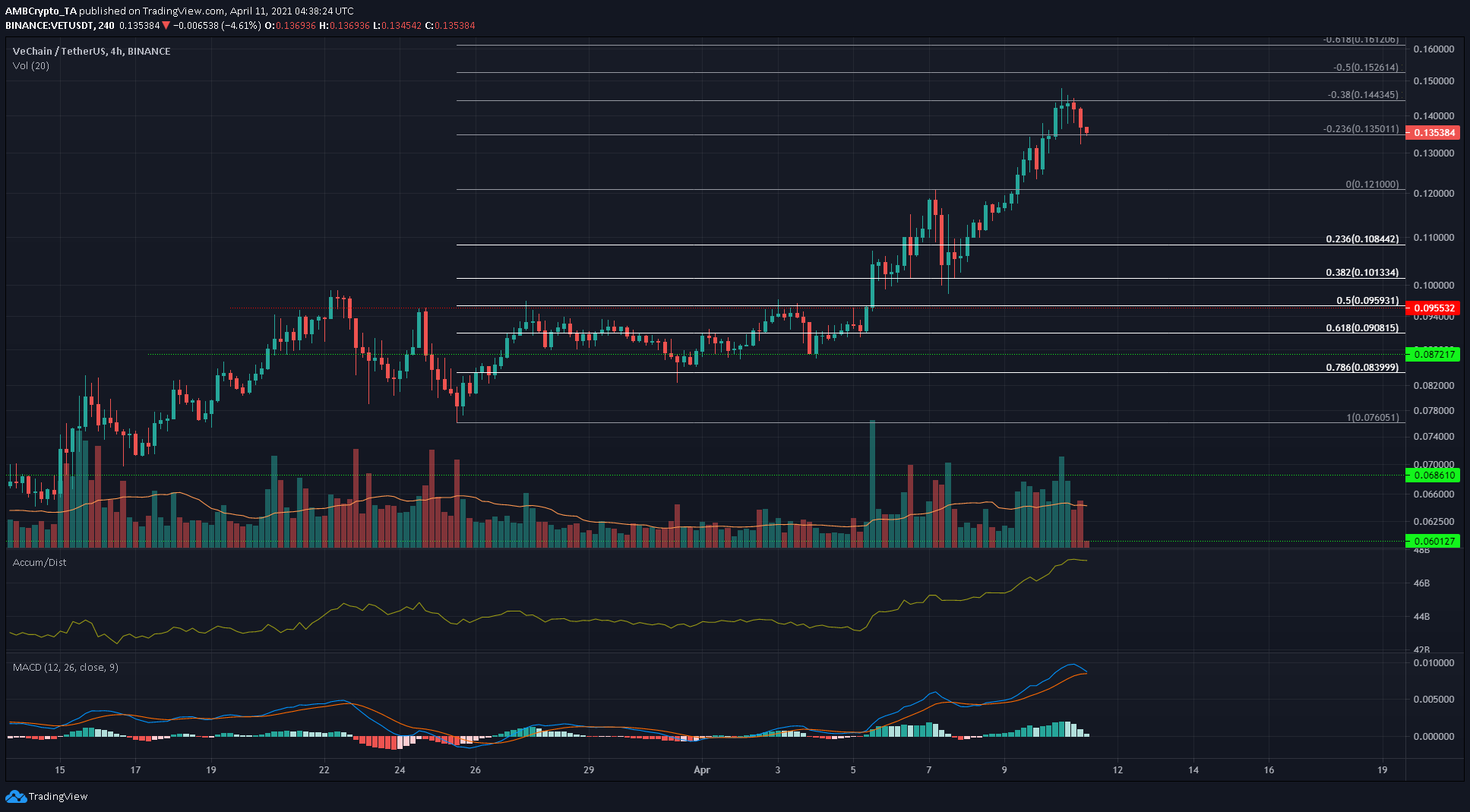 VeChain faced some resistance at the 38.2% extension level at $0.144 and was in the process of seeing a pullback. This could go as deep as $0.13 and $0.124 before climbing back higher once again. The A/D line was in a steady uptrend to show that demand from buyers outweighed selling, and the MACD also showed strong bullish momentum.

Trading volume has also been significant on the rally of the past week, highlighting market conviction since the breakout past $0.095. 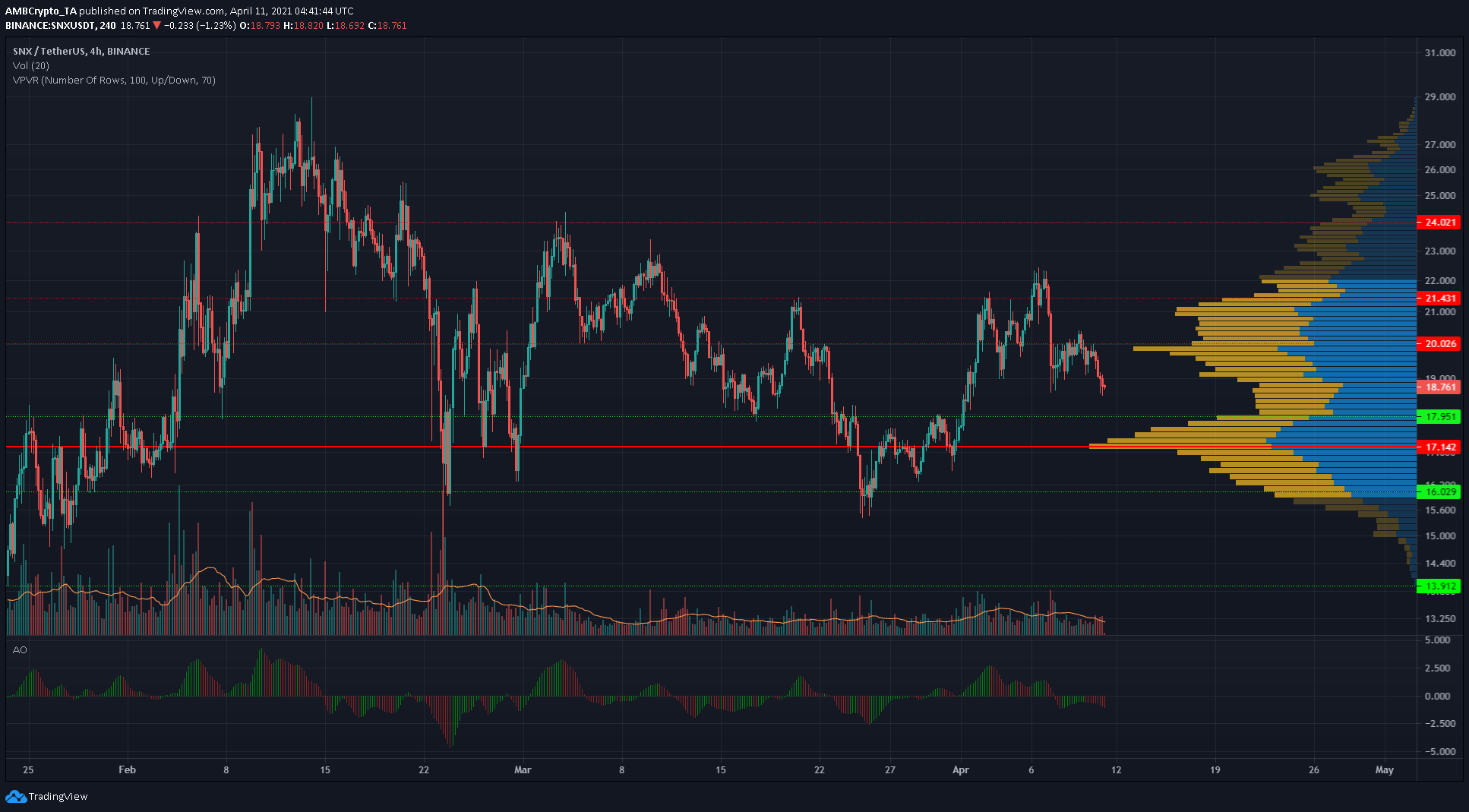 Using the Volume Profile Visible Range, trading activity from the past was used to highlight areas of major support and resistance. The VPVR showed the Point of Control (red) at $17.14 and highlighted some major resistance at the $20 mark.

There is also a level of support at $17.95 that buyers are likely to step in at. The Awesome Oscillator was moving beneath the zero line and posted red bars since the rejection at resistance, showing bearish pressure.