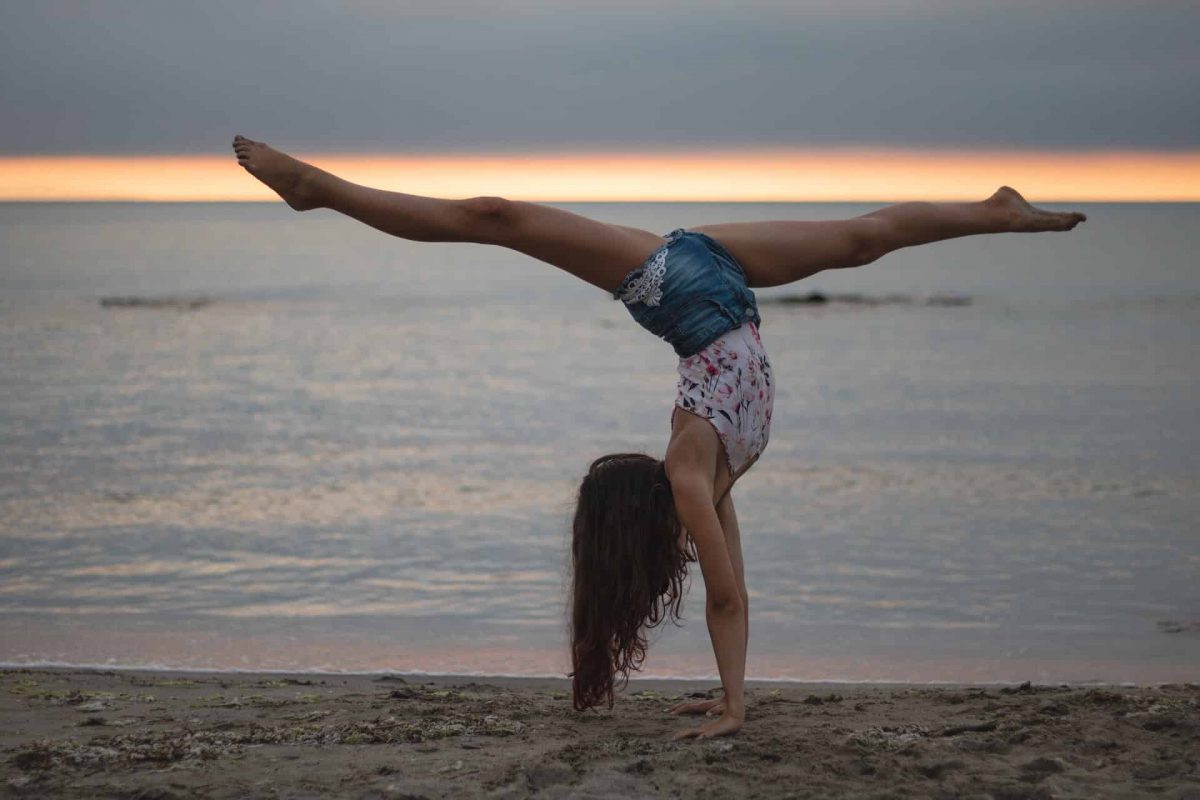 Ethereum [ETH] witnessed a drop just as it headed into the weekend. It lost the $1,300 psychological level after Bitcoin [BTC] struggled to trade above $17K. At press time, ETH was trading at $1270.69 and could continue on a downtrend throughout the weekend based on the technical analysis indicators. 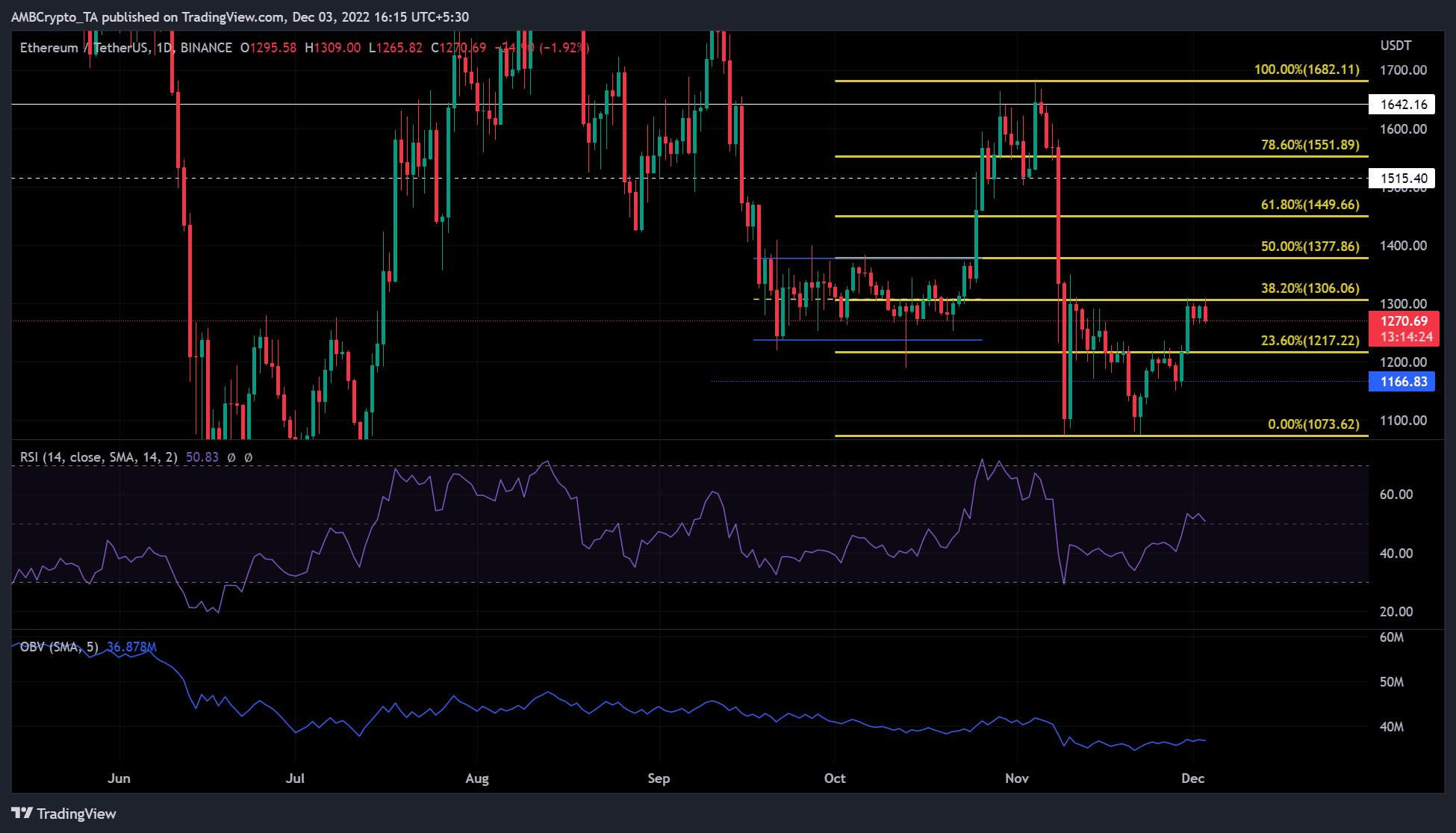 ETH has been operating within the $1,239 – $1,378 range during September and October. An upside breakout from the range led ETH to pump by over 20%, reaching a high of $1,682.11 in early November. But the market crash forced a downtrend that led to massive price correction the last time ETH attempted a rally.

At press time, ETH faced significant resistance at the 38.2% Fib level, which also doubled as a bearish order block. Technical indicators suggested that ETH could drop further. The Relative Strength Index (RSI) moved sideways and rested on the 50-neutral level with a drop in mind. This showed that buyers’ exhaustion could give sellers more leverage.

Additionally, the On-Balance Volume (OBV) also moved sideways after forming a gentle slope upwards. It showed a lack of significant trading volumes to back buying pressure. Thus, buying pressure could be undermined. Therefore, ETH could head down and settle on new support levels at $1,217.22 and $1,166.83.

However, an intraday close above $1306.06 will invalidate the above bearish bias. In such a case, ETH could set sail northwards despite numerous obstacles toward the 100% and 78.6% Fib pocket levels.

Despite the recent bearish sentiment, ETH posted gains to its short and long-term holders. For example, the 30-day Market Value to Realized Value (MVRV) was positive from 29 November. This showed that short-term ETH holders made profits since the end of  November.

Unfortunately, ETH saw a negative sentiment at the time of publication that could delay further uptrend momentum. Thus, selling pressure may build over the weekend and early next week if BTC’s sentiment remains bearish.

However, if BTC regains $17K and maintains upward momentum, ETH’s market structure will have a clear bullish direction. Therefore, ETH investors should be cautious and preferably make a move if the market direction is much clearer.

Despite growth, AAVE could still face these growth hurdles in Q4 2022

Cardano: Assessing the state of ADA after its November plunge