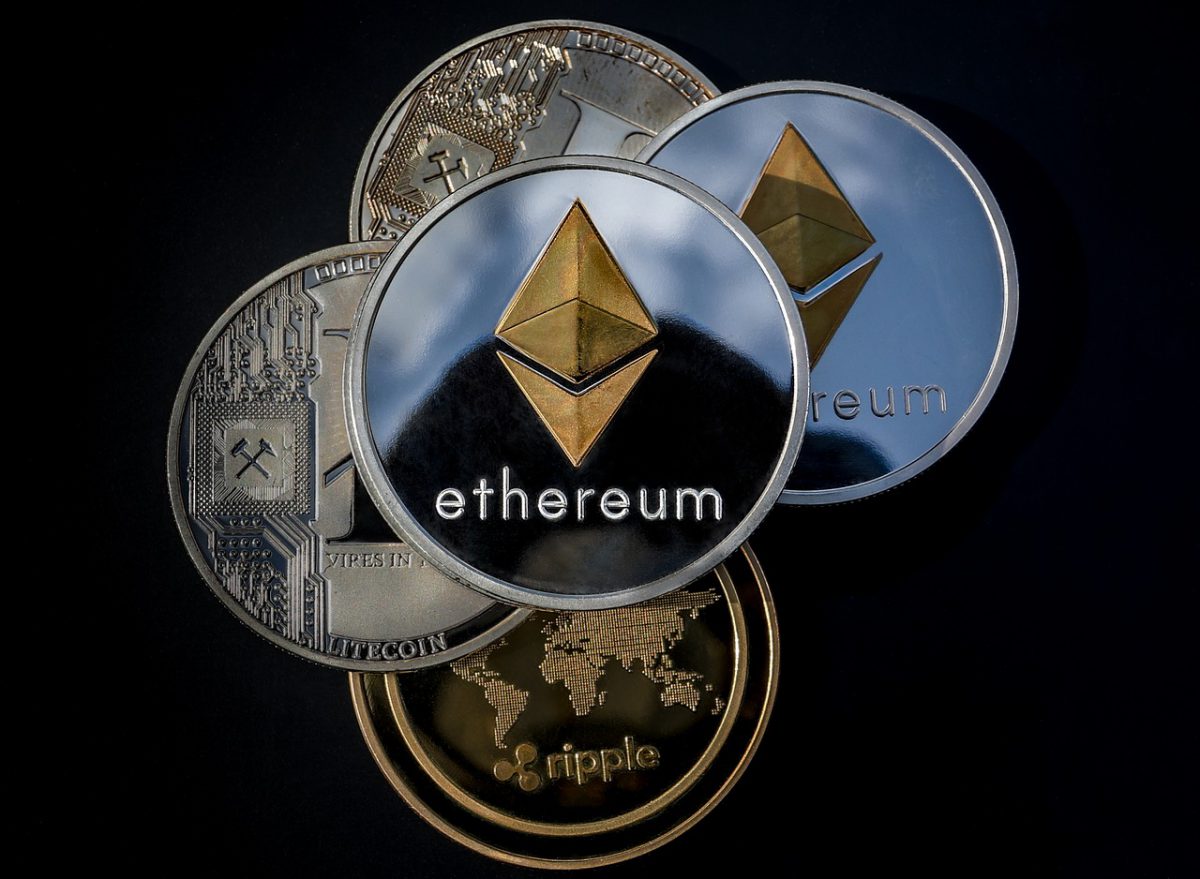 The bulls are here and Bitcoin’s price is once again raging. The market’s top cryptocurrency successfully marked a new all-time high at $23,777 a few days ago. In fact, despite corrections, BTC’s value was continuing to hold above $22k with a press time price of $22,863 and a market cap of $425.68 billion. So, what is driving Bitcoin’s massive growth?

According to Token Metrics’ Chief Technical Analyst Bill Noble, the digital asset’s drivers have been institutions. Nobel appeared in an interview with Nasdaq’s Jill Malandrino where he stated,

“Bitcoin is being driven by a classic case of Institutional ‘Monkey see, monkey do.'”

The market has noted multiple institutions showing great interest in Bitcoin lately. After Square Inc., other institutions like MicroStrategy inc. have all invested in Bitcoin, with their holdings increasing over time too. Here’s the list from Bitcoin Treasuries that outlines the holdings of various companies in Bitcoin, 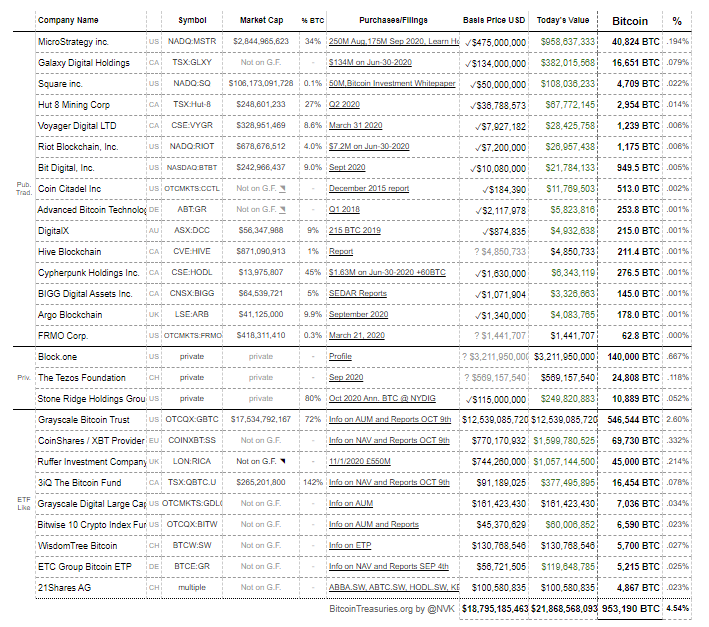 As seen in the attached chart, the companies together hold 953,190 BTC and MicroStrategy has been leading with respect to holding more Bitcoins than others. The company has been increasing its share with every opportunity it gets. Recently, it was reported that MicroStrategy completed the sale of $650 million in convertible bonds to private investors. The company revealed the use of net proceeds, about $635 million, to buy Bitcoin. In fact, the company already held over 40k BTCs and with the current amount, it can buy almost another 34,500 BTC.

With one institution earning, others were bound to participate more actively and get their hands on as much BTC as possible. On the contrary, the second-largest cryptocurrency, Ethereum, has been regarded by many as the one with potential. The digital asset has not only surged in value but it has a decentralized finance ecosystem being developed around it. The DeFi boom has contributed to its growth and now that it has acted somewhat as a hedge in the consolidating market, it has the potential to “legitimize cryptocurrency.”

“Ethereum is the backbone of an interest rate mechanism that is going to legitimize cryptocurrency and create a new image for Bitcoin not just as a currency, but as a collateral.”

While institutions rush to Bitcoin, Ethereum might be building something really strong and innovative. While the DeFi craze may have come to a halt with Bitcoin surging, when the pump fades, the DeFi ecosystem might be able to gain even the investors’ eye this time.