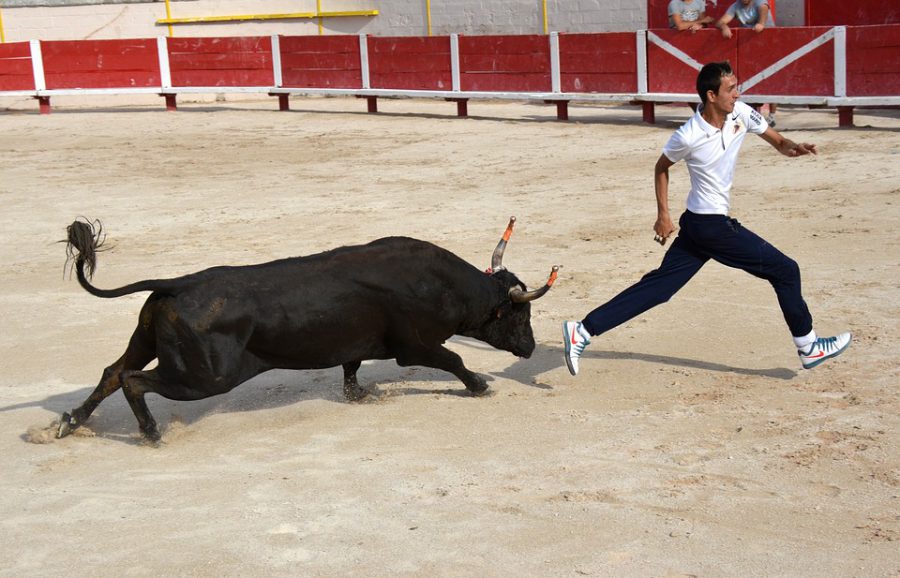 The boost in the cryptocurrency market on October 26, took the price of Ethereum [ETH] almost 23%. This rise took the price of the coin from $161.99 to $198.97, however, the ETH market corrected itself immediately, as it fell by 12% in the following hours. The second-largest coin noted a crest and trough movement after that and was valued at $183.01, with a market cap of $19.99 billion. The 24-hour trading volume of the coin was reported at $9.81 billion, as it plunged by 1.25% within a day. 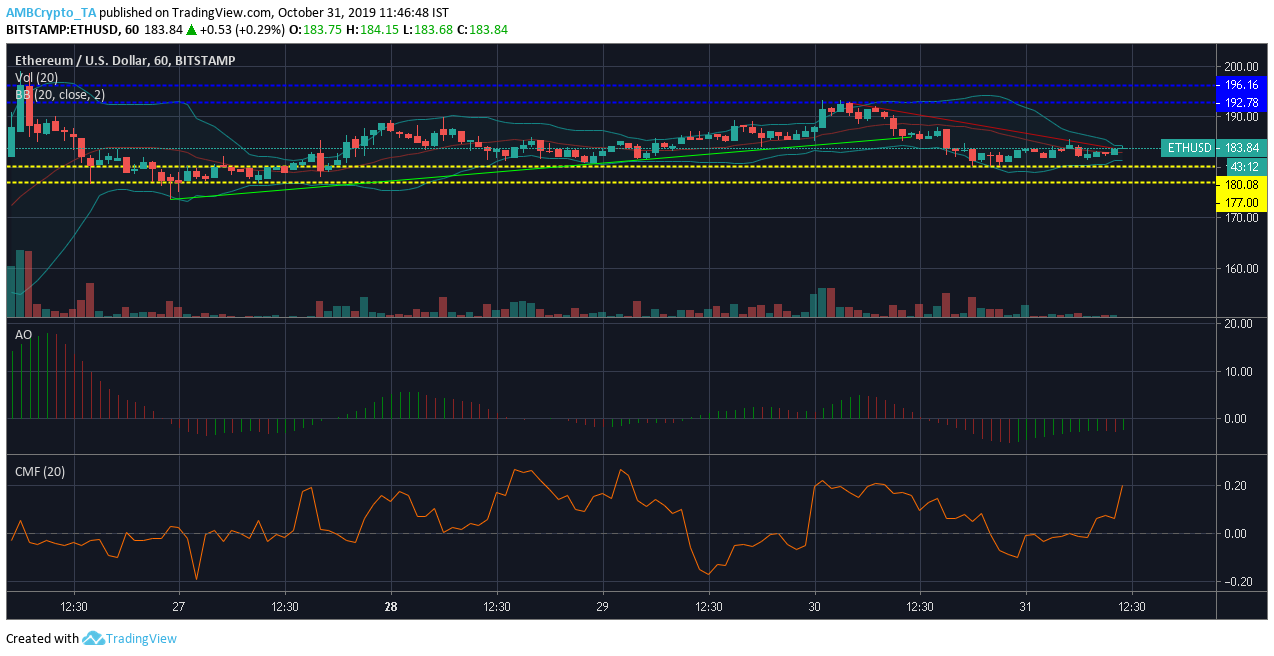 Bollinger Bands indicated a bullish as the bands converged, indicating low volatility and the moving average laid under the candlesticks.

Awesome Oscillator reflected a growing bullish momentum in the market. 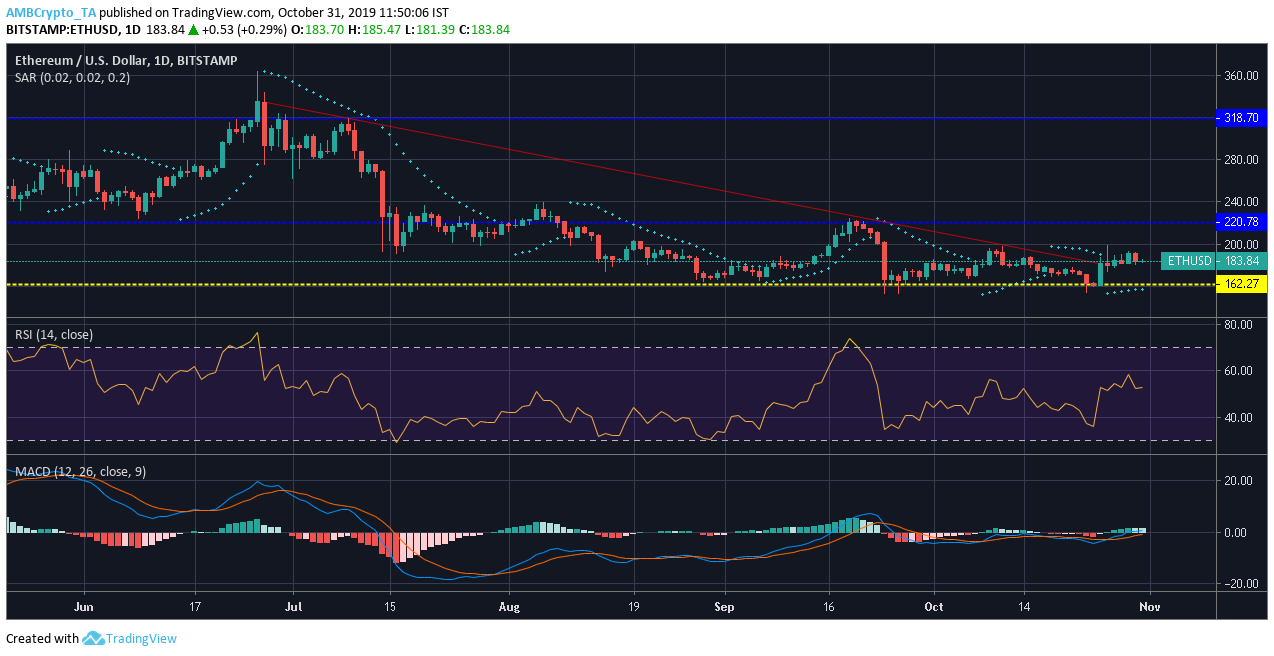 Parabolic SAR noted a bullish reign as the markers aligned below the candlesticks.

Relative Strength Index indicated that the buying and selling pressures had reached equilibrium.

MACD line was above the signal line, declaring the bull’s market.

Ethereum might have suffered under the bear’s pressure, however, according to the hourly and daily charts, bulls had made their way into the ETH market.

XRP is 1/10th as volatile as fiat for cross-border transactions: Ripple

Bitcoin looks stable in the short-term, bearish in the long