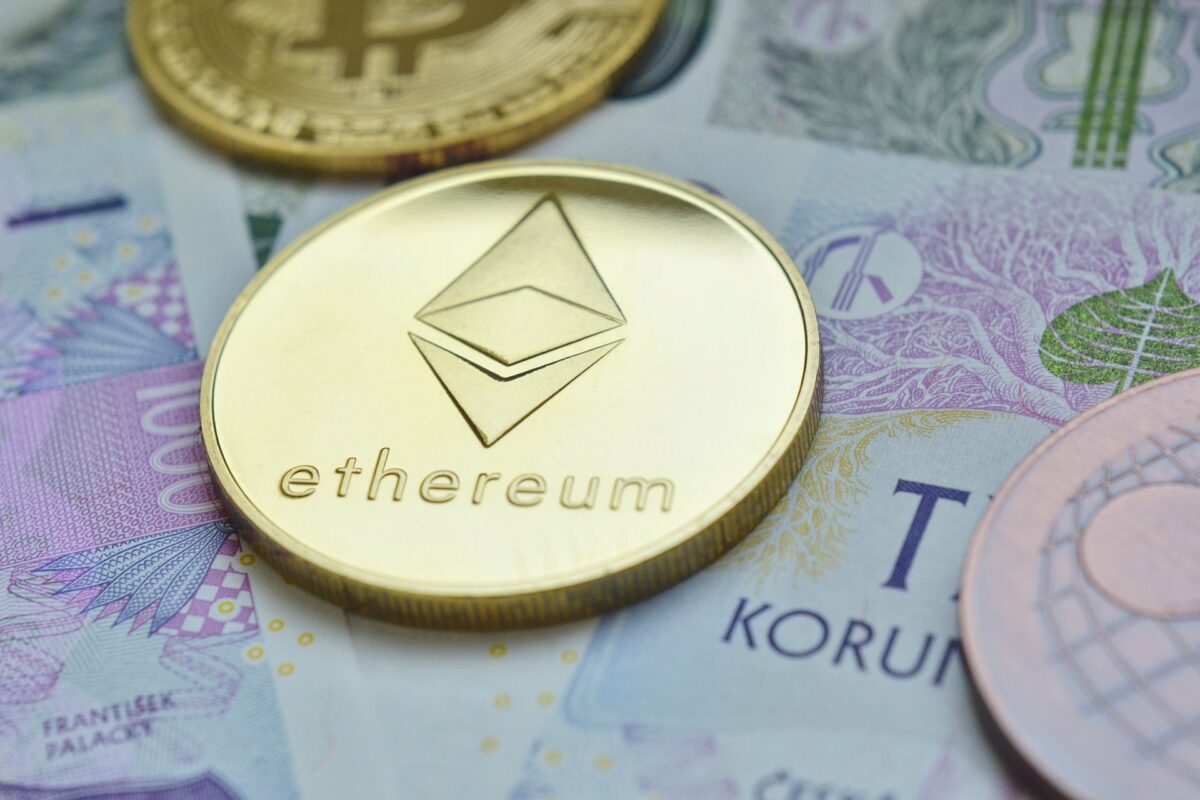 The crypto market has had quite a rough ride of late. The king altcoin Ethereum in the last 24 hours tanked by 3.54%. It followed BTC’s movement closely as ETH’s correlation to the king coin stood at 0.91.

The last 24 hours have been crucial for Ethereum as the bears gained momentum. On 20 May, the volume of the Ethereum network also fell drastically over the last day by a massive 19.5%. Undoubtedly, these are worrying signals for the Ethereum ecosystem and the crypto community at large.

What about the charts?

With the fall in prices and increasing fear in the financial markets, transaction volume took a big hit across Ethereum.

The median transaction volume dropped to a 16-month low of $107.7 as Glassnode reported. This was discouraging for the ecosystem as it someway signaled that whale activity has stagnated.

And, of course, whale activity is often seen as an important indicator of the overall sentiment of a crypto asset. The previous such low was observed on 20 May. 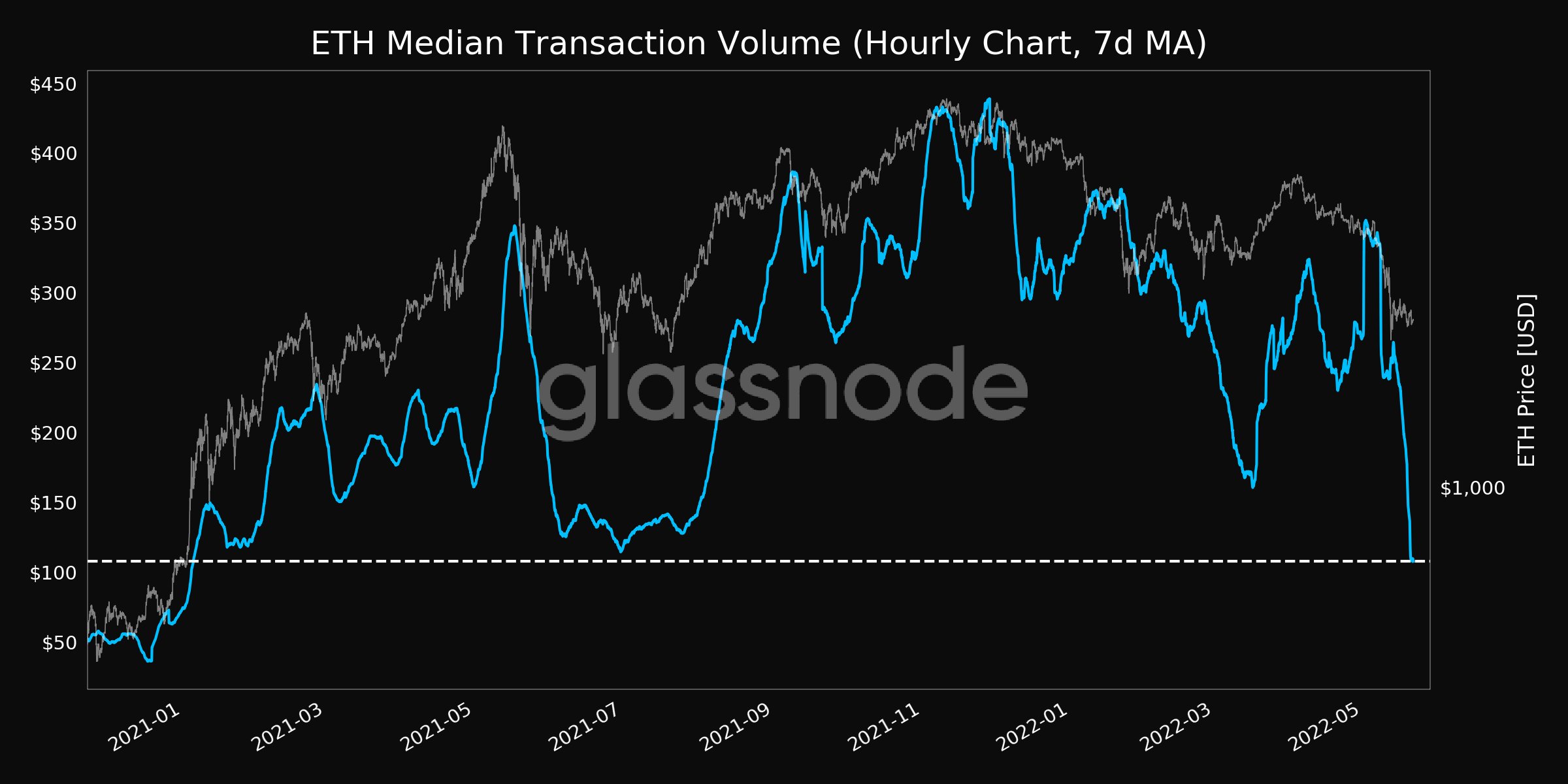 Another worrying metric suggested a bearish trend across many Ethereum-based addresses. The number of addresses in loss on Ethereum reached a 2-year high at 33.4 million on 21 May.

With many addresses in loss, it wouldn’t be unsurprising to see investors exit their positions. 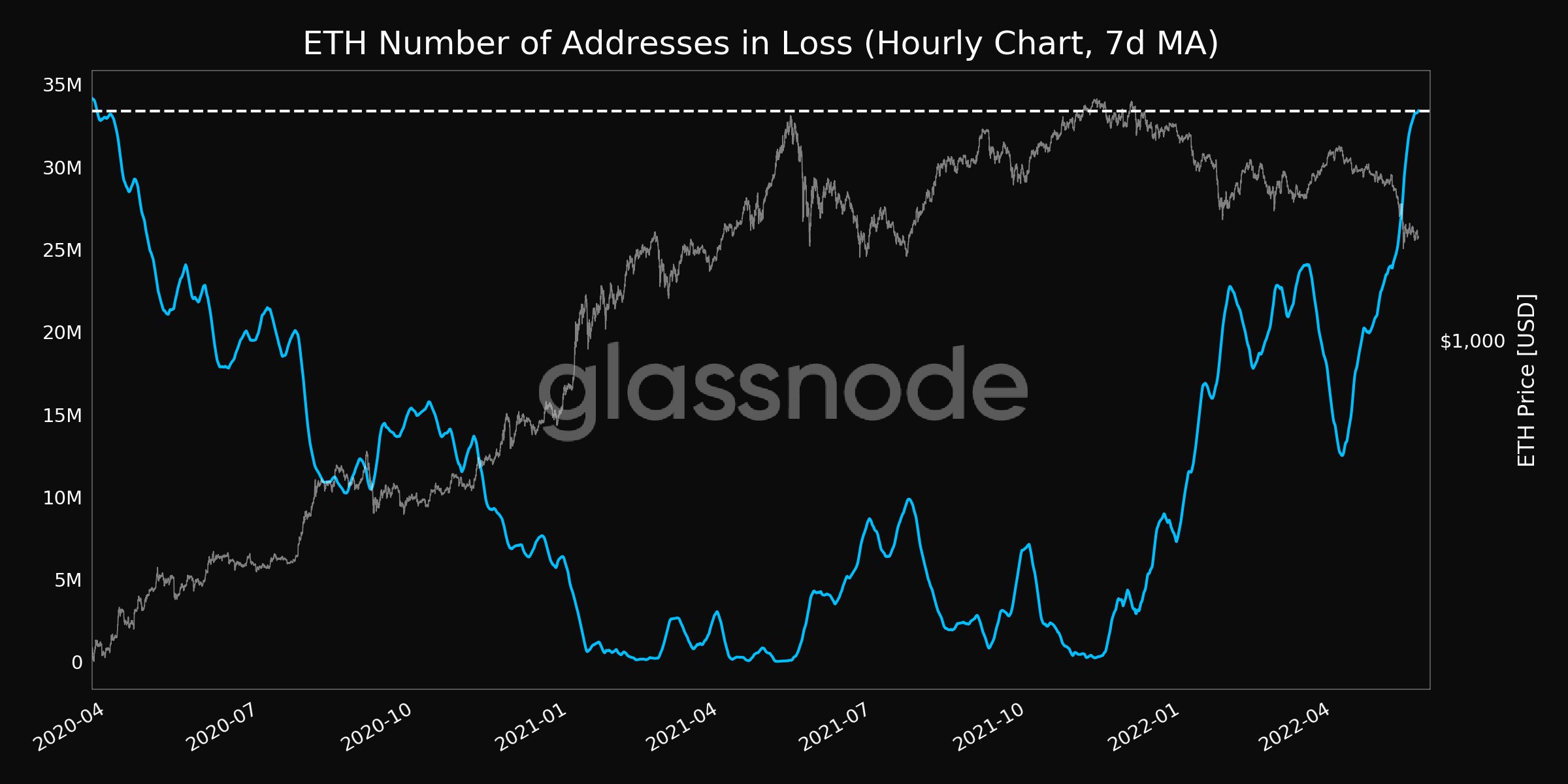 While Ethereum has been dominating the social media talks because of the upcoming ‘Merge’, Vitalik Buterin has also taken the centre stage. Recently, in one of his Tweets, he commented, “I’m not a billionaire anymore.” This comes as a shocking reality check for the Ethereum community because of Buterin’s digital wallet holdings.

As recent as November 2021, his digital wallet contained holdings worth about $1.5 billion. Since then, the price of the Ether token that’s associated with the blockchain has fallen by 55%, as Bloomberg reported. In November 2021, Ether was worth around $4800 which has since collapsed below $2000. The sell-off during this time frame can be blamed on the macro headwinds along with regulatory standoffs.

Even so, in order to be victorious, the Ethereum community will need to HODL out through the current bearish period with recession warnings screening on all fronts.

Related Topics:ETHEthereumVitalik Buterin
Up Next