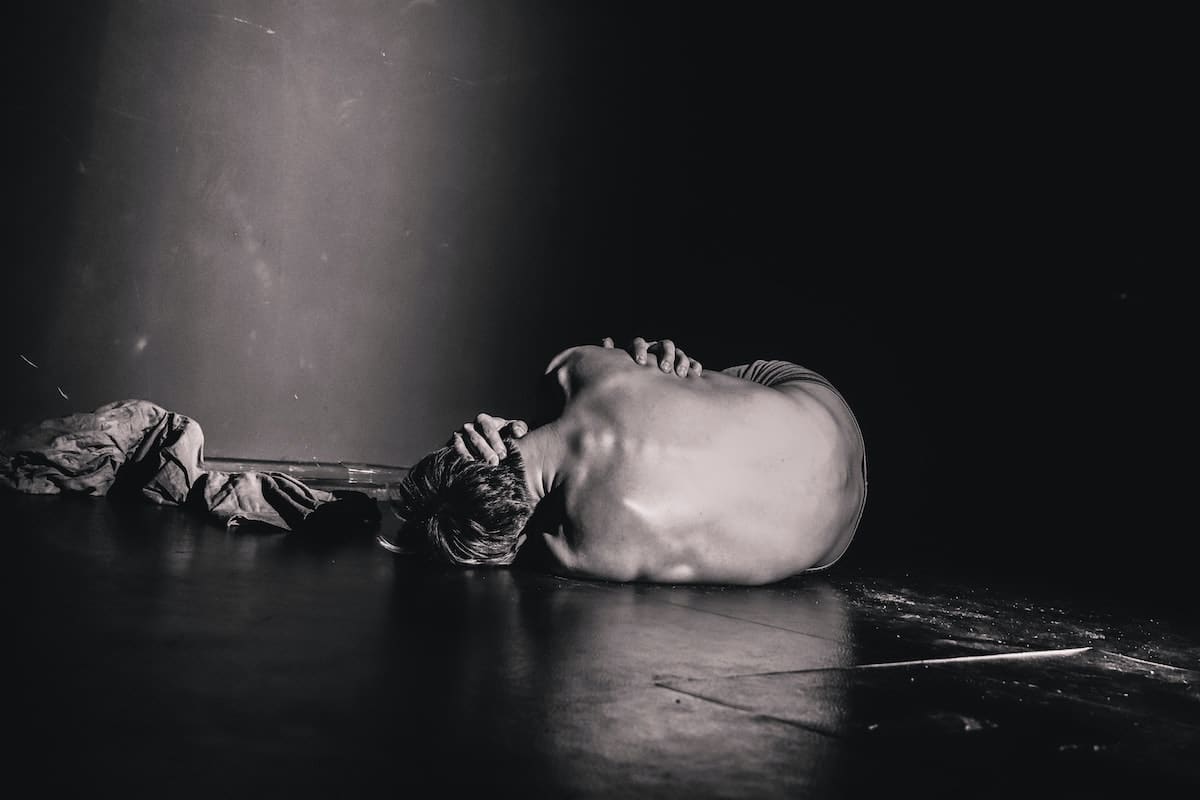 Bitcoin’s [BTC] struggle to surpass the current resistance level (around $21k) continue to see new dates. BTC made a few attempts to clear the $21,650 resistance but failed. However, there might be more pain coming its way for the largest crypto.

The certainity of pain doesn’t end in the shorter frame and this can be attributed to the factors given below.

Firstly, BTC seems to be losing its dominance as traders showcased more interest in Ethereum [ETH] and other altcoins. The king coin slumped since briefly jumping back above $25k on 14 August. Following this, BTC recorded a low transaction ratio at a loss. Mainly because traders lost interest and exited the network.

As per the analytic firm Santiment, more than twice as many BTC transactions were at a loss vs. at profit this week. Something that can be seen in the graph below. 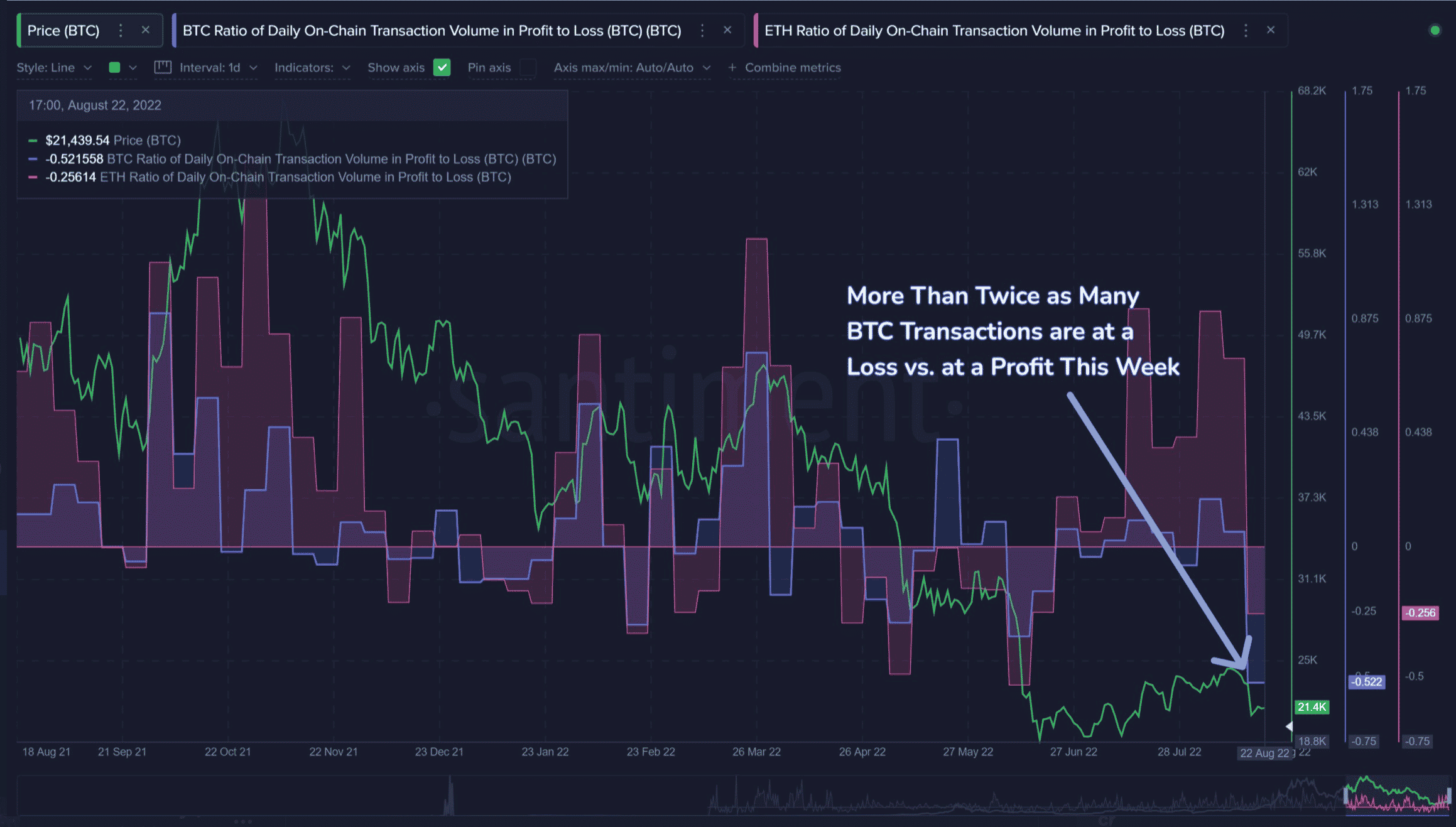 Even the NUPL metric declined below zero during the first half of the day. This could be a sign that the crypto may be approaching a bottom. It means the Bitcoin market as a whole held an unrealized loss.

Well, the Bitcoin “net unrealized profit and loss” (NUPL) is an indicator that can be defined as the difference between the market cap and the realized cap, divided by the market cap. 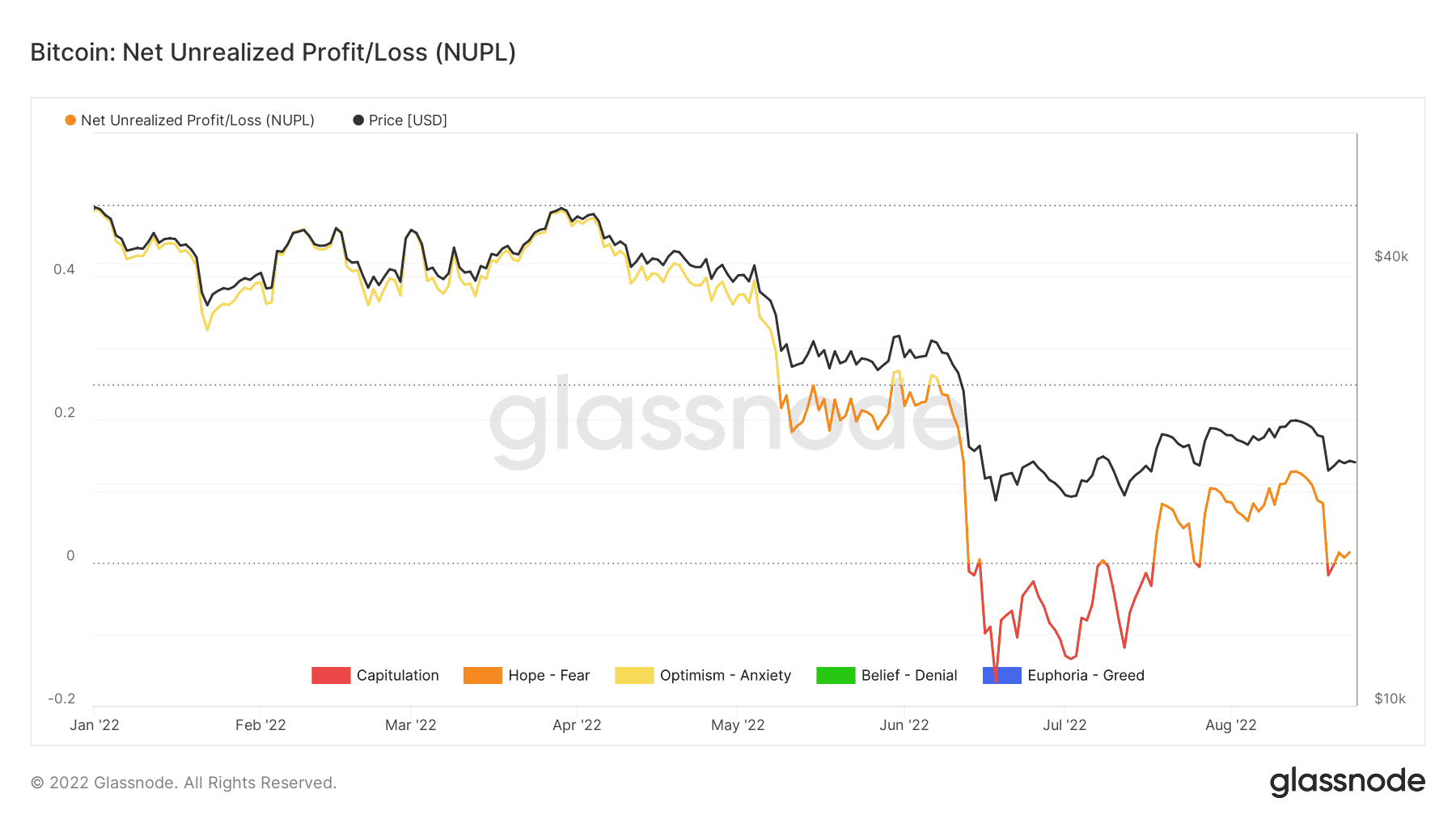 Notably, the Bitcoin NUPL sharply decreased in value this year (YTD) as the price of the crypto observed a slump. But at press time, BTC did see a slight uptick above the zero mark. Thus, signaling ‘Hope’ amidst fear.

But is that significant enough to keep the token afloat? Maybe not as bears took control, evident from CoinGlass’ data. 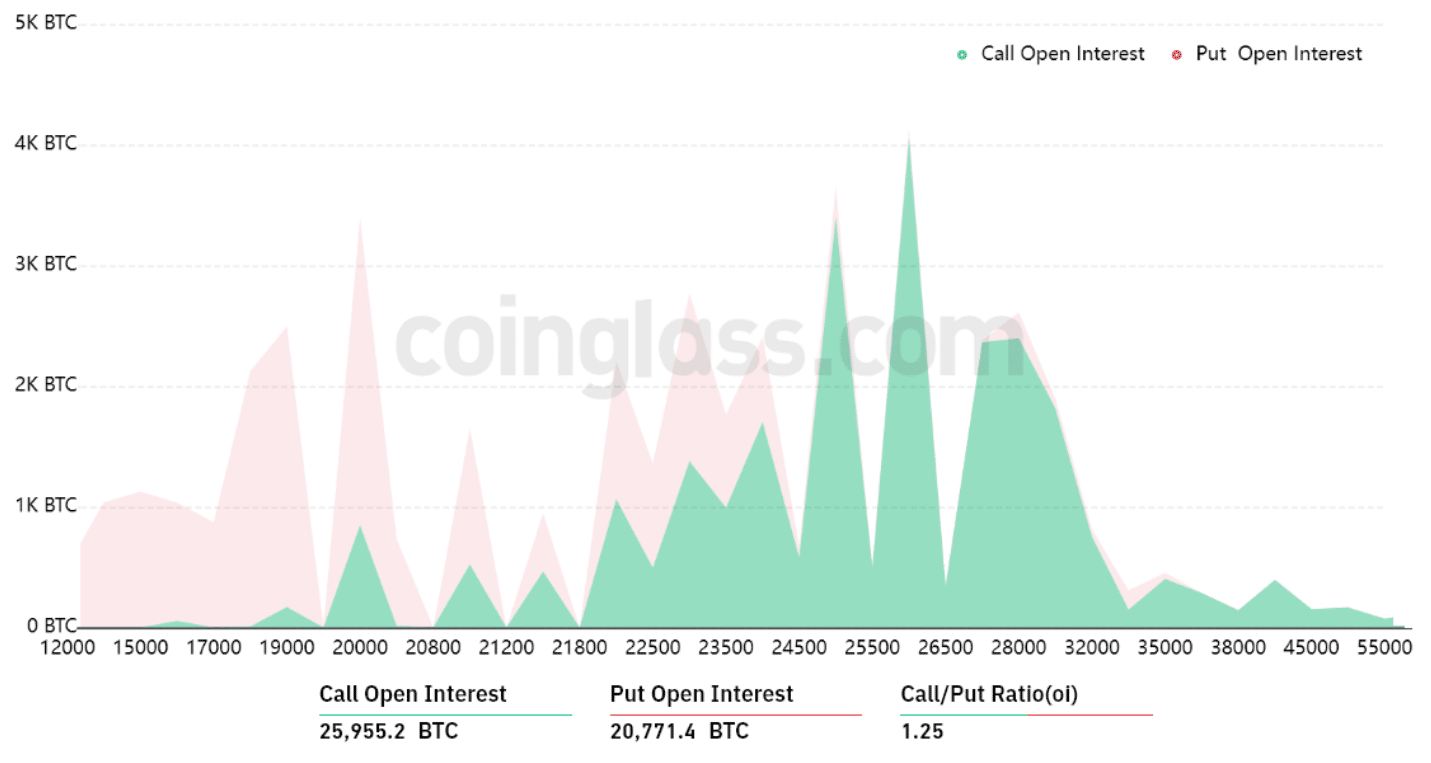 This even surprised the BTC bulls because only 12% of the call (buy) options for the monthly expiry were placed above $22,000.

Thus, Bitcoin bears were better positioned even though they made fewer bets. (BTC at press time traded <the $22k mark).

Different analysts within the crypto market have been predicting the arrival of crypto winter. Peter Schiff, one of Bitcoin’s biggest critics, predicted that the benchmark cryptocurrency stood on the verge of more bloodletting.

Another fellow on-chain analyst (@Root) asserted that BTC could witness a major leg down to 9k in a thread.

I've seen this chart doing the rounds, time to discuss some misconceptions 🧵👇 pic.twitter.com/3LUe6FAXJT

Opening long position on Cardano [ADA] might be your biggest…