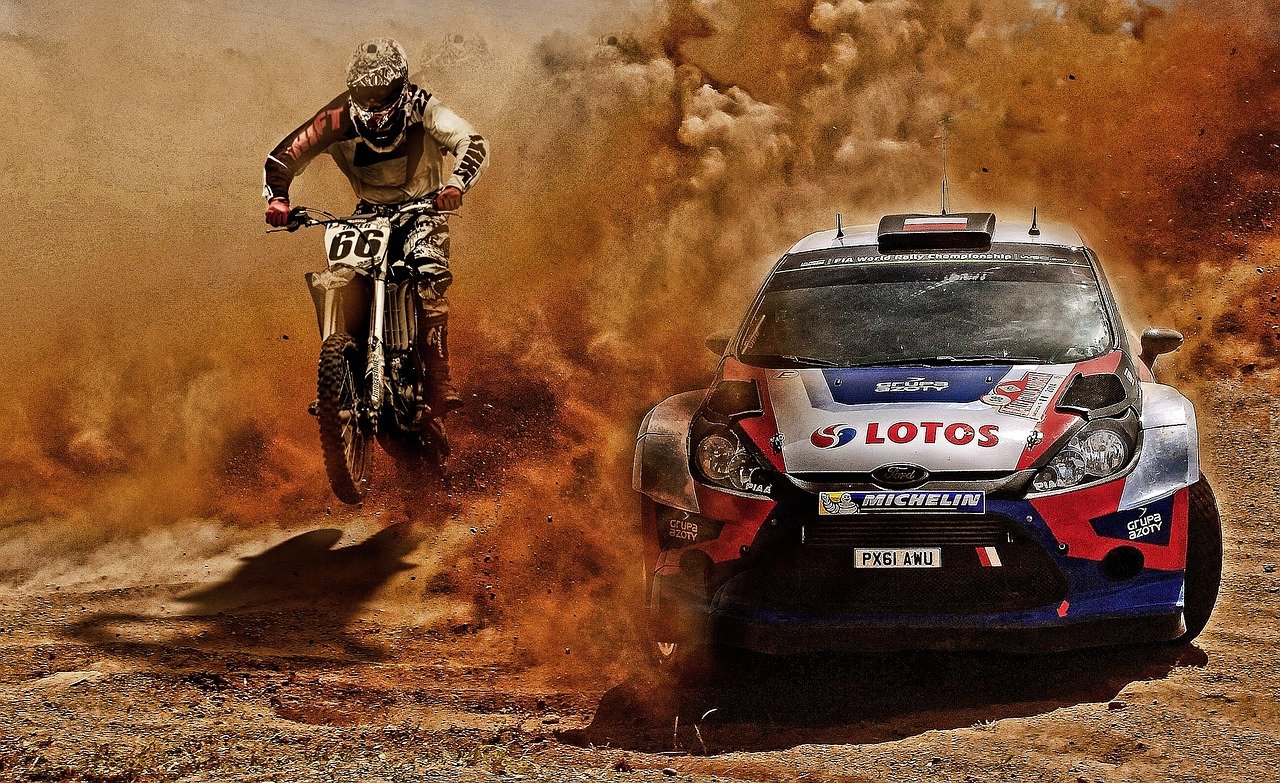 It’s been a good few days for UNI, both on the price and the development front. Not only did the token see a hike and touch a new ATH on the charts a few days ago, but the popular decentralized exchange Uniswap also saw a lot of buzz around it thanks to its inventor trolling everyone about V3. Be that as it may, a minor correction soon after has fueled an inevitable question – Is this too good to last?

A loaded question like that is always difficult to answer with any absolute certainty. However, a few metrics can offer some direction in this regard. In fact, the said question was tackled by Santiment’s latest Insights report as well, with the same highlighting a set of metrics to suggest that there is no easy answer.

At its most basic, an asset’s price and trade volumes are the best indicators of how it is performing. In the case of UNI, while the token did establish an ATH of over $34 before falling to trade around $31 at press time, the said hike wasn’t accompanied by a similar impetus to its trade volume. Simply put, a divergence seemed to be taking hold, one suggesting that there are fewer buyers in the space and “demand is getting exhausted.” 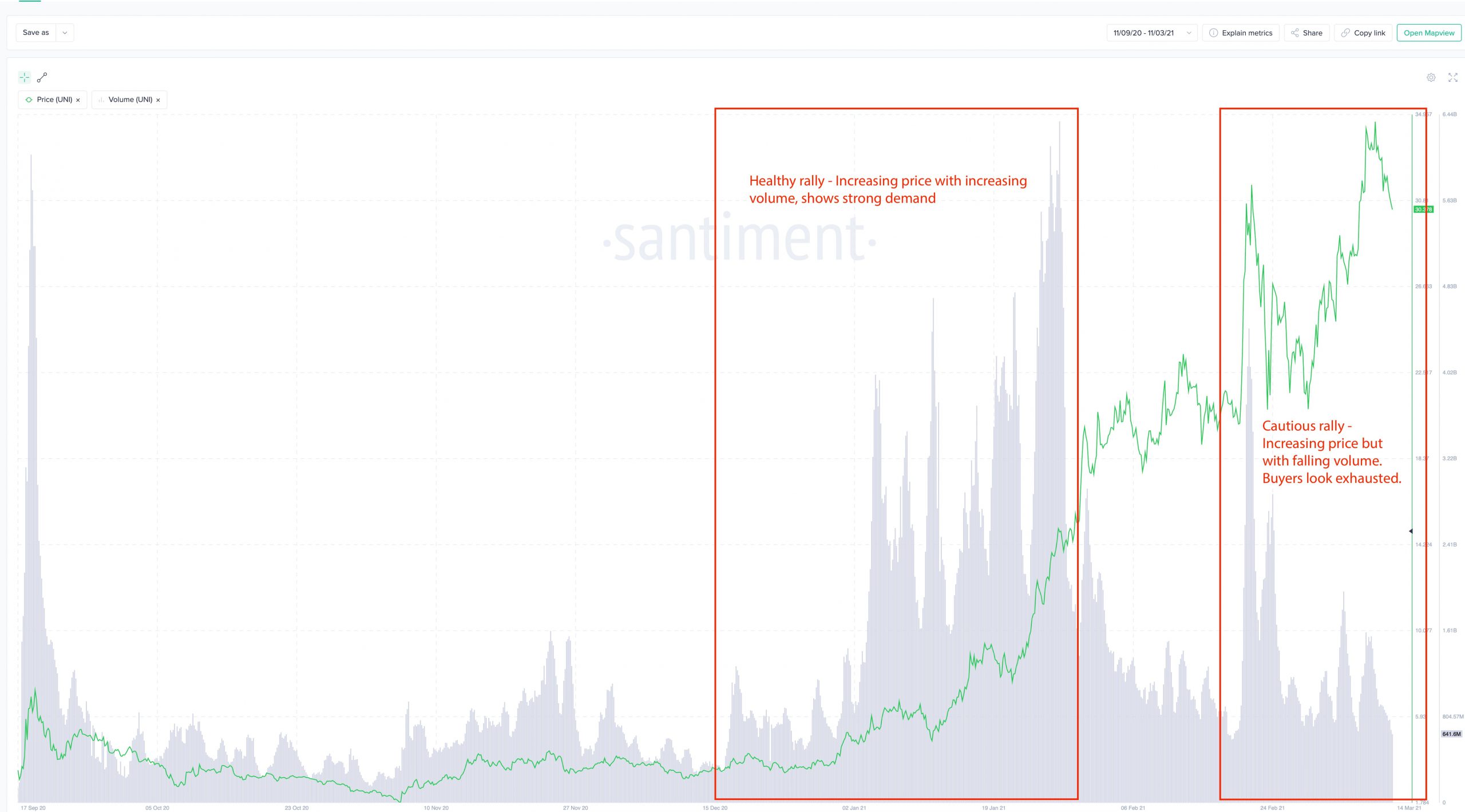 This also means that when compared to December 2020, UNI’s present rally may not be as sustainable on the charts.

Then there’s the matter of developer activity, with UNI recording its biggest spike in 6 months a few weeks ago. Now, on the face of it, this is expected. After all, with V3 penned in for release sometime soon, the said metric is bound to jump on the charts. However, what’s even more interesting is that the last few times it has hiked, it has been followed by a corresponding surge in price.

This has been the case this time too, with UNI’s value appreciating after dev activity soared. With the Fee Switch Mechanism looming for the 15th, it was bound to happen too. It should be noted, however, that it’s difficult to ascertain whether this pattern would hold for long, especially if the release of V3 continues to be withheld.

Further, according to UNI’s MVRV 7D, the token was neither undervalued nor overvalued, at press time. A “cool down” period, Santiment called it, which means that there is potential for more upside. Historically, whenever the token has wandered into the overvalued zone, the market has corrected itself, with the crypto consolidating under the local top in question. That may be what’s happening right now too. 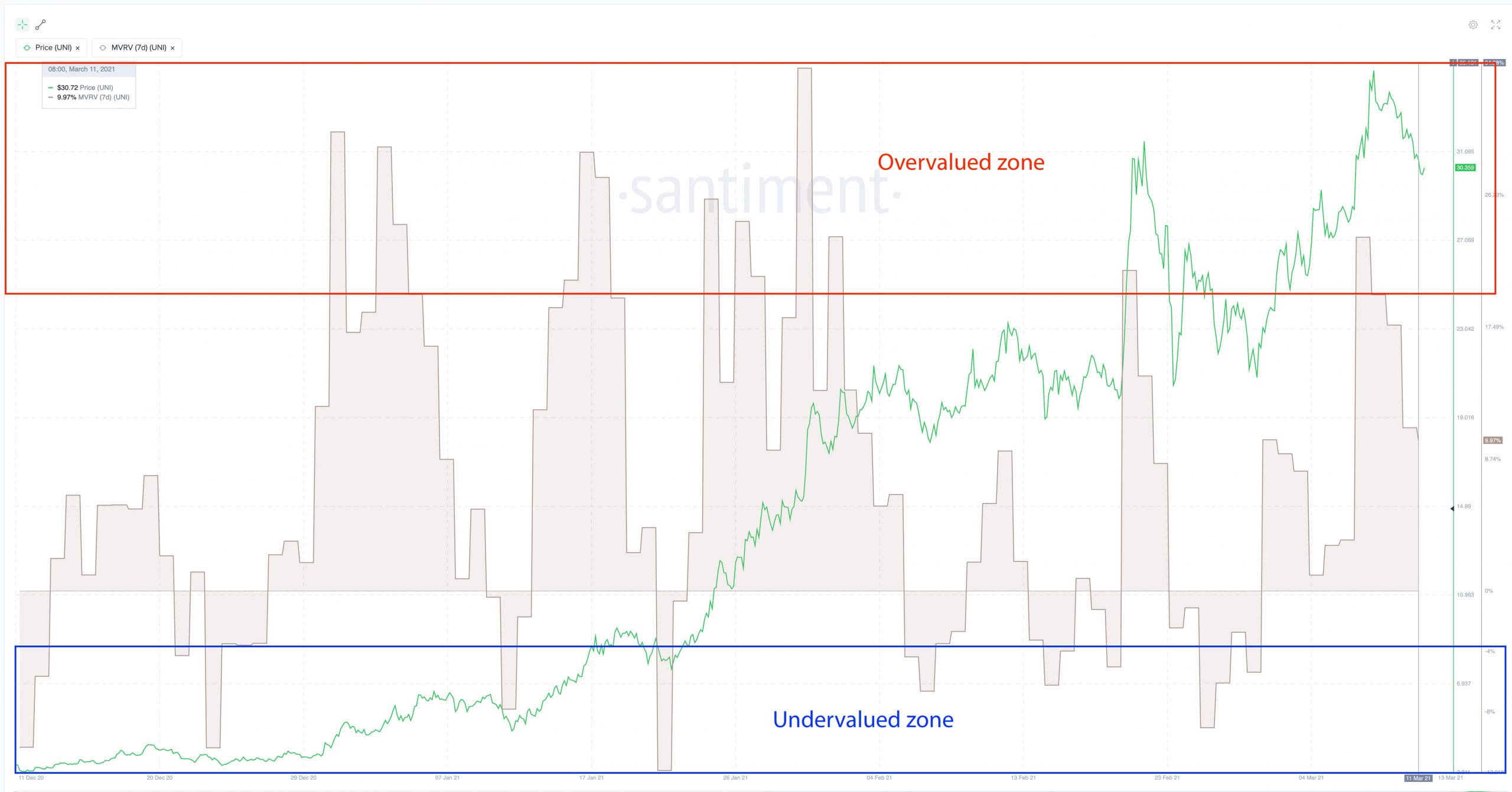 Such a pattern can be seen when it comes to whale transactions as well, with price tops usually coinciding with hikes in the same.

What do these findings suggest? Well, they highlight that while more upside may be available for UNI, with a possible new ATH on the charts as well, the pattern driving its price action is unlikely to be carried forward for a long time. UNI, as Santiment put it, may soon run out of “speculative juice.”

That’s a pretty bullish outlook, especially for a decentralized exchange when juxtaposed against a popular, mainstream, centralized crypto-exchange.

Finally, there has been a lot of bullish positioning among investors in DEX tokens of late. For instance, UNI netflows touched a low of $82 million a few days ago, a finding indicative of the fact that more and more investors are withdrawing from centralized exchanges to “hold their positions and/or deposit them for extra yield in DeFi protocols.”

This, coupled with the fact that the distribution of stimulus checks is bound to have an impact on the cryptocurrency market, including its DEX tokens, suggests that UNI might not run out of “speculative juice” just yet.