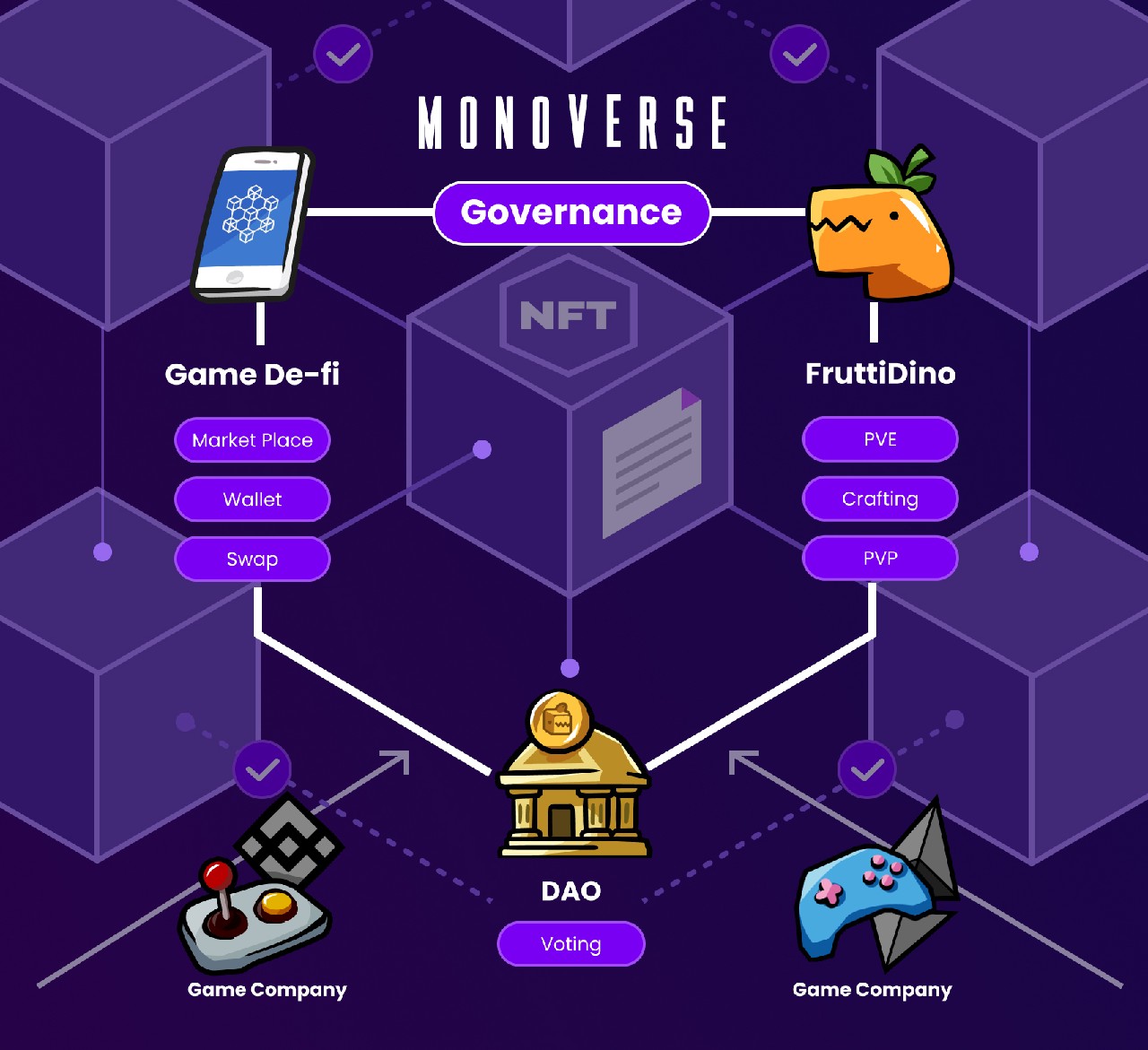 Monoverse is a blockchain game developer developing “Frutti Dino“, one of the most awaited NFT games in 2022, and the game is already receiving attention and expectations from many global users even before the service. Monoverse is receiving lots of attention and collaboration proposals from various industries these days as the P2E-based blockchain NFT game project, which was already underway, is naturally known to the industry as NFT has recently become a hot topic in the game industry.

Apart from the ongoing Frutti Dino project, Monoverse will hold an “NFT Game Conference” with domestic and foreign game studios and developers this year to expand the global NFT game ecosystem, contributing to the revitalization of a truly open game platform and blockchain service.

Representative Jae-Hyun Lee of Monoverse mentioned that even though Play to Earn games such as Frutti Dino have gained global popularity and led to the launch of more new games, many Korean companies have not secured members to implement projects with both game and blockchain experts, so hardly any Korean companies are developing NFT games or undertaking relevant projects. In this regard, the representative revealed his efforts to facilitate the exchange and assistance for small and medium-sized game companies to establish and enter the NFT game market quickly.

Monoverse completed the 1st pre-sale for the current NFT game project “Frutti Dino“ecosystem and drew high participation from overseas communities such as the Philippines, Indonesia, and the United States. It plans to hold an additional second pre-sale for more global users who did not participate in the first pre-sale, as well as NFT sales, including Genesis Dino.

Meanwhile, the mainnet of the Frutti Dino NFT game will be developed as a BSC (Binance Smart Chain) in consideration of popularity, speed, and cost.