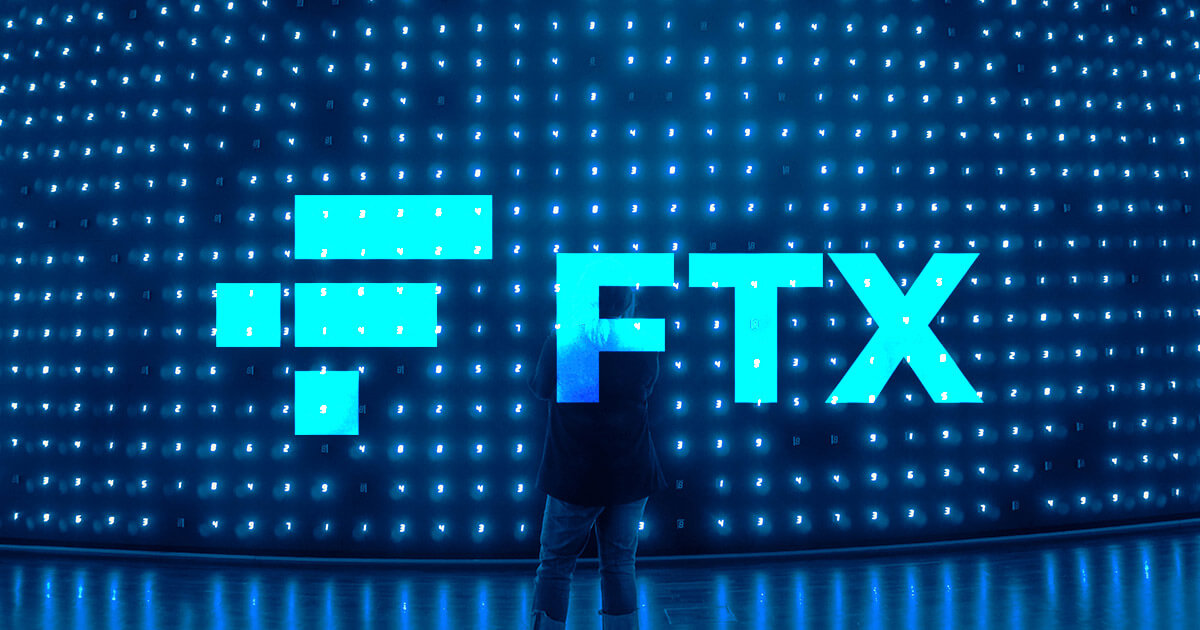 The world of NFTs has made it to FTX but looking at investors it doesn’t look like they have reciprocated as significantly. But maybe this could work out in favor of both FTX and NFTs since they are both losing grips right now.

In an announcement, FTX’s US arm finally enabled users to buy and sell Ethereum based NFTs on the exchange’s marketplace. This was a long-awaited arrival since FTX only supported Solana-based NFTs until now.

This allowed for the most popular NFTs – CryptoPunks and Bored Ape to be traded on the exchange. Even though this is a big deal, the hype around NFTs is actually coming down month over month, both socially and fiscally.

Compared to August’s 1.6 billion NFTs, November witnessed the figures being cut down by half as only 800k NFTs were sold.

Now the volumes have been reducing but not as excessively. Month-on-month, volumes have come down by $300 million – $400 million. This is despite only half the amount of NFTs being sold.

It is so because the hype NFTs had, placed their prices so high that even a 50% decline in sales only resulted in a 30% decline in volume.

Besides, even investors aren’t too elated either. FTT continues to follow the broader market cues, plunging by 25% in a month. 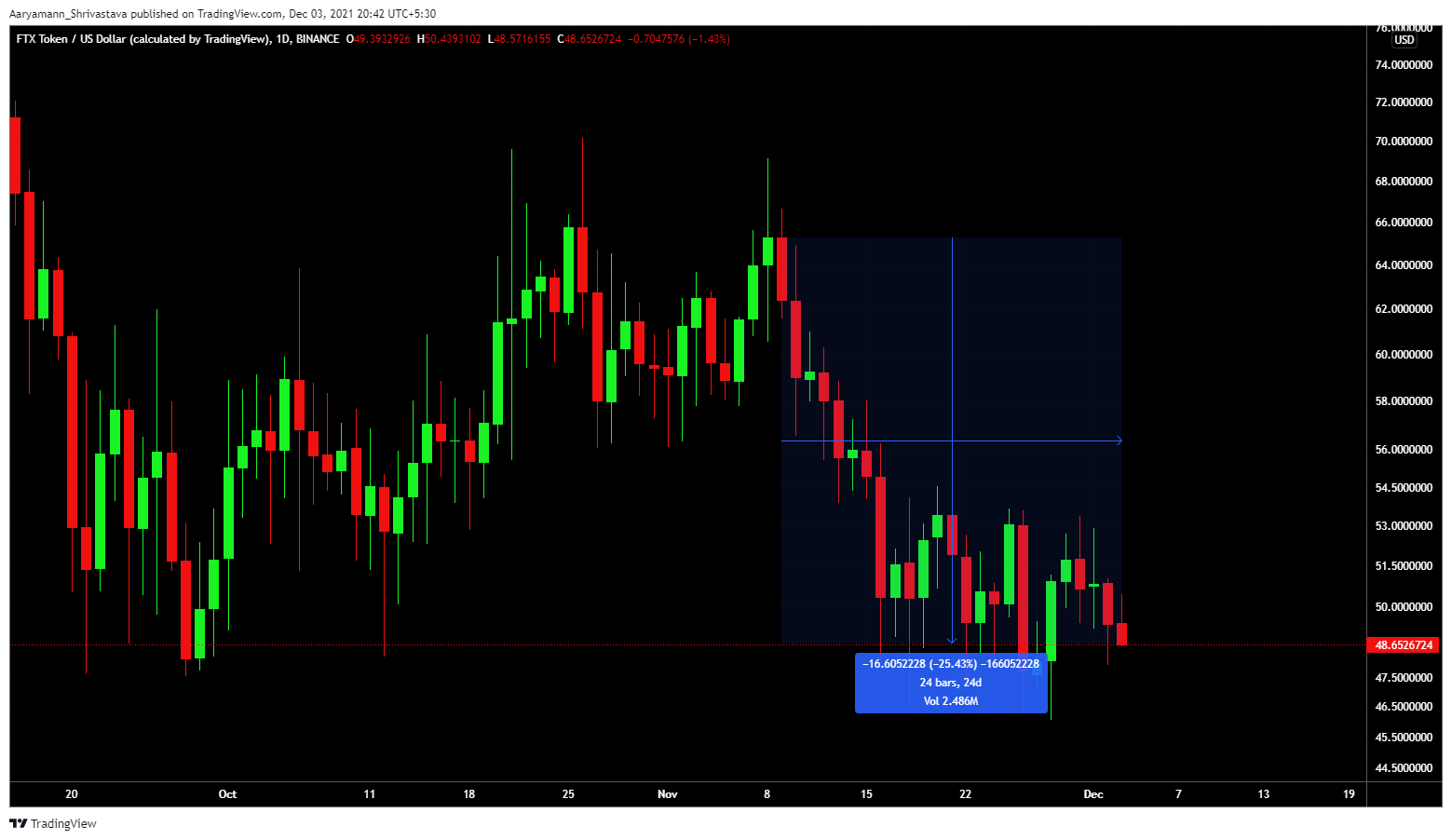 The network hasn’t seen any major incline in the addresses either. Even though whales have been pretty active, it doesn’t matter much since they anyway control 91% of the entire FTT supply. 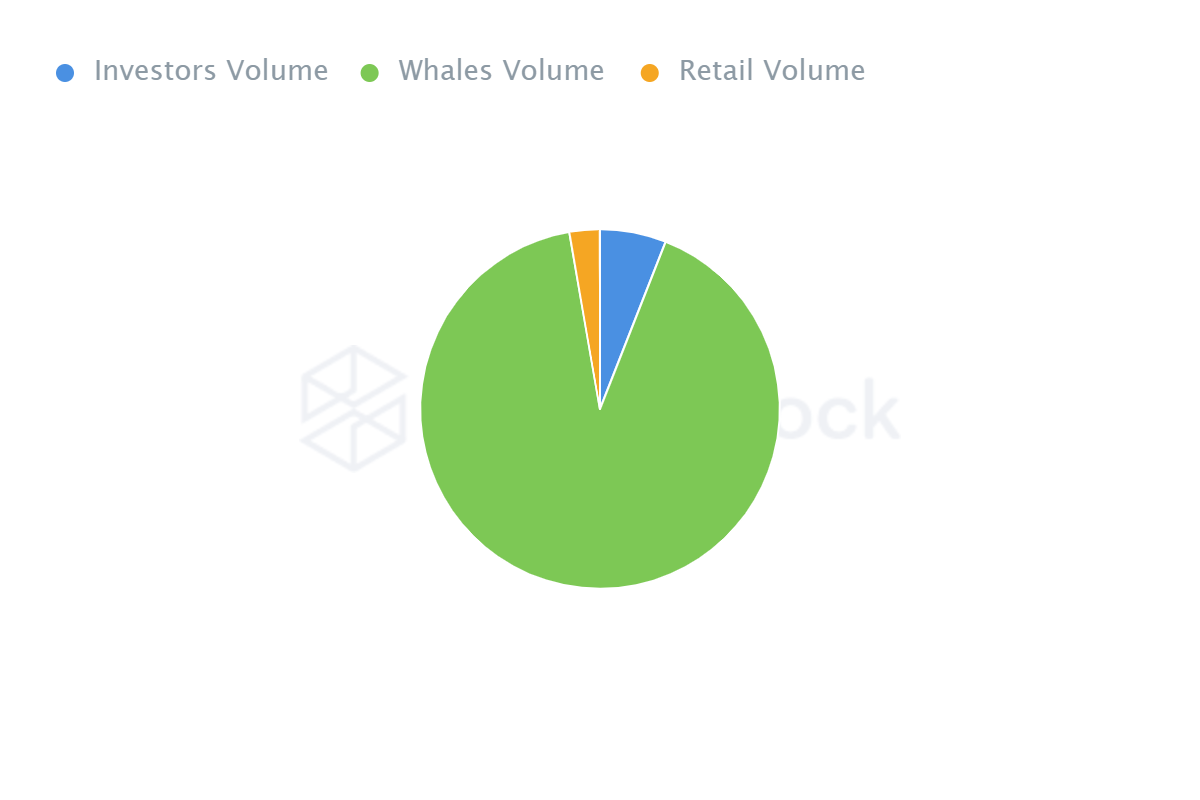 And the consistent price fall has led to 58% of all investors falling into losses. 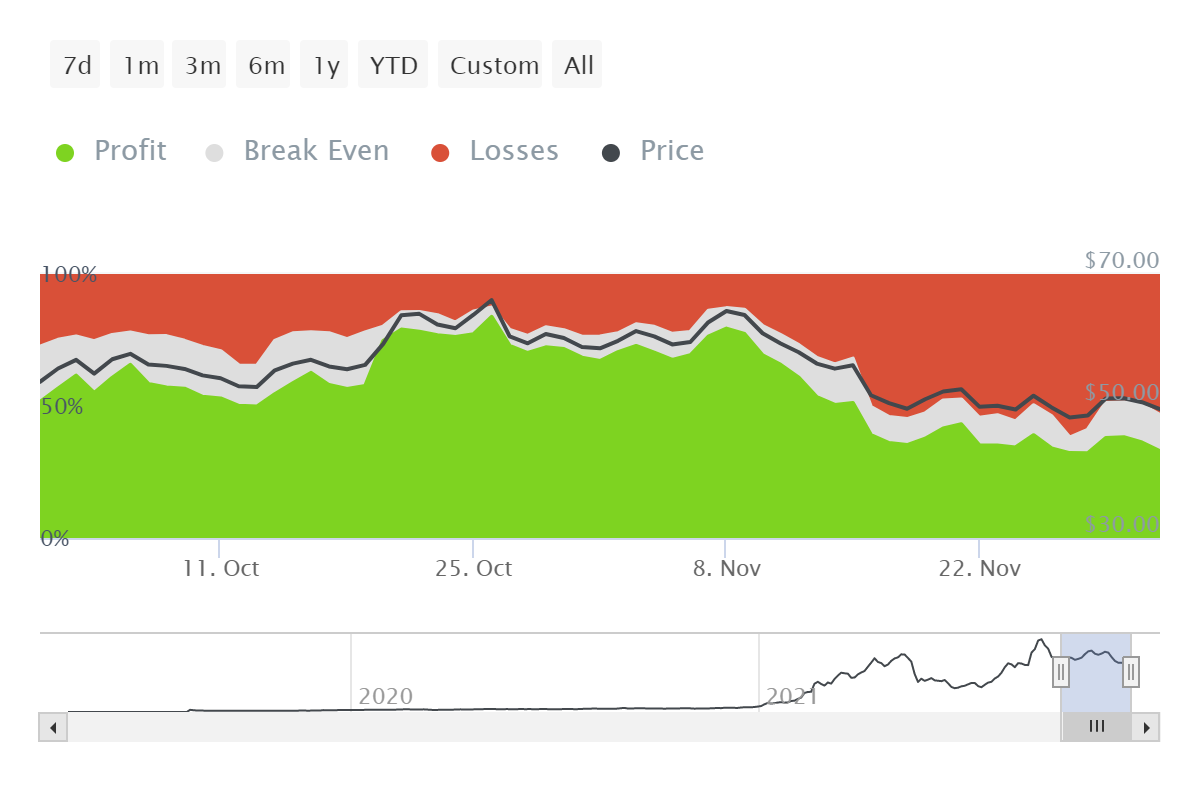 Simply put, NFTs may still be valuable but investors seem to be moving on from them. However, if the month of December sees FTT perform well, it would be proof that NFTs hype has not actually lost all of its steam. Since both have been performing poorly, it appears to be cause and effect with NFTs arrival.