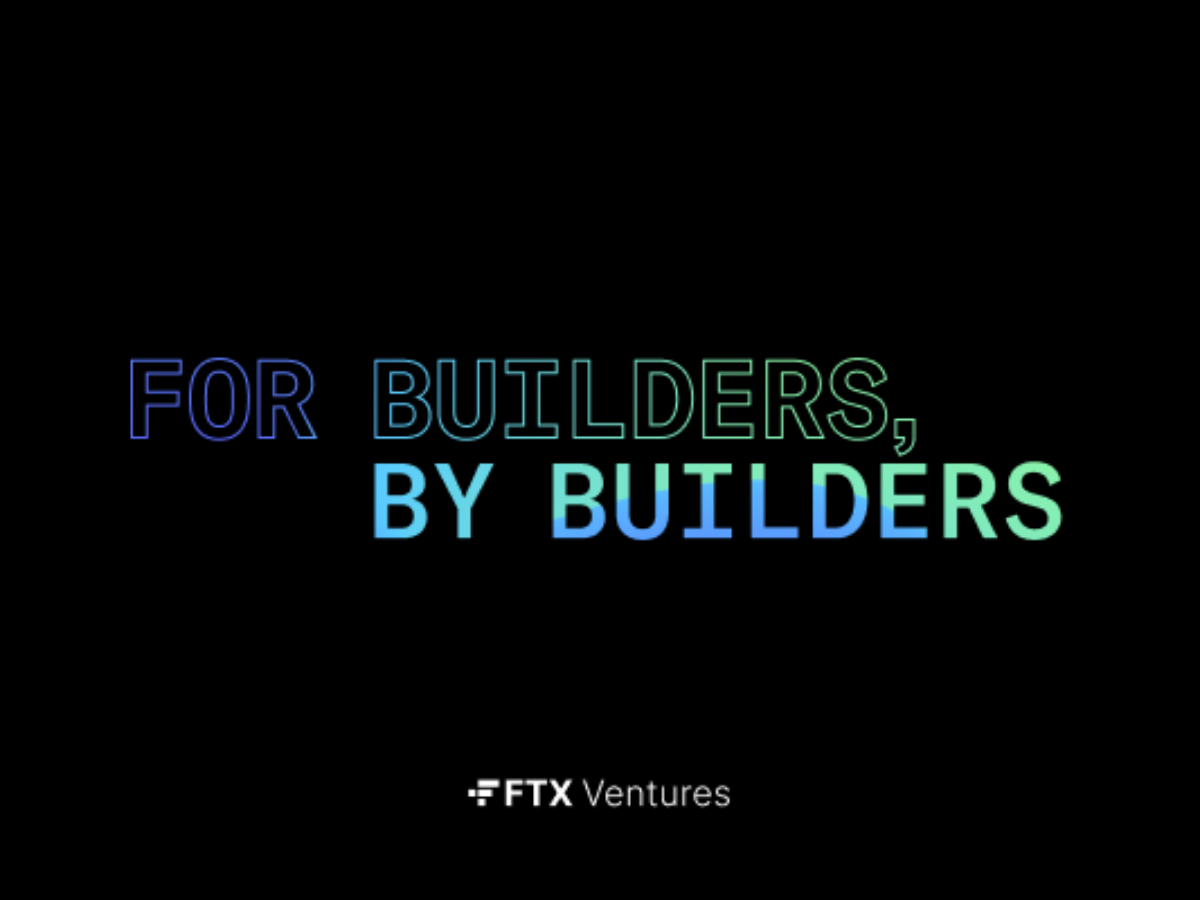 The quickly expanding world of Web3 has grabbed the attention of investors and developers alike and FTX is looking to dip their toes in it too.

FTX’s new branch call FTX Venture has been created with $2 billion set aside for funding new and developing companies in the crypto market. In order to successfully run it, the company hired former Lightspeed partner Amy Wu who said, in an interview to The Block,

“The objective of this venture is to accelerate the adoption of blockchain technology.”

This is not where FTX wants to stop though, the company stated in their press release that they want to advance the web3 adoption as well along with it and also focus on a broad investment mandate across social, gaming, fintech, software, and healthcare.

The announcement is proof of FTX’s rising empire and its dedication towards making crypto accessible by and to everyone. This is playing in their favor as well since FTX’s token FTT has for the first time in over 5 months managed to break its dominating downtrend.

The broader market’s bearishness kept the altcoin stuck under the downtrend line since September and despite multiple attempts at invalidating it, the coin failed to test it as support.

A day before yesterday that changed for the first time as the coin not only tested it for support, it also rallied by another 9.5% the next day. 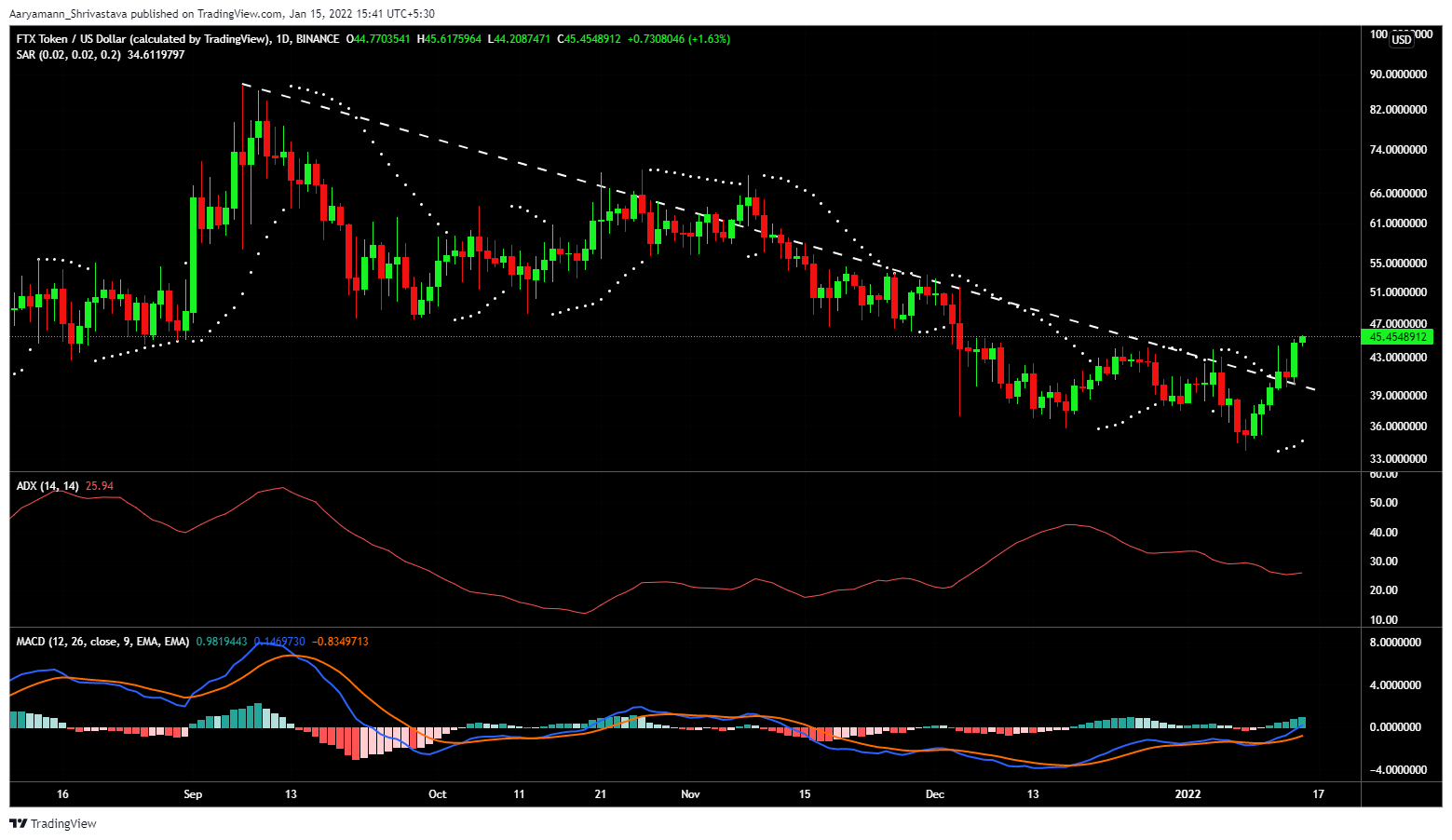 Additionally, looking at the price indicators’ bullishness, the coin might actually manage to either cross $50 or consolidate around $47 this week.

This rally also encouraged some investors to become active once again which is visible by the rising velocity of the altcoin after almost 6 months during which the network amassed almost 30% higher MTHs thanks to their HODLing. 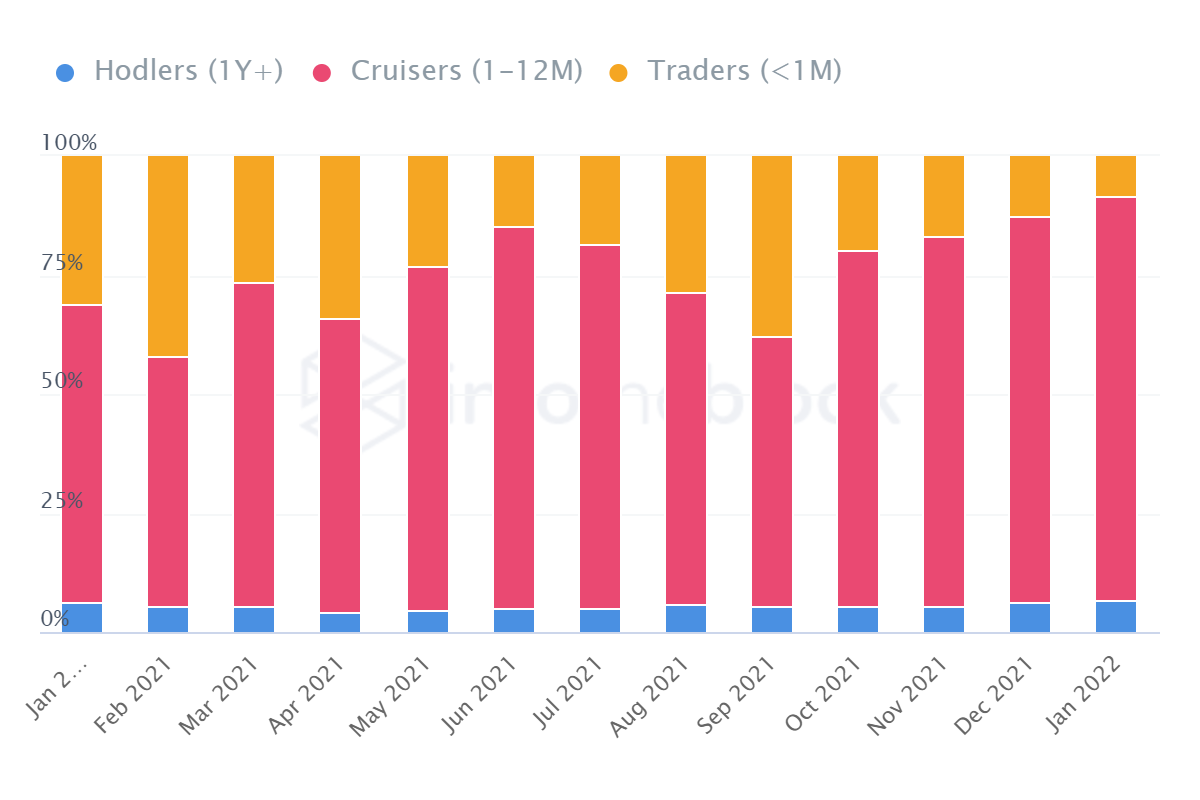 Going forward, FTT’s low correlation with Bitcoin will act as major support since high correlation previously led to the altcoin maintaining a red streak. This could positively change now that FTT is already rallying. 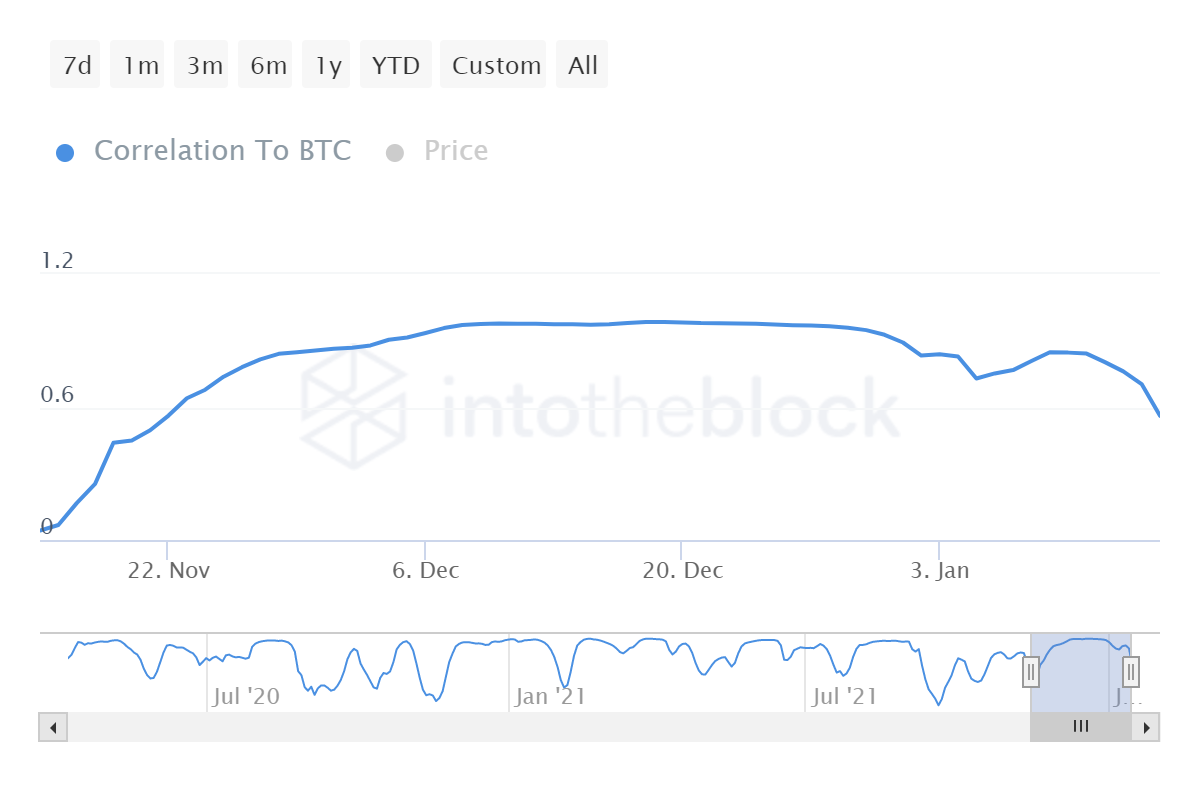