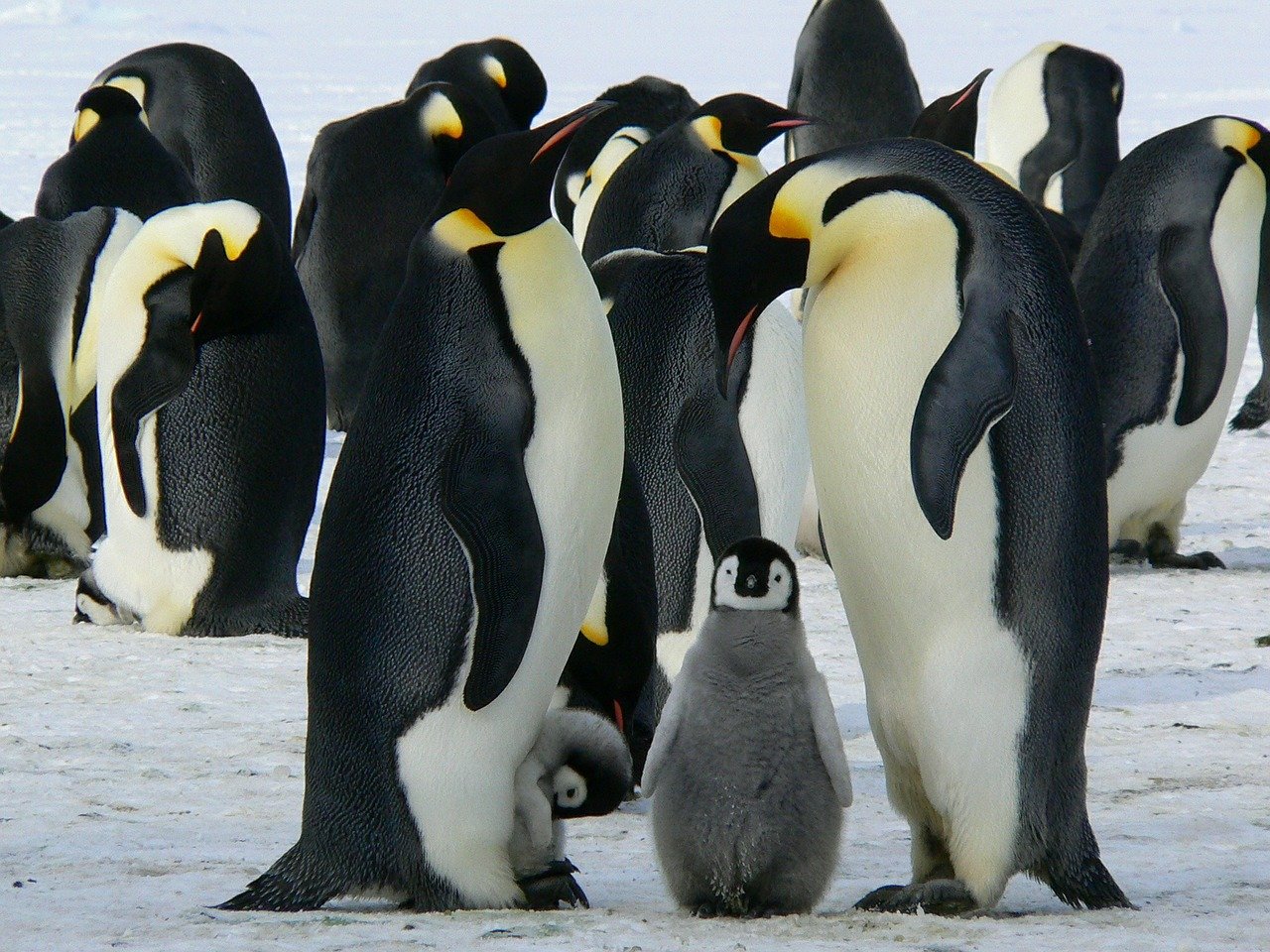 Over the past two weeks, GALA has been able to form a consolidation phase around the $0.18-mark. Subsequently, the price broke above the $0.23-highs and a near-term bullish structure was established.

This flip in the market structure made GALA bullish on the charts, at least on a short-term basis. Can the buyers drive prices higher? 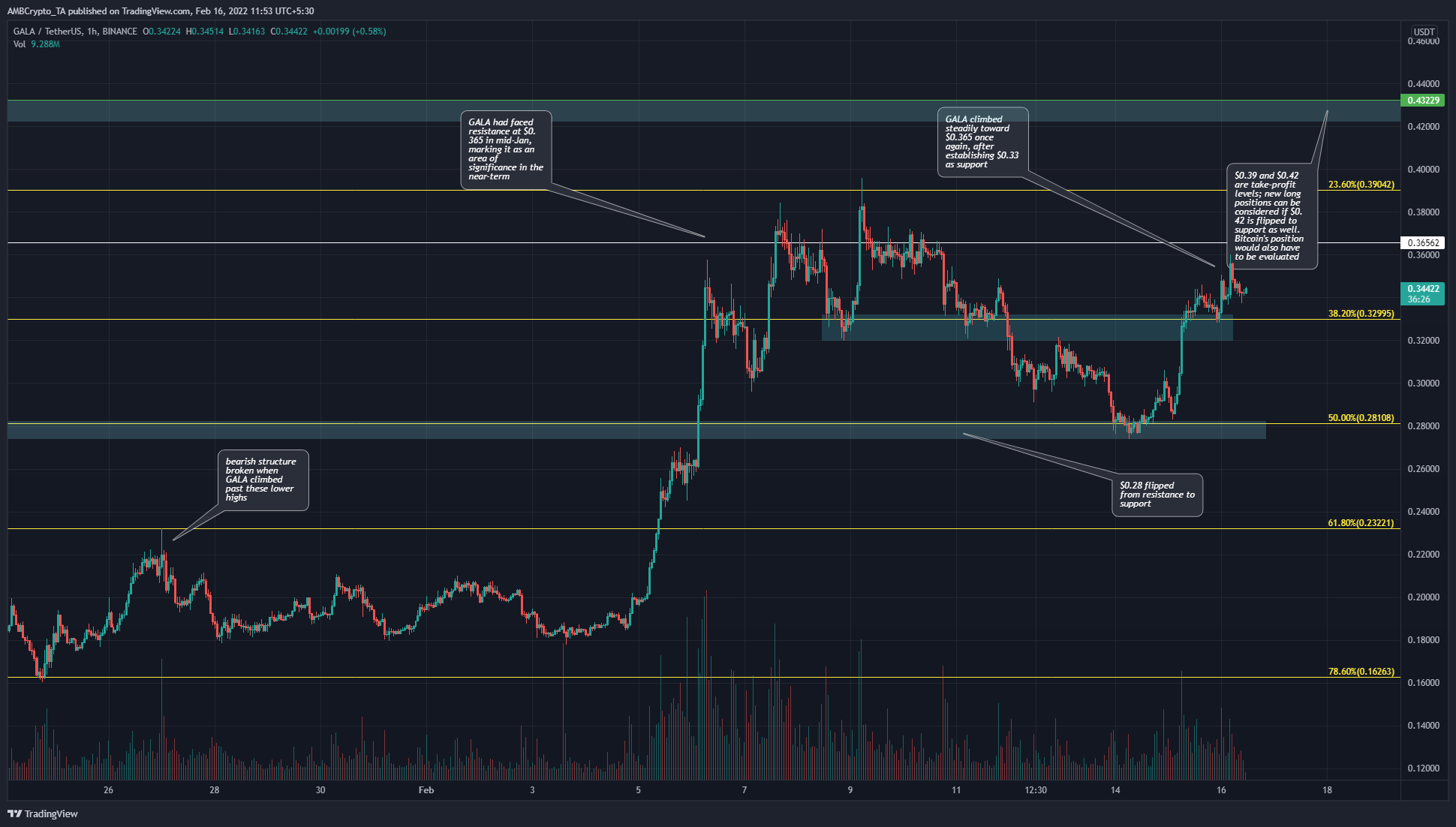 In early February, Bitcoin smashed past the $39k resistance, and GALA was among the many altcoins that followed suit. Since then, the price has flipped the $0.281 and $0.33-levels from resistance to support. These levels (yellow) are also Fibonacci retracement levels which were plotted based on GALA’s move from $0.074 to $0.488, and continue to be respected by the price.

There was a pullback from the $0.39-local highs over the past week, but this turned out to be healthy for the bullish structure. $0.28 (cyan box) was an area that had been the final bastion of defense against the onslaught of the bears in the sell-off seen in the second half of January. Hence, a retest of this area to find demand would hint at further gains for GALA.

To the upside, the $0.39-local highs present a good take-profit level. The $0.42-level has also had huge significance over the past couple of months, and the price could push to these heights before sellers step in. 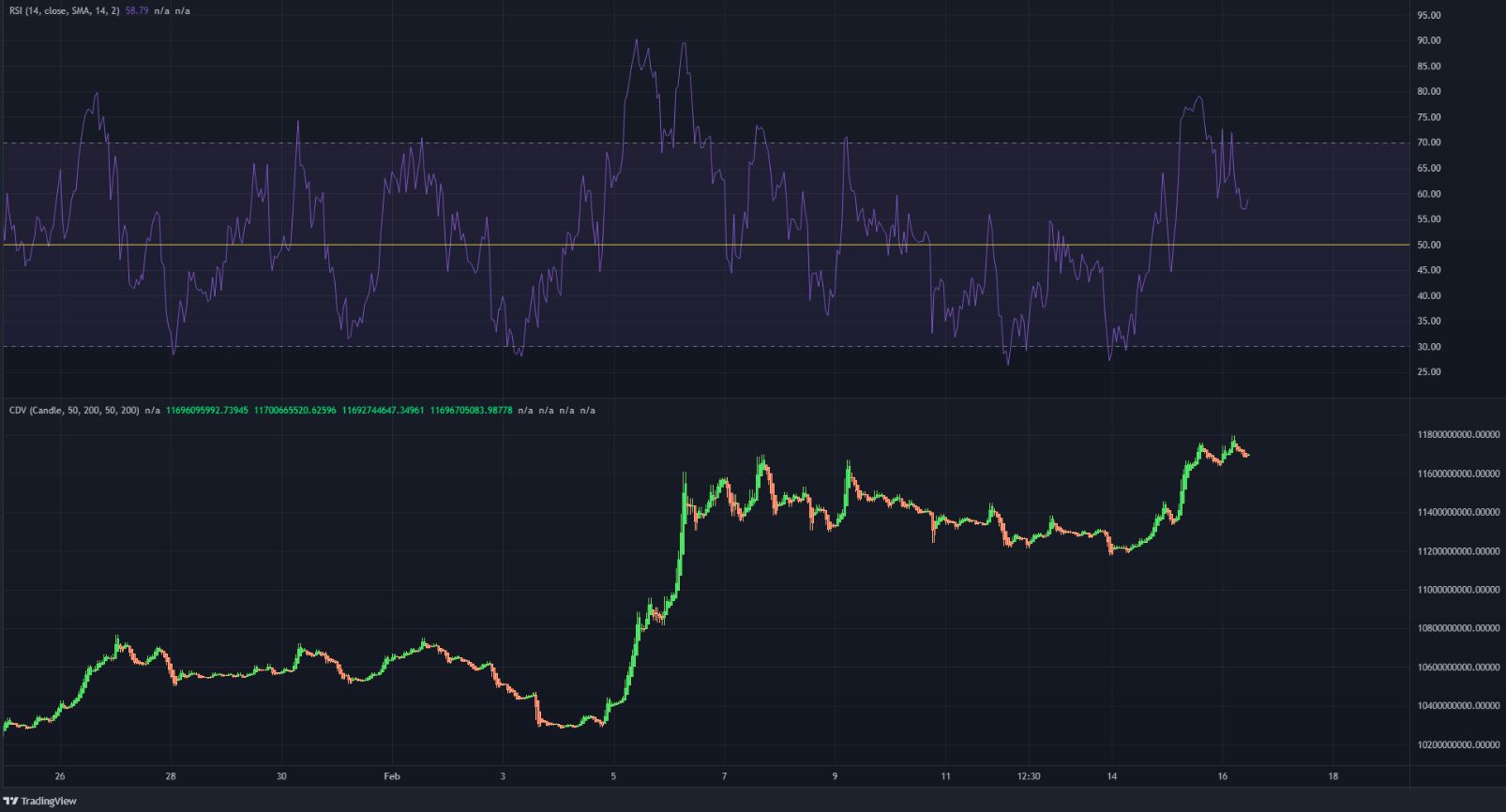 The RSI on the hourly chart continued to stay above neutral 50. It did form a bearish divergence in recent hours, one which has already seen GALA print a tiny pullback from $0.357 to $0.341.

When GALA formed a base at the $0.18-area, the buying and selling volumes were somewhat balanced, according to the CDV. When BTC broke out above $39k and GALA joined the bullish party, the CDV noted a surge in buying volume. Even at the time of writing, the demand had not let up.

Momentum was bullish and demand was rising behind GALA’s rally. Bitcoin could face resistance in the $46k-$48k area, and therefore, any GALA trades have to be closely monitored.