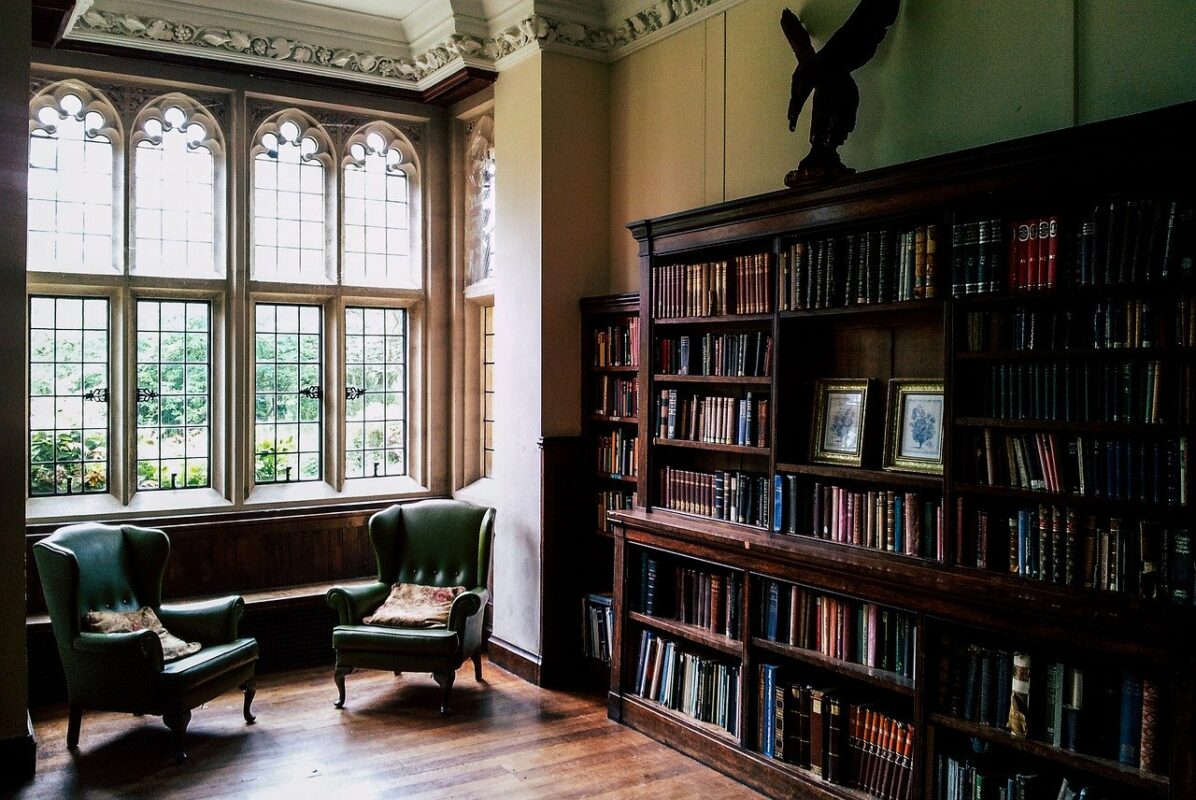 In November, GALA rocketed from $0.074 to $0.744 and registered around 1000% gains in a matter of two weeks. Since mid-November, the price has been retracing most of those gains and had established a downtrend that saw GALA plunge to $0.162. However, in the month of February, it appeared that the coin’s long-term fortunes could have begun to shift toward the side of the bulls once again. 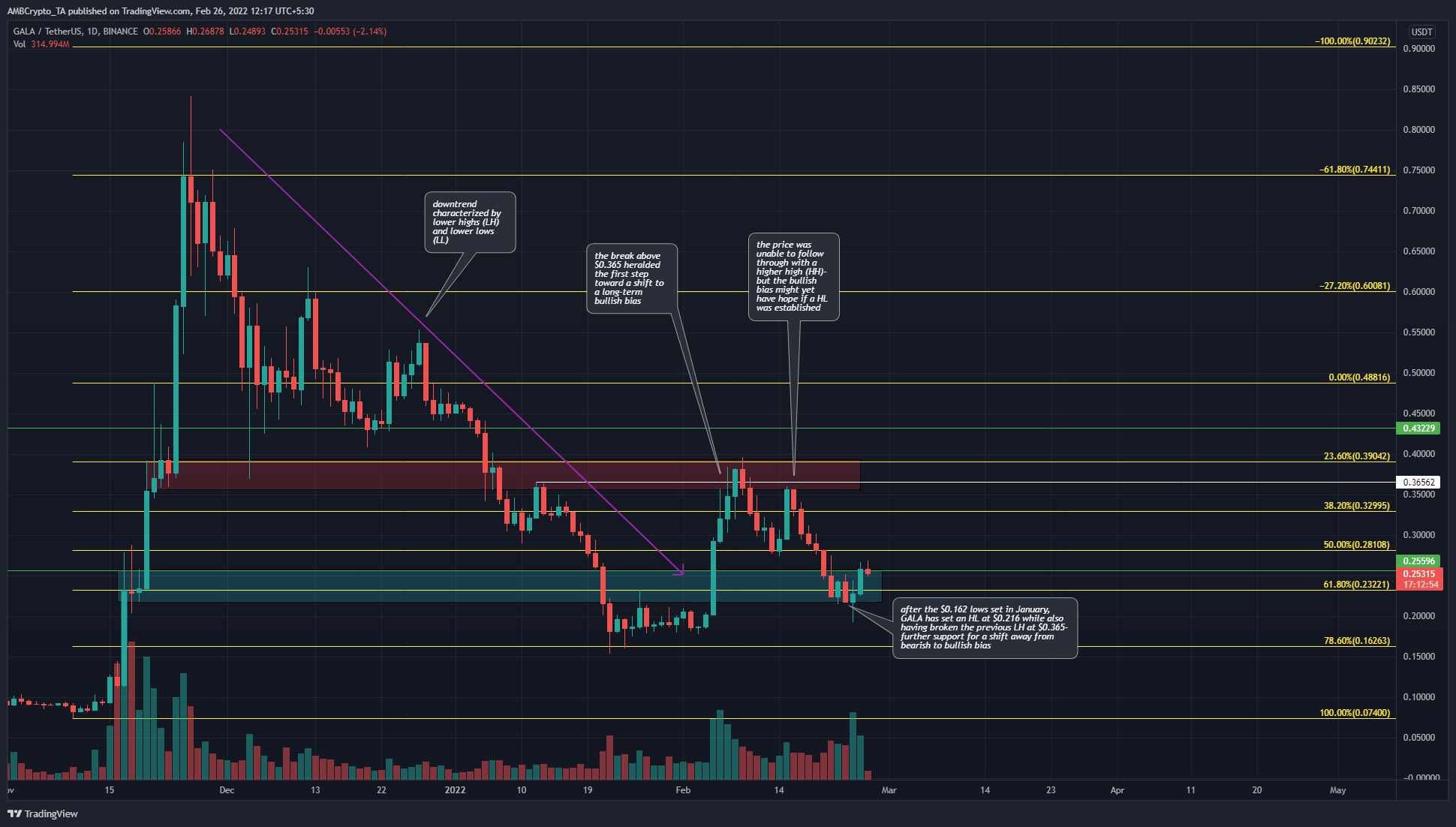 As highlighted on the chart, GALA has been on a downtrend since December. In early February, the coin closed a daily session above the (then) most recent lower high at $0.365 and pushed as far north as $0.39, before facing rejection.

Moreover, in the past week, the price has formed a higher low at $0.216, compared to the downtrend’s lower low at $0.18. This indicated that the coin has taken the first step to flip the market structure to bullish. 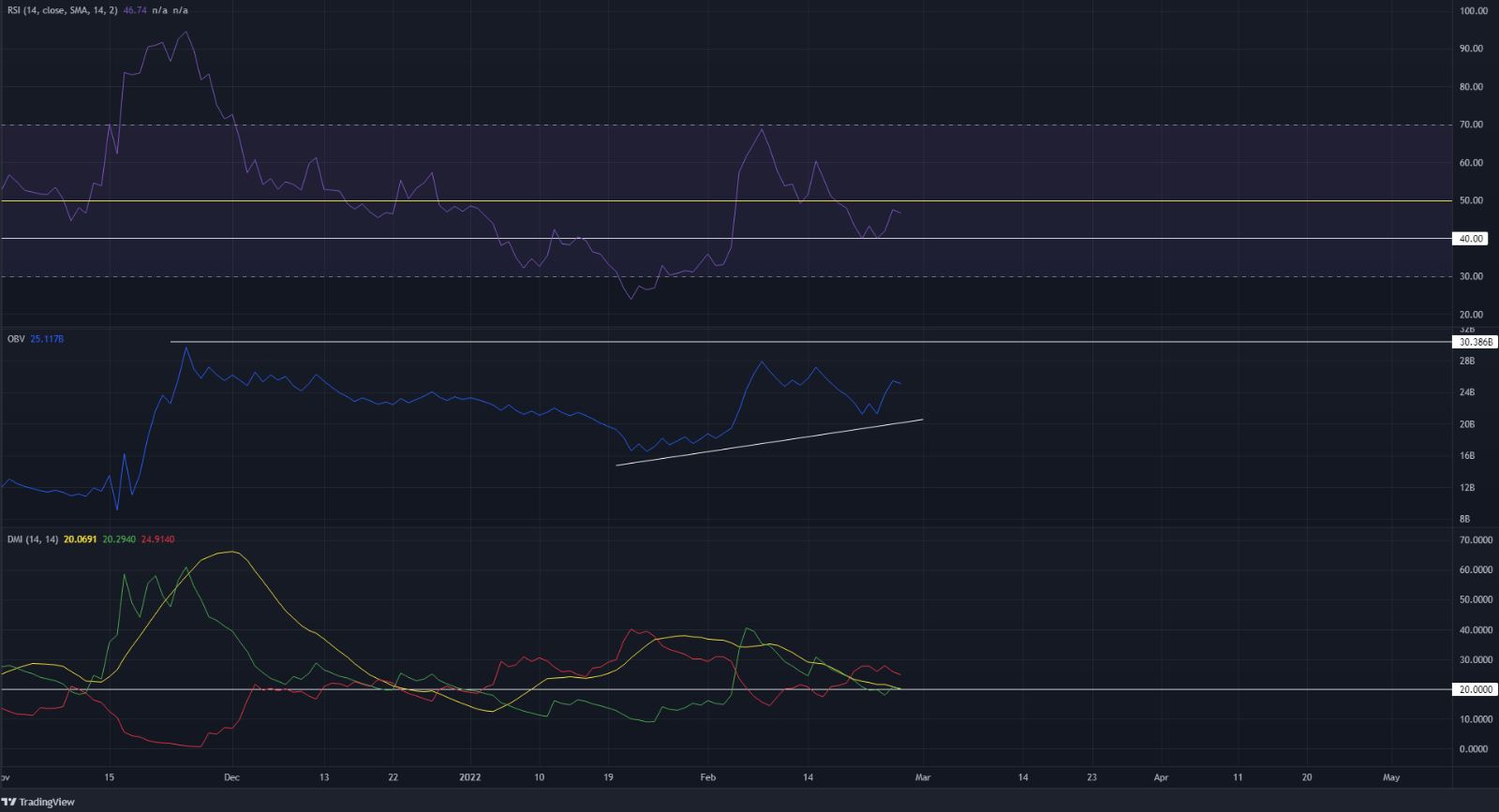 The daily RSI has not dropped below 40, which was significant because generally values below 40 are interpreted as strongly bearish. In fact, at press time, the RSI was at 46, which was closer to neutral than bearish.

The OBV has also made a series of higher lows in the past month, which showed buying volume has outweighed selling volume despite the rejection at $0.39.

The Directional Movement Index showed that a strong trend was not in progress- and this by itself evidenced that a shift in trend could be around the corner.

Given the uncertain market conditions on the longer timeframes, and the dominance of fear in recent weeks, it could be risky to be confident that GALA has indeed shifted its market structure. However, the slow but steady demand coupled with the bounce from the $0.216 level, which was also an area of demand, showed that bulls have a reason to be optimistic. However, if GALA drops below $0.21, this bullish outlook would have to be shelved.

Related Topics:GALAGALA Price Prediction
Up Next

Shiba Tron: Why you need to be wary of the latest puppy in the market

A sharp spike in gas fee on Ethereum; is Russia-Ukraine conflict to be blamed