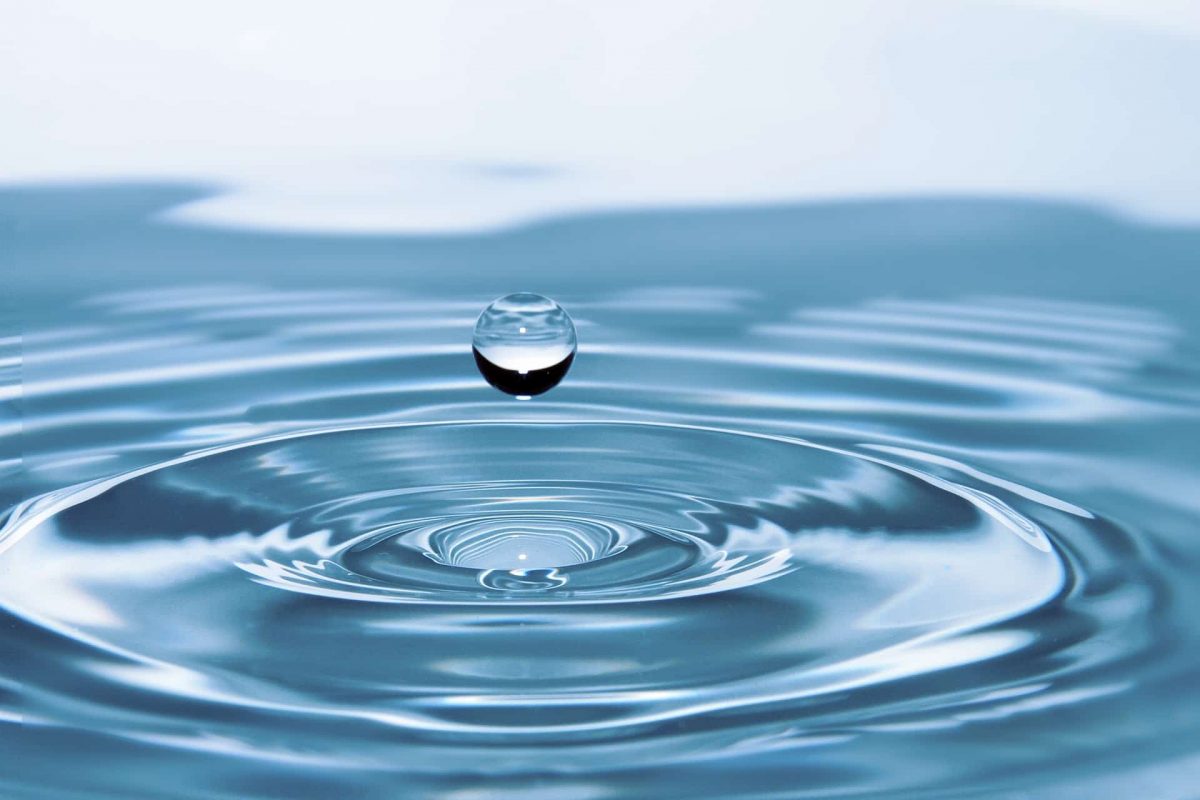 Ripple (XRP) has rallied for the past week, with occasional pullbacks. At press time, XRP was trading at $0.3688, up by 4% alongside a 100% volume increase in the past 24 hours.

The high trading volume indicated a strong buying pressure that could see XRP retest and break several resistance levels in its upward direction.

The immediate resistance target would be the 50-period EMA (exponential moving average) of $0.3829. But there are more obstacles that XRP bulls will have to clear to move upwards.

The challenge up ahead 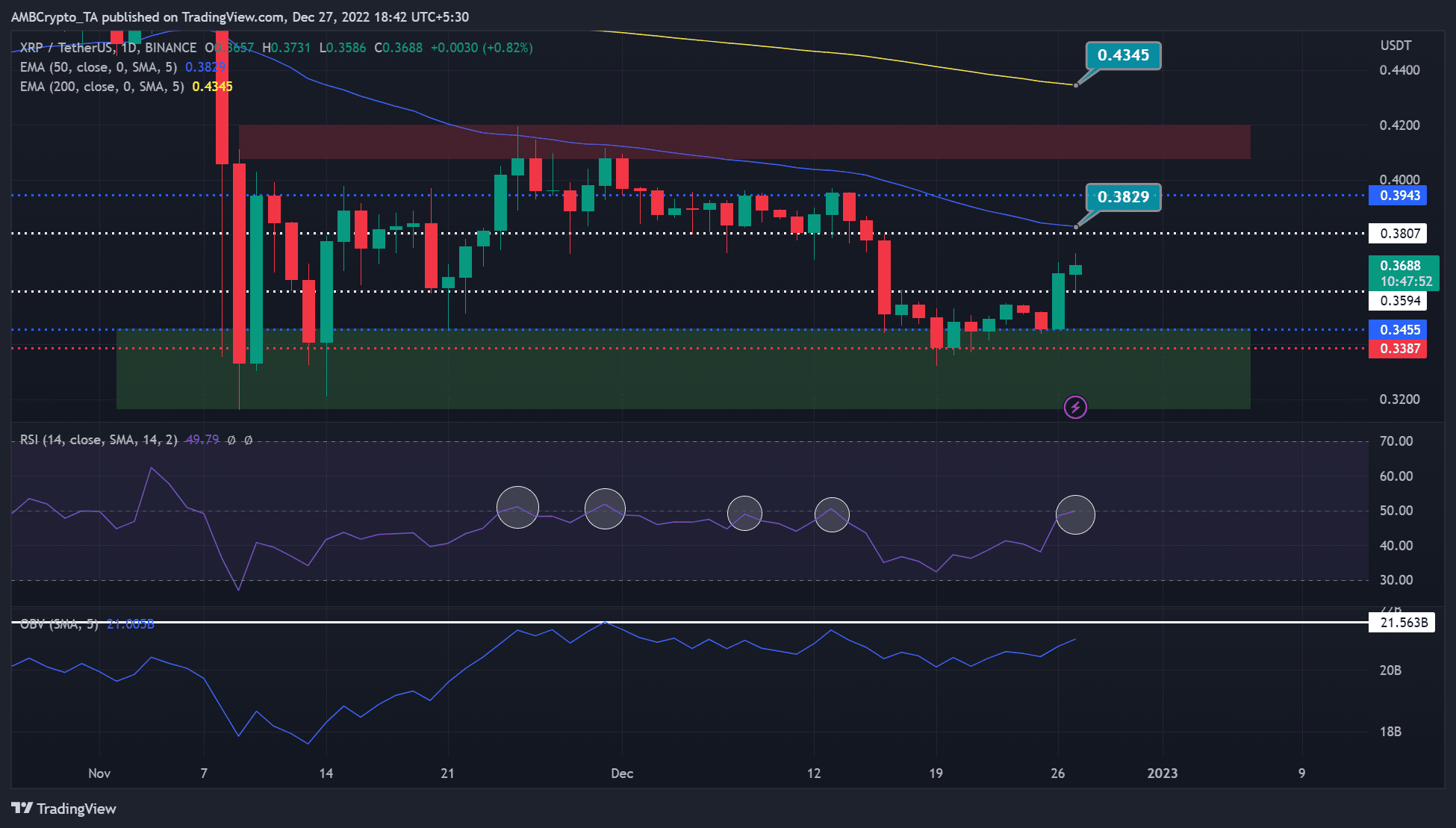 XRP traded within a range since mid-November on the daily charts. At press time, the recent rally was strong enough to smash the first barrier at $0.3594.

In particular, the Relative Strength had climbed from the oversold area and almost retesting the 50-midpoint mark. It shows a strong buying pressure ensued, allowing XRP to move up from the lower boundary of the range.

The On Balance Volume also made recent new highs, indicating daily trading volumes increased, boosting the rally. A sustained momentum could see XRP target or smash the next barrier at $0.3807 (previous support) or the 50-period EMA of $0.3829.

But historical RSI trends could complicate matters. Notable RSI has faced rejections four times on the midpoint level of 50. Each rejection led to a price pullback, and a repeat of the same could see XRP drop to the previous support of $0.3594 or the current one at $0.3455.

Such a downward move would invalidate the above bullish forecast. Therefore, investors should only make entry positions for long trades if RSI flips the midpoint into support.

Open Interest refers to an asset’s number of open positions (both long and short). Put differently, it denotes the demand in the derivatives market and, to an extent, the sentiment around the asset.

In this case, XRP saw a sharp increase in open interest rates based on Coinglass data. In the Binance exchange, the volume of open positions increased from about $130M on 22 December to around $180M on 27 December.

Other exchanges also registered a modest increase in open interest rates for XRP in the same period.

This indicates an increase in demand for XRP in the derivatives market. It also shows that investors were bullish on the asset. Could the improved sentiment and demand push XRP to clear its immediate hurdles? Only time can answer.

Lido Finance: What’s on the cards for LDO after this long-term investor calls it quits