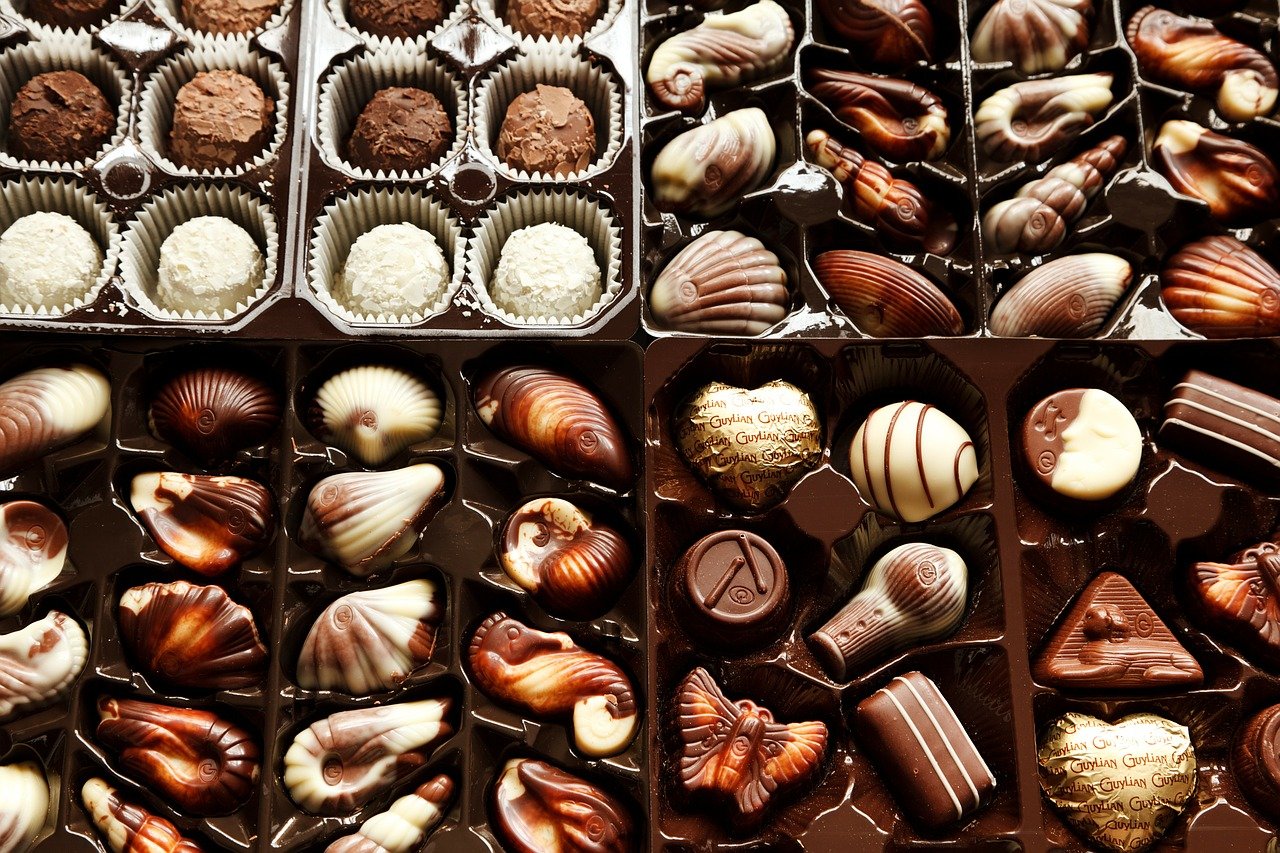 Grayscale Investments’ assets under management (AUM) are now worth $19 billion in crypto according to founder Barry Silbert. CEO of Digital Currency Group took to Twitter to announce that as of 29 December, Grayscale’s AUM has tripled from 1 November, when it had $7.6 billion in assets under management. The firm has also seen significant growth in just two weeks. On 15 December, Silbert revealed that Grayscale’s AUM was $13.0 billion at the time.

Ki Young Ju of CryptoQuant found that 16% of the bitcoin realized market cap is now owned by institutional investors and referred to Grayscale’s AUM in a tweet today that said:

16% of the $BTC realized market cap is now owned by institutional investors.

Previously, Grayscale’s third-quarter investment report showed that with regard to its entities, such as BTC trust, 80% of investments came from institutional investors, which were dominated by hedge. The firm’s Bitcoin Trust’s AUM was Grayscale’s fastest-growing investment product as of 14 October. The average weekly investment in Grayscale Bitcoin Trust was $39.5 million, and the trust experienced $719.3 million in 3Q20 inflows, or 1,500% increase.

Demand for other Grayscale products such as its Bitcoin Cash Trust also grew significantly in the third quarter, with inflows increasing by more than 1400% quarter-over-quarter.

However, Grayscale has come under criticism from influencers. Euro Pacific Capital CEO Peter Schiff even accused the asset manager of “pumping” bitcoin to investors through its paid for commercials on CNBC. He claimed that Grayscale was fueling the bitcoin bubble: 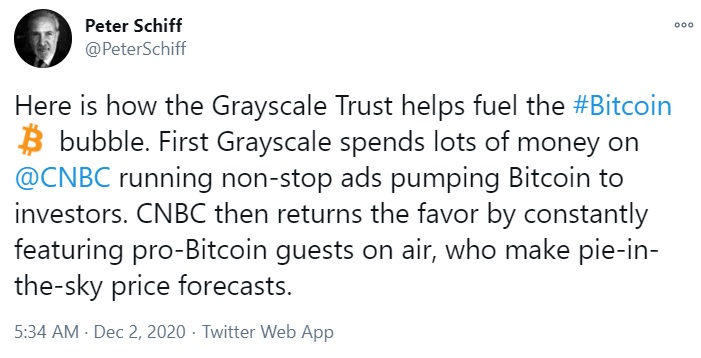 Schiff also alleged that as long as Bitcoin’s prices were rising, Grayscale would be “the biggest Bitcoin buyer.”

However, there have been several other firms that have invested in the popular crypto. MicroStrategy, a publicly-traded firm revealed over $1B in total bitcoin purchases made in 2020.

Related Topics:Barry SilbertBitcointreausuriesBTCGrayscale Investments
Up Next