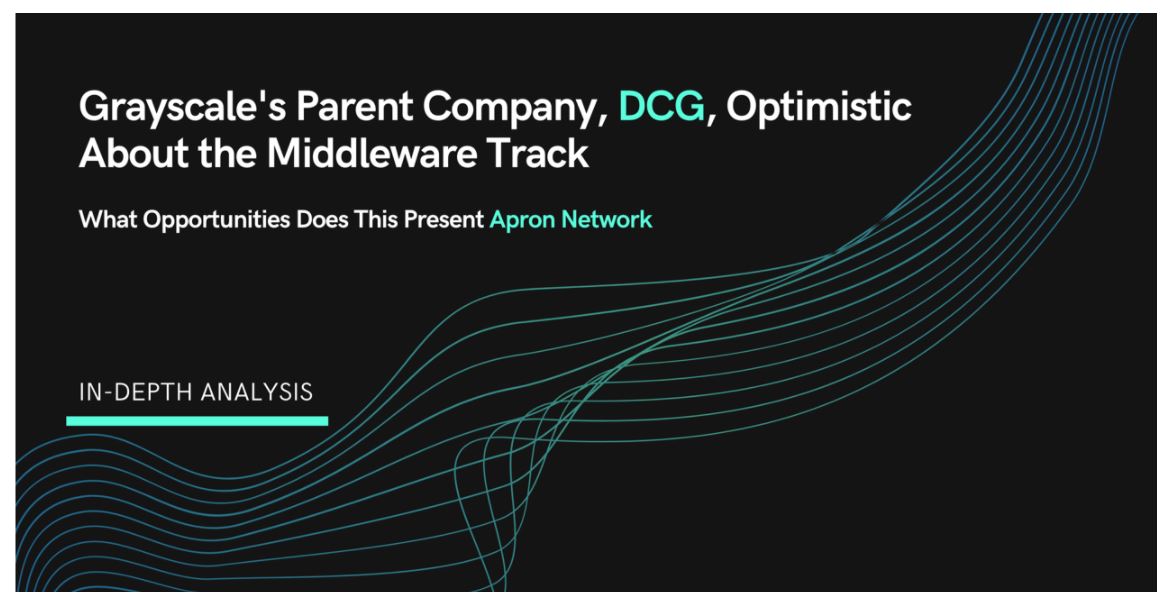 Since the second half of 2020, many major countries have gradually begun to accept digital currencies in a more pervasive manner. With greater regulatory clearance set around the industry, regulators within the United States and South Korea have allowed their native banks to provide custody and transaction services for cryptocurrencies such as Bitcoin.

The adoption of crypto-friendly policies has also brought in traditional capital outside the distributed ledger tech circle, getting more investors and speculators involved. We have also seen the volume of digital assets managed by Grayscale Investments, the largest cryptocurrency fund worldwide, increase by over a dozen times in 2020 alone, spurring many traditional firms and investors to follow suit and get involved with Bitcoin and Ethereum.

After a brief familiarization phase with the maturing cryptocurrency market, capital once again set its sights on the red hot DeFi market, beginning to set up funds dedicated to investing in DeFi. However, for several months, DeFi has been trendy, and now many DeFi competitors are entering the game. In a constantly evolving market, visionary investors are already calmly searching for the next cryptocurrency-based topic to capitalize on.

Grayscale’s parent company, DCG (Digital Currency Group), is one of these visionary backers. In addition to creating Grayscale Investments, it has also invested in many well-known teams and projects within the cryptocurrency field, such as CoinDesk, Kraken, Coinbase, CoinList, and many other household names.

Recently, DCG disclosed their thirteen investments in 2020, of which seven, over 50 percent, were all middleware projects. The reason is that the DeFi ecosystem will continue to explode in 2020, with nearly 3,000 DeFi projects already in operation. The vigorous development of DeFi has also allowed middleware projects to achieve rapid growth.

So, Why are many investors optimistic about middleware?

1.Necessity: DeFi is inseparable from middleware – In the blockchain,

Unlike DApps that can run independently, DeFi, as decentralized finance, is always dependent on fluctuating currency prices. For example, the well-known lending project Compound or Synthetix, a giant synthetic asset derivatives platform, needs to know the collateral price in real-time to serve users, or the collateral will be liquidated when the price drops.

However, their own application cannot directly understand the collateral price, which requires the oracle as a middleware to provide data quotation (price feed) services.

Therefore, most DeFi projects cannot leave out middleware functionality and exist alone. It is precise because of such a robust binding relationship that DeFi is continuing to rise in popularity, igniting middleware projects.

2.Scale effect: The Effect of iron-middleware and the streamlined application of wealth-generating DeFi projects has attracted many developers, and new DeFi projects have emerged one after another. This phenomenon is very similar to the gold rush in the western United States.

Since there are many gold diggers, some intelligent people try to create services to assist these gold diggers. Over time, these small businesses have made massive deals, such as becoming a pickax store serving gold prospectors. Similarly, when there are so many emerging DeFi projects, middleware projects that provide functions and services for these DeFi projects have also emerged.

When a middleware project provides services for dozens, hundreds, or even more DeFi projects, it transforms itself into crucial infrastructure. The well-known oracle project Chainlink has reached a cooperative relationship with many DeFi projects and gradually formed a scale effect, quickly occupying the leading position of the oracle.

However, just like the gold prospectors in the American gold rush, not everyone can find gold. There are so many DeFi applications, meaning many are likely to fail, but the middleware projects that serve these DeFi ecosystems will become stronger alongside adoption.

Many DeFi projects have fallen to the wayside, but the middleware use case is still strong, so some people describe it as an iron-hard middleware, a streamlined application.

Many people may not have any perception of middleware, or they may have questions about why middleware is so essential, but the main reason why it is difficult to understand is that the object of middleware services is often the B-side. This means it is almost solely handled by and for the developers, but that does not mean it is any less critical.

Various apps we use often use technologies such as Alibaba Cloud or Amazon Cloud (AWS). Besides providing cloud computing services, cloud storage, and other infrastructure, these technical service providers also offer developers numerous intermediates. This software service allows developers to use mature functions directly without having to reinvent the wheel.

This is like a DeFi developer who does not need to operate an oracle by themselves but can directly cooperate with the oracle project entity and take advantage of the price feed function provided by the other party.

In the traditional field, some middleware giants such as Nantian Information and Dongfangtong have been successfully listed. Therefore, the logic that has already shown itself will reappear in the cryptocurrency field. Many giant projects in middleware will be a monumental treasure that is not yet known to many.

Looking at the valuation of Apron from the current development of well-known middleware projects.

When we talk about valuation, most people may be more concerned about a project’s current value, because the input of value has the probability of getting the correct price. Currently, it does not make sense to define Apron Network‘s valuation in this way.

Going back to our common valuation logic, we can adopt an “analogous” approach, that is, the “relative valuation method” that the stock market uses to approach its valuations. Here, we will abandon some traditions, such as the price-earnings ratio and the index of price-to-book ratio, to make a better comparison.

First of all, we need to briefly look at the “enterprises” that Apron can currently compare to. As a middleware project, we have to mention the current leading project, the middleware project Chainlink, in the oracle sector. Alongside The Graph, an app that queries data provisions, these two industry leaders act as a standard reference.

Still, on the one hand, it also benefits from the popularity of DeFi applications. It is also the consolidation of the market’s leading position. After all, it is the first decentralized oracle solution to realize mainnet launch, giving it a clear first-mover advantage.

As a platform provider connecting all oracles, Apron is currently a star project in the Polkadot economy. We estimate that it has a high probability of gaining a significant market share. The share of this sector of oracle provision will be reflected on the market value of Apron; that is to say, its market value cap space in the oracle sector is up to 20 billion?

Of course, in terms of market share, Apron’s network may be able to obtain 50% of the total market value of the $20 billion markets, which is already very high, meaning that its maximum valuation ceiling in the oracle sector is $5 billion (with a possible higher estimation in the future). However, the oracle is only part of the middleware business, but not all.

2.Analogy with The Graph

Therefore, we focused our attention on another crucial representative project of middleware, which is the decentralized protocol, The Graph. The Graph focuses on retrieval and query of blockchain data, and it is mentioned in the introduction of Apron. In the direction of data retrieval, we have already cooperated with many projects.

As an up-and-coming star project some time ago, The Graph can be described as the continuation of Zhongxing Pengyue. Even if the market value rises or falls, it is currently maintained at $2.5 billion, ranking 46th in the global cryptocurrency market.

Judging from the current public data, The Graph mainly provides API data interfaces for some public chain projects such as Ethereum and IPFS, which are similar to the functions provided by Apron.

The difference is that the public chains that Apron can currently serve also include well-known public chains such as Ethereum, Kusama, Polkadot, BSC, Filecoin, Helium, and Heco, as well as services that can touch various public chain nodes and oracles. Our market coverage is significantly higher than The Graphs. From this perspective, Apron’s market valuation logic should be higher than the current $2.5 billion.

Of course, Apron is still in a relatively early stage, and there is still a particular gap compared with The Graph, but once the market expands, we should not underestimate its growth potential.

3.How much can Apron be valued?

If you have a deep understanding of Apron, you probably know that it is not only limited to a particular middleware link but any platform that needs middleware services, generating a larger target market. Therefore, taking Didi Dache to AutoNavi Maps, traditional media to Toutiao, and a single store to Taobao as a metaphor, we should use the platform’s logic to evaluate Apron on the premise of horizontal comparison. The platform will eventually intercept Hu, the entirety of the traffic from a single application, and become all entrances.

Therefore, there is a simple and crude formula: Apron Network = Chainlink + The Graph + other middleware projects.

If only from this formula, the functionality of Apron is indeed the valuation primer, but it seems that we cannot simply add the market value; otherwise, we will be ridiculed as proposing a “primary school algorithm”.

First of all, let us look at the current valuation of Apron. According to the data disclosed by Huobi, the market value of Apron is about $2 million, and the total market value is $20 million. We feel this is underestimated with handfuls of projects valued at several hundred million with a simple whitepaper and website.

If we benchmark the current valuation of The Graph, even if it is discounted by 50%, the valuation should be around US$1 billion. The unit price of Apron should be around $10 (the total amount is 1 billion, and the circulation is based on a 10% estimate, actual 9.35%). If compared with the SiMu price of 0.02U, it sounds a bit exaggerated, but you must know that the price of 0.02U is not the reference price of Apron.

Although market value is not the best valuation method, it is more reasonable to face the “Hu Blow Hai shouting” method seen in the encryption circle.

Whether we can become or even surpass these predecessors, taking us closer to our valuation model, we need to work hard and continue grinding towards the development and mainstream usage of the Apron Network. For now, these valuation numbers are used as a reference.

Here’s what to expect from Chainlink and Litecoin