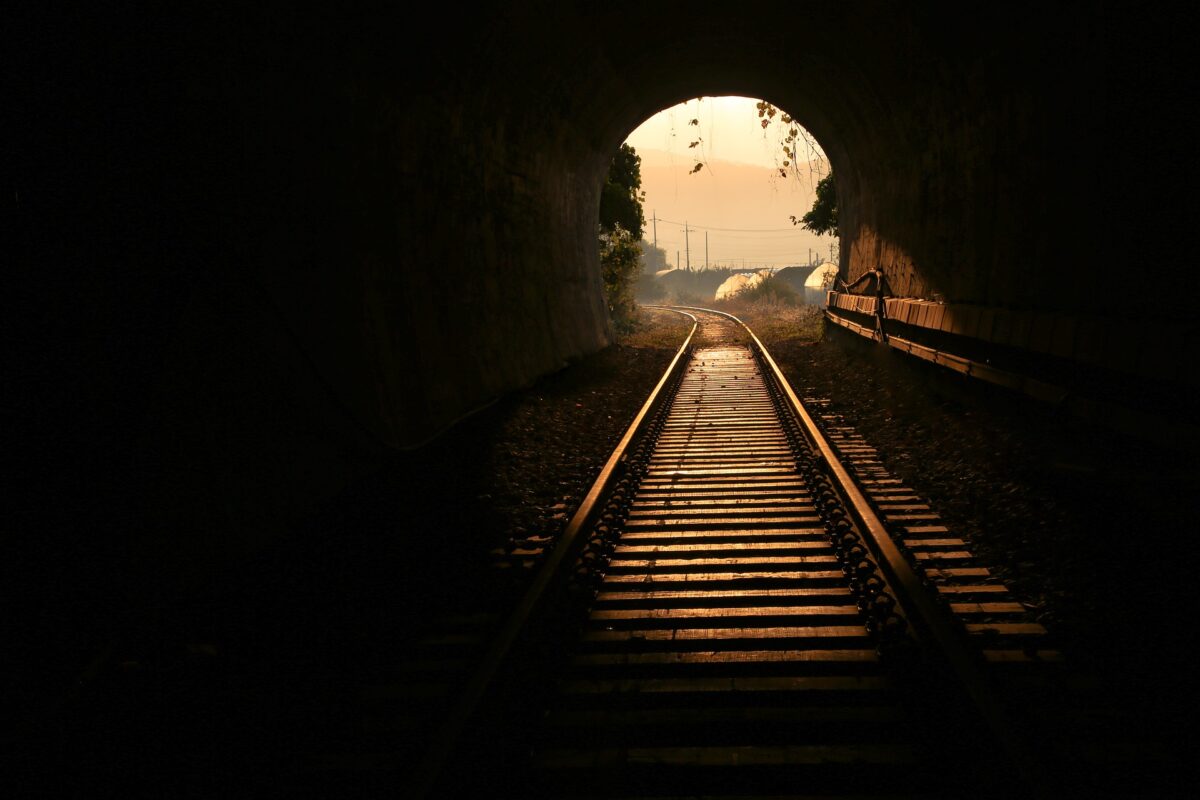 Once the third-ranked crypto by market cap, Cardano had given its HODLers and the larger market hopes of hitting $5 by the end of 2022. In fact, ADA’s  >150% price rally from July-end to September, when the alt touched an ATH of $3.1, made the price target of $5 by December look rather achievable.

At the time of writing, however, the altcoin was down almost 60% from its ATH.

Ahead of the launch of Cardano’s first decentralized exchange, SundaeSwap, social volumes for the coin reached all-time high levels. In fact, on 6 December, a day after Cardano’s over 10% price fall amid larger market sell-offs, the network touched an “incredible milestone” as the number of wallets staking ADA crossed the 1 million mark. In fact, it recorded an almost 1000% growth in less than a month.

On the contrary, ADA seemed to be trading close to the long-term lower support at $1.25 and the larger price trend was extremely bearish. While prominent upgrades, as well as launches leading to high social volumes, have corresponded with price rallies for Cardano in the past, the same wasn’t seen this time.

What is different this time?

Despite the social anticipation and high positive social sentiment, ADA’s price was oscillating around $1.30 at press time. It noted 5.73% daily and 17.78% weekly losses.

In fact, the alt’s short-term and mid-short term ROI had negative values as ADA’s three-month ROI v. USD stood at -49.73%. One of the possible reasons behind this three-month bearish spell could be the alt’s low positive correlation to Bitcoin. 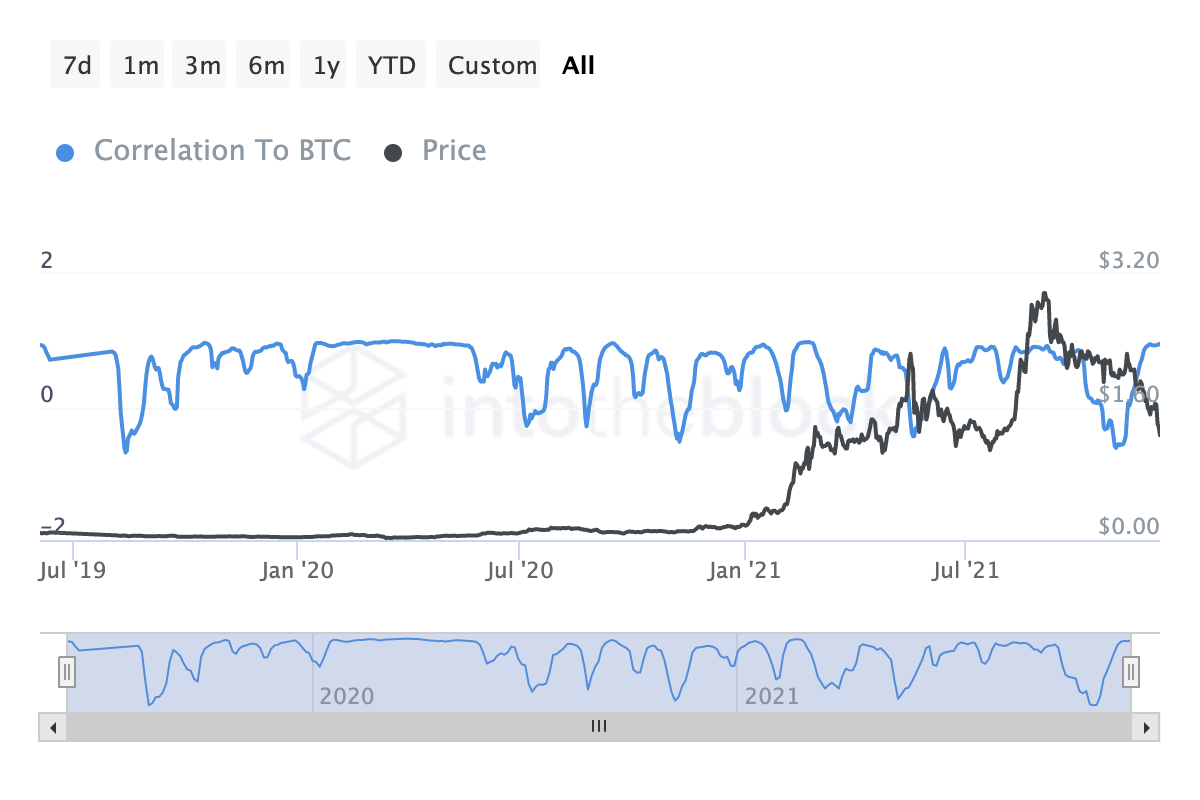 As can be seen from the chart attached herein, Cardano rallies have happened alongside high positive correlation with Bitcoin. When ADA hit an ATH in September, the correlation to BTC was around 0.9. But, the indicator has been on a downward trend since, falling to an all-time low on 4 November.

While the correlation picked up soon enough, price recovery wasn’t seen. However, with ADA testing the lower support, a rebound from the same alongside high correlation could push the asset up.

Notably, active addresses and new addresses touched all-time low levels, indicating lowered network participation and activity. Nonetheless, the values still seemed to hold levels higher than those seen for most of the year – A good sign. 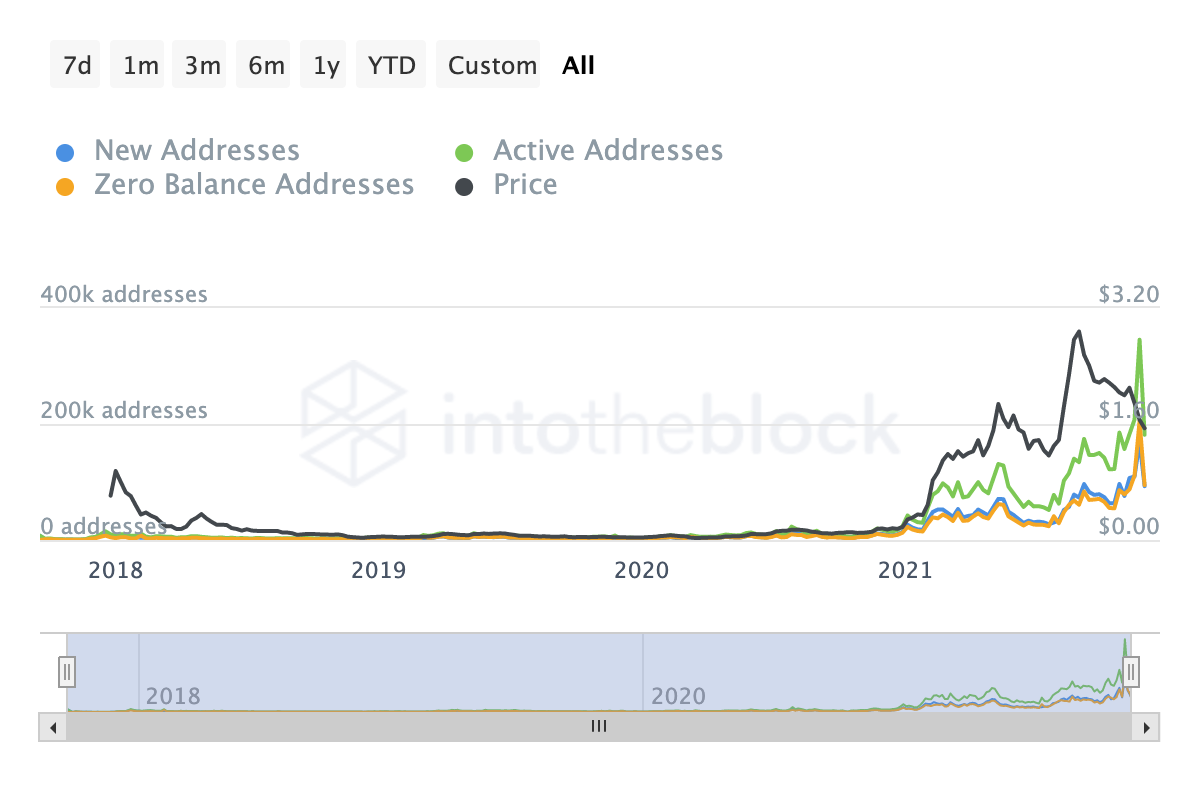 At this point, low large transaction volumes and low trade volumes for the sixth-ranked coin are indicative of the lack of retail interest and institutional interest.

Here, it’s worth noting that retail volumes dominate ADA ownership statistics and since the same has been missing, ADA could be partly struggling due to the same. 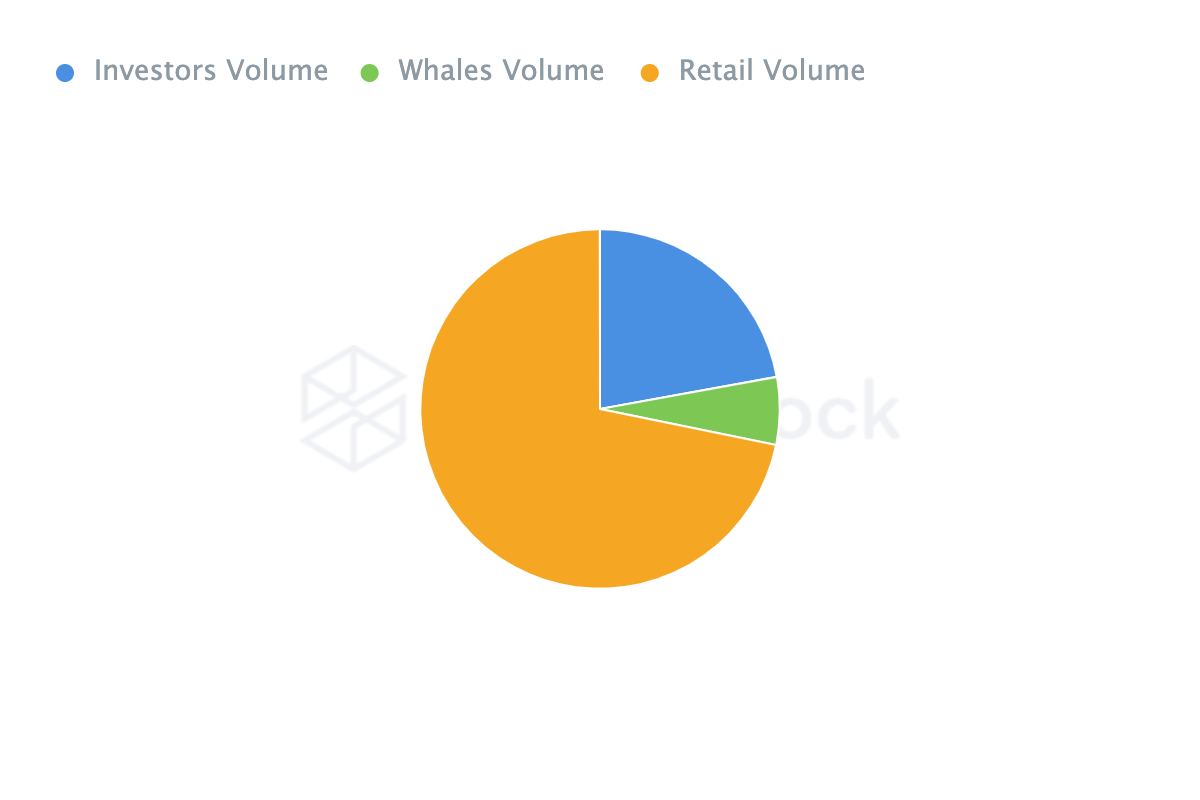 A push from the retail side could be key to a rally in the near term. With ADA testing the crucial long-term support, a bounce from the $1.25-level would be a good buy signal in the short term.

At the time of writing, since ADA’s metrics looked overheated, a bounce can be expected in the short term.

However, a fall under the $1.25-level could lead to further losses and the $1-level might act as the next support.

Advisors keep Bitcoin in their portfolio despite steep corrections

Bitcoin futures ETF has under-performed spot prices since 2018, is it still viable?