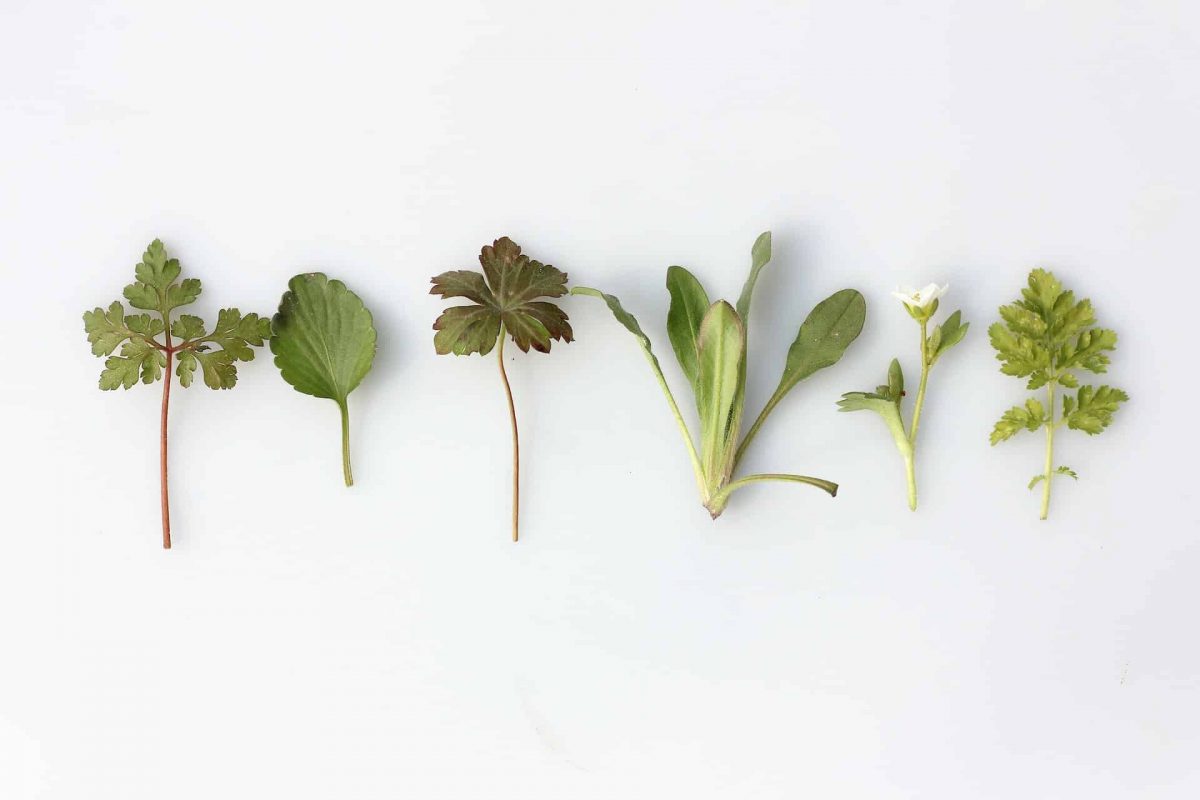 Ending 2022 in a heart-rending state might not have been the best for Solana [SOL] but a superstar start to the new year might have filled in for the backtrack. This was because SOL surged by 18.08% in the last 24 hours.

Although certain corners called it quits with the blockchain recently, the rise in value could mean a lifeline for the cryptocurrency holders.

According to CoinMarketCap, SOL wasn’t the only one involved in an increase. Its 24-hour trading volume followed suit, recording a 274.74% rise. This implied a substantial increase in transactions using the Solana network.

The increased participation was further proven by Step Data Insights. Based on data from the portfolio dashboard platform, Solana increased per active addresses. Polygon [MATIC], Ethereum [ETH], and Cardano [ADA] also jumped on the same bandwagon.

On January 1st of 2023, Solana saw an increase of active addresses while Ethereum, Polygon, Cardano and other blockchains experienced a slowdown.

This move is related to the recent move in $SOL, the Bonk craze and the NFT boom. pic.twitter.com/jwDf651M80

How long before the drawback?

Before the resurgence above $11, SOL traded as low as $8 on 29 December 2022. However, Ethereum’s co-founder, Vitalik Buterin, encouraged the community to give Solana a chance.

Still, the blockchain sustained having the highest number of transactions. The price rise might mean SOL is down and out but how long can it sustain the greens?

Details from the daily chart showed that SOL had improved per its Relative Strength Index (RSI). At press time, the RSI had deserted its previous hold in the oversold region. Rising to 48.49, it indicated that SOL had built up an impressive buying momentum.

Nevertheless, there was a chance that the SOL uptick might end in dismay, according to the signs from the Exponential Moving Average (EMA). At press time, the 20 EMA (blue)  was below the 50 EMA (green). This trend favored the bears. Hence, SOL might not hold on for long before a drawback. 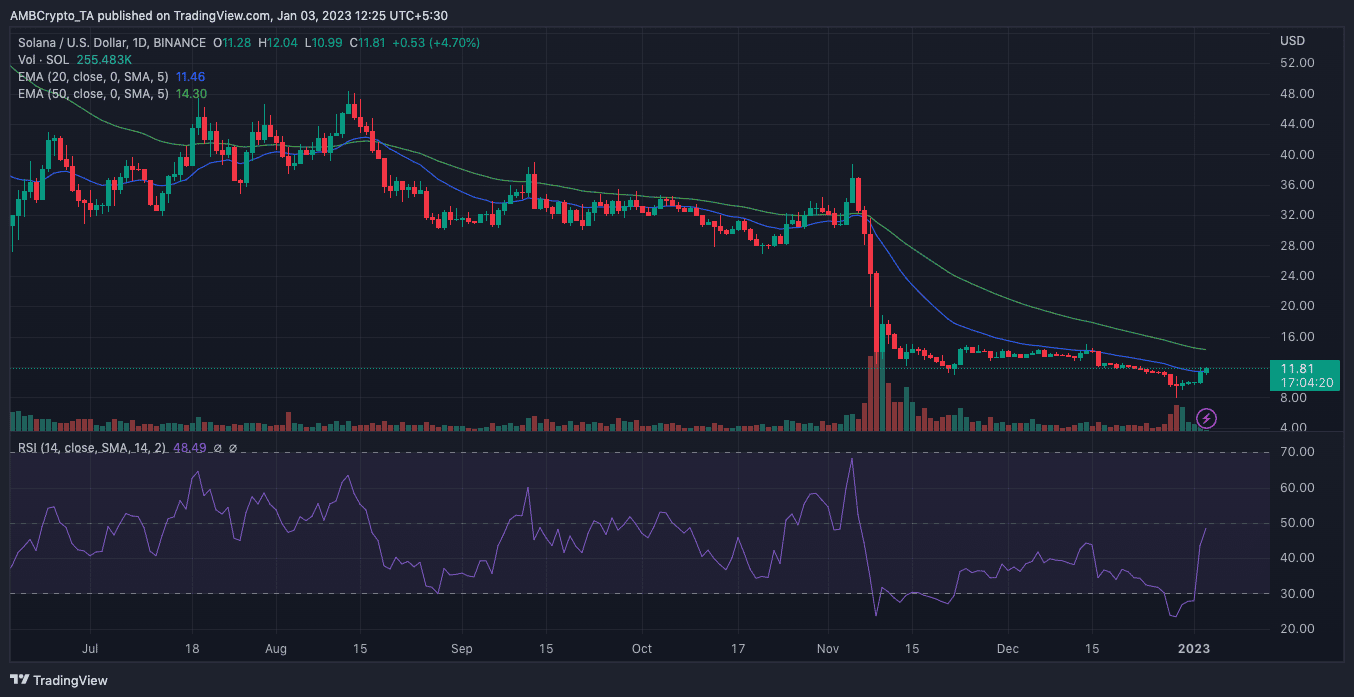 The deal is to get back up

Despite the challenges faced, a couple of projects still opted to host their wallets on the Solana blockchain. For Nick Garfield, founder of Clockwork, a smart contracts automation engine, Solana wallets were still far ahead of others. He tweeted,

“Solana wallets are already 10x better than anywhere else, and the teams are innovating significantly faster.”

However, on-chain data showed that Solana’s market cap could still find it hard to surpass those that have overtaken it. At the time of writing, Santiment data showed that the market cap was $4.35 billion, an increase from the fall on the last day of 2022.

On other fronts, SOL’s social dominance boosted to 4.496%. An explanation of this metric pointed towards increased discussion around the asset.

Meanwhile, comments from the Solana community revealed that it was not ready to give up irrespective of the difficulties. Famous Solana faithful believe that 2023 would be a great year for the troubled blockchain.

Feels like 2023 is going to be an absolute banger

Solana community has been forged in the flames of max pain

Litecoin surges in percentage of monthly users in a year: Can LTC rally?