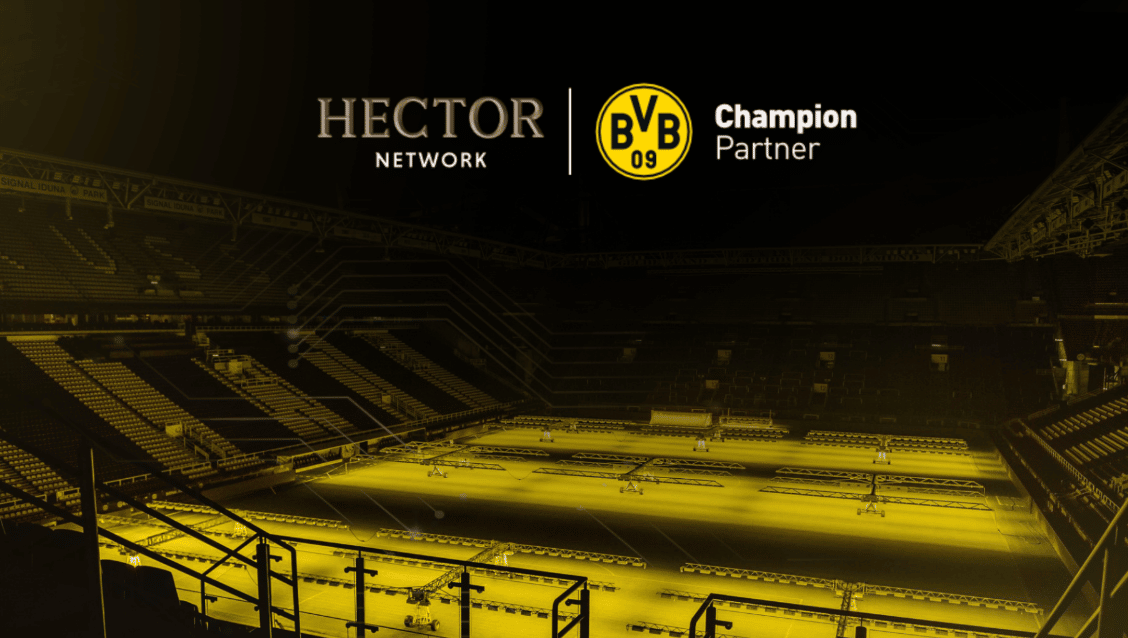 Hector Network’s recent announcement that they are a champion partner of BVB, one of the most iconic and loved Bundesliga teams in Germany, is a massive achievement for the company. Borussia Dortmund is one of the most traditional and popular German football clubs. Founded in 1909, BVB boasts more than 10 million fans within Germany and, in addition, also looks to a rapidly growing fan base worldwide. The eight-time German champions and five-time DFB-Pokal winner was in 1966 the first German club to win a European Cup competition.

BVB also became the first Bundesliga club to win the UEFA Champions League in 1997, followed by the Intercontinental Cup in the same year. With a turnover of over 400 million Euro, Borussia Dortmund nowadays is also one of the economically strongest football clubs in the world. Borussia Dortmund is an incredibly desirable partner with well-established stars playing every game, an enthusiastic fan base, and an internationally recognized brand!

For Hector Network, the importance of this deal cannot be overstated. Live televised games, massive social media presence, and unparalleled visibility mean the partnership with BVB will catapult Hector Network beyond the crypto-community into mainstream recognition. The association also promises to open up a world of business growth opportunities for the company, broadening its networking sphere and giving them access to high-profile industry events.

The team has already begun making connections, which will continue as the season progresses. Members of the Hector Network team recently had the privilege of touring the incredible stadium and meeting face to face with members of the BVB marketing team to finalize the partnership details. The experience of walking through the hallowed stadium was a true honor, and engaging with their BVB counterparts in person has inspired the Hector Network team, more than ever, to make the most of this exceptional opportunity.

Hector Network will be bringing the BVB experience to their community as well! There will be ticket giveaways for every regular match this season, home game and away. Additionally, tons of giveaways for fans and community members for whom travel would be tricky, including merchandise, special events, unique personalized experiences, and so much more. Later in the season, there will also be some substantial grand prizes to be won!

In the meantime, the Hector Network team is busy ensuring that every aspect of this partnership is maximized to its fullest potential. They will be focused heavily on community engagement and exposure. Hector Network is incredibly proud to join the BVB family, and they can’t wait to start interacting with the football team’s exceptionally dedicated fanbase.

To find out more about Hector Network, visit the official website: https://hector.network/

Algorand [ALGO]: Assessing if investors should expect better in August