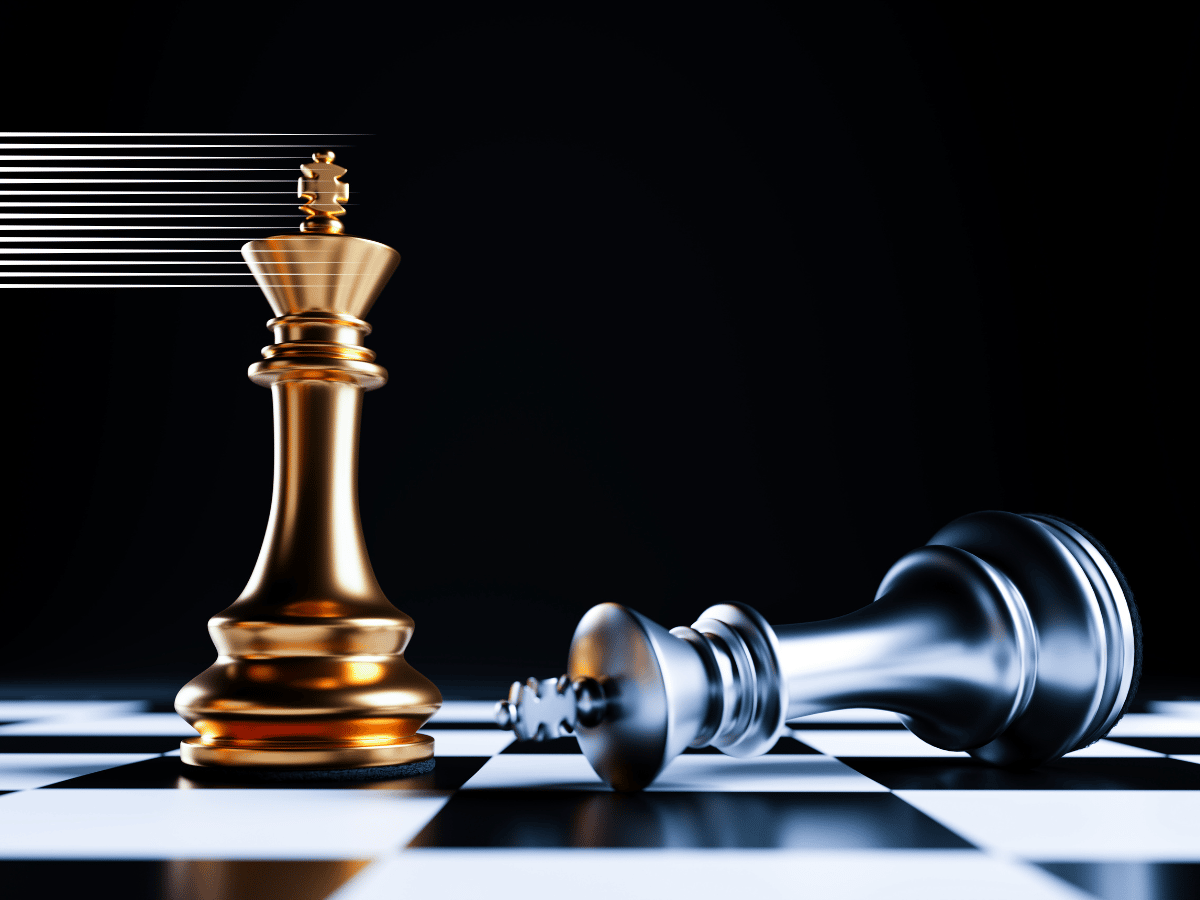 Hedera [HBAR] was subject to a 8% price rise from $0.055 to $0.608 in the past week, thanks to a social push from its community. According to LunarCrush, HBAR had over 200 million social engagements, with 44,346 mentions and 418 active contributors.

HederaHashgraph's community was very socially active this week as $HBAR bounced off its bear market lows. $HBAR price is +8% from its prior lows 📈

Prior to this milestone, HBAR had continued on a downward trend since 27 September, up until 2 October. For LunarCrush, this may have signaled the end of its short-term bearish sentiment. However, other metrics of the enterprise-grade public network didn’t share the same opinions.

Still here to “bear” the consequences

According to Santiment, HBAR’s development activity which was impressive on 5 October had decreased from 47.43 to 35.45 at press time. This decline revealed that developments pertaining to the Hedera network had slowed down. Due to this, it was likely that conversations around a short-term recovery were not a concrete take.

Additionally, there was a surge in its volume as of 8 October. The increase sent the volume up the charts to $55.82 million. However, a 51.67% decrease in the last 24 hours to $27.10 million was not something to shrug off.

The implications of this was that HBAR buyers who accumulated earlier were now selling off, while a few might have been holding on to their recent buys. Hence, it was likely that the sell-offs were responsible for the price reversal to $0.059.

Per NFT performance, HBAR’s last hike to millions in trades was on 1 October. As of then, the total NFT trades volume was $1.96 million. Since hitting that point, HBAR NFT activities had preferred the lower parts of the trend. At press time, the total NFT volume stood at $91,800.

During the decline to this level, Hedera had secured partnership with fund management giant, Abrdn. Based on the details, Abrdn was adopting Hedera’s hashgraph technology to foster investment tokenization. On the whales front, HBAR was looking like a cryptocurrency that wasn’t being held on to.

This was revealed by Santiment as the total whale supply percentage fell to 42.07, declining from 42.58 recorded on the first day of the month.

Interestingly, there seems to be some contradictory indications on the charts, with most showing that HBAR may not fall to the bears. For the Bollinger Bands (BB), HBAR had left the low zones on 7 October and was now showing extreme volatility. As such, there was a potential for the price to go parabolic.

Also, indications from the Awesome Oscillator (AO) showed a sustenance of the bullish momentum, considering the Simple Moving Average (SMA) was above the histogram. However, at 0.001434, the AO could also lead HBAR down the charts. 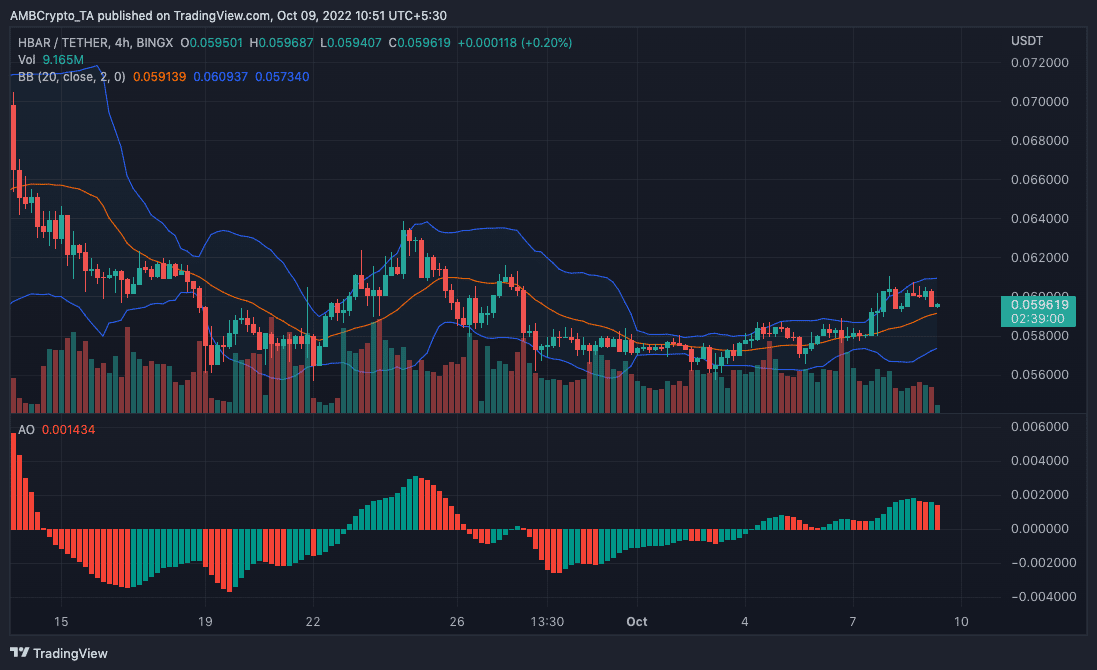 Ripple: What a rise in transaction count can do for a recovering XRP