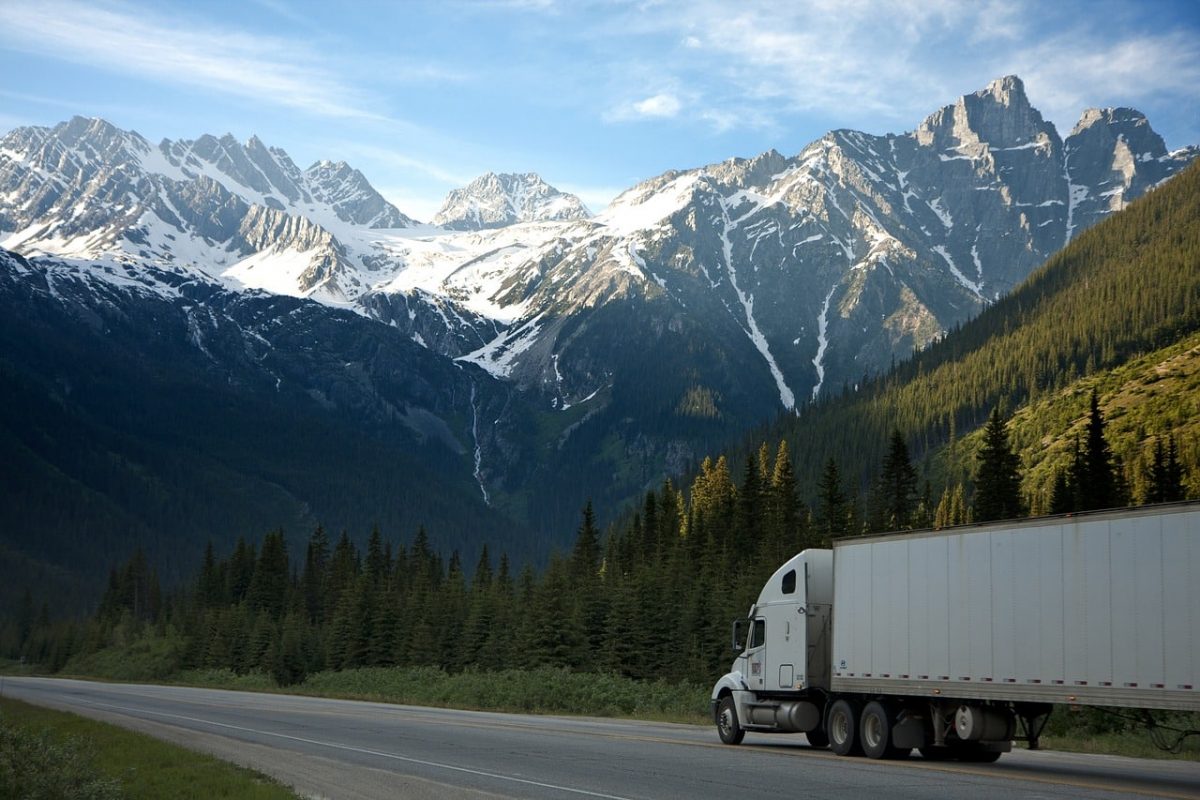 Ethereum [ETH] broke above a nearly month-long range that it has traded within. A pullback could offer a buying opportunity targeting $1600. Santiment’s data revealed a considerable spike in whale transaction volume a few days ago, and the bounce in prices continued at press time.

The AI believes $2000 can be breached, but traders can’t be so sure. Trade volume has gone lower in recent weeks and that could point towards the higher timeframe downtrend coming to a halt. An accumulation that lasted nearly a month was just broken and bullish euphoria seized the market.

Can this sentiment last in the coming months? 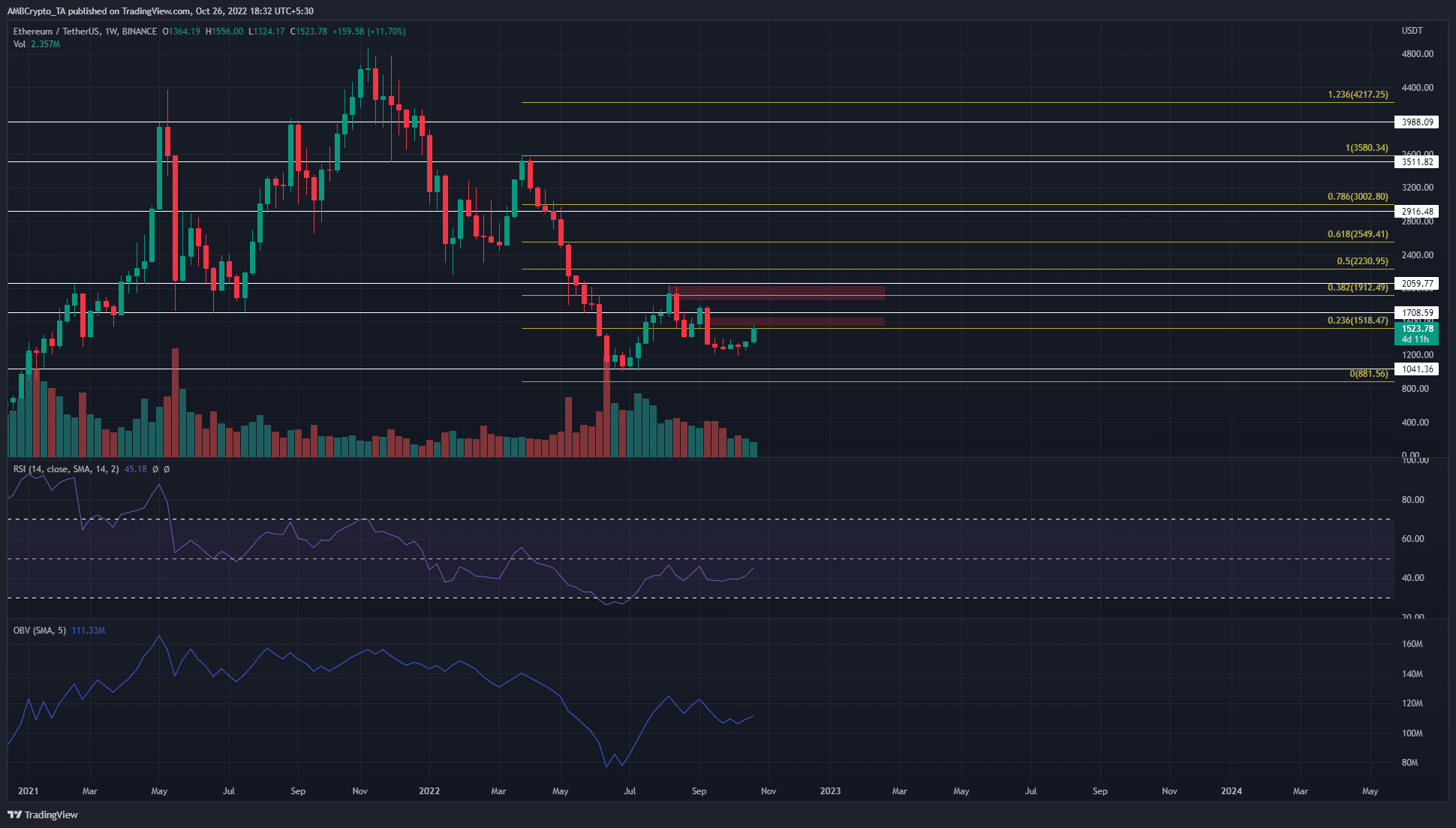 On the higher timeframes such as weekly, the market structure continued to remain bearish. Even though the daily structure was strongly bullish, there were many significant resistance zones left for the bulls to break past.

For lower timeframe traders, a revisit to the $1400-mark can offer a buying opportunity targeting $1600. At $1600 lay a bearish order block (daily), with another around the $2000-zone. Both were marked in red, and had some confluence with the horizontal levels of significance plotted on the charts.

The RSI on the weekly timeframe had a reading of 45 and has not dropped below 40 since late July. This suggested that momentum in recent months has not been extremely bearish. And yet, it did not indicate that bullish momentum had arrived either. The OBV also formed a series of lower highs since July to reflect the fact that buying pressure has weakened since that rally.

At the time of writing, the rally looked likely to extend to $1600. It could break past the $1600-mark and form yet another range within which to accumulate. The reaction of Ethereum around the $1600-zone in the coming days could lend greater clarity to its next move. $1474 and $1410, in particular, are lower timeframe levels that the bulls would be eager to defend.

Santiment revealed that the 365-day MVRV ratio has recovered somewhat from its lows in June and July. The rise of this metric, combined with the recent month-long accumulation phase for Ethereum, suggested that the asset could be setting a pattern here.

In June and early July, a phase of accumulation was followed by an explosive rally to $2000. The past month saw this move’s pullback halt around $1260 and form a base from which it could spring higher. Since late August, the network growth metric has also steadily formed higher highs. While it is not a sure thing, the suggestion is a slowly rising rate of user adoption. In turn, this could spur demand in the future.