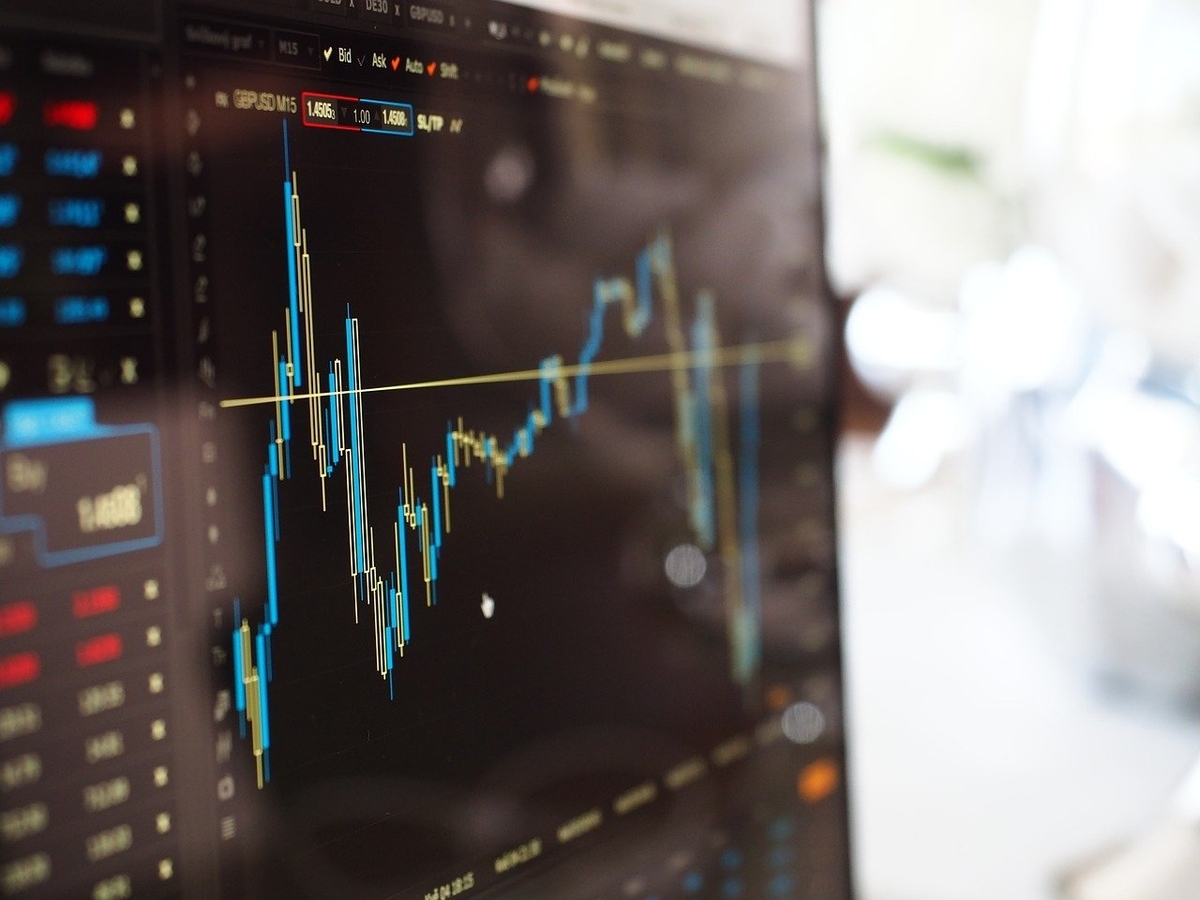 Ethereum’s price currently stands at an interesting juncture. The value of the market’s largest alt surged by 4.27% over the past week. When the alt’s price managed to breach above $3300 a couple of days back, the Ethereum community became quite ecstatic.

However, its 24-hour price dip by 4.28%, by and large, nullified the aforementioned appreciation. In fact, ETH was merely valued at $31683.34 at press time. The next few days are set to be even more dramatic. 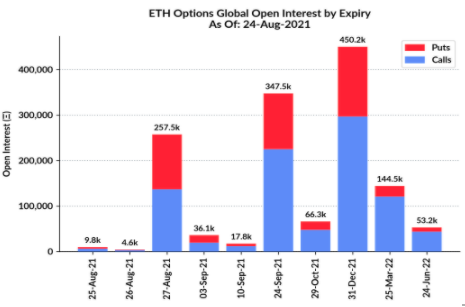 All the trading activity done in the options market usually has a direct impact on the underlying asset’s price. The Ethereum market is set to witness a massive options expiry involving 257.5k Ether tokens on the 27th of August. The Put-Call ratio seemed to be fairly leveled at the time of writing.

However, a closer look at the breakdown suggests that greater number of calls have been placed at the strike price of $3k and above. By and large, this is a bullish sign. However, it should also be noted that the number of put contracts dominate the region below $3k.

Hence, if Ethereum’s price dunks below the aforementioned level, right before the expiry on the 27th, the so-called bullish narrative might stand revoked. 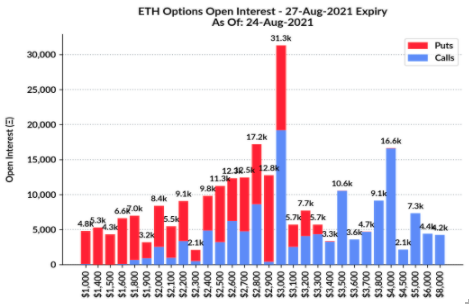 How things stand at the moment

Ethereum’s price candles on the 4-hour chart broke below their ascending channel on 17 August itself. However, during the 21-22 August period, it made several attempts to re-enter the channel, but the lower trendline acted like a strong resistance and prevented that from happening. Despite that, the alt’s price gradually managed to climb back and breached the $3.3k level on the 23rd. However, it couldn’t break past it.

The very same levels where ETH had been rejected recently [$3314, $3377], have now turned into strong resistances. Furthermore, at press time, the alt was trading relatively below its moving average [blue curve], highlighting the presence of a slightly bearish sentiment.

Additionally, at the time of writing, Glassnode’s data pointed out that the market was more favorable to short traders. Over the past day, long contracts worth $27 million, had been liquidated while the value for short contracts stood at merely $2.7 million.

Furthermore, the funding rate on exchanges like OKex stood in the negative [-0.001%] at press time, intensifying the bearish sentiment.

Nonetheless, it should be noted that the $3k region offers the alt a fair amount of support. Since the second week of August, ETH’s value has stumbled down only a couple of times on the 4-hour chart below the $2950 resistance level. Ergo, the odds of ETH’s price dropping below the same level in the next couple of days seem to be considerably slim when compared to the odds of its price sustaining the current level.

Thus, if ETH’s valuation revolves around $3k during the expiry period, one can expect the buying spree to set in. However, a failure to hold above the aforementioned level would trigger put owners to exercise their option of selling their respective ETH tokens.

Is it time for traders to worry about Bitcoin NOT climbing to $64,000