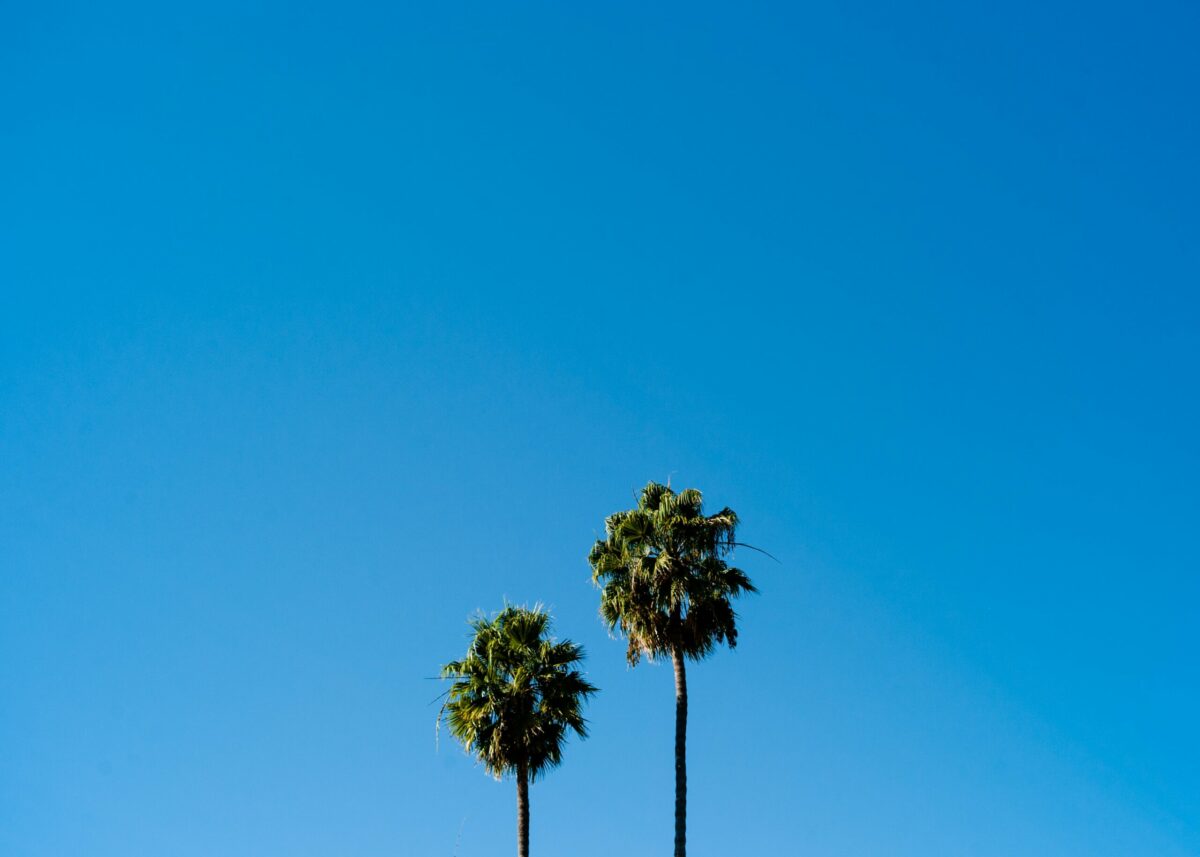 Over the past few days, the focus of the community analyzing the Bitcoin market has solely been on how or when BTC might reach $64,000. And yet, it has been difficult to estimate. Mostly due to the lack of continuity in BTC’s current bull rally.

The previous rally began in late November 2020 and later peaked in May 2021. The latest rally has gone on for all of 34 days. Hence, there isn’t a lot of available data on the same.

This article, therefore, will strictly look at the price structure from a short-term perspective. 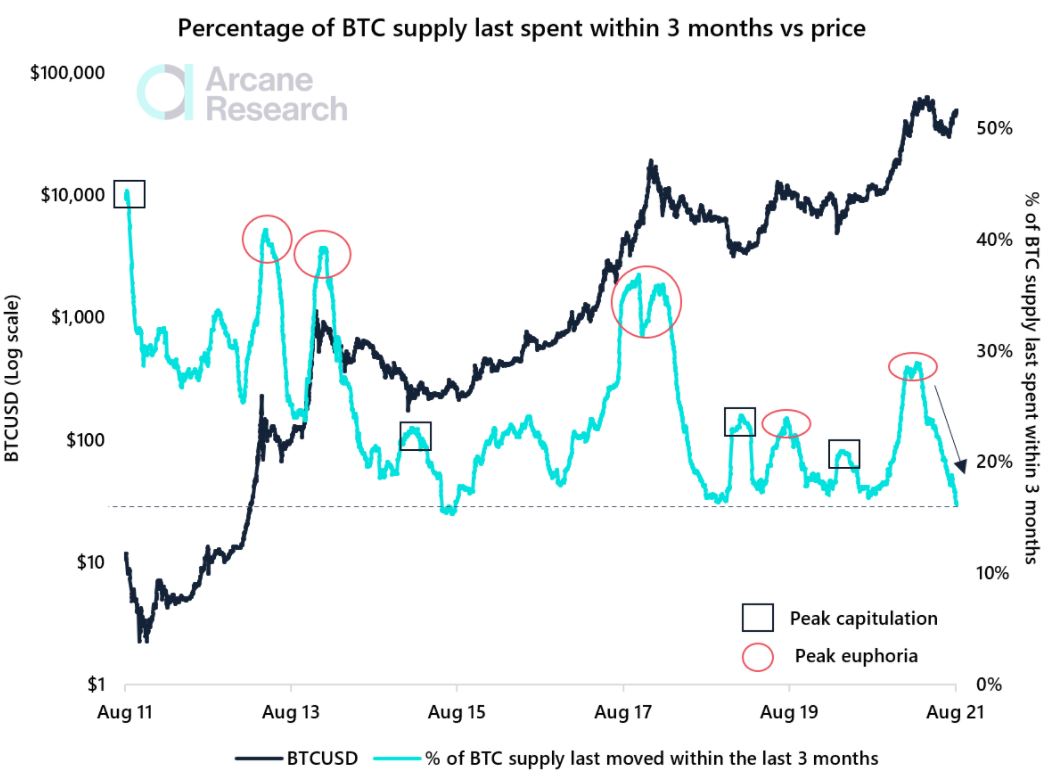 According to Arcane Research, reduced on-chain activity over the past few weeks has led to an interesting change. Bitcoin’s short-term supply (last moved 3 months ago) has hit a low last seen in August 2015, as illustrated by the attached chart.

Now, one particular thing is widely clear – On-chain activity has been low. Ergo, both a bullish and a bearish outlook can be inferred here.

First of all, lower on-chain activity might suggest that there is less selling sentiment from holders, something that has saturated over time. Secondly, a bearish outlook cannot be dismissed because the short-term supply tends to accelerate during both a bullish and bearish market. This also means that there can be immediate change as well.

Activity is low, but SOPR is neutral? 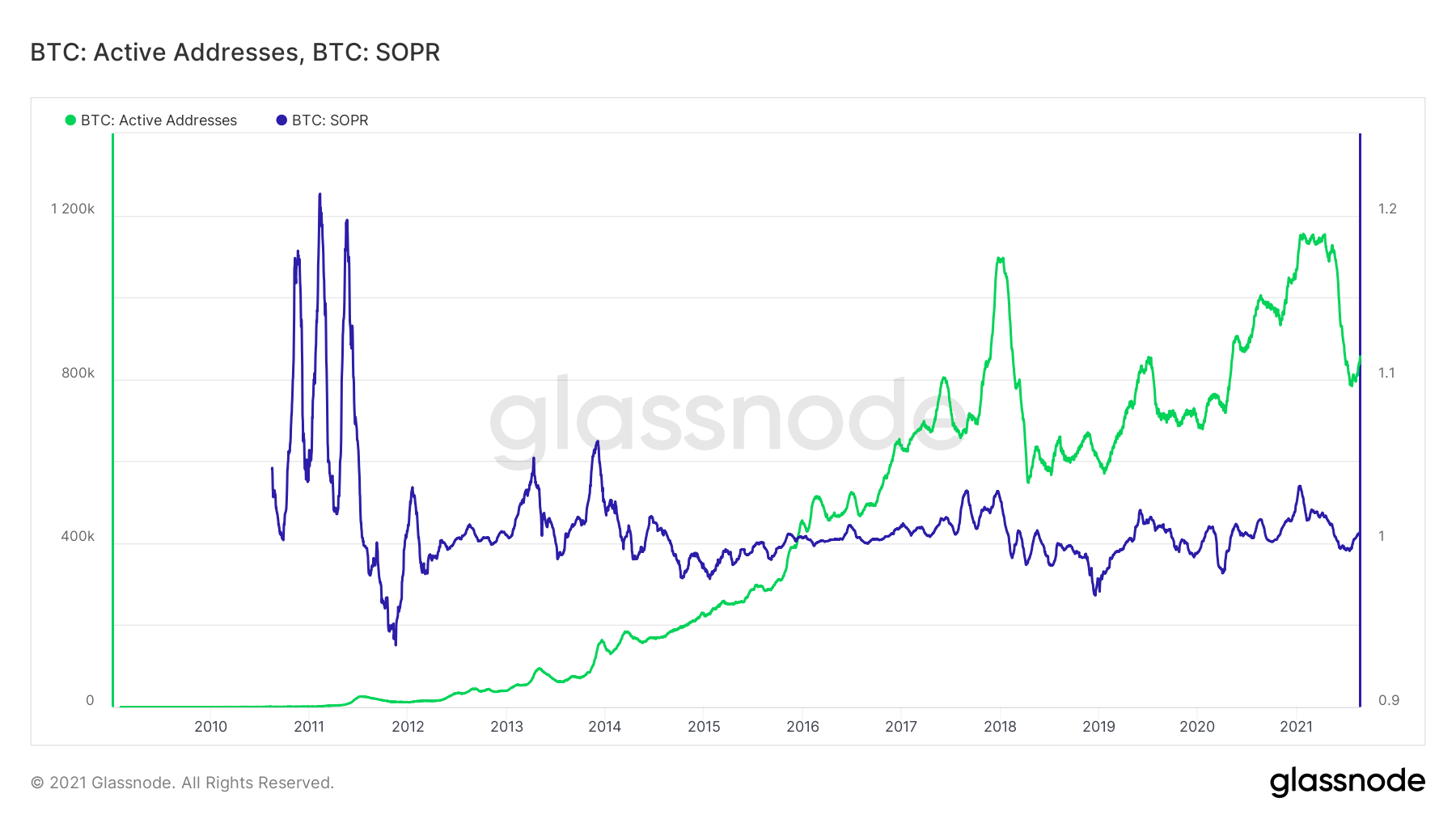 Aligning the existing data with immediate performance, active addresses have definitely dropped a ton since 19 May. What’s more, the prevailing Bitcoin SOPR seemed to point towards stagnancy.

A higher SOPR is a sell signal while a low SOPR is a buy. At press time, the SOPR was more transitionary than anything. What this seemed to imply is that both profit-taking and loss-limitations were neutral.

A few weeks back, this much was clear – Commence position above $42,000 and the bull run begins.

This is still technically correct to some level, but along with price movement, on-chain activity was expected as well. So, while Bitcoin is near $50,000, there are no clear signs that we are heading towards $64,000. At least as far as short-term BTC circulation is considered.

Related Topics:Bitcoin short-term supplyfeatured
Up Next

Traders beware! Ethereum is very likely to drop all the way to…