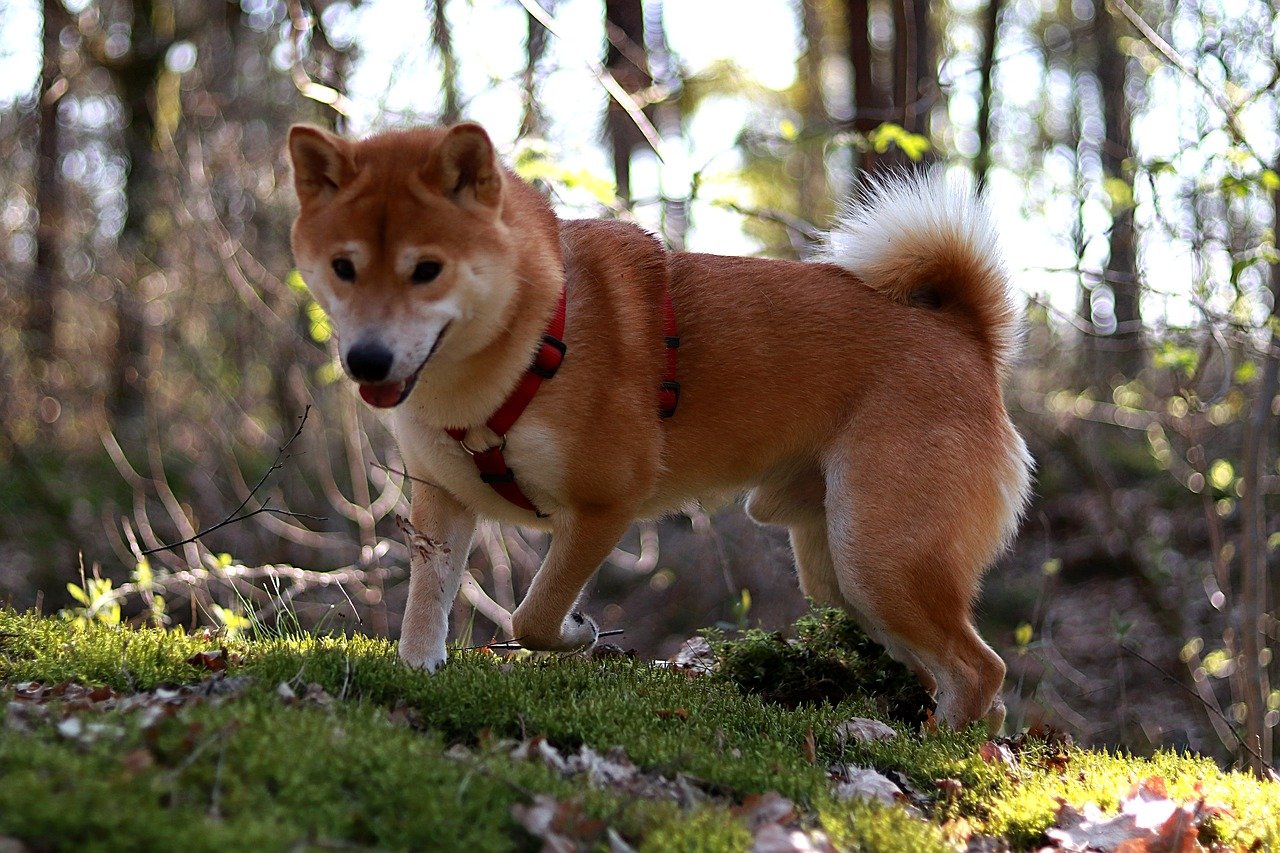 One of the surprising factors in the cryptocurrency space in more recent times was Dogecoin. The “meme-coin” moved to the 8th position on CoinMarketCap within a matter of months. With over a 6500% increase in valuation over the past year, it was undoubtedly the most any coin has gained year-to-date during this time.

According to the latest data compiled by Coinbase and published by MarketInsider, the joke-coin’s trading volumes shot up 1,250%, close to $1 billion in the second quarter of this year. Moreover, from just $74 million a day in Q1, the average trading volume for dogecoin shot up to $995 million per day in the April to June period.

Having started the year at around $0.004, it soared more than 15,000%, to reach $0.70 in May. While it had slid drastically since then, it was still trading at $0.199 at the time of writing. Along with the coin’s enthusiastic community, “dogefather” Elon Musk can be primarily attributed to most of these gains.

Time and again the Tesla CEO has rallied behind the coin on Twitter, reversing its price trajectory whenever it picked up a downtrend. Earlier today, Musk graced his fans with another tweet that pictured his much-repeated belief that Doge is “real money.”

This tweet came on the heels of a larger price recovery registered by the digital asset over the past week. It gained almost 10% during this time. This too was fueled by Musk himself, who revealed at the recent “B-Word” event that he held Doge in his personal portfolio along with making generally enthusiastic remarks about the coin. 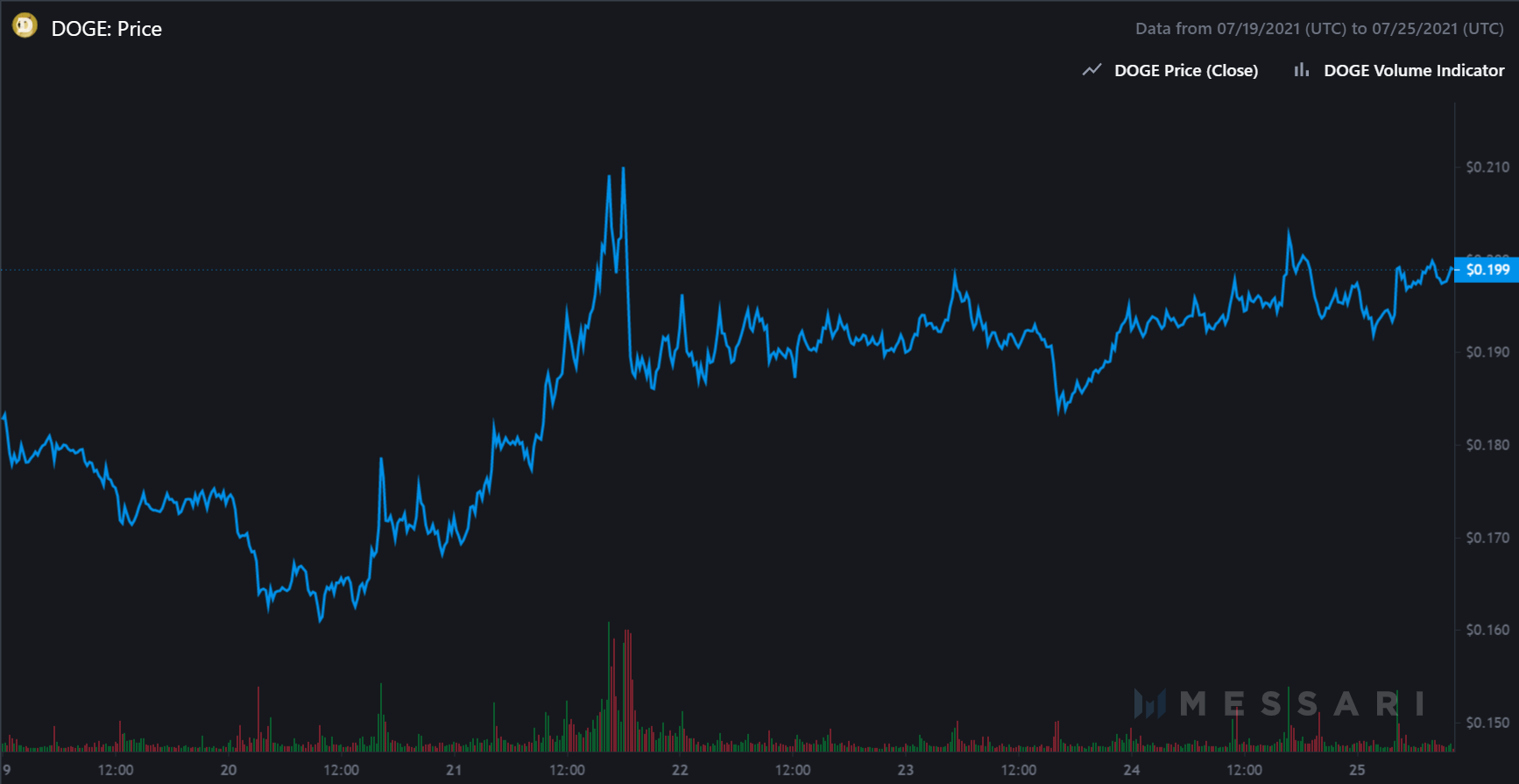 Doge’s price trajectory over the week showed that the coin’s southbound movement bottomed near $0.160 on the day of the event. It then completely reversed to shoot up to $0.200 on 21 July. While it immediately corrected to $0.181 from that top, the movement was mostly sideways since then.

It wasn’t just the price that hiked during this time, as Santiment data suggested even its social sentiments followed a similar pattern. As can be seen in the chart below, the Average Sentiment for Doge had stayed mostly low since its enormous peak in May.

However, the coin could be seen hitting peaks in the past week. At first, it was due to Elon Musk changing his Twitter profile picture in support of Doge and then due to the aforementioned event. While these spikes were followed by immediate drops, they clearly indicate Musk’s effect on larger social sentiments regarding the meme coin. 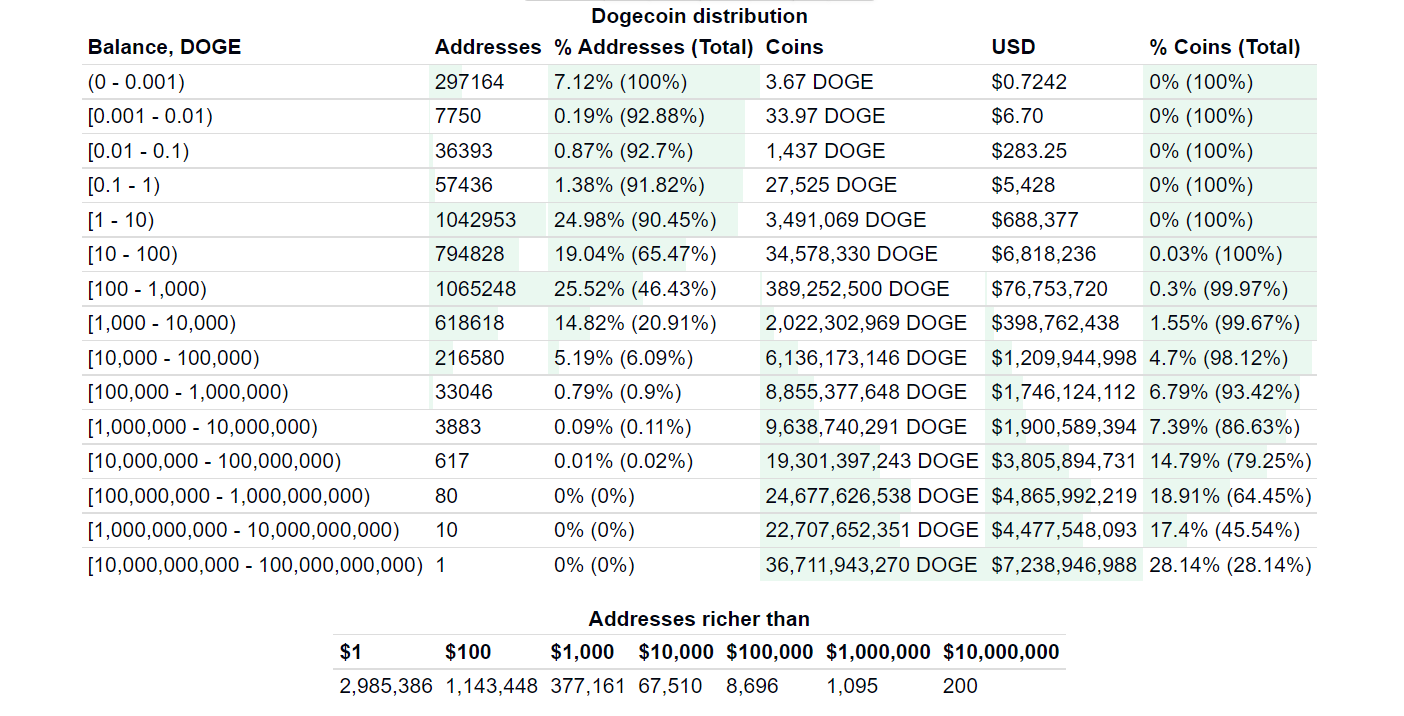 Even if continuous pumping by Musk could briefly improve sentiments and price movements, it can’t overlook the many problems of the network. Many of these strengthen Musk’s claim about Doge being money, as firstly, a large amount of Doge is concentrated in very few addresses, just like fiat is in the hands of the rich. In the attached table, it can be seen that a single address held over 36.7 billion or 28.14% of Doge. Similarly, 0.79% of the total addresses held 93.4% of the total 130 billion+ coins in circulation.

More problematic is the coin’s lack of development activity over the years. When Musk had called out for devs to work on the project during its peak popularity in May, the development activity on the attached chart spiked. However, it clearly fell soon after the hype died out. These larger concerns show that Dogecoin is more similar to fiat as opposed to a decentralized network.

Multiple signs suggested this about Ethereum