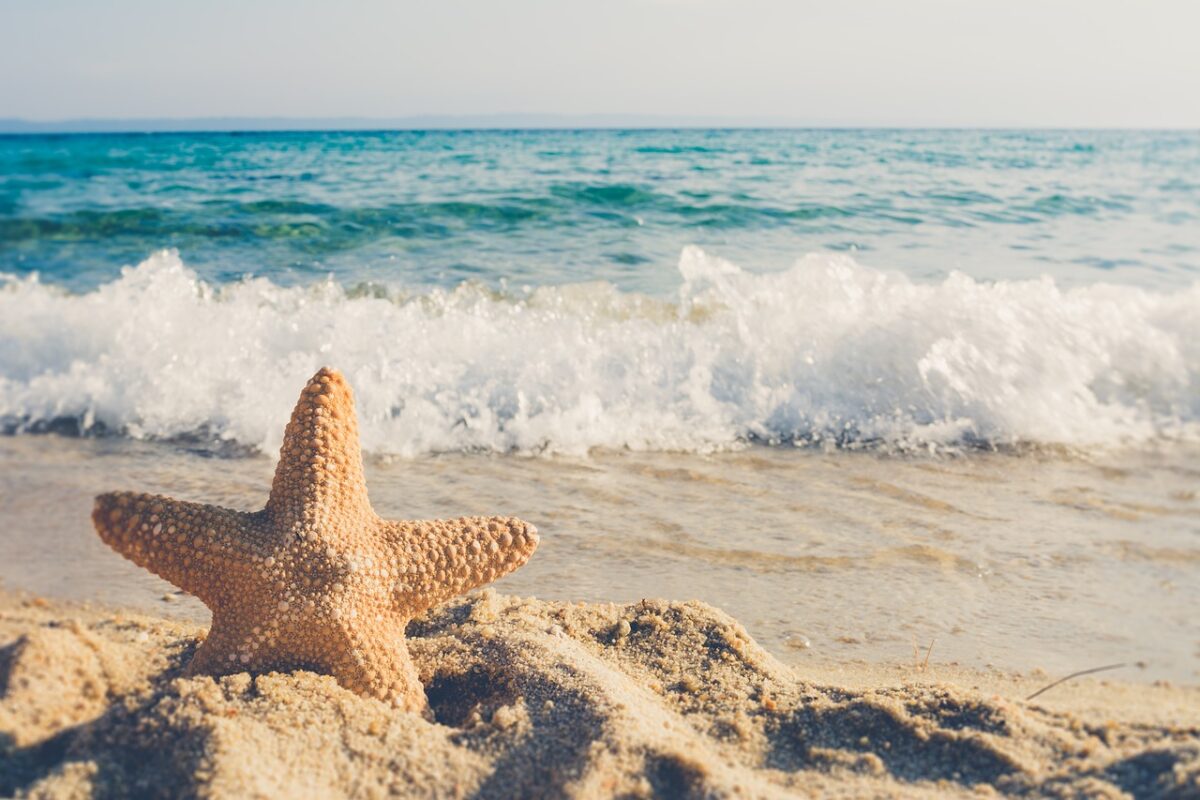 Waves continued higher on its wild rally of the past month. It reached a local high at $31 before pulling back to trade at $26.2 at press time. The announcement of the migration of Waves to Waves 2.0 might have sparked investors’ interest. Buying pressure remained high, and $37 could be the next target if $31.2 is broken. This goes against the near-term bearish mood in the rest of the crypto sphere. And, the most pertinent question here is- Can WAVES continue to swim against the tide? 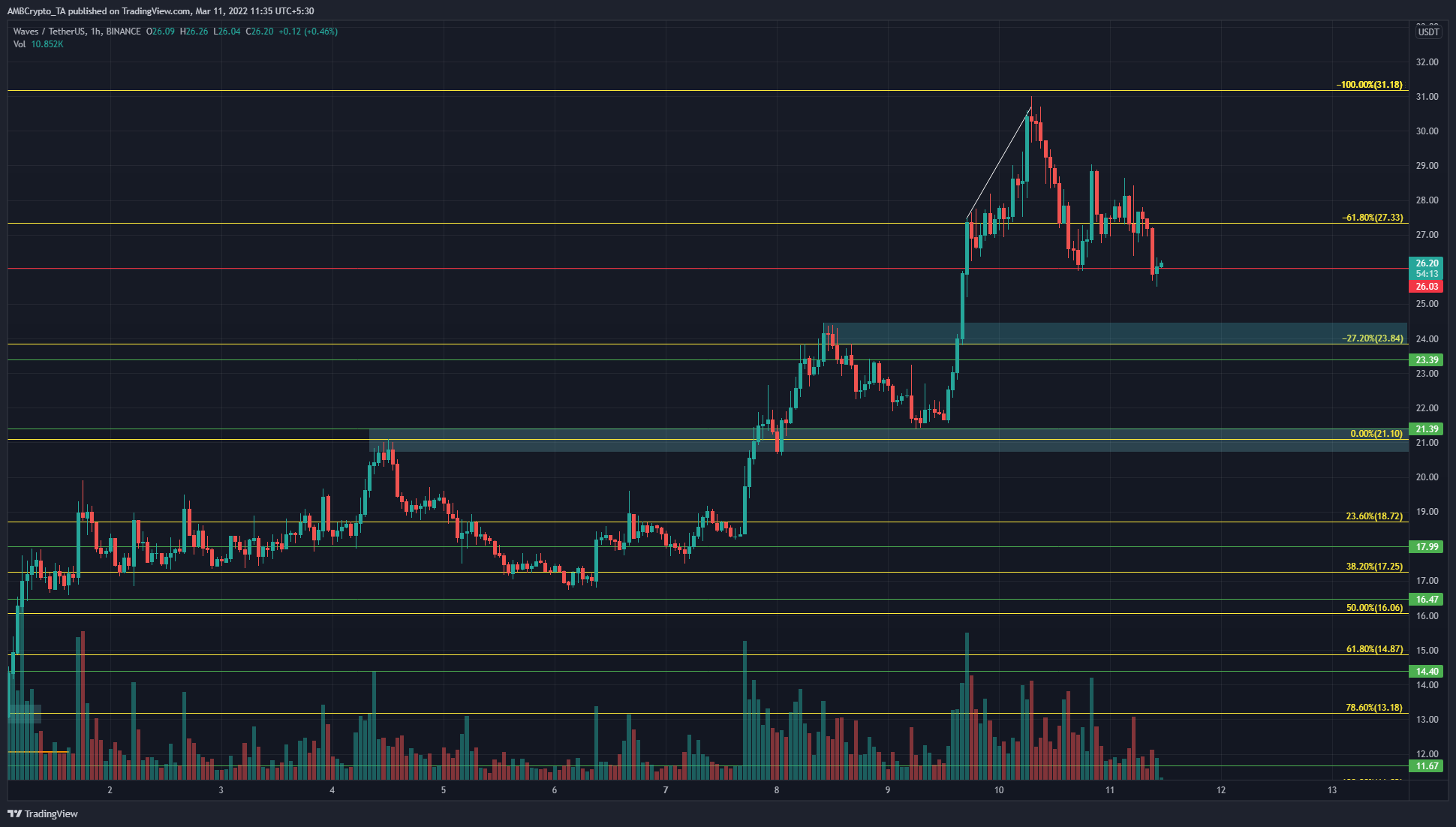 A session close below the $24 area (cyan box) could see a deeper retracement. A move past $28 could usher in the next leg upwards. 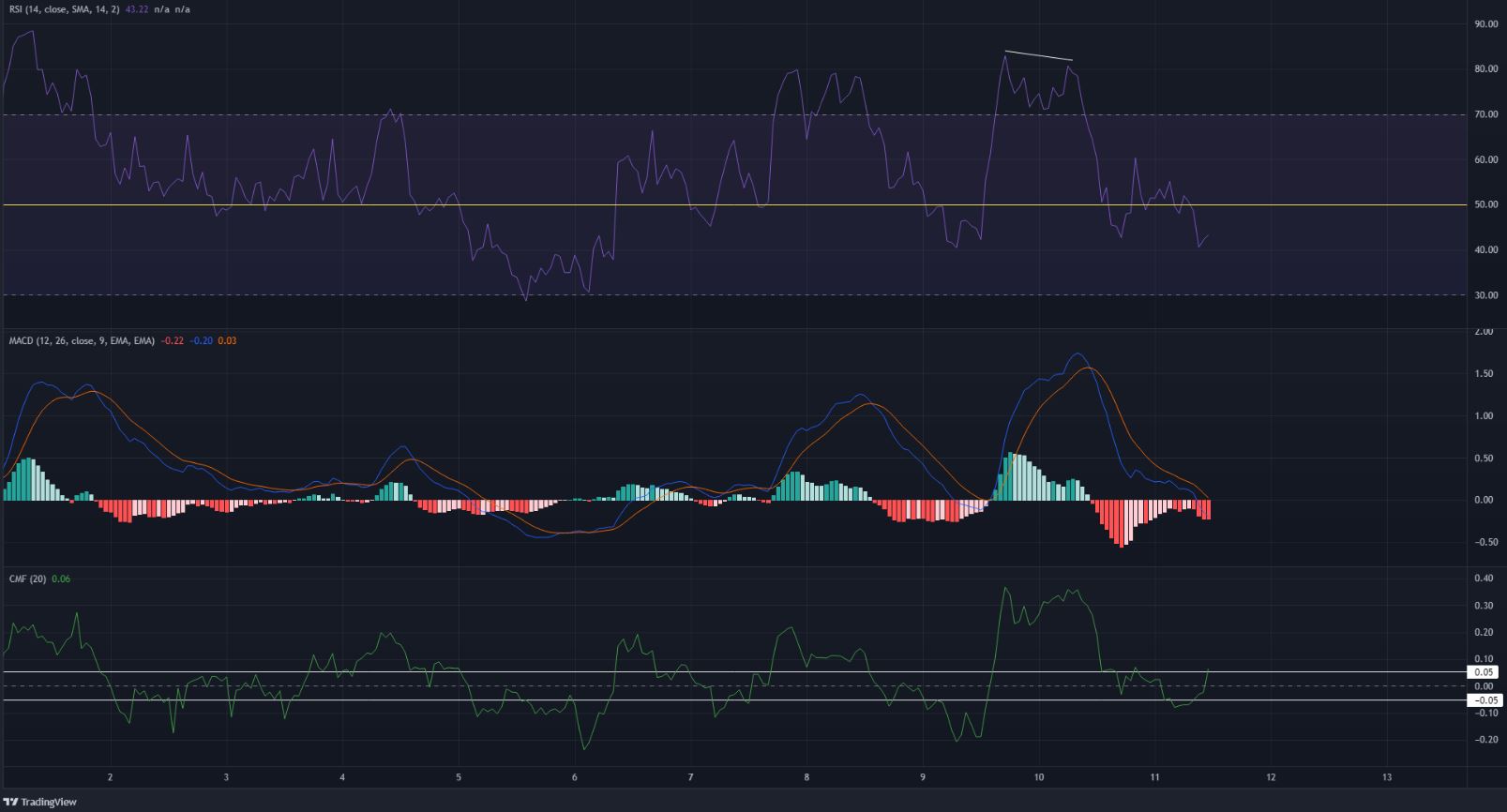 The previous day saw the RSI and the price develop a bearish divergence (white) and saw a pull back from the $31 mark. At the time of writing, it stood at 43.22. A hidden bullish divergence (higher lows for the price, lower lows on the RSI) could propel the price upward once again.

The MACD formed a bearish crossover and also fell beneath the zero line. The CMF was at +0.06. And, once more signaled strong buying pressure.

Bitcoin and the rest of the altcoin market were quite volatile but Waves has known only upside in the past two weeks. This could continue and see the asset trade at $37 soon. On the other hand, a drop below $24 could see the price retrace further.