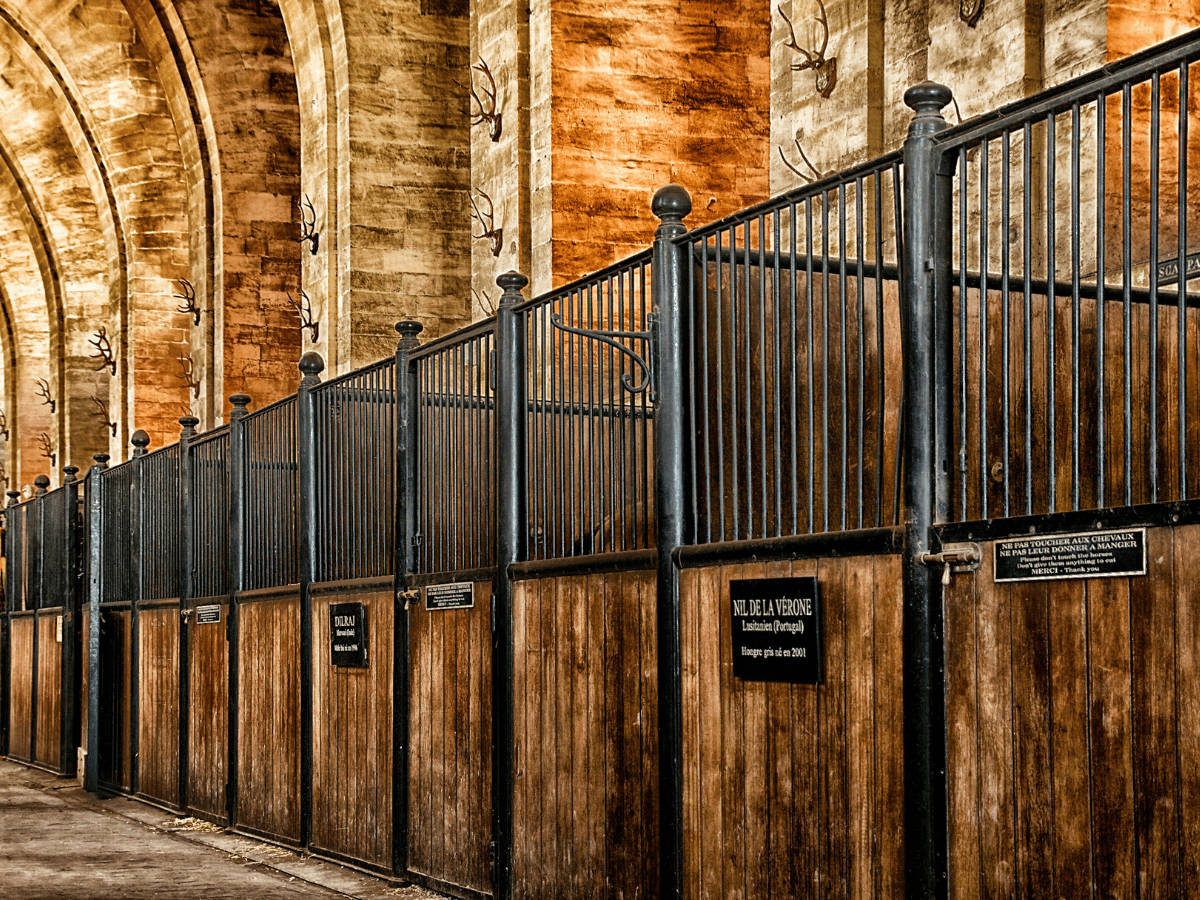 Stablecoins like Circle [USDC], Tether [USDT], and Binance USD [BUSD] provide an opportunity for investors to stay in minimal losses. For some, these dollar-pegged cryptocurrencies offer a chance to go all in on market dips.

Hence, the current condition of the crypto market would have predicted that many investors have enough liquidity in stables.

Contrary to these projections, that may be far from being the situation. CryptoQuant analyst, BinhDang, on 22 August, released a report indicating that the spot exchange reserves of the top three stablecoins are in a below-par status, with USDC spearheading the gloomy state.

BinhDang noted that the USDC was at the forefront of the decline of the reserves holding. While a fall occurred in June as USDC spot exchange reserves fell to $1.3 billion from $1.9 billion in June, the current one has gone extremely low. As of this writing, it was only worth $268 million.

The CryptoQuant analyst said that there are likely events that could have led to these decreases.

One was the notion that both crypto whales and institutional investors may have “exceeded their limits” on Bitcoin [BTC] at several dips. Besides USDC, USDT, and BUSD have also been at extremely low points with no significant surge for over eight months.

A look at the USDC reserves revealed that the holdings have been dwindling for almost a week. After its value was around $4.45 billion on 17 August, its current one was worth $3.26 billion, representing a 4% decline from the last 24 hours. 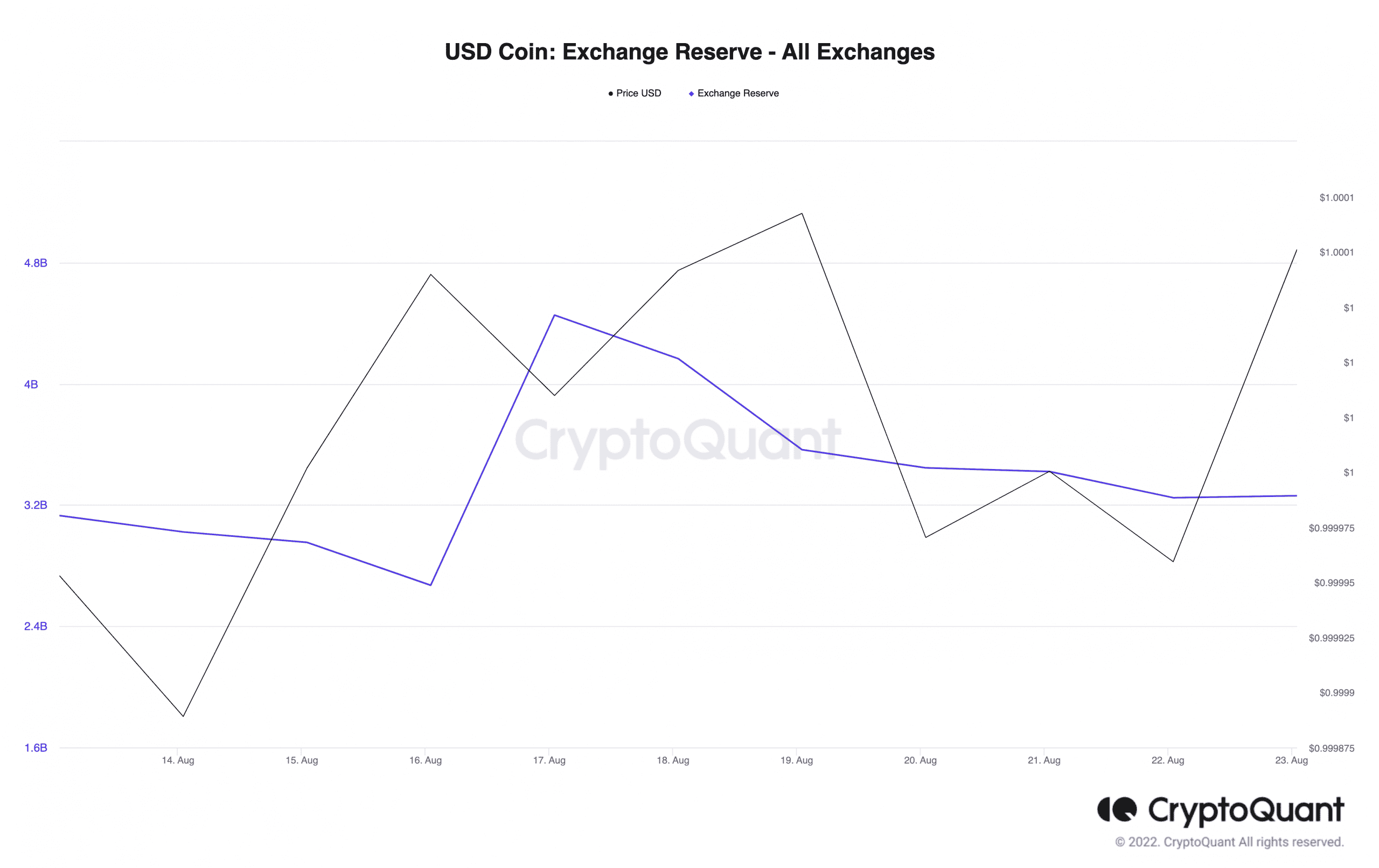 Also, the seven-day mean Moving Average (Mean, MA7) on exchange inflow and outflow had incredibly sunk over the last 24 hours.

CryptoQaunt showed a 70% and 74% decrease, respectively, as per the USDC mean exchange inflow and outflow. 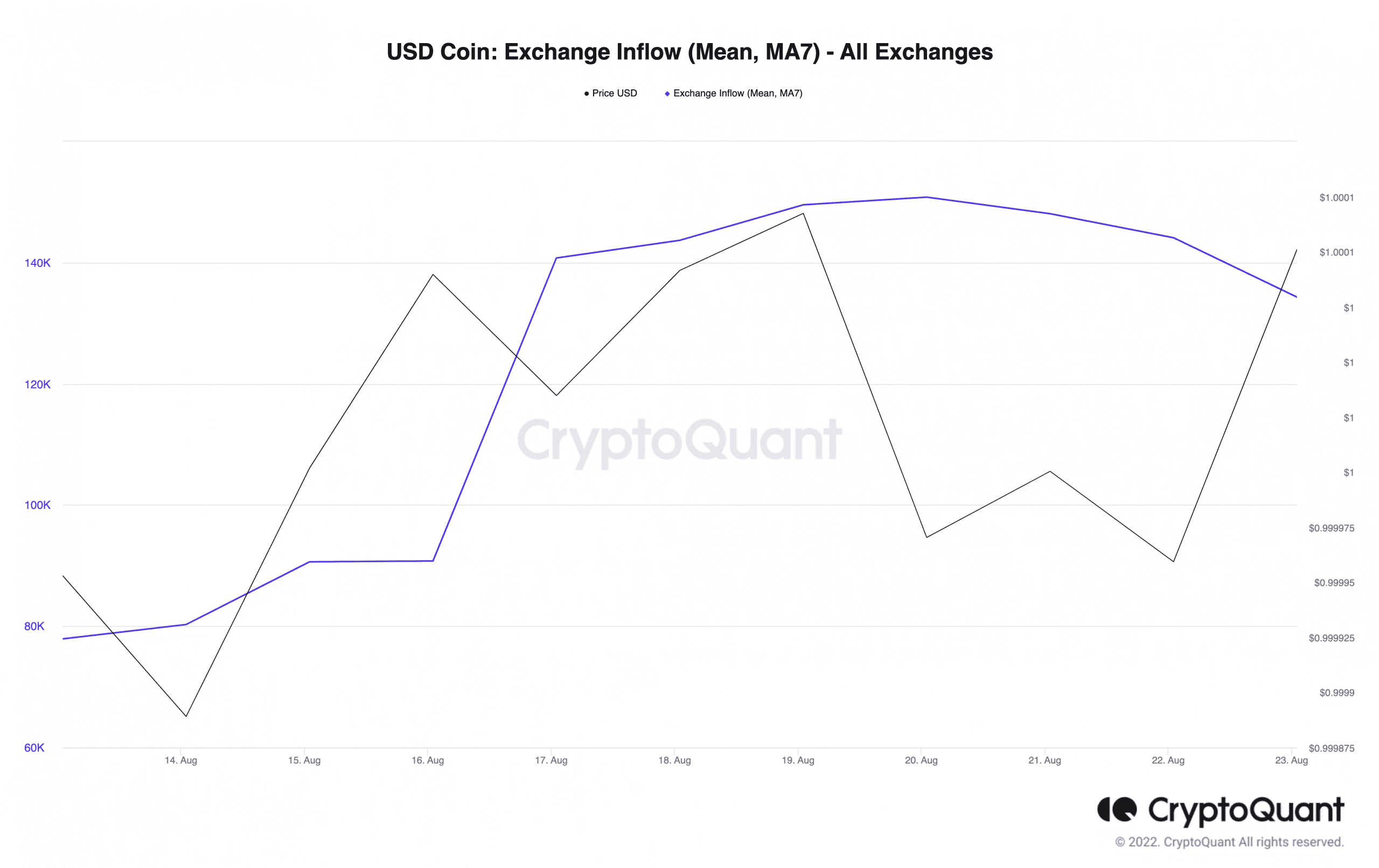 With the consistent decrease, BinhDang’s opinion that both retail and institutional investors are unbothered about HODLing stablecoins could be valid. 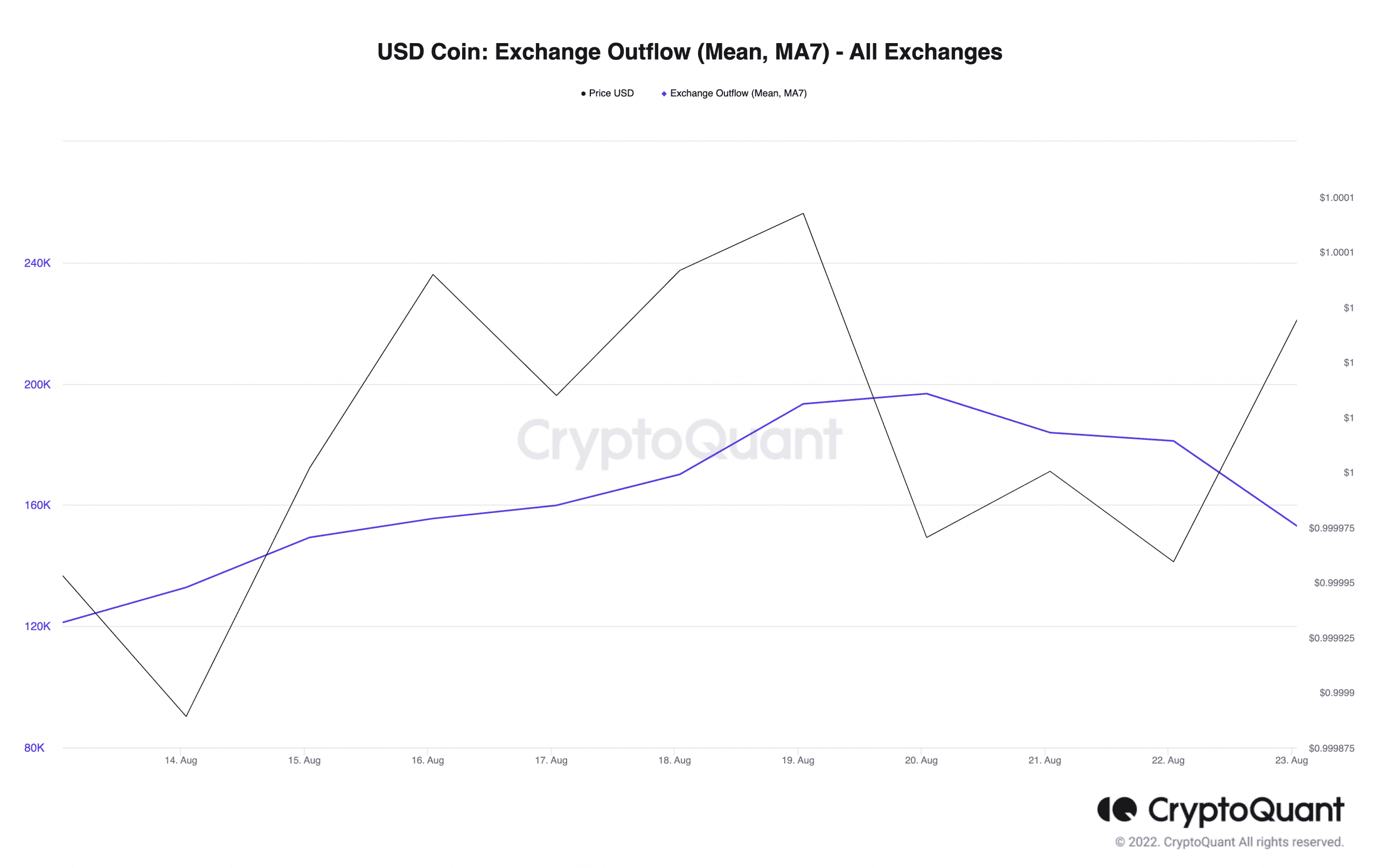 Where is the liquidity?

USDC seems to be gaining more traction over USDT lately. However, that interest hasn’t translated to more holdings for the stablecoin.

Could it be that investors may have been pumping more volume into cryptocurrencies likely to bring in profits?

While assessing the volume of the top two cryptocurrencies, Santiment data revealed that there have just been highs and lows.

Ethereum [ETH] also had a similar trend as the volume dropped from $25.92 billion to $18.09 billion within the same timeframe.

With less holding in USDC, investors could have been accumulating other cryptocurrencies apart from BTC and ETH.

This NFT collection is defying crypto winter to impress investors

Here’s why XRP holders could be jubilant in August