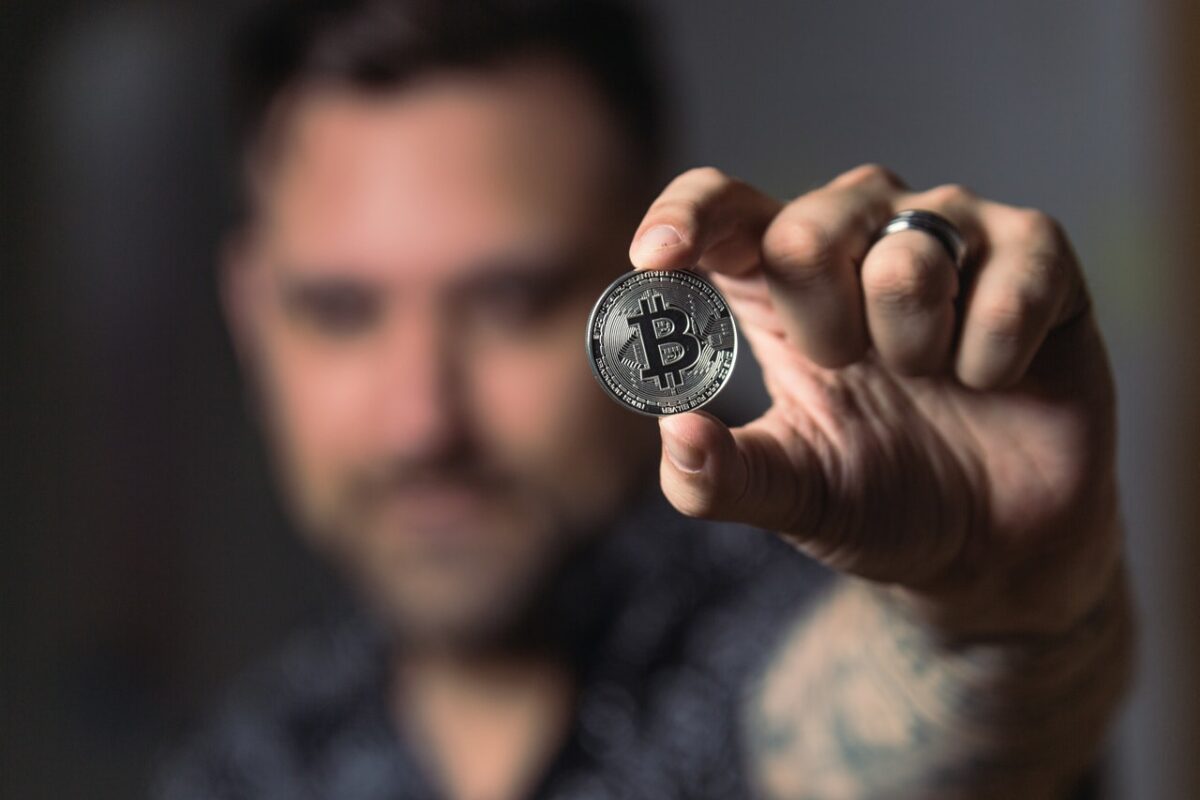 Bitcoin as “digital gold” holds a lot of value in the market for everyone, especially for institutions. It’s natural for them to jump at an advantageous situation, be it bullish or bearish. Thus, it comes as no surprise that with Bitcoin falling at the moment, institutions seem to be pulling out as well. However, their habit of drawing out the most profits has created an unexpected shift in historic patterns this time.

Can this be considered as a sign of change in the BTC market?

Everyone is aware of Bitcoin’s recent mind-boggling volatility and how it had been struggling to hold its ground. This changed with this week’s close as BTC fell through every major support level. As described by Rekt Capital, Bitcoin lost the 2021 higher low. It lost the multi-week higher low, as well as the 50 week EMA as support. During such circumstances, a majority of institutions changed their bullish position on Bitcoin.

#BTC has finally resolved the price compression that occurred between the 21-week EMA resistance and the 50-week EMA support$BTC has confirmed a breakdown from the 50-week EMA#Crypto #Bitcoin https://t.co/Ri32ro7OcJ pic.twitter.com/0uwm9qZMwr

The first and foremost evidence of this phenomenon is the discounted GBTC premium. Continuing from last week, the GBTC market price was trading at a heavy discount ranging between -11% to -15.3%. While it may not be the best, it is still an improvement from the May lows of -21.3%. This is proof of how lackluster the demand currently is for Bitcoin in the spot markets. 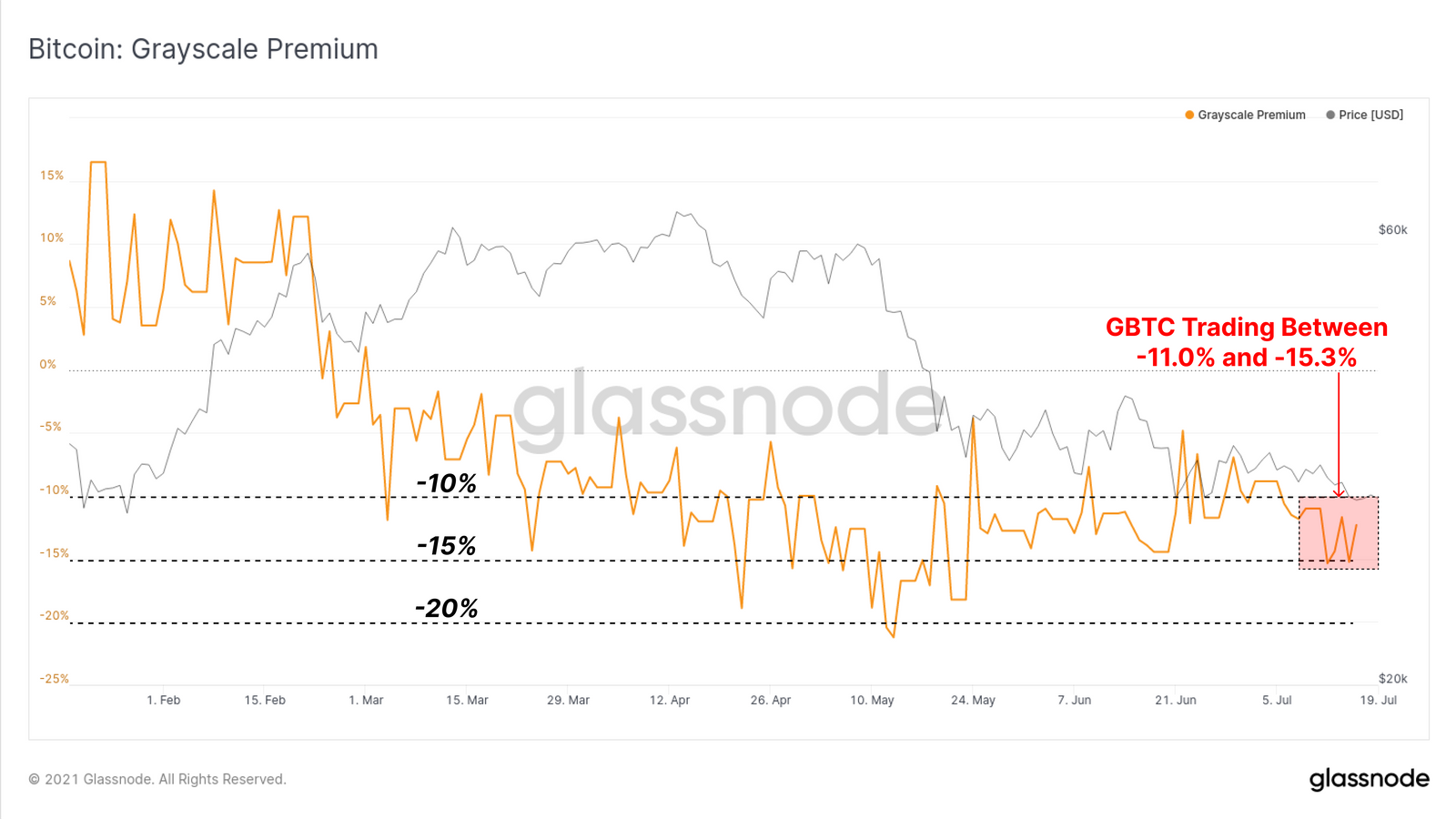 Similarly, the falling Purpose BTC ETF inflows are a major indicator of weak institutional demand. This week observed the largest net outflows of -90.76 BTC, despite the relatively strong demand throughout May and June. This figure denoted the highest outflows Purpose ETF has seen since the dramatic market corrections in May. 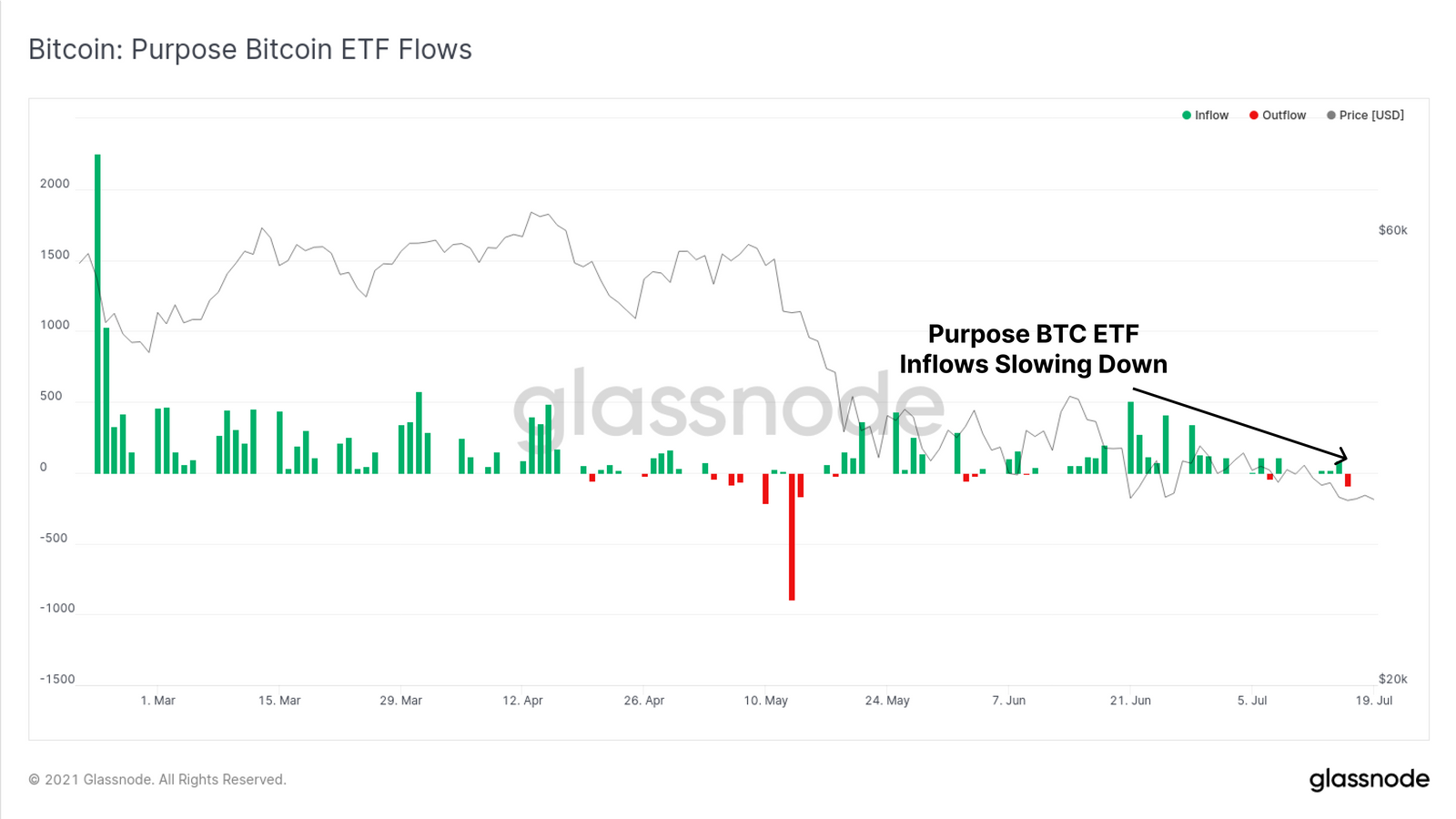 Curiously, the OTC desk holdings deviated from the traditional structure of outflows and registered surprisingly strong inflows. Breaking the outflows trend that BTC had been following since November 2020, this week, the chart registered net inflows of 1,780 BTC. Now, this could be an indication of a trend reversal, but only time will tell if this simply has a short-term impact. 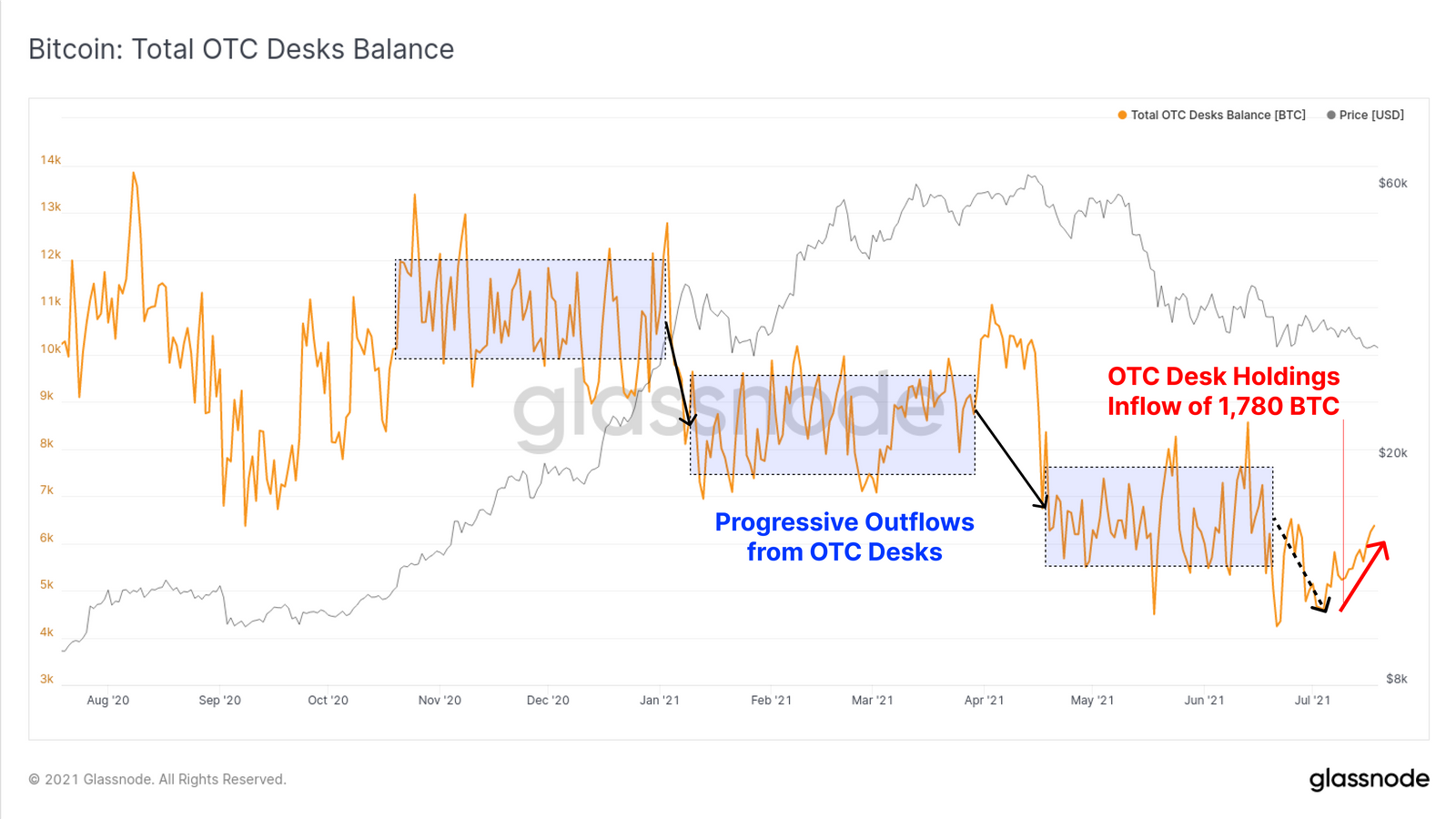 Will this trend change?

No observation or speculation in the crypto-market is an absolute guarantee. Thus, it is not as simple as a yes or no. To elaborate on the same, we can look at the active addresses of Bitcoin holders with balances ranging between 1,000 BTC to 10,000 BTC. While the former is at a yearly low, the latter has been falling consistently since November 2020.

However, some good news could be coming up in the form of the B-word event which is described as “A Bitcoin focused initiative that aims to demystify and destigmatize mainstream narratives about Bitcoin and explain how institutions can embrace it.” If this initiative improves the condition of institutional demand in the BTC market, “Muskrat” could be slightly forgiven for his tweet-er games.

Bitcoin: This is what institutional investors are going to do in 5 years

Gold or Bitcoin – Where can you park your funds?