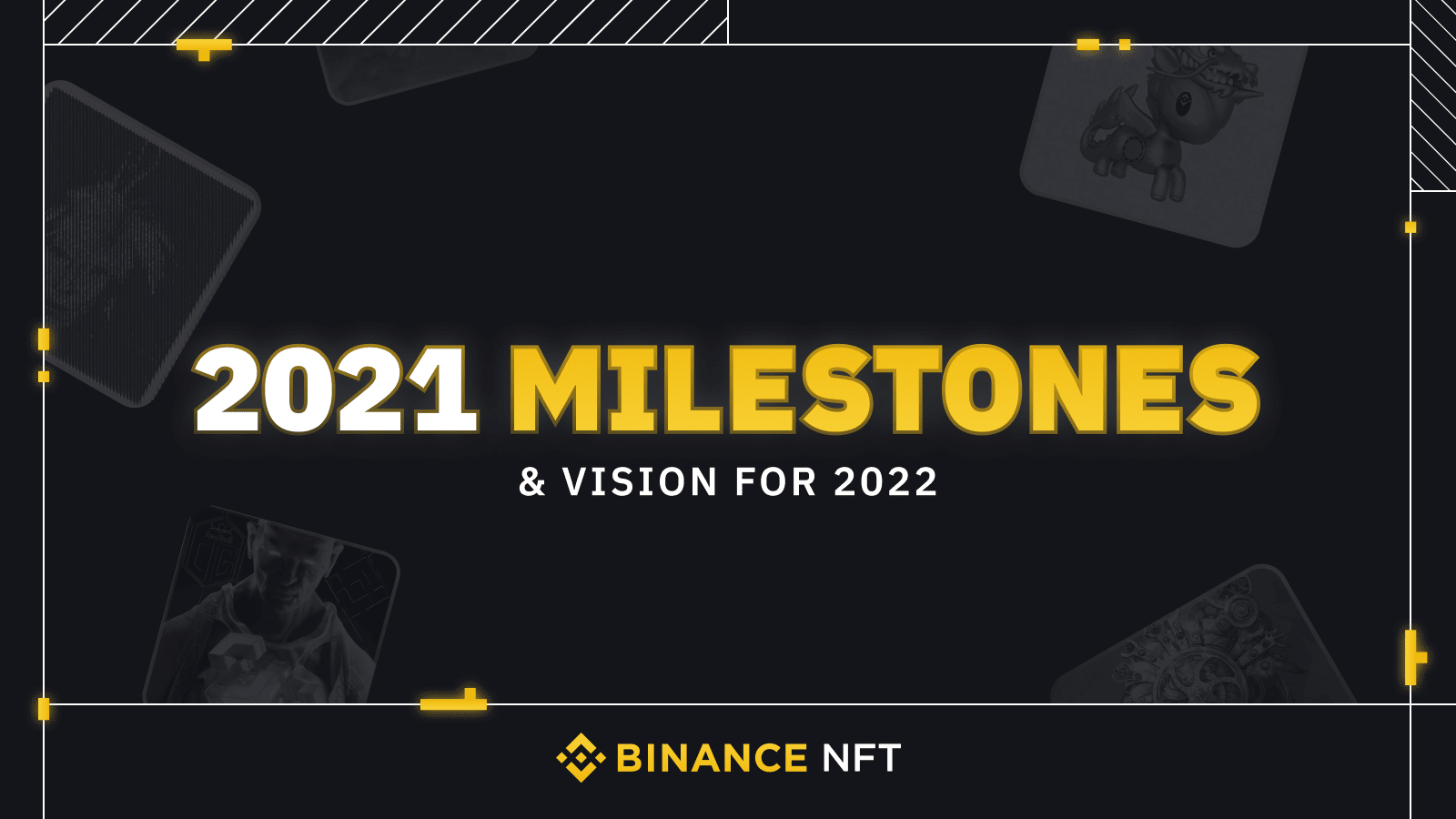 It’s the New Year – The only time people pause and look at how things were going on for the year and how they want the coming year to present itself. This reminiscence and resolution moment does not just stand true for people, but also organizations, entities, and industries.

Now, the year 2021 has spilled good, bad, and ‘meh’ moments in the world. While several persons and industries have gone through at least two such moments, there was a particular sector that had a whale of a time – The crypto-industry.

The crypto-space did not just register the year as its brightest ever on the back of one reason, but plenty. Some of the main highlights that led to its boost were Bitcoin’s price rally, the rise of NFTs & DeFi, El Salvador’s Bitcoin adoption, and the vivification of DAOs on the back of ConstitutionDAO.

Interestingly, NFTs have easily outrun the outperformers this year. Non-fungible tokens proved to the world that blockchain technology was truly capable of disrupting all industries and not just finance. This part of the cryptoverse saw artists and collectors flocking to be part of the digital art market. The craze saw millions being transacted between artists, collectors, gamers, and more.

Notably, the rise of crypto cannot just be attributed to the rise in crypto-trends and innovation, but also to the ones that support them and give them a platform. When the NFT marketplace started to gain traction, several crypto-platforms jumped in to create a space that would not only be safe but also user-friendly.

In this matter, Binance – a leading cryptocurrency platform – outperformed several in the market.

After realizing the impact NFTs could have on the ecosystem, the platform decided to launch a creator-first NFT platform in June 2021 with the intent of maximizing the creator’s value. Since then, the platform has grown to become one of the world’s most popular curated NFT marketplace, truly creating a single door for collectors, artists, gamers, and crypto-enthusiasts.

The platform rose to the top on the back of its constant efforts to make its NFT marketplace as user-friendly and feasible as possible. A result of acting on not only its personal inputs but also the users’ inputs.

The platform paved a path for the creators to express themselves by introducing a creator’s profile and collection pages, among others. It also started ranking boards, better indices, and recommended a collection section to promote art and artists.

By placing itself among the top NFT marketplaces, the platform saw collaborations with renowned brands acting as a museum for some remarkable NFTs. This included pieces by da Vinci and Van Gogh from the State Hermitage Museum, digital fashion art by Vogue Singapore, Jimmy Choo, and Balmain Paris.

As an icing on the cake, celebrities from various fields too joined in the show, including Alessandro Del Piero, Michael Owen, and Lewis Capaldi.

One door for all

Taking a step further, Binance opened its doors for NFTs coming in from decentralized platforms. It cemented the way by integrating WalletConnect, a protocol that connects with DApps, thus making NFT transactions hassle-free.

Additionally, Binance also announced multi-chain support for NFT deposits and withdrawals. This allowed users to transfer NFTs to and from Binance Smart Chain and Ethereum networks, resulting in several creators and collectors joining the platform.

So far, Binance NFT has hosted 1000s of creators worldwide, listed over 2.5 million NFTs – ranging from arts, collectibles, gaming, entertainment, sports, and more. Notably, all support provided by the platform for the creation and listing of non-fungible tokens made it a top destination for NFTs.

The marketplace has registered a 30x growth in its trading volume since the time of its launch.

While Binance put in all its efforts in creating a better marketplace for NFTs, its work did not just stop there. The platform took steps to make it a fun and memorable journey for all crypto-enthusiasts. It did so by launching the first-ever NFT mystery box. This initiation gained so much traction that the platform sold over a million boxes while recording over $360 million trading volume in its sales.

Moreover, the platform was one of the first in the crypto-verse to recognize the potential for gaming NFTs. Aiming to further the growth of the market, Binance launched Initial Game Offerings [IGO]. In pursuit of the same, it has managed to collaborate with over 60 gaming projects and listed over a million gaming NFTs – Such as in-game weapons, character skins, and power-ups.

Giving back to the society

What sets the platform different from the rest is its commitment to giving back to society. Since its launch, Binance has dedicated itself towards contributing to society with Binance Charity. This saw the platform collaborating and partnering with several non-profit groups and NGOs. This time too, an effort to give back was taken.

Accordingly, Binance launched its ‘NFT for Good’ section on its marketplace – Its first-ever charitable NFT collection. The charity recorded the participation of three influential people – Jon Burgerman, Ronald Kuang, and ATTA. All in all, the collections raised a total of 65000 BUSD, with the proceeds going to children in need.

In addition to this, Binance’s NFT platform collaborated with Djimon Housou and Laolu to launch ‘Time to Heal’ NFT. Part of the money raised from the NFT would go to Djimon Hounsou Foundation – A non-profit organization that’s fighting modern-day slavery and human trafficking.

Having done all this, Binance is nowhere done with its NFT journey. The platform has already laid out the steps it would take to encourage more growth of the NFT space this coming year. Among them, the key move would be the NFT marketplace’s upgrade for on-chain transactions.

This ‘game-changer’ model could help AVAX ‘outperform’ in 2022